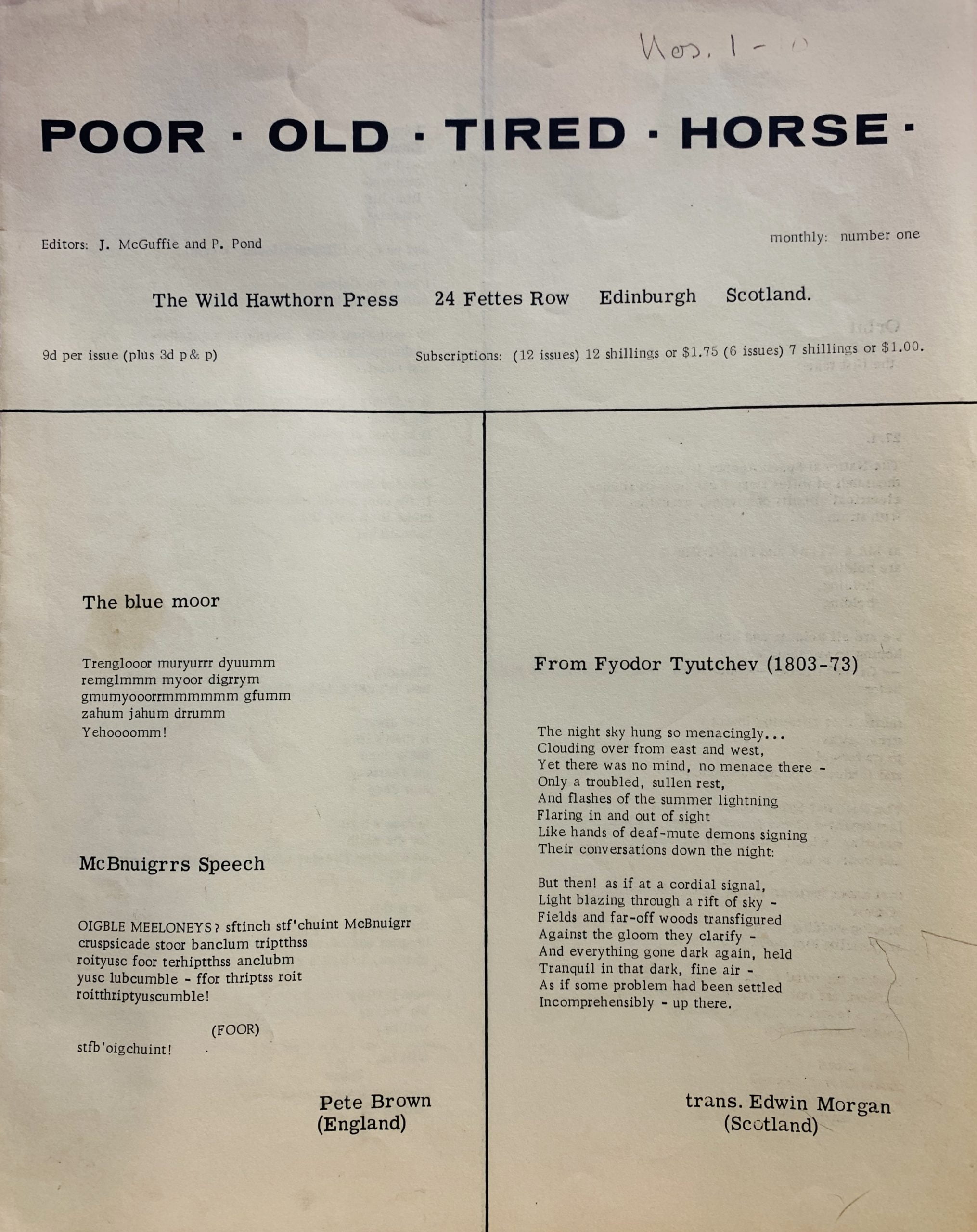 Edinburgh; Wild Hawthorne Press, 1962
30 x 21cm, 4pp. The first number of Finlay’s international poetry publication (edited by J. McGuffie and P. Pond) with contributions by Pete Brown, Edwin Morgan, Alan Riddell, Anslem Hollo, Gael Turnbull, Lorine Niedecker and one short poem by Finlay himself.
The poems in this first number of the journal are pretty much standard format although there are two sound poems by Pete Brown. Edwin Morgan translates a 19th century poem by Fyodor Tyutchev. Anselm Hollo has a long poem called Orbit which takes space exploration as its theme and Finlay’s first POTH published poem is “Another Huge Poem for Hughie” – and it reads like an inside joke and I cannot understand it other than the joke that the “hugeness” of the poem consists of 21 words. VG condition. This is an uber-rare item – hardly any exist on the open market.