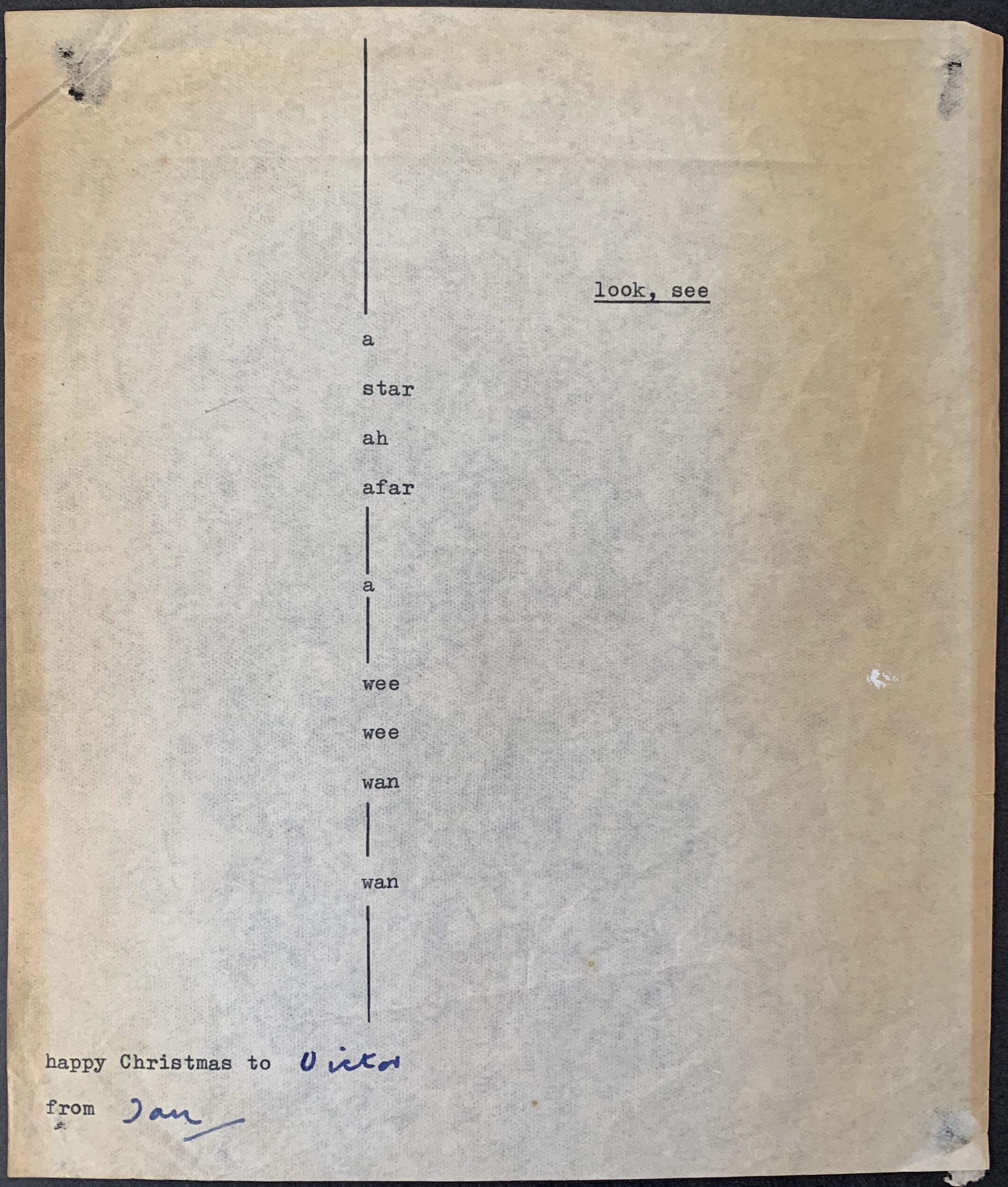 Posted at 17:40h in Unique Works by paul robertson

N.p:. s.p. (Finlay), Christmas 1962
20.3 x 17.4cm, original typescript on typing paper – with an original poem entitled “Look, see” – the first work by Finlay that may well be identified as a visual or concrete poem that we know of. The text- A star ah afar a ww ww wan wan – is similar to other works by Finlay of the time which use modern day Scots vernacular but the placing of the words one above each other connected by vertical lines (which would have taken some care in construction) give an additional meaning to the text – indicating the act of looking up at a star. The context of being a Xmas gift to Victor Vasarely (the letter is signed to him) gives this work a slight religious overtone.
The letter is hand typed but there was probably more than one made as the “Happy Christmas to” and “from” parts are typed and the name later hand written in by Finlay suggesting others to other friends were made but we have never seen another example of this work.
This has been glued at some point in an album (there are paper lacks in the corners of the page where it has been removed and it is somewhat browned but this is an important and quite possibly unique document.