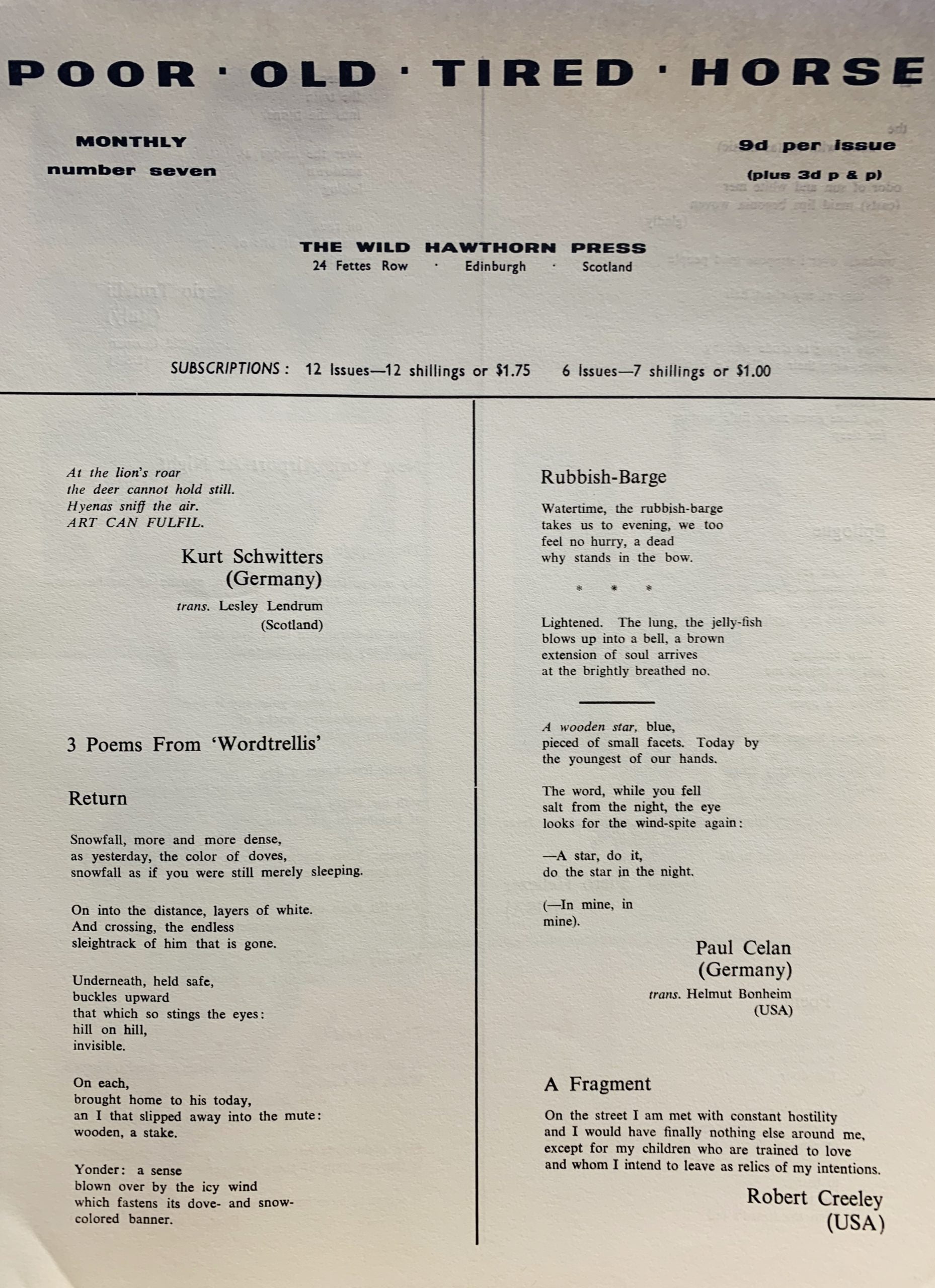 The inserted sheet has three images in b/w by Bud Neill and Alexander McNeish as well as the work Drawing by Ferando Lemos which is clearly a visual poem and continues the introduction of such work to the POTH series. Thereafter this number almost all following issues were primarily concerned with such formats rather than traditional poetry structures.