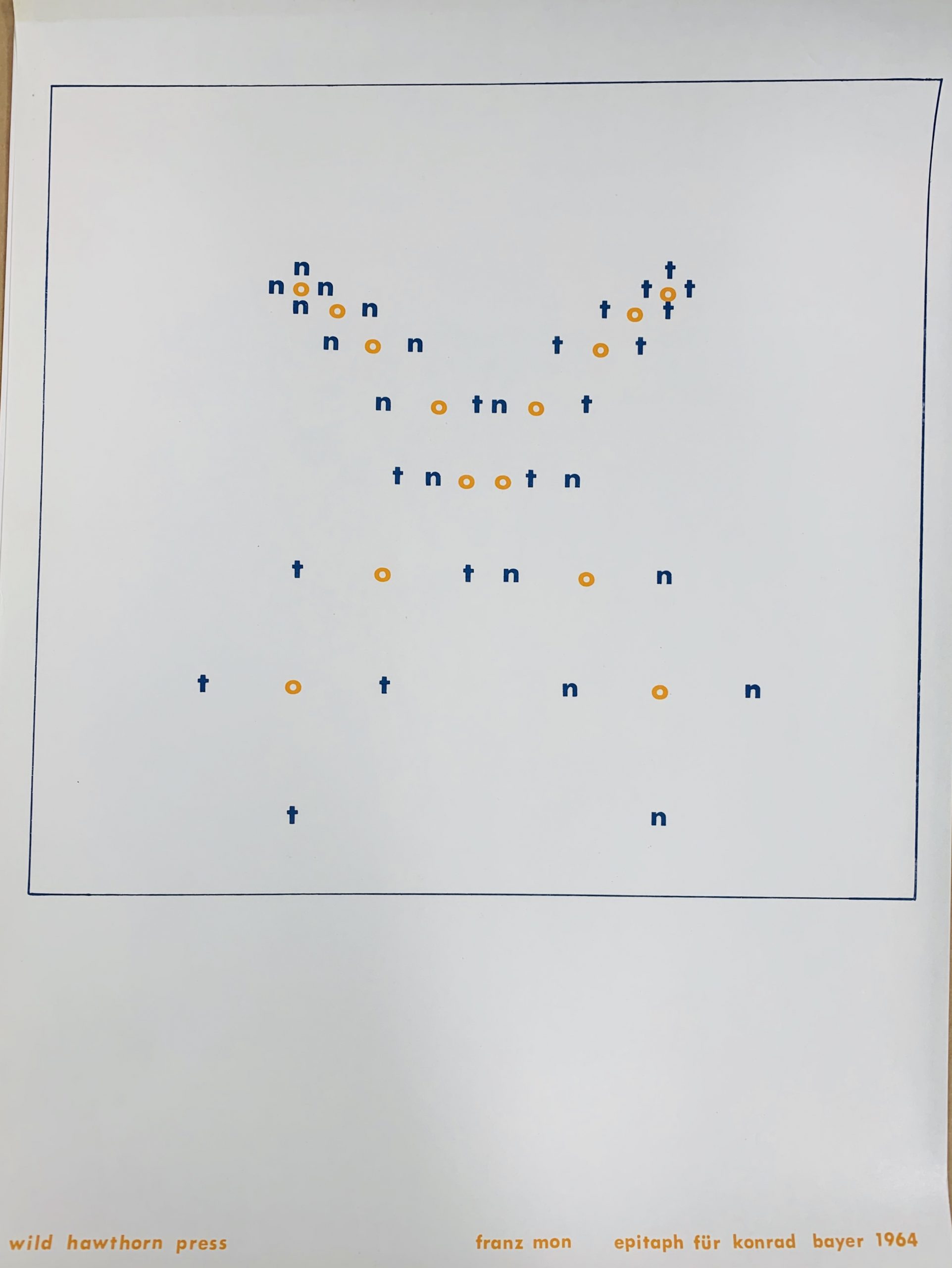 Dunsyre: Wild Hawthorn Press, 1964
58 x 43cm, orange and blue silkscreen. Concrete poem - one of the earliest publications of the press. The print is a number of letters N, O and T placed in such a way that different combinations create small words. NON, NOT, TOT - which have negative overtones in English and German. The larger shape of all the letters looks like an X - another negation.
Bayer was an Austrian writer and poet who was a member of the Wiener Gruppe. Franz Mon was also an experimental poet and like Bayer was also influenced by Dada.
Very good condition - this was the seventh publication (ignoring the POTHs) released by Finlay's press. VG condition.