Dunsyre: Wild Hawthorn Press, 1964
55 x 43cm, blue and light blue on white silkscreen. This visual poem by Furnival is an image of the Great Bear (Ursa Major) made up of the words BEAR, OURS, NU. Much like in the night sky the shape points to the POLE Star but here it is designated POLAR - hence creating a polar bear.
This was the tenth ever print created by the Wild Hawthorn Press and is very rare.
There are pin pricks in the corners of the print where it has been placed on a wall (possibly during poetry readings and then recovered as Finlay often did in the early years. Murray 1.10.
BR>... 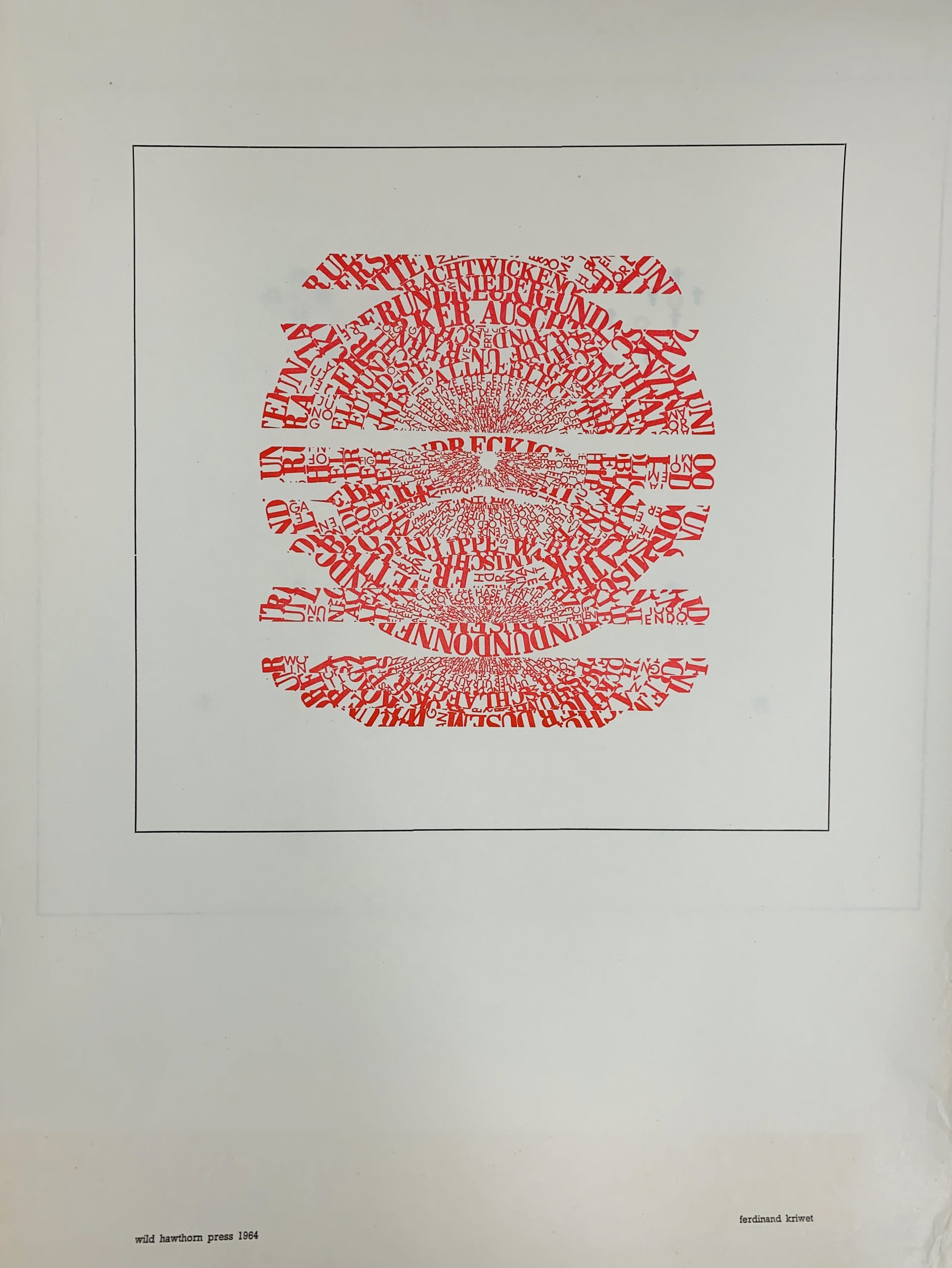 Dunsyre: Wild Hawthorn Press, 1964
55 x 43cm, red and black silkscreen. Concrete poem typical of Kriwet's style of overlapping text to make larger patterned images. One of 300 such prints made. This was the ninth publication of the press (if one does not take in account the early POTHs). VG condition. Murray has this as 1.9.