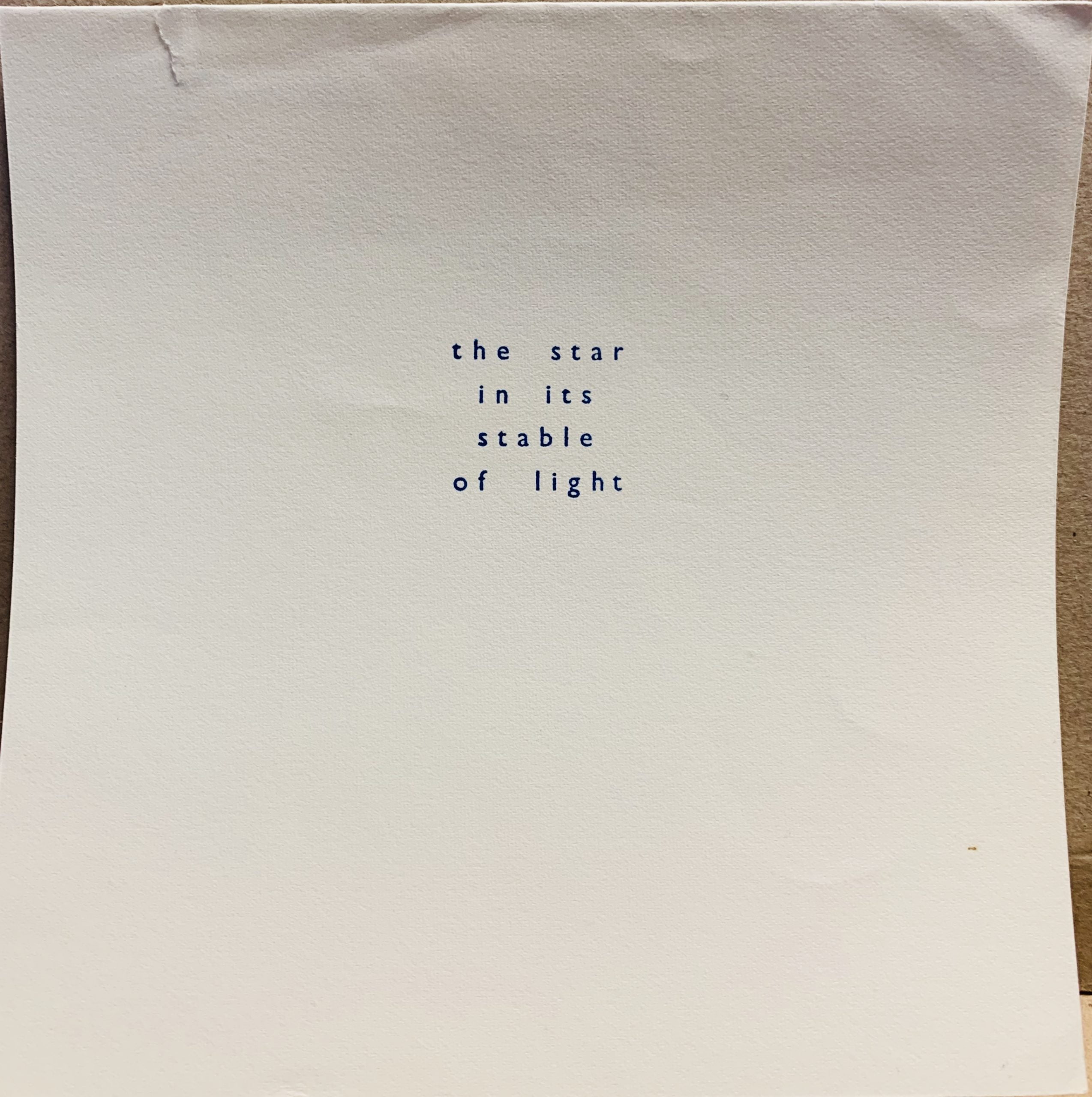 14 Dec THE STAR IN THE STABLE OF LIGHT. 1964. VERY EARLY CHRISTMAS CARD SIGNED.

Posted at 21:26h in Artist's Postcards

Edinburgh: Wild Hawthorn Press, 1964
14 x 16cm, 4pp (folded single card). This card is 1965 (as can be attested by the franking on the envelope and not 1964 as Murray's very flawed catalogue raisonne has it). According to Murray this was Finlay's second published card but we have examples of other cards from before this time that Murray did not know about - but this is early nonetheless and part of Finlay's habit of producing bespoke Xmas cards for friends. This card simply has the title words on the front - each centred around the middle line. A religious reference to the crib but also to the way a heavenly star will often be seen to have a shimmer surrounding it - again one might imagine a reference to a crown (from an attending King perhaps?).
An extremely hard card to find - we have seen only 3 examples in 20 years and it took us that same amount of time to find one for this collection. One small tear to the card on the right from being poorly opened in the envelope, internally this is signed "Happy Christmas from Ian" and is with the original postal envelope hand addressed by Finlay to Fred Hunter. 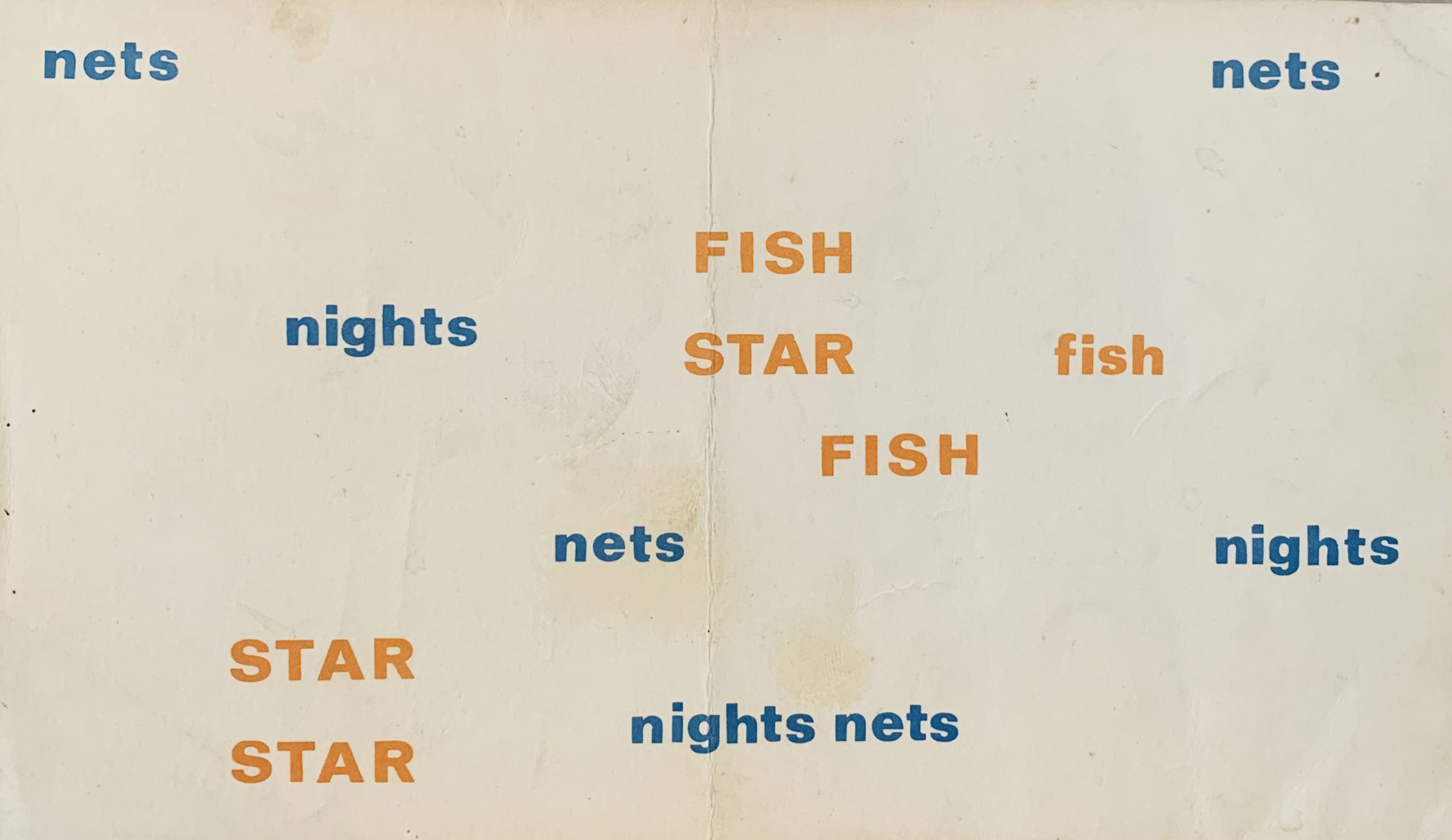 Posted at 16:23h in Artist's Postcards

Edinburgh: Wild Hawthorn Press, n.d. (1964)
16.3 x 27.9cm, 1pp. Printed blue and orange on off white card. An extremely early Xmas card sent out privately by Finlay to friends and associates. The work is a concrete poem which contains recognisable early themes by the poet - the words all relate to the experience of commercial but small scale night time fishing in Scotland - the nets, the star, the fish all can be found in the shape of a constellation (later similar works build on this idea). This card on the back has a handwritten greeting "Happy Christmas to Victor (Vaserely) from Ian" and the date 1964. The latter is important because else this card is unknown in the literature and the date would be unknown.
Former folded in the middle and some stains but this is a rarity amongst Finlay artist postcards.