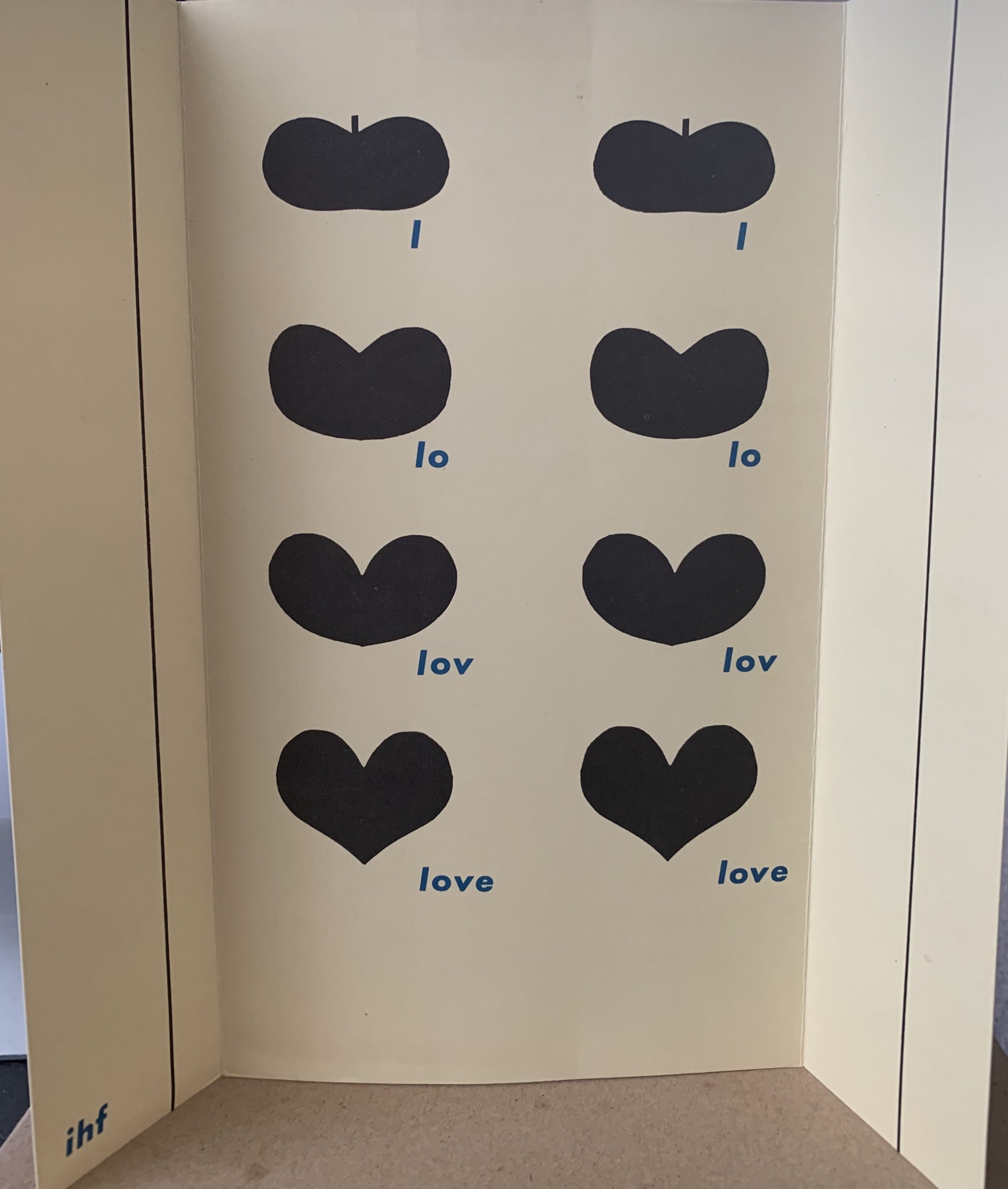 Posted at 18:37h in Artist's Postcards by paul robertson

Edinburgh: Wild Hawthorn Press, n.d. (1965)
5.8 x 14.2cm, printed 1pp. Folded on both sides allowing the card to stand as intended. The inner images are of an apple and stalk in black which metamorphoses step by step into a heart. Alongside that graphical change the word LOVE slowly emerges also first with a l then LO then LOV then LOVE. On each step the letter shapes added have some similarities with the red apple shape changing – for example the V in love appears as the top of the round apple indents in a V shape as part of the way to the final image. This is then mirrored by a second exact group of images and text in parallel.

The previous standing card (Standing Card 1) involved a pear appearing and disappearing – here an apple has a similar fate. In a simple card expressing love is a depth of metaphor and physical similarities. Like much of the best of Finlay the work has multiple readings.

This is the second version of this Standing Poem 2 – it is slightly larger than the earlier (?) version, the colours are blue and black and printed on light yellow card. The black colour of the apple/heart image is a single tone in this one (in the other card they are red and black). The text L LO LOV LOVE is in italic on this version. It may be that this card was designed before the red/black version but there is no record of whether that was the case or not so it is moot. The fact it is a slightly more simplistic design perhaps suggests it was first but traditionally this is usually regarded as the second version.

This is a scarce card – Murray in his flawed catalogue raisonne claims it as the third ever card published but it is more probably the fifth if one includes the earlier typescript from 1963 in this collection. VG+ condition.