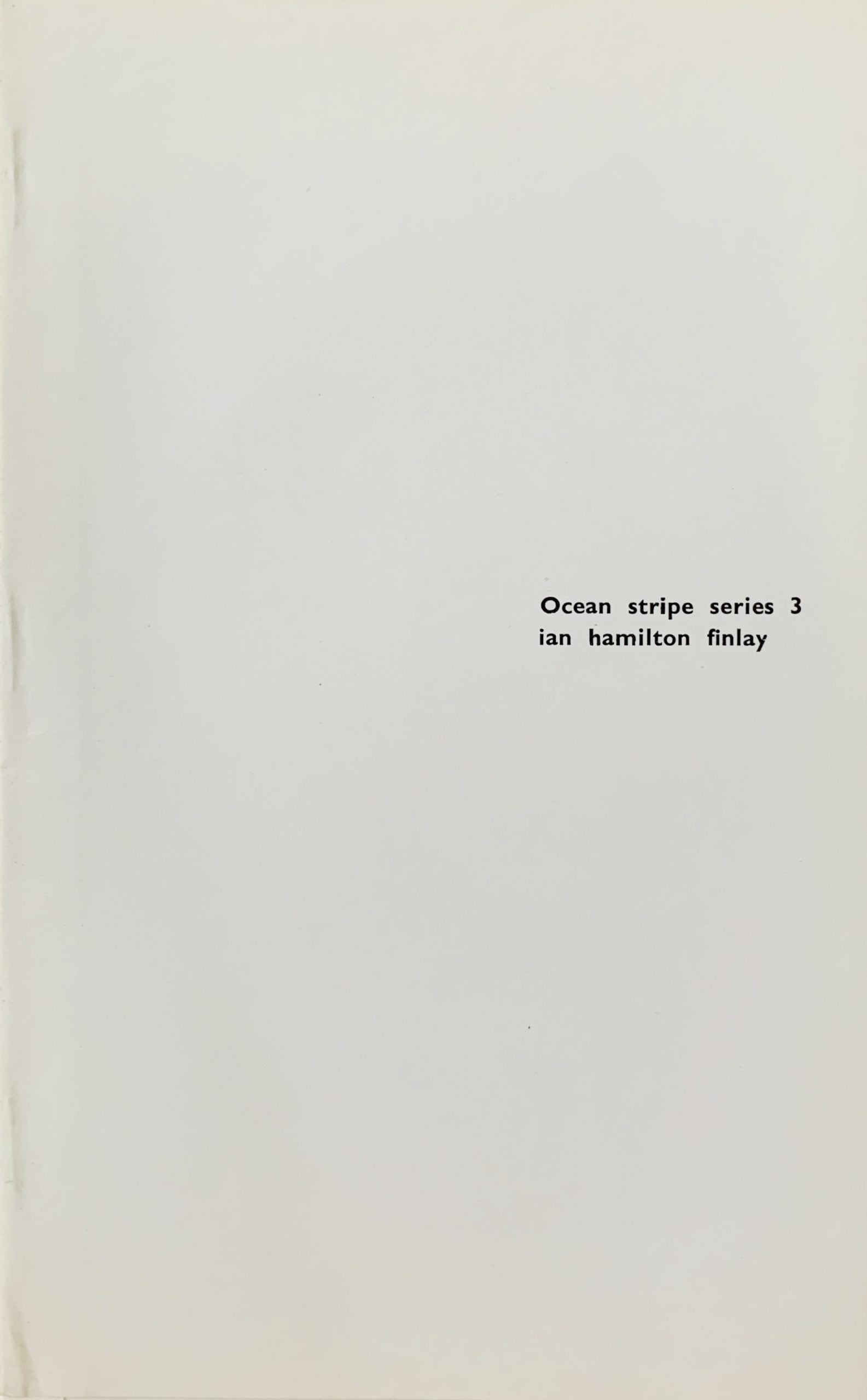 Edinburgh: Wild Hawthorn Press, 1965
20.3 x 12.8cm, 32pp. Original wrappers and typographic dustjacket. Three pages have the word "ark" on thin paper followed by a group of differently sized pages that are white, red, yellow and blue in turn. On the first white page the word "arc" is printed. The biblical ark that Noah built was rewarded by the christian god with a rainbow "as a covenant between him and the earth". The book (again claimed to be kinetic) is a physical manifestation of that myth - the ark is given a colourful rainbow (with wrong colours) in page form. In case one had missed the meaning of the book a 19 x 8cm, 1pp insert was added quoting Genesis 2 13 - 15 which tells of the coming of that rainbow. VG example.