THE FILMS OF ROBERT BREER AND ED EMSHWILLER. 1967. 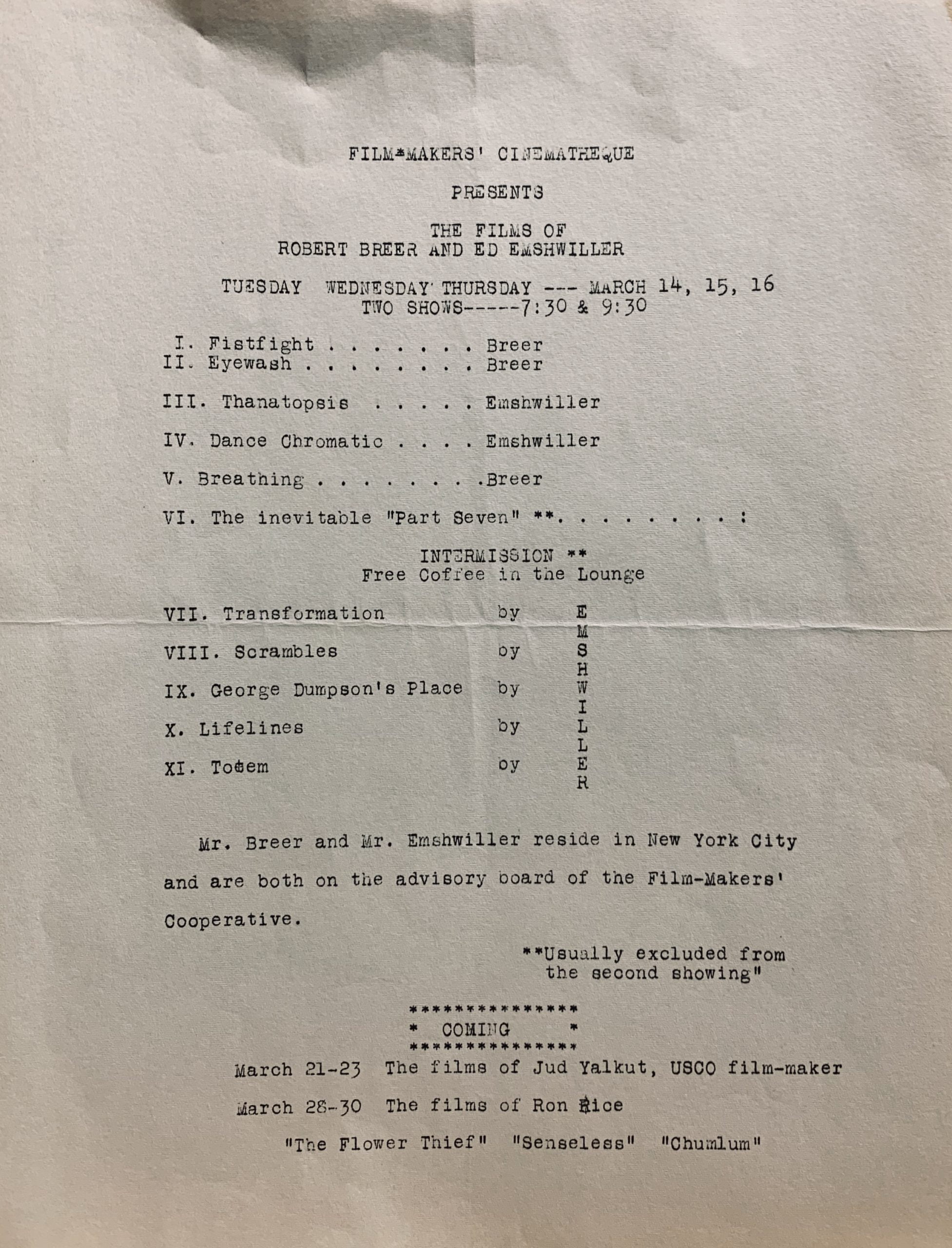 Posted at 22:04h in Jud Yalkut by paul robertson

Boston: Film-Makers’ Cinematheque, 1967
28 x 21.5cm, 1pp b/w on white programme for Flyer for Breer and Emshwiller’s portion of the March 1967 screenings at FMC. Only briefly mentions Yalkut’s screening,
as coming next week.” at the bottom of the leaflet along with Ron Rice’s “The Flower Thief”. The Boston Film-Makers’ Cinematheque had opened the year before as an offshoot of Mekas’ NYC venture. VG.