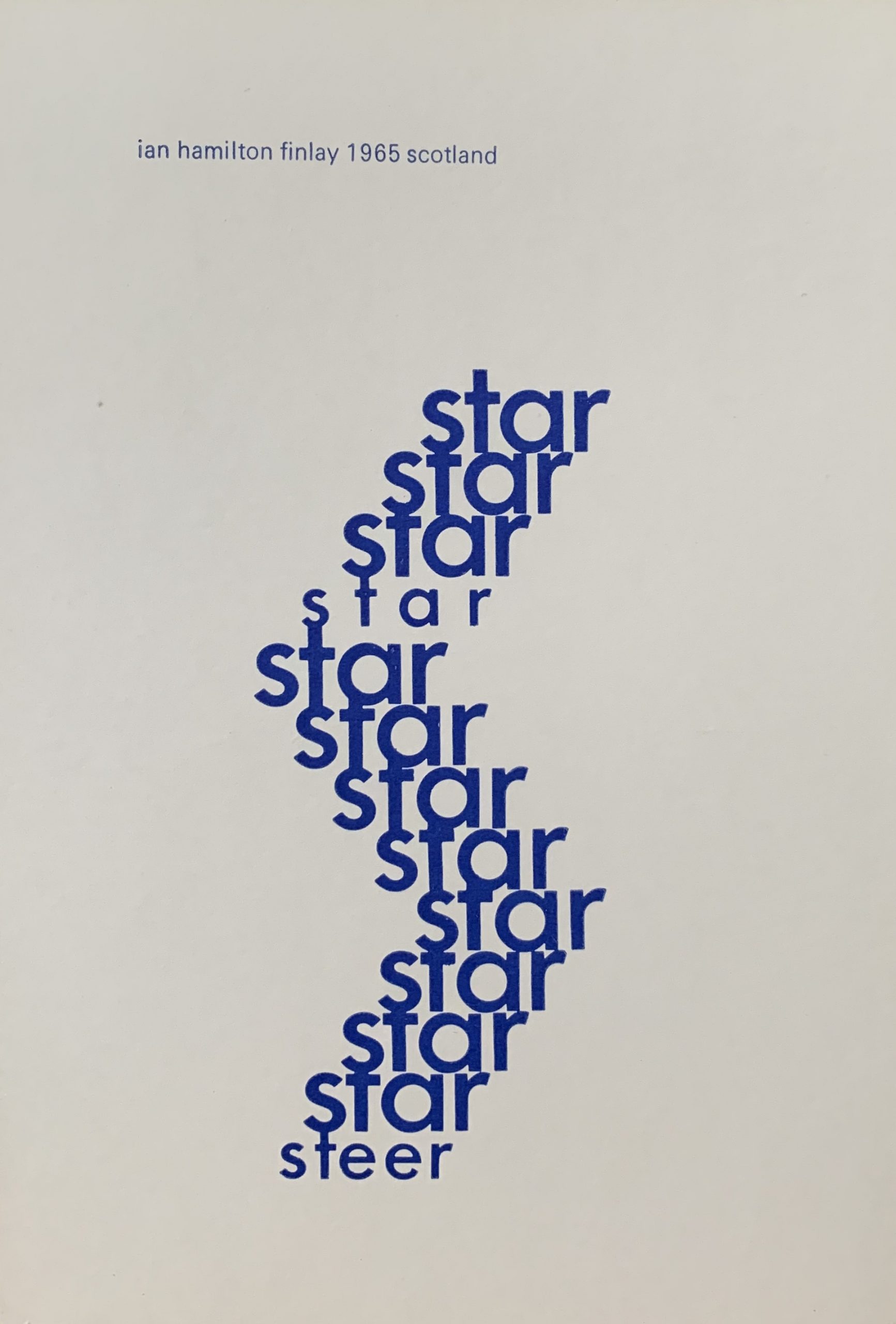 Posted at 09:53h in Artist's Postcards by paul robertson

Brighton: Brighton Festival, 1967
13 x 19cm, printed manilla envelope content of six artist designed cards. Finlay has Star Steer and there are other works by Augusto de Campos, Eugene Gomringer, Jose Lino Gruynewald, Dom Sylvester Housedard, Gerhard Ruehm. There is also an English translation of From Line to Constellation by Eugen Gomringer – a manifesto of sorts from 1954.

It is worth noting that Finlay is here amongst those regarded as the giants of the visual poetry movement – a movement that became most prominent in South America but by 1963 Finlay was also producing such works and here is recognised his prominence in the British scene.

All VG in envelope that has a few marks on the back and is stamped “School of graphics Chelsea School of Art”.