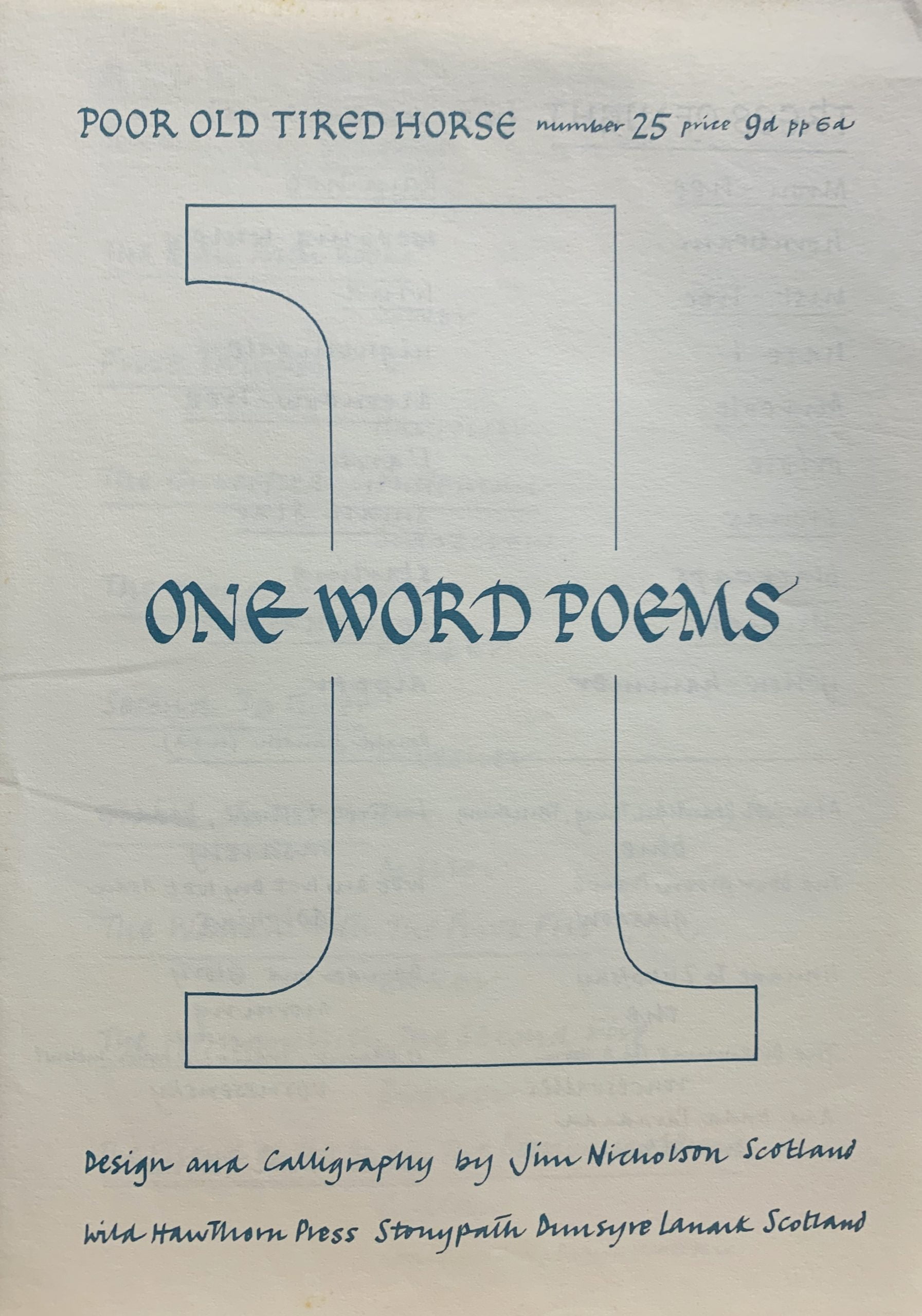 Finlay whilst not inventing the One Word Poem format certainly helped popularise it – he uses the format in a number of his artist’s books. The last poems in this publication are by Finlay and include some of his best known works reformatted in to such a form.