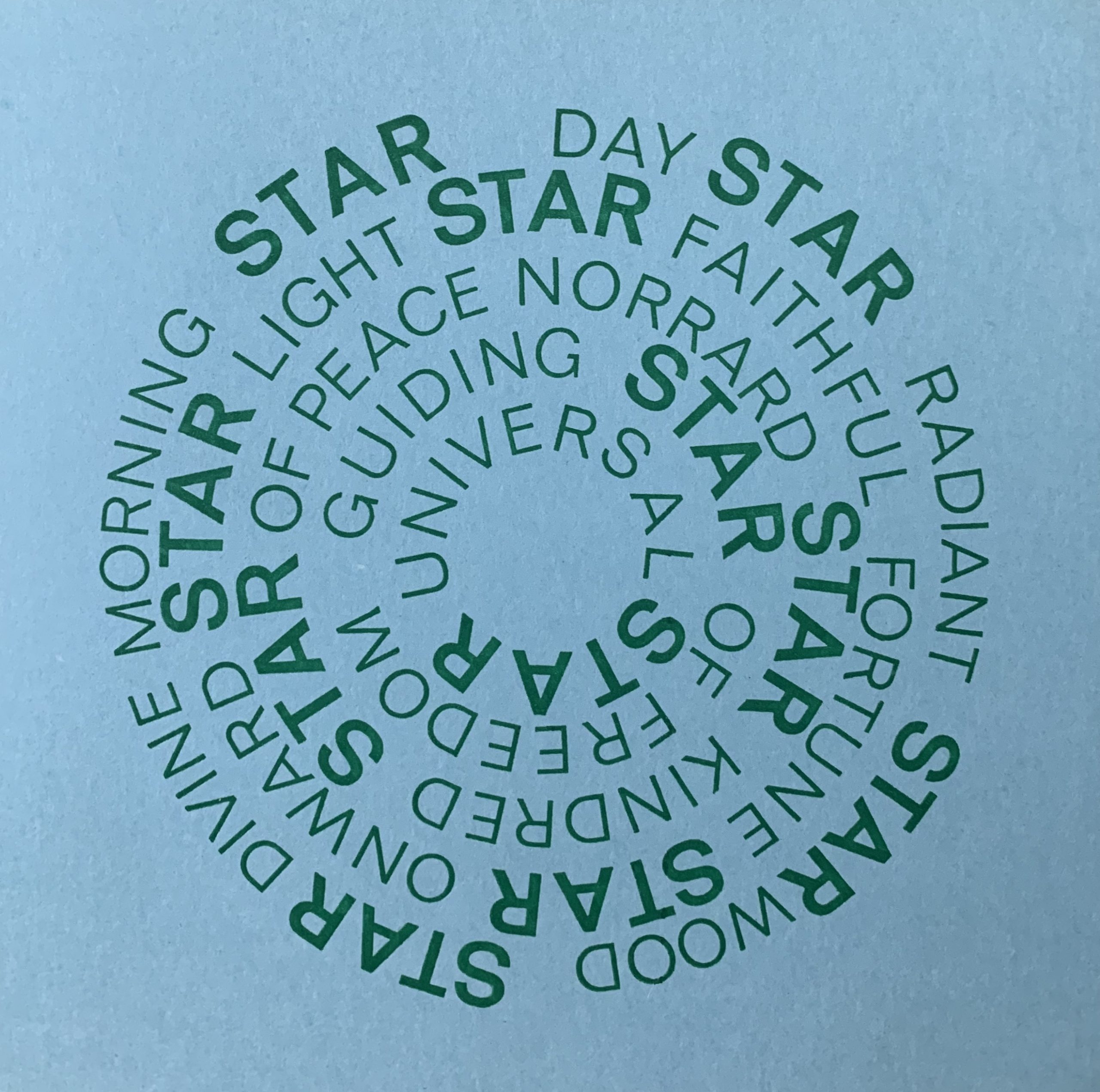 Posted at 10:28h in Artist's Postcards by paul robertson

Dunsyre: Wild Hawthorn Press, 1968
16 x 16cm, 2pp. Green on blue card – the front of the card has a circular design made up of fishing boat names typographically set by Alistair Cant on Finlay’s instruction. The pattern creates both a planet or the movement in the stars as they appear to spin around the boat as night passed. Stars for boats are essential to life – until modern methods of navigation they were the sailor’s only orientation. The choice of names by Finlay reinforces that – all have the word STAR in them eg Morning Star, Day Star, Fortune Star and so on.

This is the second of two cards with a similar intent – the other uses the letters and numbers of the boats – here the attractive names people give their vessels are used instead.

The title Sea Poppy refers to the yellow hornpoppy which only grows on sea shores – again a clear nautical reference.

This design and others like it was used by Finlay in different formats including wall works, object multiples, printed posters and cards.