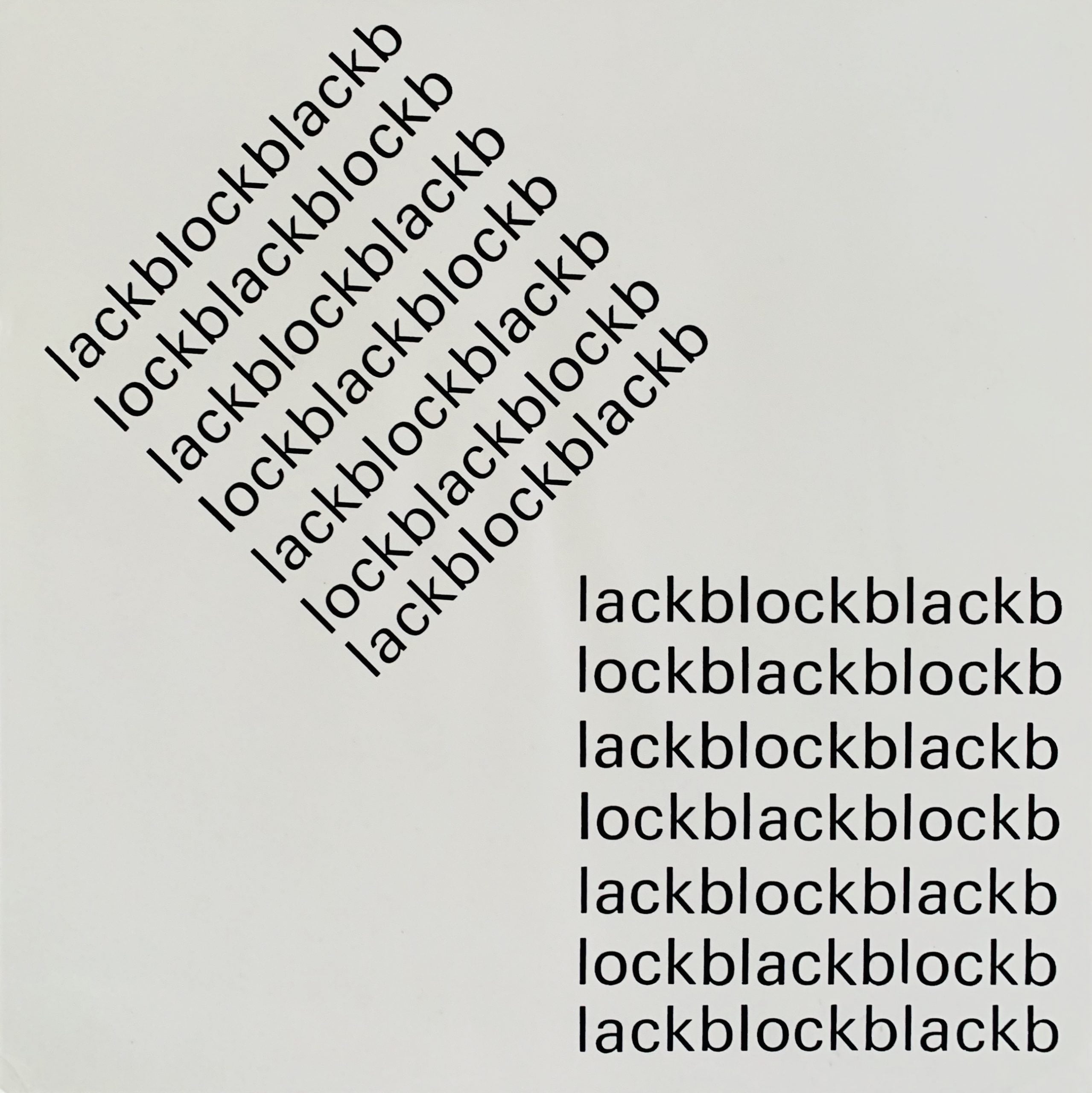 Bath: Openings Press, n.d.
28 x 28cm, 2pp offset print with an "poem by Ian Hamilton Finlay interpreted by Angela Wellard" noted on the back.
On the front is a re-setting in typographic terms of an early work by Finlay "lackblockblack" but now displayed twice in two similar square text blocks.
The reworking of the original concrete poem in homage to Malevich is given a new meta level by the placing of it twice in geometric relationship to each other. Malevich's black square is not only shown in each text but in the overall composition of the work which abstractly is structured like a Supremacist painting.
We believe this work was created at Bath University during John Furnival's stint in Bath as a tutor when he invited Finlay to come and work with his design group . Eavelines Pondlines was produced at that time but so was this print which would date it as c. 1968. Limitation unknown but not too many. In VG+ condition. 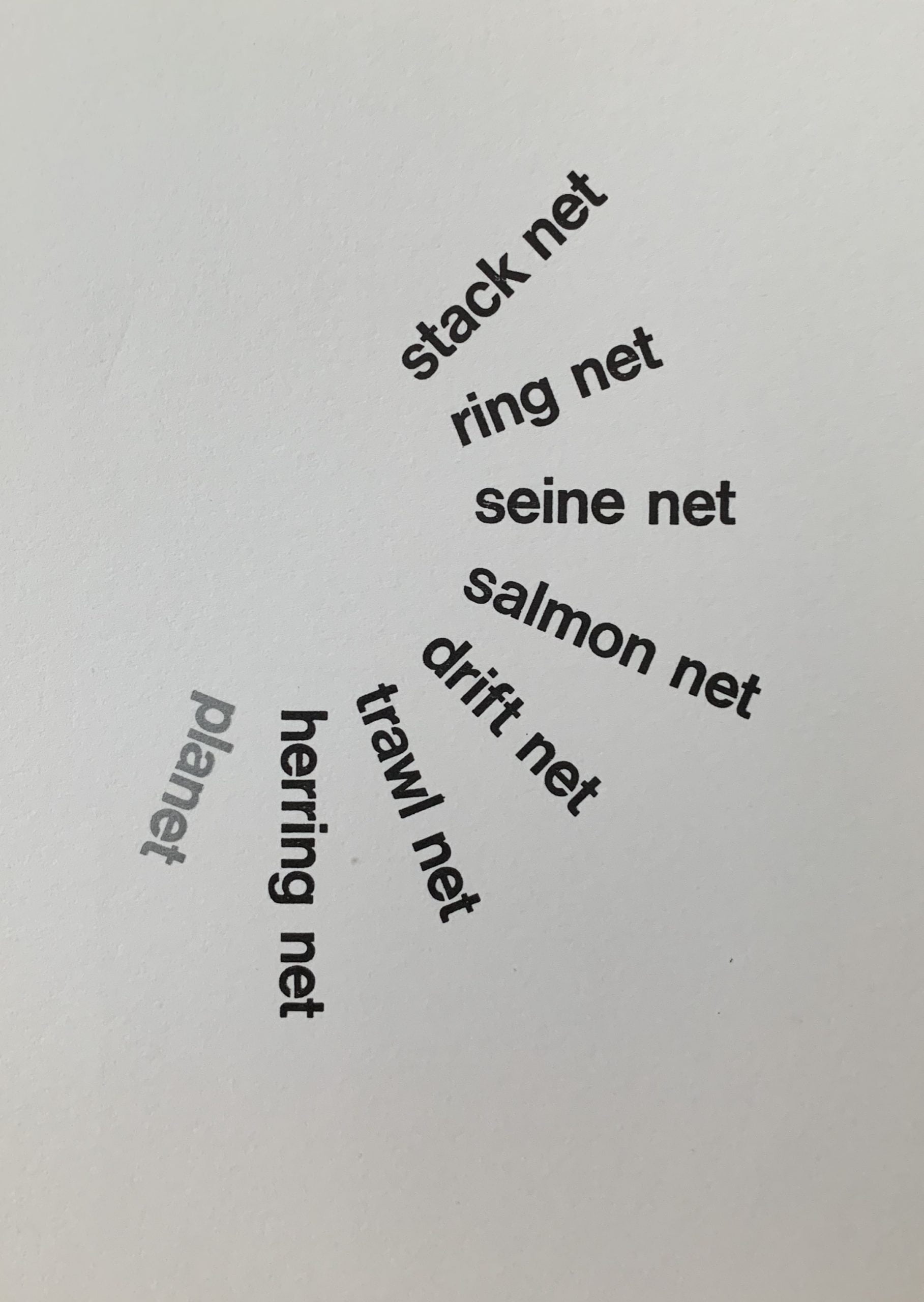 Posted at 10:57h in Artist's Postcards

Dunsyre: Wild Hawthorn Press, 1968
16.8 x 12.4cm, 2pp. The card show various forms of nets used by different types of fishing boats around a invisible circle and the final word is Planet - referencing the missing circle and the fact such nets are used all around the globe. The obvious joke also being that the word planet ends in NET - and that we are all linked in a single global eco-structure. Planet is also in a lighter tone of black than the others.
Murray has this as Card 4.16. Murray mis-identifies (not unusual) the date here - on the back it is clearly 1968 but the Catalogue Raisonne has it as 1969. ...