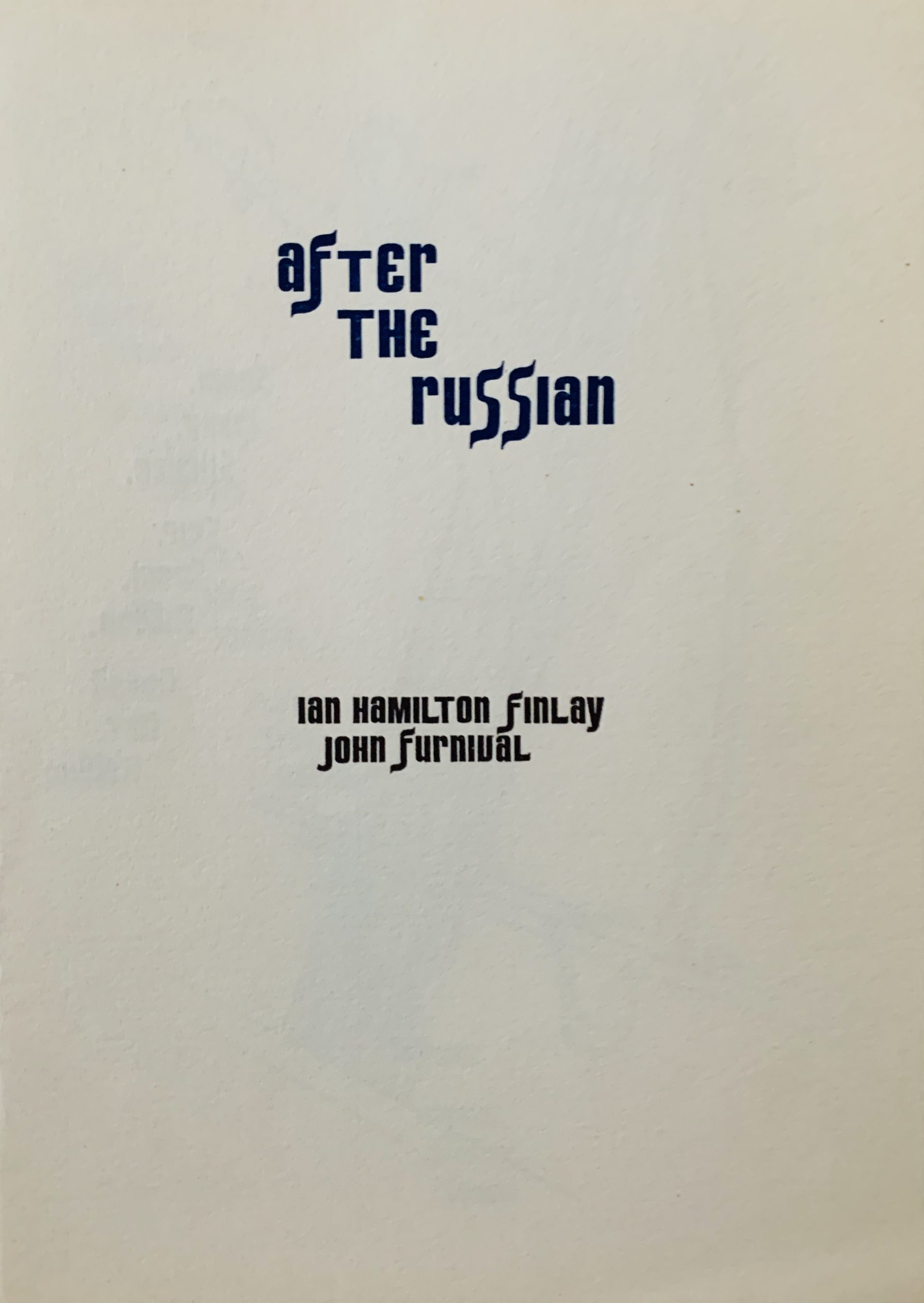 Woodchester: Openings Press, 1969
21.5 x 15.2cm, 4pp. A small broadside published by John Furnival's press. The poem by Finlay is illustrated by Furnvial. The poem is made up of eleven groups of three words telling a story: the quay is silent and only covered in snow - then a Russian ship arrives, there are hats, footsteps and songs from the sailors and then the ship leaves port. The final words are Silence. Silence. Snow.
It is after the Russian.
The work was previously published in London Magazine January 1969. 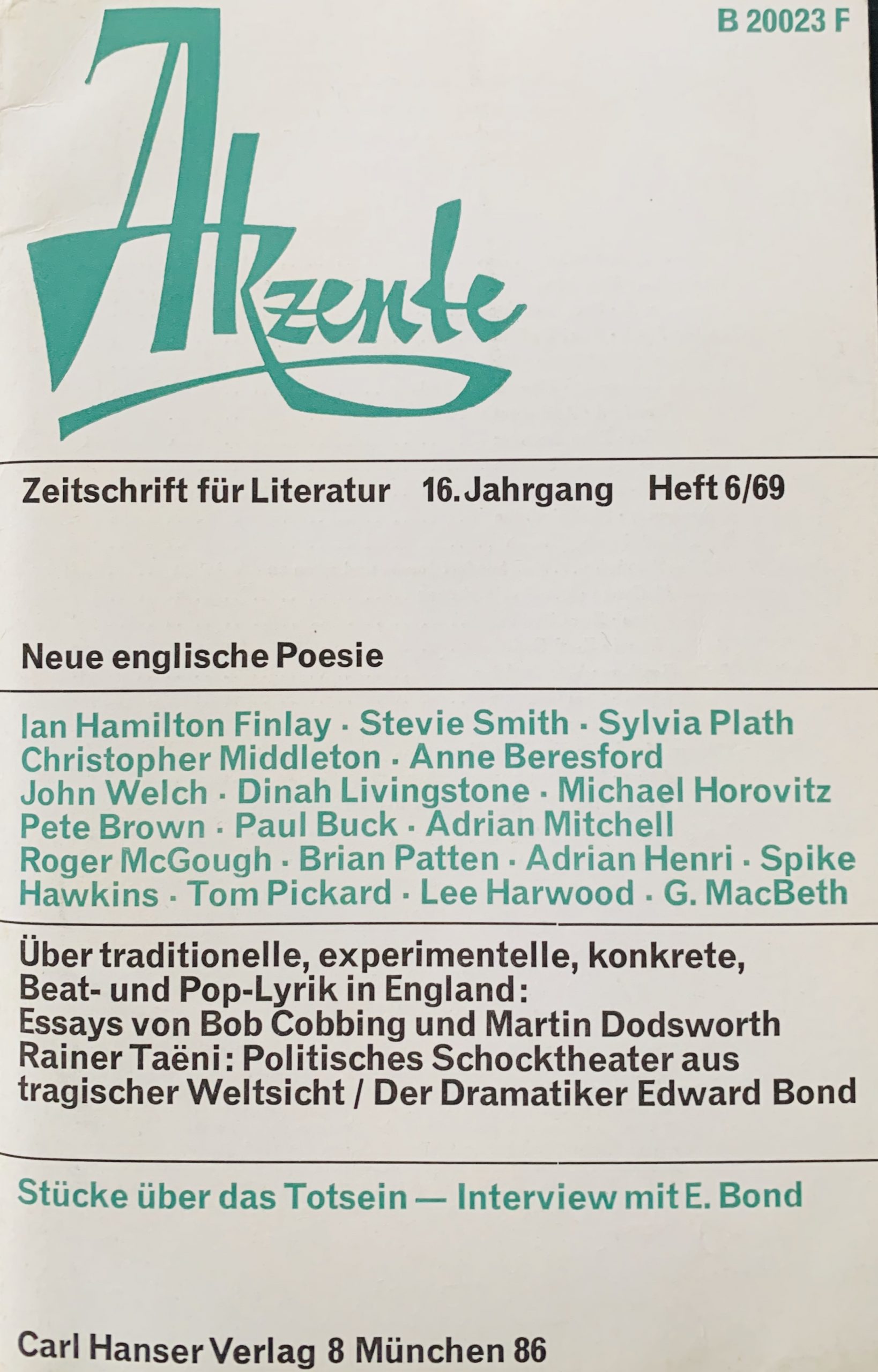 Munchen: Akzente 1969
22.3 x 14.4cm, 120pp plus card covers. Original contribution by Finlay ( diary entries) translated into German. Four b/w plates of installations from Stoneypath and 3 other works in b/w. The entire number of this journal was dedicated to experimental poetry in the UK and includes others such as Bob Cobbing. Stevie Smith, Sylvia Plath, Adrian Mitchell and others. Slight stains to wrappers else VG.