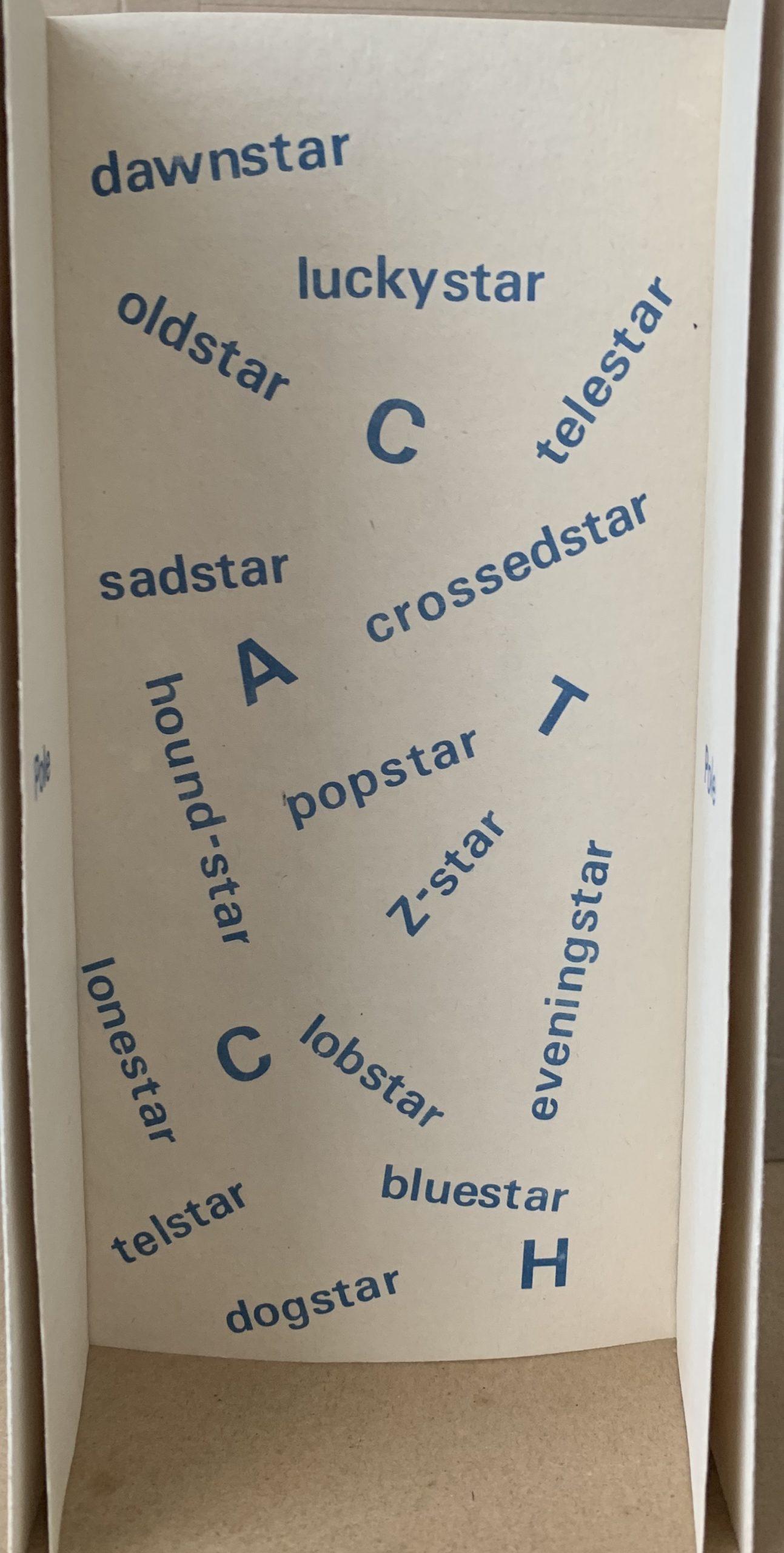 Posted at 21:08h in Artist's Postcards by paul robertson

Woodchester: Opening Press, 1969
23 x 46cm folded to 23 x 12cm. (with six vertical folds). Printed at the Glevum Press in an edition of 500 numbered copies. Finlay’s fourth Standing Poem, published as Opening Number 3, edited by his then friend John Furnival.
The card is folded several times – if unopened it shows the title words Pole and Night – an indication of steerage via the stars and internally once standing open various words associated with STAR are found including lobstar, hound-star, lonestar, sadstar, crossed star, telestar and eveningstar amongst others (one is reminded of David Bowie’s final record Blackstar that also plays a similar word game although the two are unlikely to be related) -the letters C A T C H are also found amongst the words – associating the layout of letters with a net to secure the fishing boat’s target of fish.
Very good +. Scarce. Murray 4.17