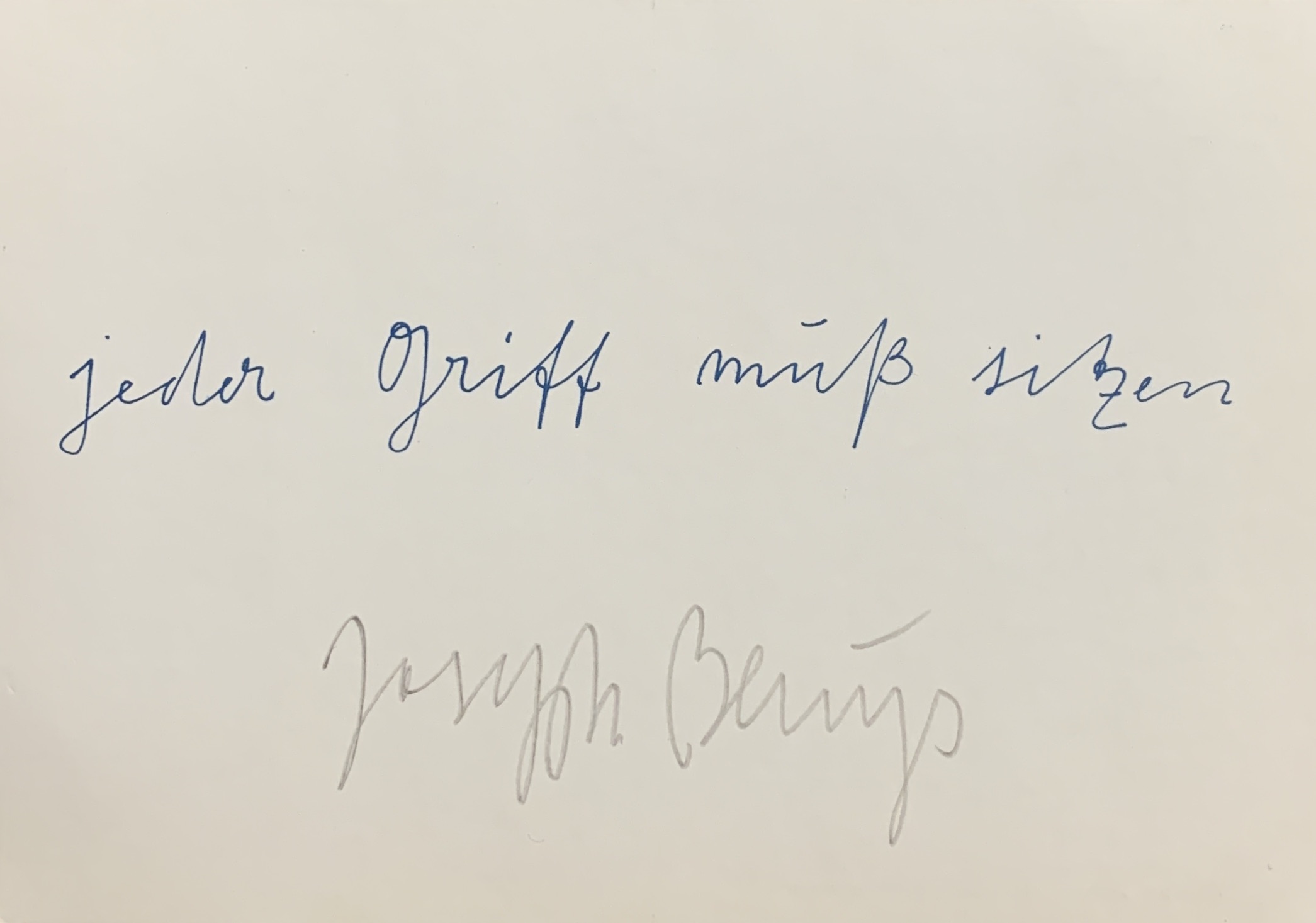 Heidelberg: Edition Staeck, 1973
10.5 x 14.5cm, 2pp. Artist designed postcard issued as Series D, Nr 2 with the reproduced title text on the front which translates into “Every grip must sit”. This example is signed by Beuys in pencil on the front, verso stanard postcard design. VG+. Ref: Schellmann P 9. 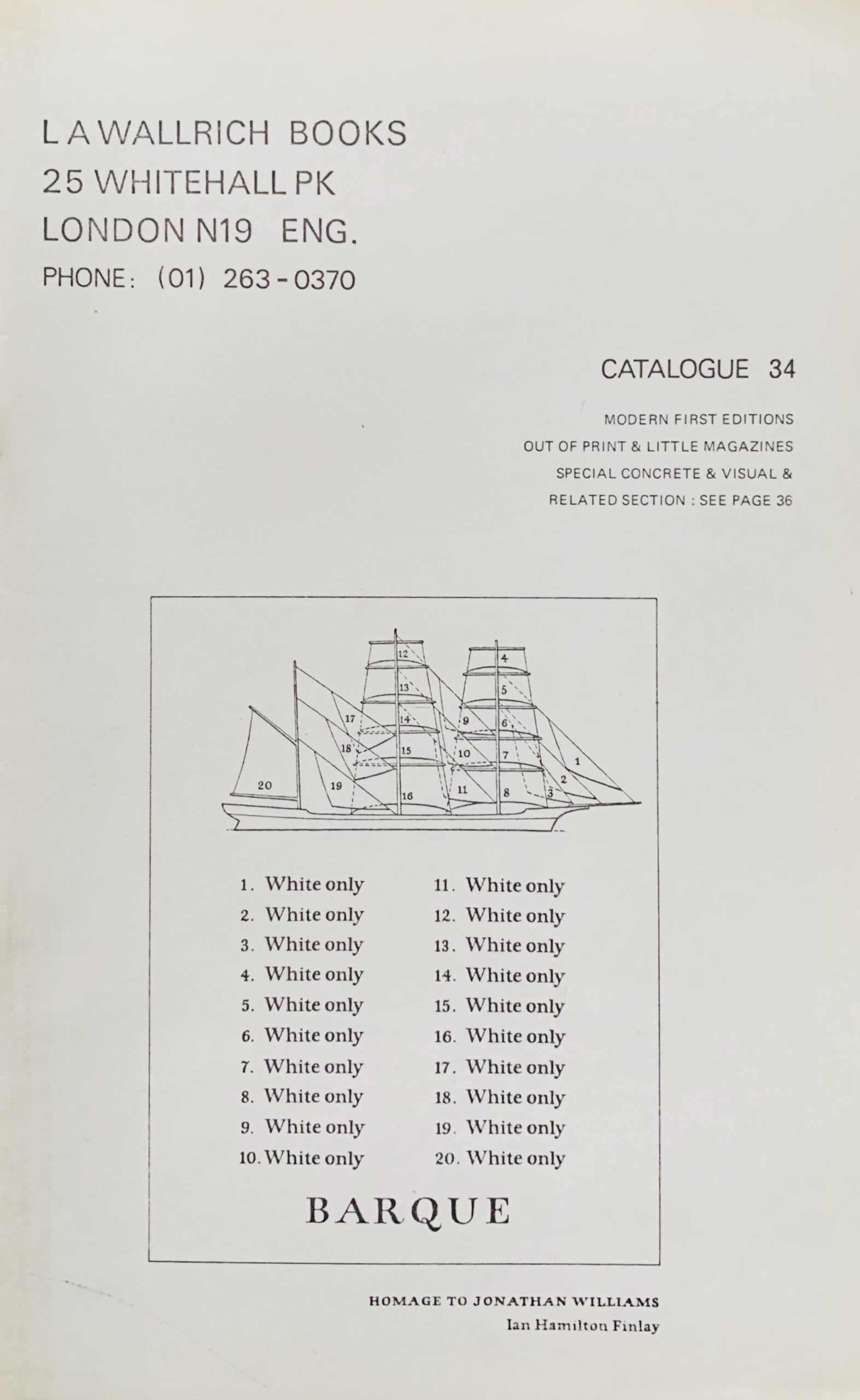 London: LA Wallrich Books, n.d. (1971)
22 x 14cm, 400 (including wrappers - a book dealer's catalogue only notable for the cover design by Finlay of Homage to Jonathan Williams. Finlay is thanks for the contribution by the publisher. The internal pages list books available for purchase but here the page listing Finlay has been torn out neatly. It does not really matter - with that exception this is in VG condition.

Bonn: Galerie Klein, 1973
22.2 x 18.3cm, b/w on thin card. An image of a printed work by Beuys on the front showing the artist draped in felt as part of The Chief performance of 1963 or 1964, verso gallery details. The exhibition was of multiples, books and catalogues as per the title. VG+.

Frankfurt: AQ Photos supplement, 1973
22.5 x 14cm, 6pp (single folded sheet). A supplement to the AQ artist's journal entirely dedicated to five b/w images of Boltanski playing the role of his parents in posed photographs. The supplement was a publicity brochure for the journal but it is effectively a Boltanski artist's book. To our knowledge this is not referenced in any catalogue raisonne. VG+. Scarce. 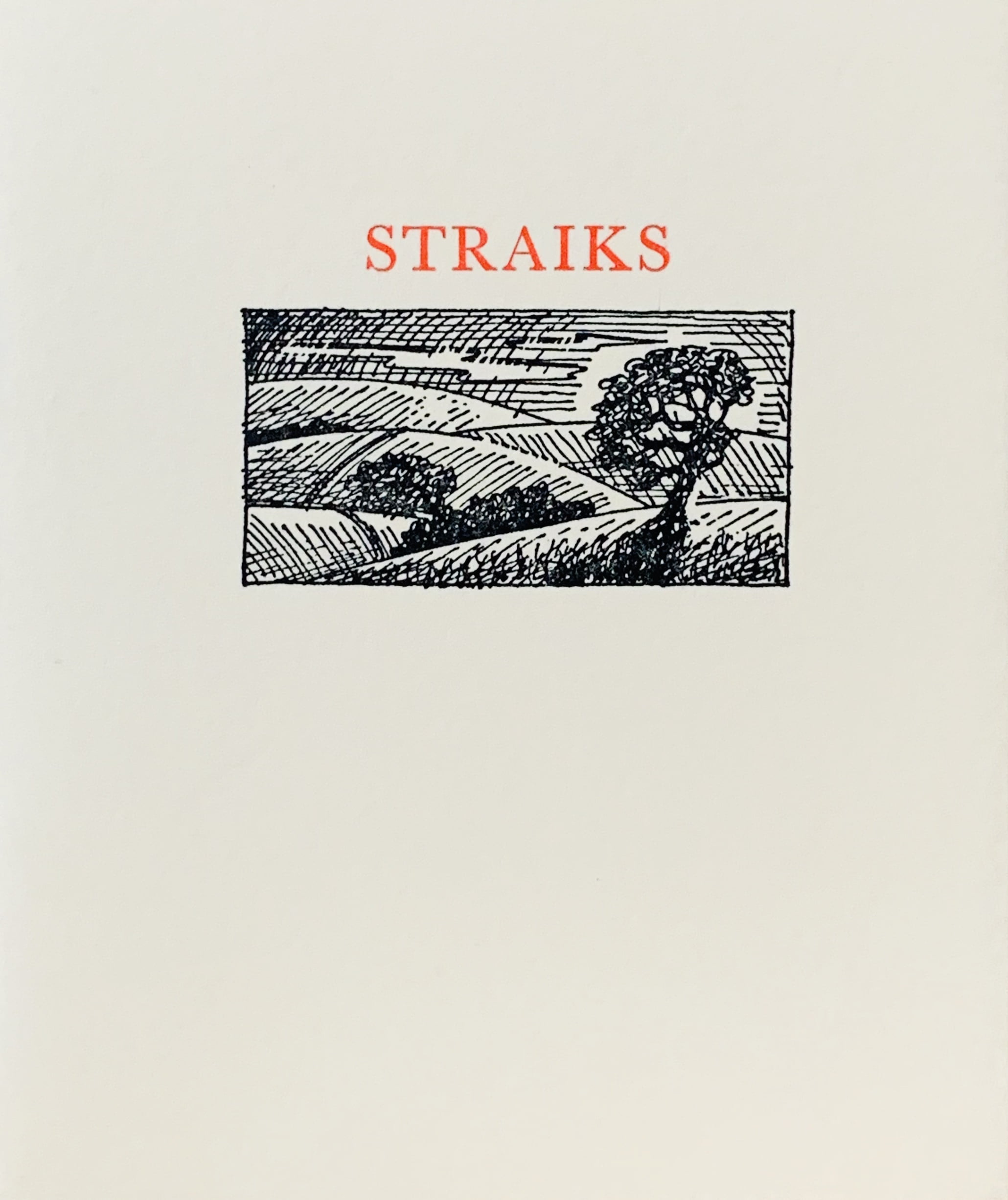 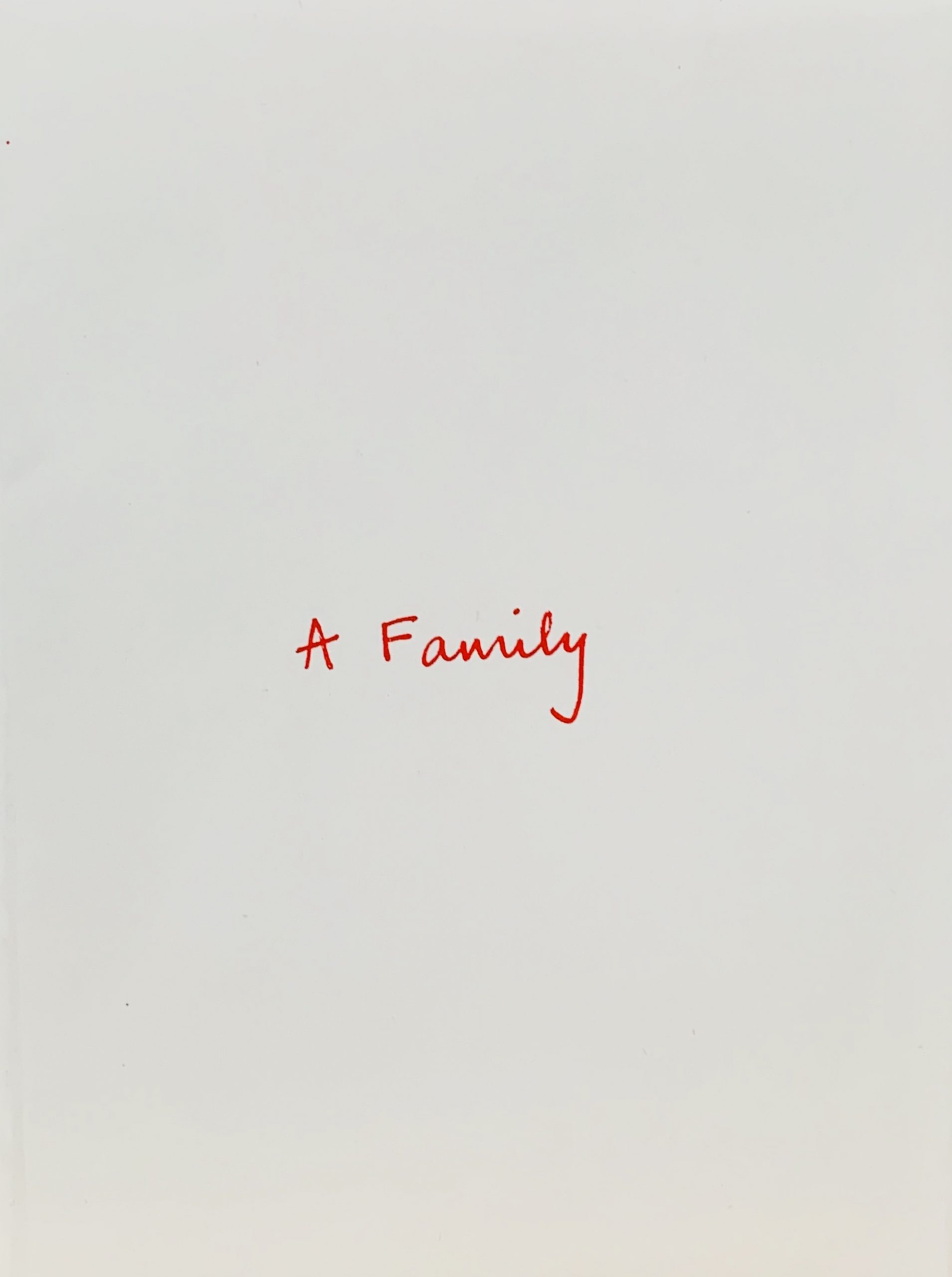 Dunsyre: Wild Hawthorn Press, 1973
15.2 x 11.6cm, 16pp plus card covers and printed dust jacket. Artist's book listing a series of forenames in facsimile of handwriting in red
The names are "Rufe Betty, Val, Tony, Kate, judy, Nick, Cherry, Jill, Jake, Nell, Emily, Zeke" which are all nicknames of world war aircraft.
"In the second half of 1942, a colorful set of code names was developed in the Southwest Pacific Theater by the Air Technical Intelligence Unit (ATIU) of the Allied Air Forces in Australia. The head of the unit, Captain Frank T. McCoy Jr. was from Nashville, Tennessee, and the first few code names were hillbilly names such as ZEKE, NATE, PETE, JAKE and RUFE, as they were simple, short and distinctive. The basic system spread rapidly, and by late 1942, was adopted for use by both the USAAF and USN. In general, the code names were assigned using the following system, although several exceptions exist:". Hence Finlay shows the various aircraft as a related family because of this familiar way of reference. VG+.
A 3 x 14cm, 1pp "bookmark" which has the name of the Press on it and a red circle - referencing the Japanese origin of these airplanes.