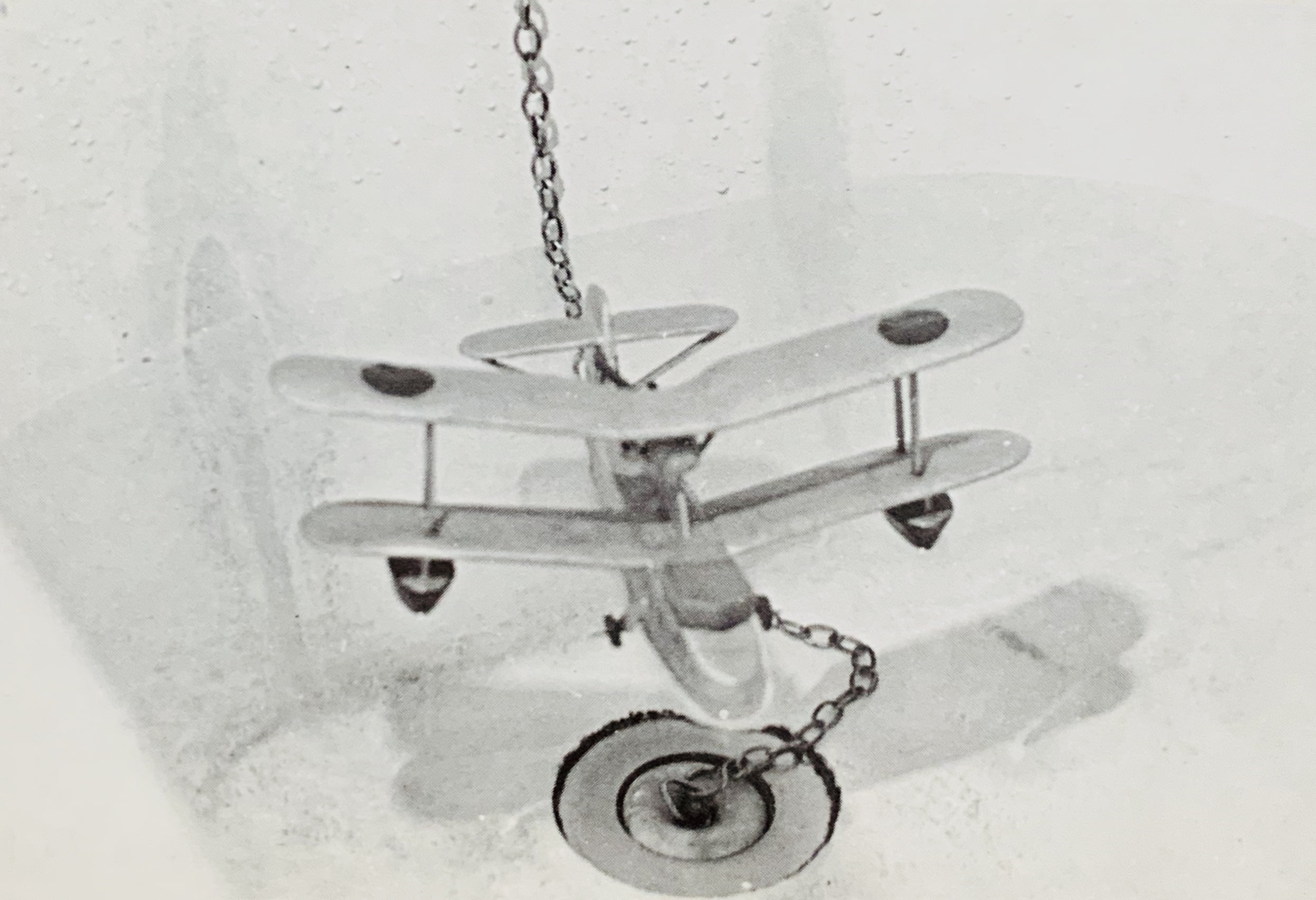 Posted at 16:38h in Artist's Postcards

Dunsyre: Wild Hawthorn Press, 1973.
10.5 x 14.8cm, 2pp. Artist's card a photograph of a model airplane by George Oliver. The model by Finlay is a biplane with floats and is floating above a sink of water with the plug in as if it has just landed.
The decals on the model are British roundels - the circular blue, white and red symbols that indicated the plane was a British fighter. The shape of the plug is very similar to the roundels and hence in its own way might be regarded as a decal. Hence the plug might be regarded as a bath roundel. VG+.

Posted at 19:29h in Artist's Postcards

Dunsyre: Wild Hawthorn Press, 1973
7.9 x 11.3cm, 6pp single folding card which opens to 11.2 x 34.3ccm. The front of the card has the word COPYRIGHT and once the card is opened the drawing by Costley of a steamer has a red C on the funnel - a symbol that means "copyright". A company brand symbol used to indicate others had copied the boat. This is one of only 300 such card printed - each is numbered and signed by Finlay in ink.VG+ example