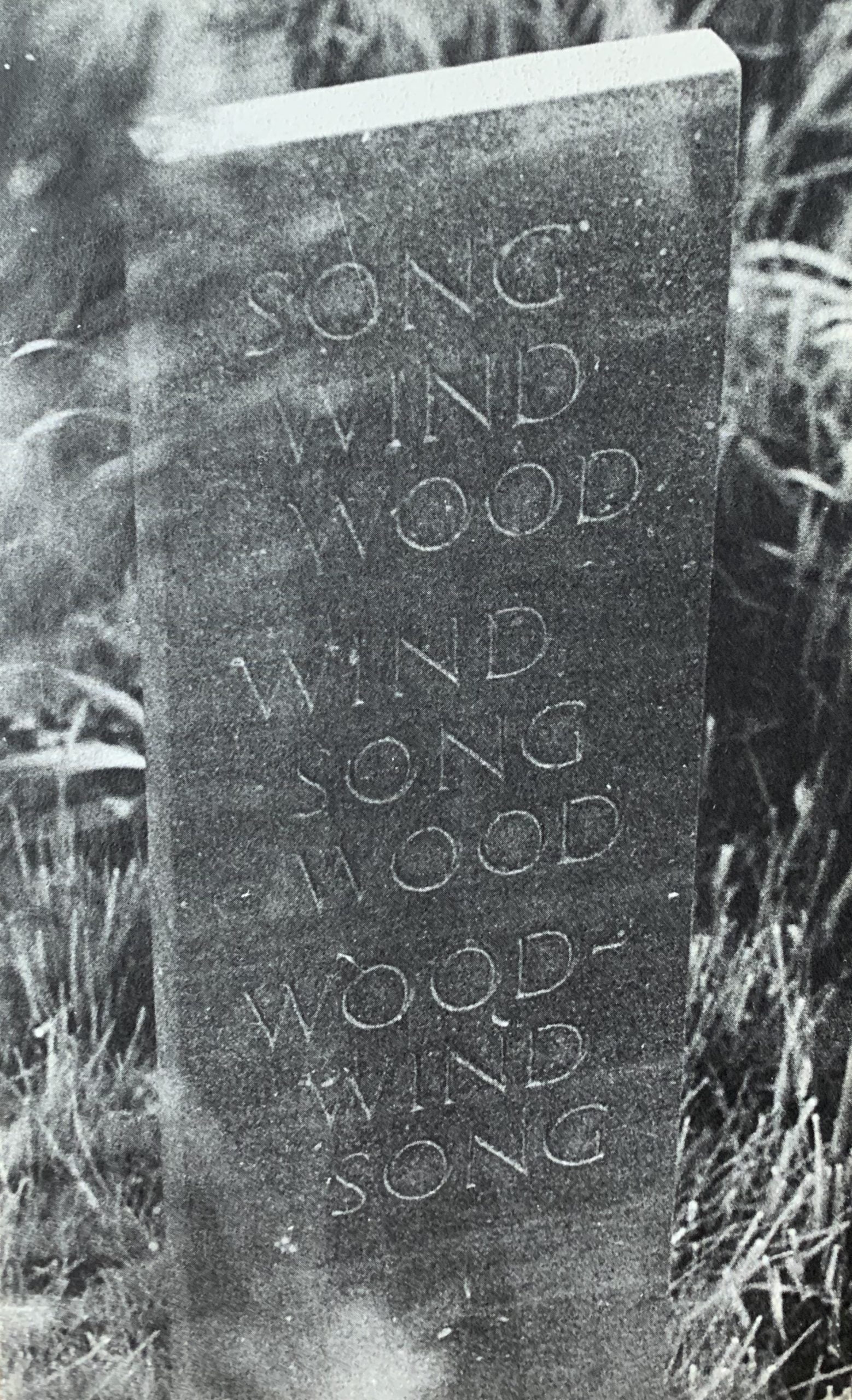 Penland: Jargon Society, 1973.
16.7 x 10cm, 48pp. Original pictorial wrappers. A memorial publication for Lorine Niedecker who had died 3 years earlier. Each of 32 poets contributed a work to the book. Finlay who had published her poetry book "My Friend Tree" as the first ever Wild Hawthorn Press book contributed the back cover image of "SONG/ WIND/WOOD" which honours here Niedecker's love for nature.
Jonathan Williams edited this small delight and there are poems by dsh, Gael Turnbull, John Furnival and others. VG condition. 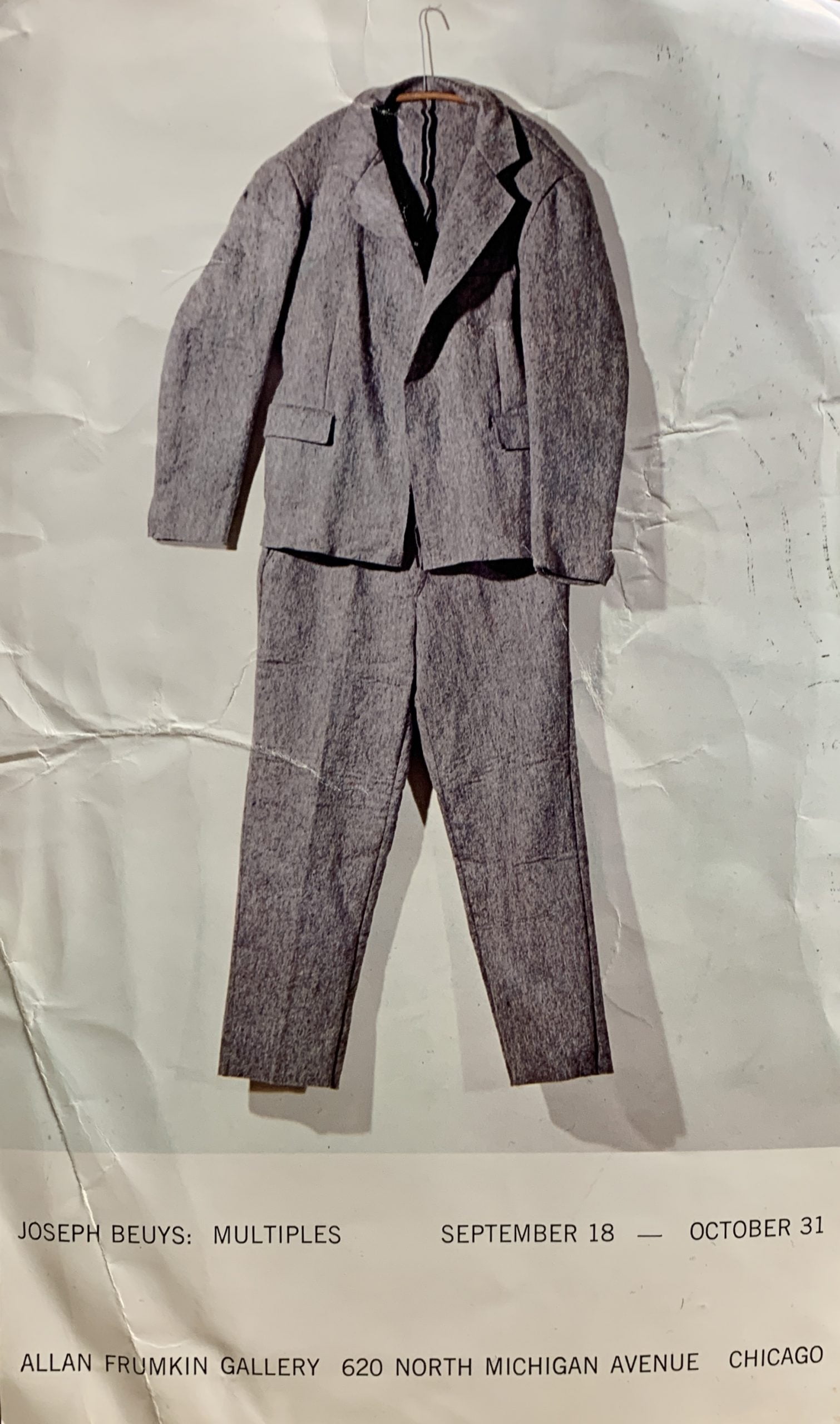 Chicago: Allan Frumkin Gallery, n.d. (1973)
25.5 x 15.2cm, 1pp announcement card with a colour image of a felt suit (a multiple by Beuys) on the front above gallery details. A mailed example whihch has become somewhat creased in the experience of the US postal service. Hand addressed and franked Sept 15 1973 on the reverse, else VG. 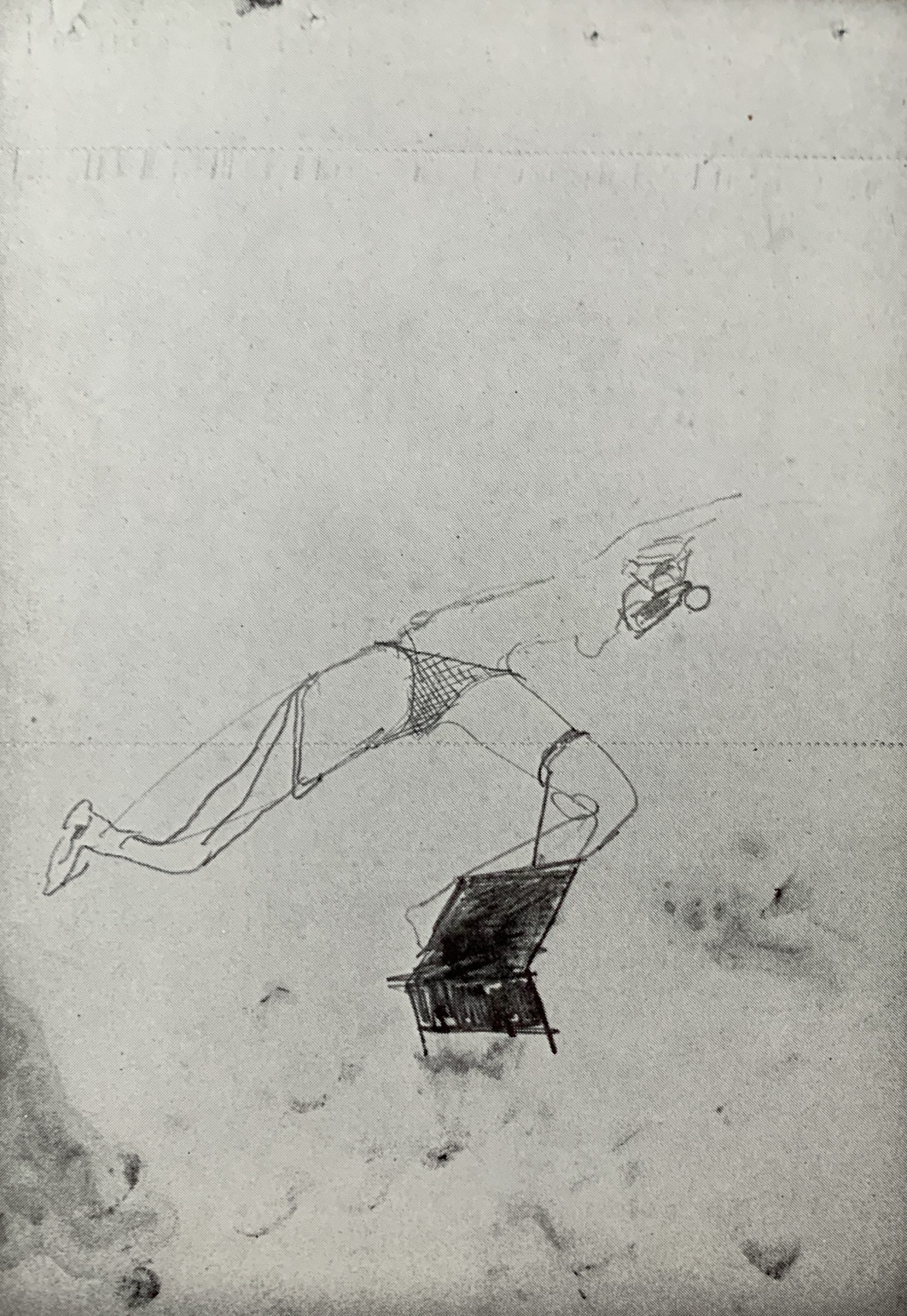 Bruxelles: Wide White Space, 1973
15 x 10.5cm, 2pp announcement card for an exhibition of Beuys drawings and gouaches with an image of one such drawing by Beuys on the front, verso gallery details. VG+. 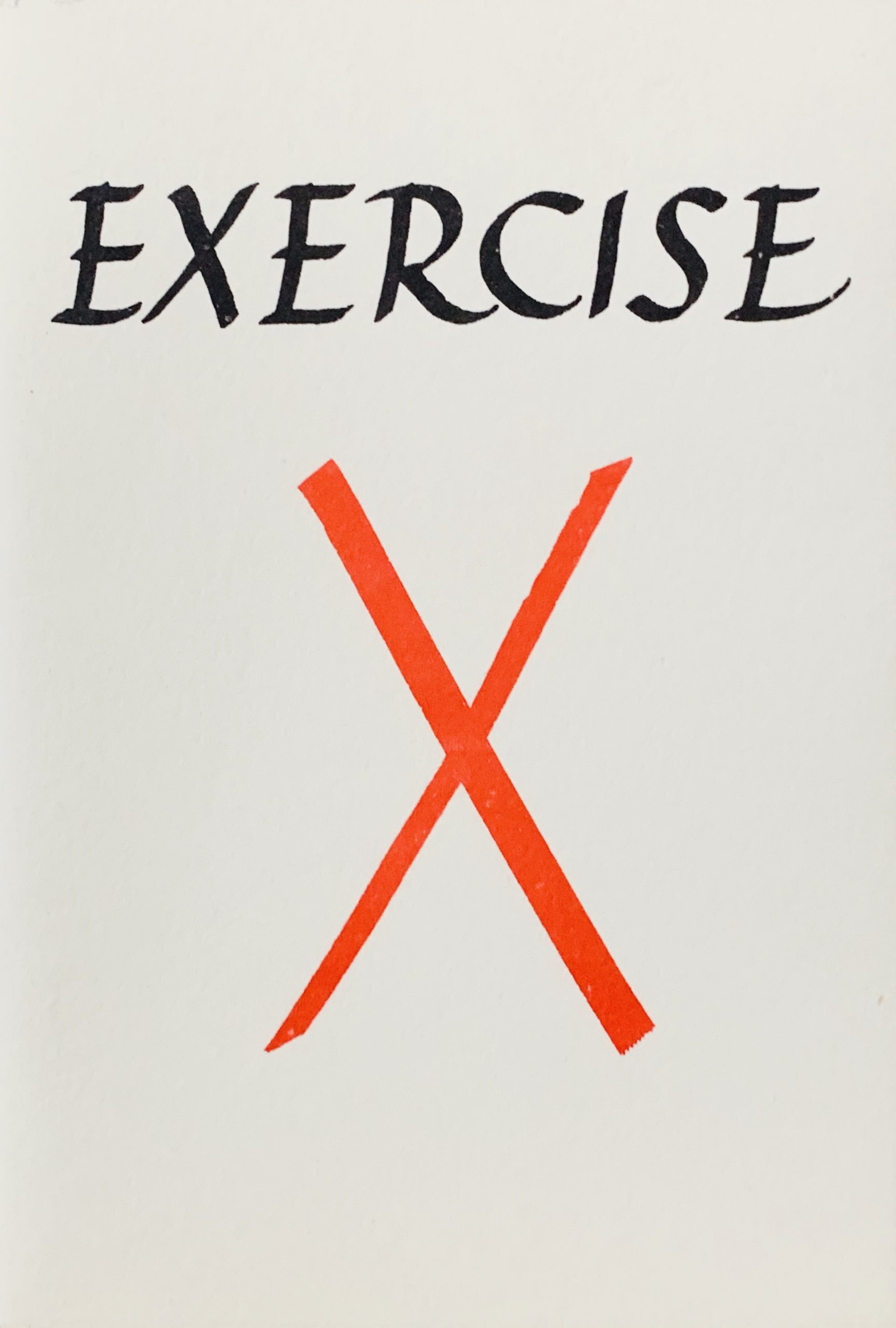 Dunsyre: Wild Hawthorn Press, 1973
14 x 9.5cm, 24pp plus card covers and printed dust jacket. Artist's book where Finlay has listed a number of scenarios where an X might be created - each slightly different. The pages being drawn by George L. Thomson.
From a letter to Robin Crozier in 1970 - Finlay explained the idea: "Finlay says "I must stress that I don't consider this booklet profound. Everyone knows that nuance exists. On the other hand, I get pleasure from showing how much one can change a thing while scarcely from the spot , as it were. If we make dramatic (moving) differences between the visual representations of the Xs, we will undermine the whole point. If, for instance, "Two" and "Duet" are just noticeably not the same 2 crossing lines, we can rely on the words to complete the distinction, without taking it further than that. Likewise, "Duck-pond" needn't really try to depict the wakes left by 2 swimming ducks, but just by the merest alteration in the lines, allows the words to modify the image. Though obviously, if we had a blue rectangle on white one, there, and could have the lines white instead of black that would be pleasing.".
Finlay initially intended printing the book in 1970 with Crozier but changed his mind later for some unknown reason. VG+ although the cheap staples are showing some rust.

04 Sep CHRISTIAN BOLTANSKI. 1973. INCLUDES AN INVENTORY OF THE BELONGINGS OF A UNIDENTIFIED PERSON FROM JERUSALEM.

Jerusalem: Musse d'Israel, 1973
20.5 x 18cm, 48pp plus 12 transparent overlays on some pages and card covers. Exhibition catalogue for the first Boltanski exhibition in Israel and also the first time that the artist visited the Jewish state.
This catalogue is notable for a Inventory of an inhabitant of Jerusalem displaying 300 items in the form of photographic contact strips (a slightly different format from previous Inventories).
There is an interview in French with Boltanski and other texts in Hebrew. B/w illustrations throughout. ...