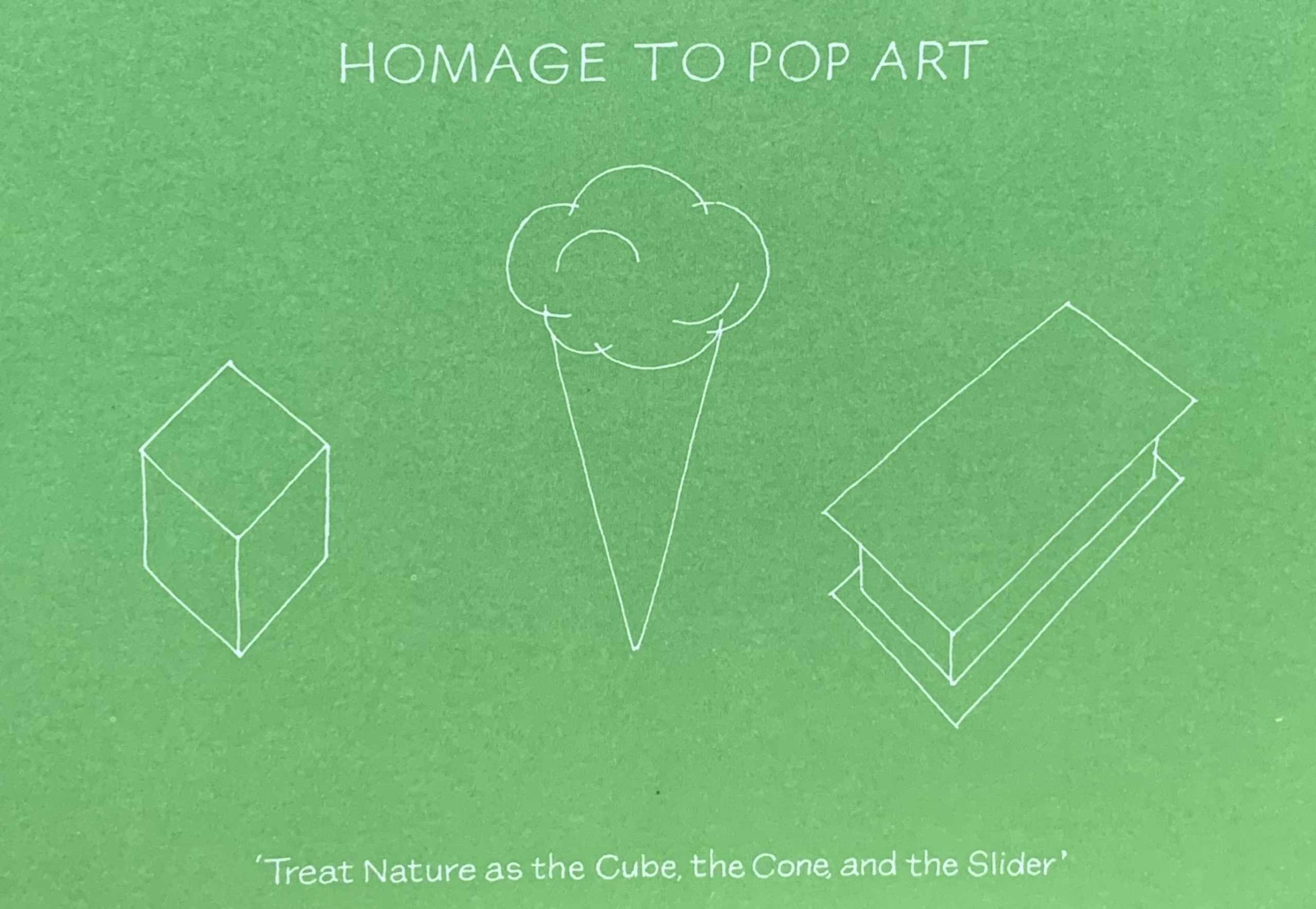 Posted at 16:26h in Artist's Postcards

Dunsyre: Wild Hawthorn Press, 1973.
10.5 x 15cm, 2pp. Green on white with three drawings by Sydney McK. Glen of a cube, an ice cream cone and an ice cream wafer. Below is a quote "Treat Nature as the Cube, the Cone and the Slider" ( a slider is a Scottish way of referring to a ice cream wafer - there is a rich vernacular around the ice cream van including "oysters", "pokey hats" and thankfully lost mildly racist names such as "blackman", "double blackman" for chocolate wafers. The original quote is from Cezanne - "Treat nature by the cylinder, the sphere, the cone, everything in proper perspective so that each side of an object or a plane is directed towards a central point."
Finlay calls this an homage to pop art - probably because of the use of ice cream imagery matches the interest in day to day common objects in that art movement.
A lot of Finlay's 1970s cards are humorous in content - some what different from his usual stern and serious image. They are not his best work - they amuse for a moment or two but earlier and later works are probably better. VG+. 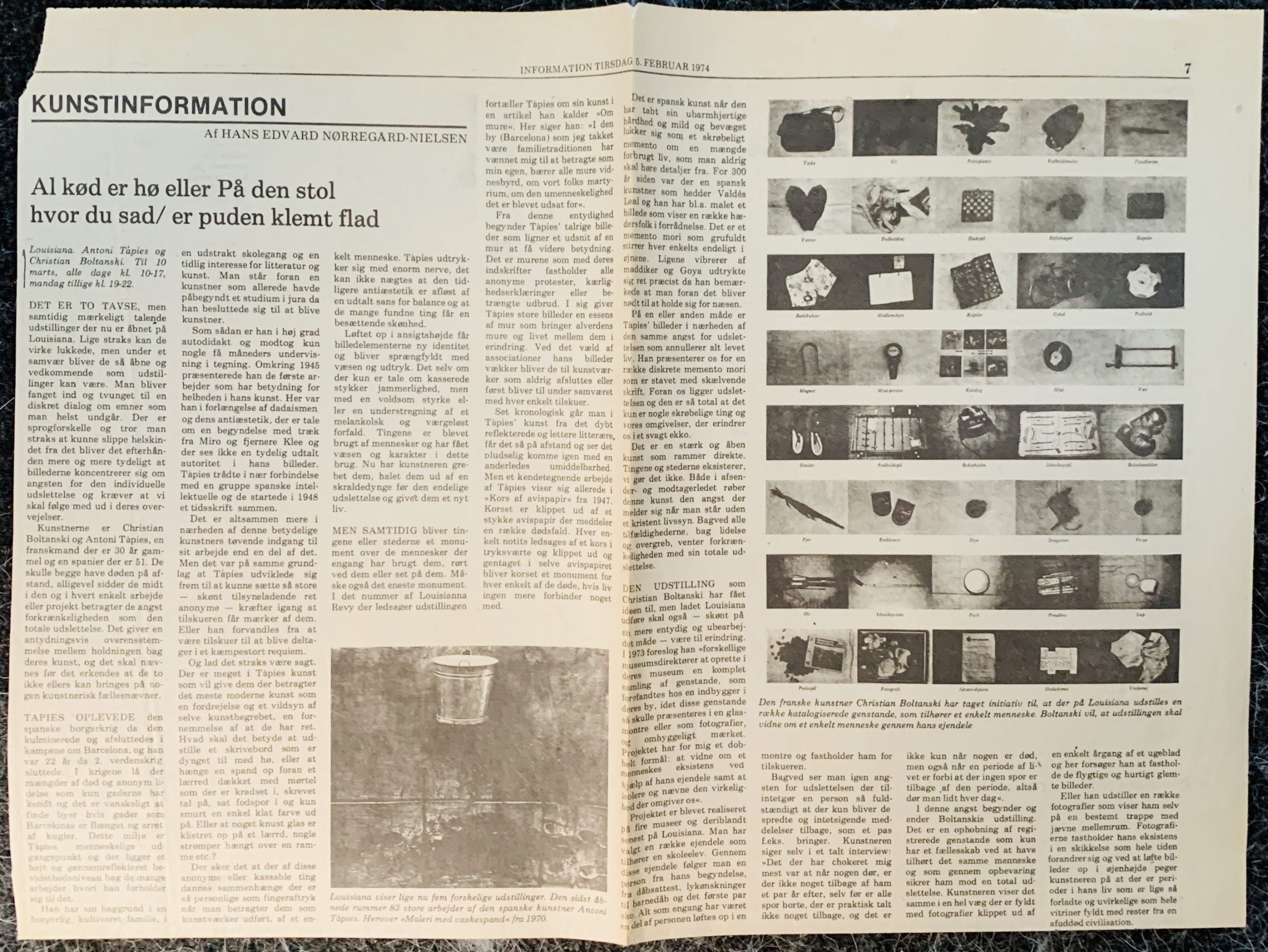 Posted at 08:39h in LETTERS AND DOCUMENTS

Copenhague: Information Tirsdag, 8 Feb 1974
29 x 38cm, newspaper clipping from the Danish newspaper sent to Boltanski by M. Berg with an article which mentions Boltanski in a large review and reproduced one of the artist's archival works - displaying the belongings of a death citizen, Paper a bit browned and folded for mailing else VG....