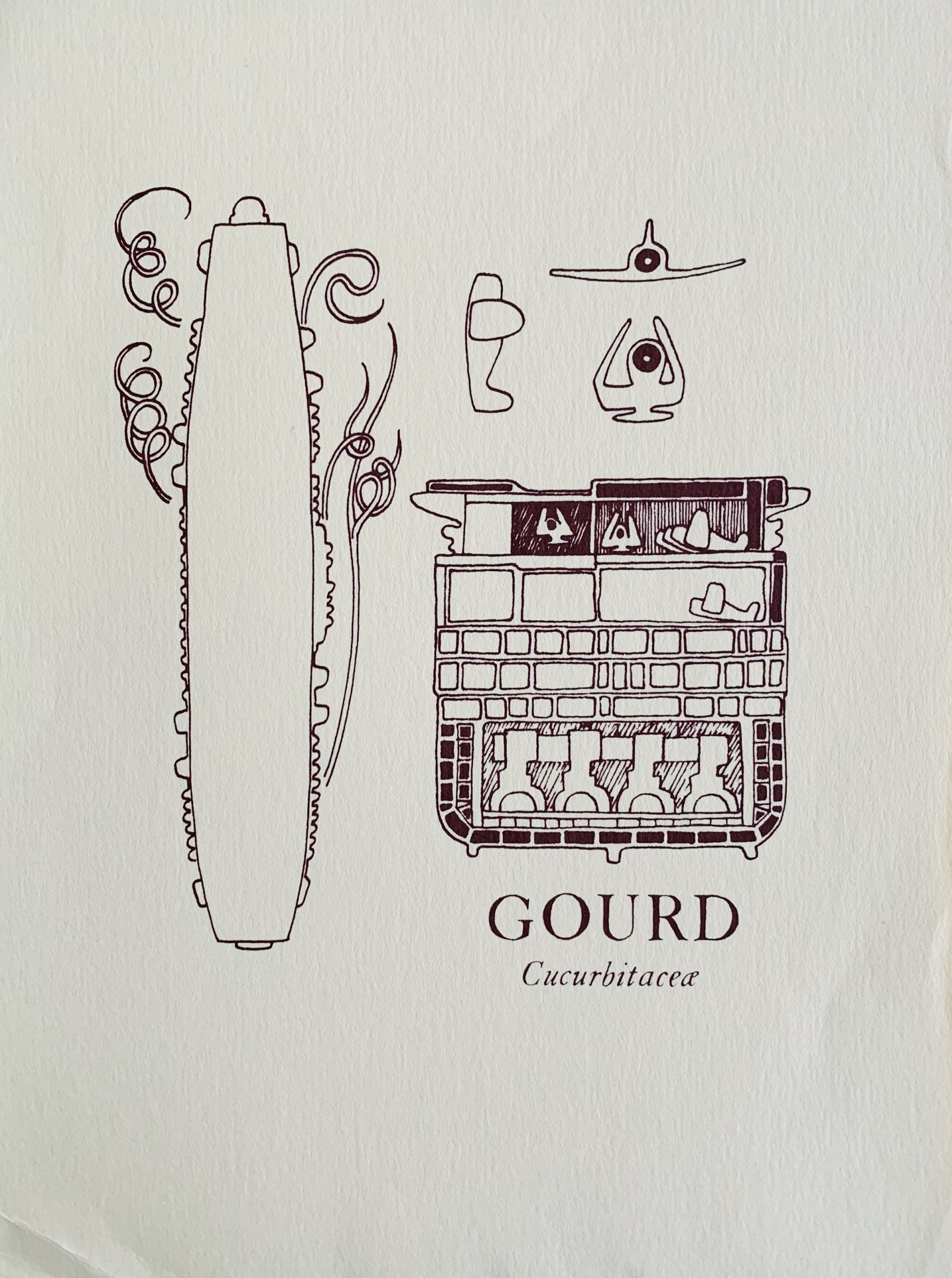 Little Sparta: Wild Hawthorn Press, 1987
27.9 x 20.9cm, brown on white laid paper silkscreen with a drawing by Ron Costley after Finlay's instructions of a cross section of an aircraft carrier with airplanes and plan from above of the landing strip. Just as certain fruit gourds carry their seeds only at the right moment to discard them to the air so does this weapon of war. One of 350 copies in a light card folder which is signed and numbered in pencil on the back by Finlay. Slight crease bottom left through both folder and print. 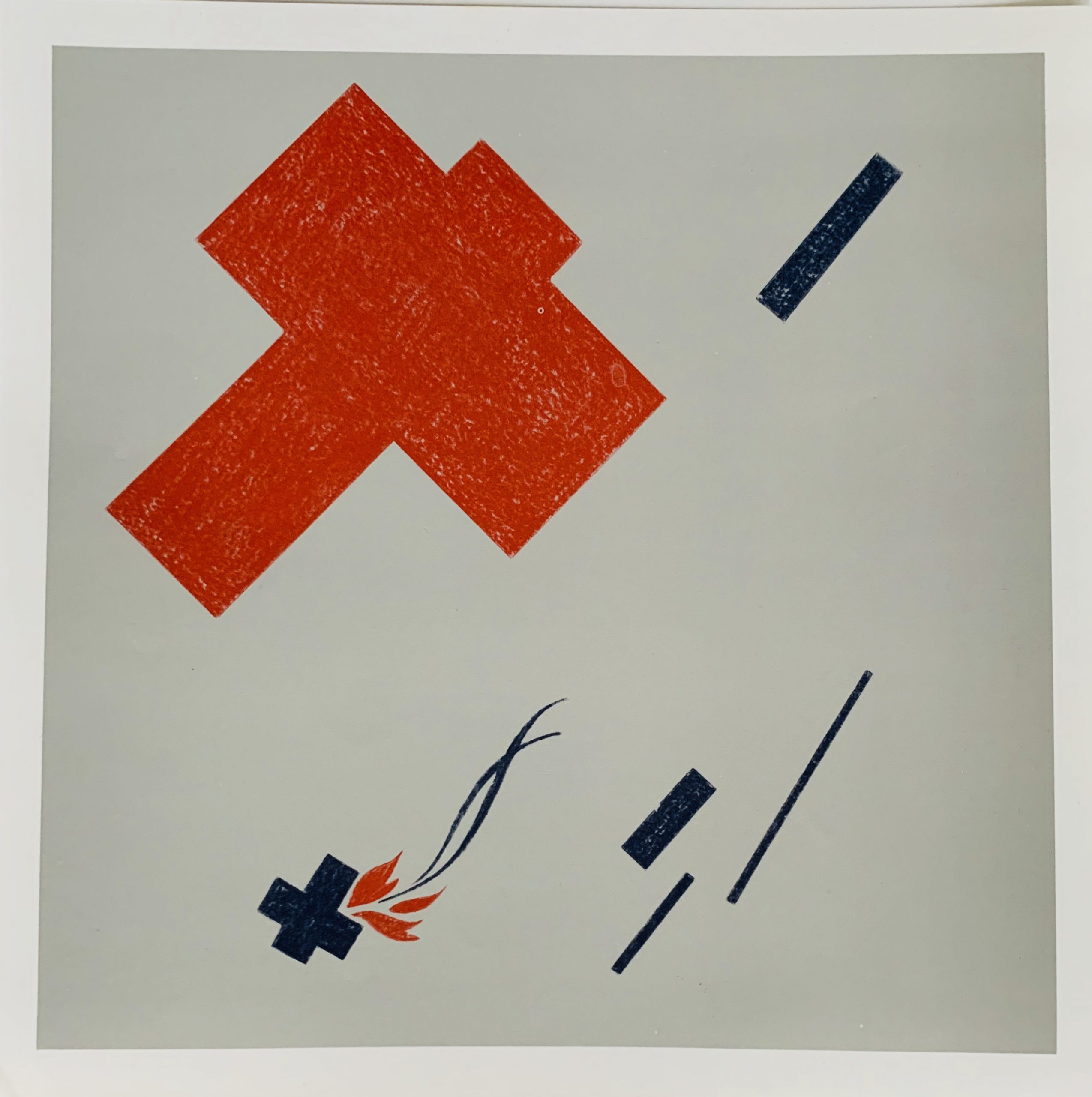 Dunsyre: Wild Hawthorn Press, n.d (1974)
28 x 28cm, printed paper folder content of a 28 x 28cm red, blue and black offset lithographic print.
The image is of two world war fighter planes (one on fire having been shot down) and airborne debris - drawn on Finlay's instruction by Michael Harvey.
The style is clearly that of Malevich's Supremacism - an abstract form that used hard edge geometric shapes to create works - in fact Melevich had created a painting of a plane in flight called "Suprematist Composition: Airplane Flying" in 1914/5 which is similar in many ways albeit in different colours.
The Tate Gallery claims that "Finlay has said that Malevich would have seen himself as ‘the best aeroplane’, and that the victim in the dog-fight might be Vladimir Tatlin, a rival Soviet artist."
One of 300 copies signed and numbered by Finlay on the back of the folder. VG. 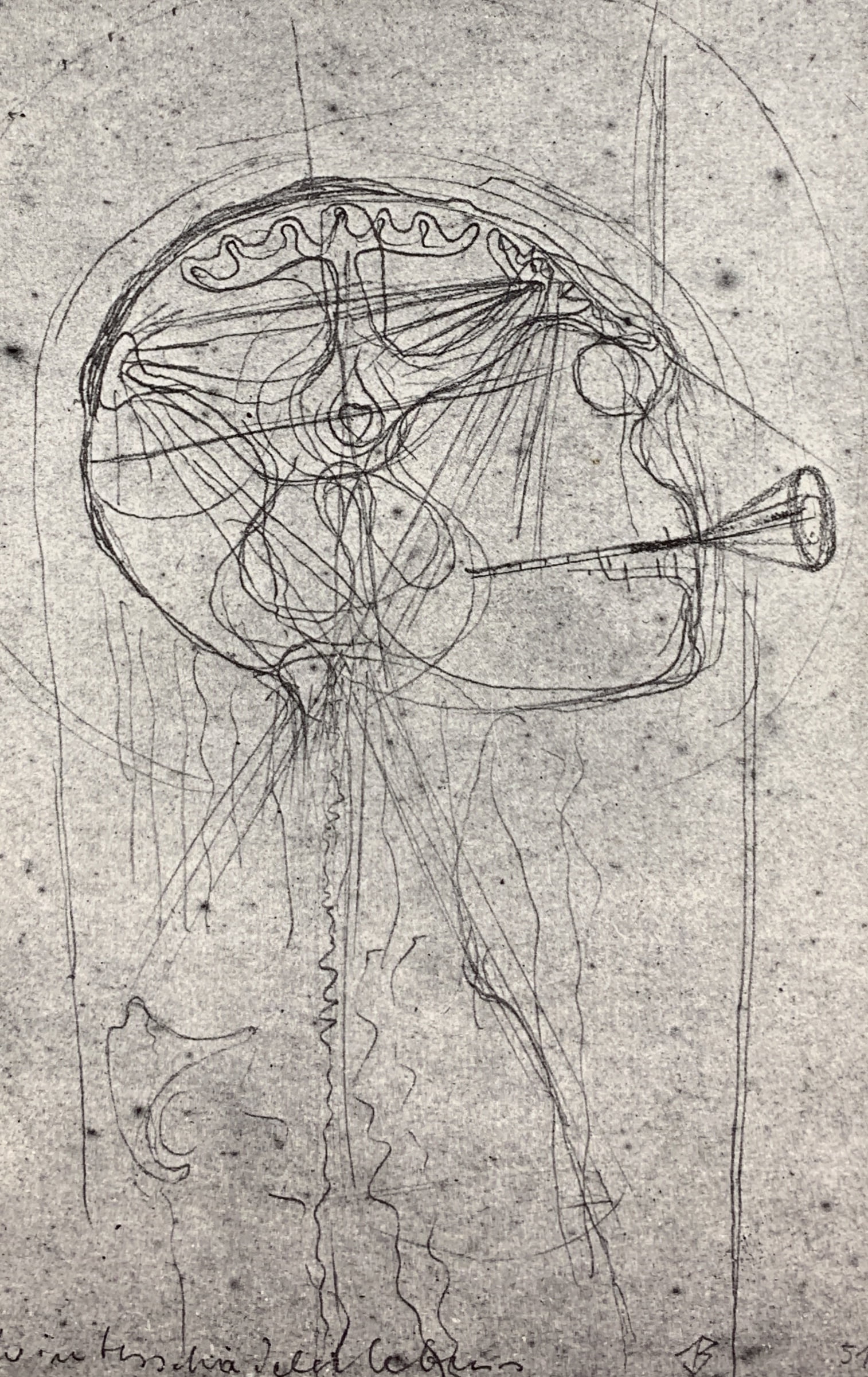 06 Jun JOSEPH BEUYS: THE SECRET BLOCK FOR A SECRET PERSON IN IRELAND. 1974.

Edinburgh: Scottish National Gallery of Modern Art, 1974
13.6 x 8.6cm, 2pp announcement card with a Beuys drawing from the "Secret Block" reproduced on the front. This is one of Beuys' most important works - a group of drawings made by him in the early 70s. VG+. 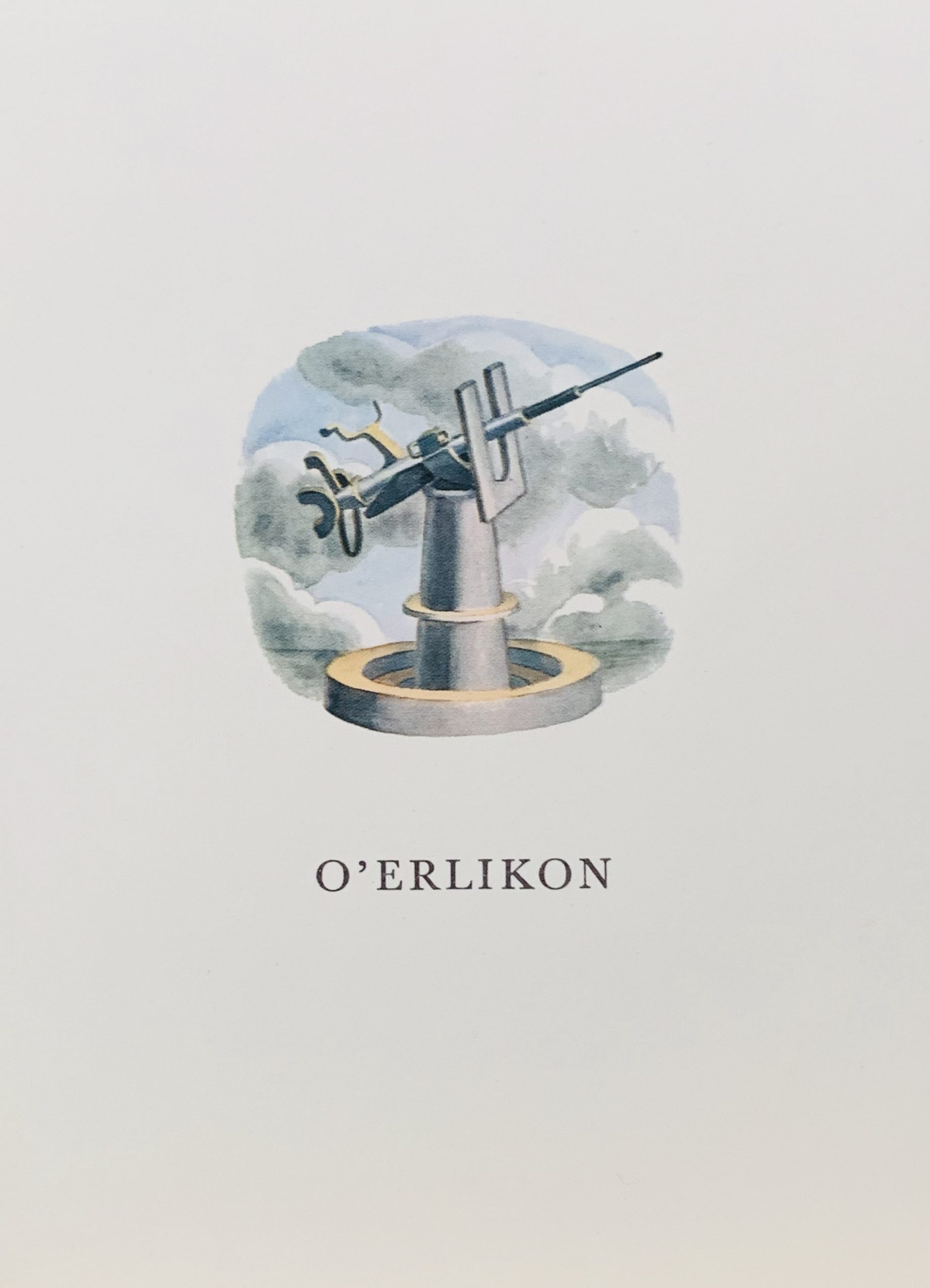 Posted at 16:14h in Artist's Postcards

Dunsyre: Wild Hawthorn Press, 1973.
10.2 x 14cm, 2pp. The first of Finlay's cards to feature the Oerlikon cannon (in a painting by Susan Goodricke which gives the weapon a charming air of romance). The name of the gun is altered to O'Erlikon under the image. VG+.