Posted at 15:03h in Artist's Postcards

Dunsyre: Wild Hawthorn Press, 1974.
6 x 24cm, 4pp (printed internally with asymmetric fold such that part of the card is hidden until opened). Artist's postcard with a drawing by Ron Costley of seven swans - the first 6 are made up from number "2"s and the hidden last one is a "7". A visual poem. VG+. 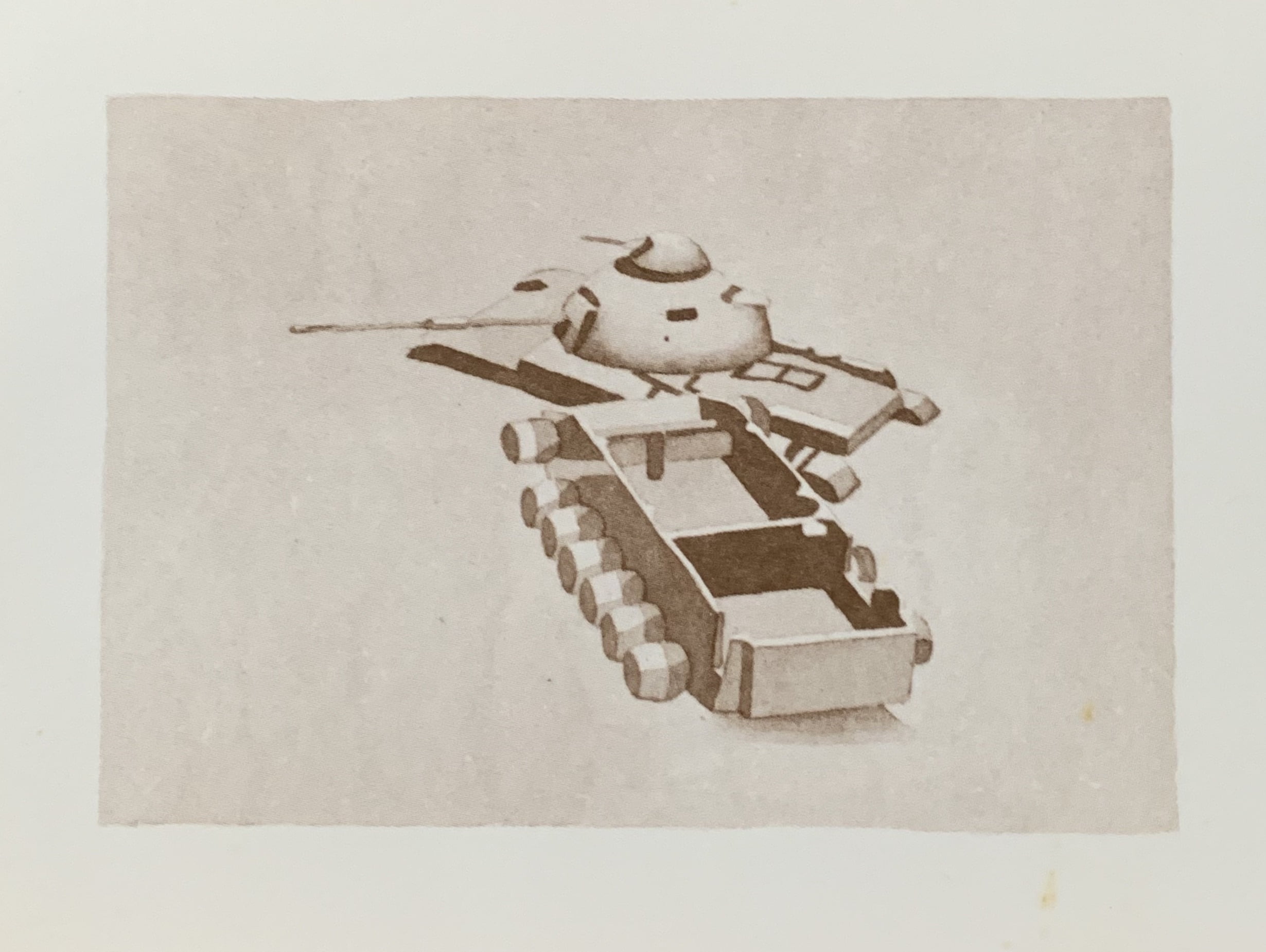 Posted at 15:12h in Artist's Postcards

Dunsyre: Wild Hawthorn Press, 1974.
8.7 x 11.7cm, 4pp. Artist's card with a painting by Karl Torok of a Finlay cotton-reel (also known as a bobbin) tank (a well known way of children to make such toys). The title also refers to the Churchill Bobbins tanks (the bobbin from the reel that was found at the front of these tanks which laid tracks or bridges) although the model here is not accurate to the latter's design. VG+.