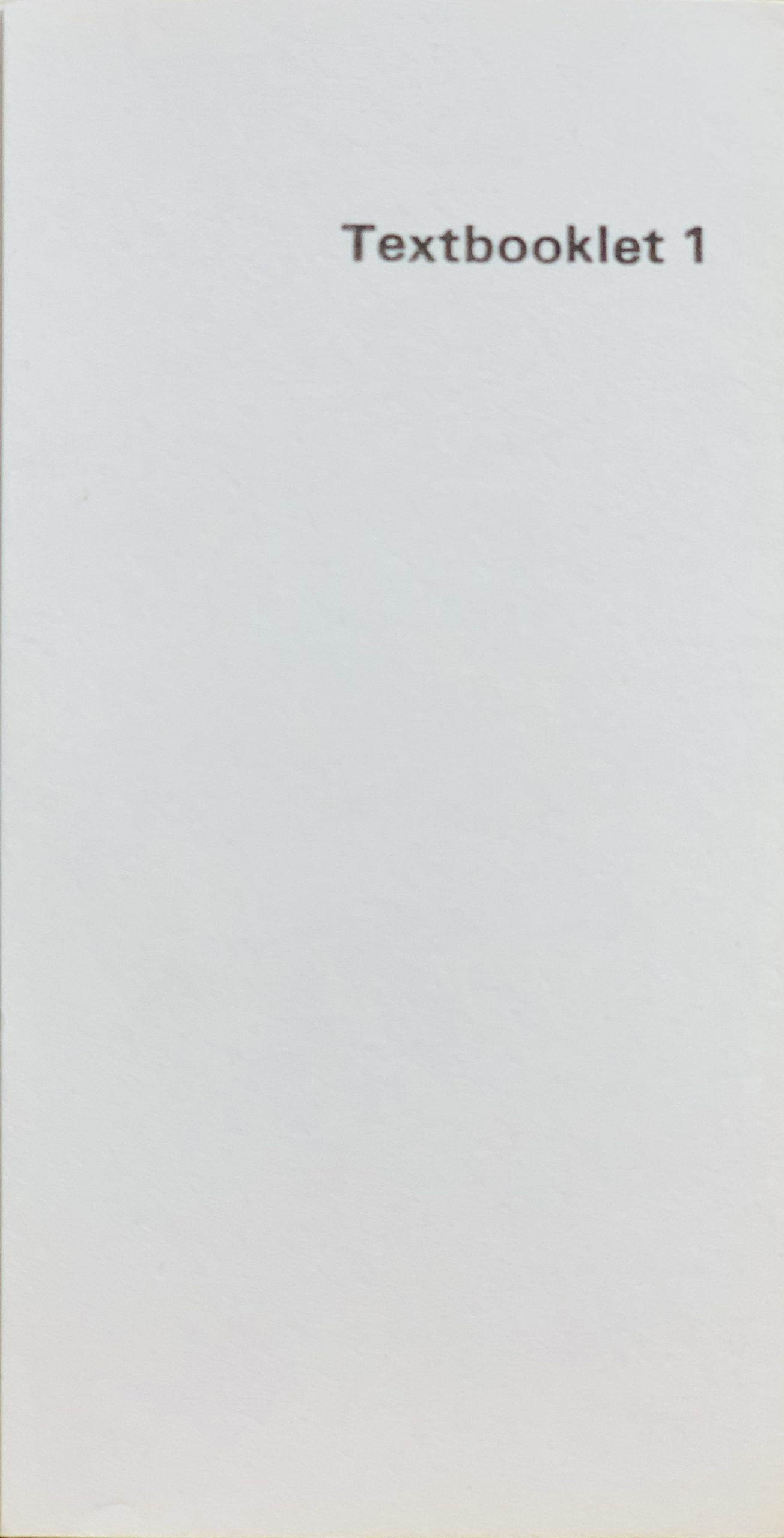 Dunsyre, Lanark: Wild Hawthorn Press, n.d. (1975)
10 x 5.2cm, 18pp (printed on one side only) accordion fold.
The first of three such "textbooklet"s which have similar formats. Here three texts are all displayed vertically: "Concrete effect?", "Crossword effect?" and "Weather effect?".
Finlay is playing with the three reasons why text might be shown in such an unusual manner - the concrete poem that uses verticality in many ways including inferring direction and falling, the crossword which needs vertical text to allow the words to be, well, crossed, and the weather where rain and snow falls and is a direct reference to the famous (and one of the first ever concrete poems) by Apollinaire "Il pleut" which Finlay knew well as he later parodied it in an artist's card. VG+. 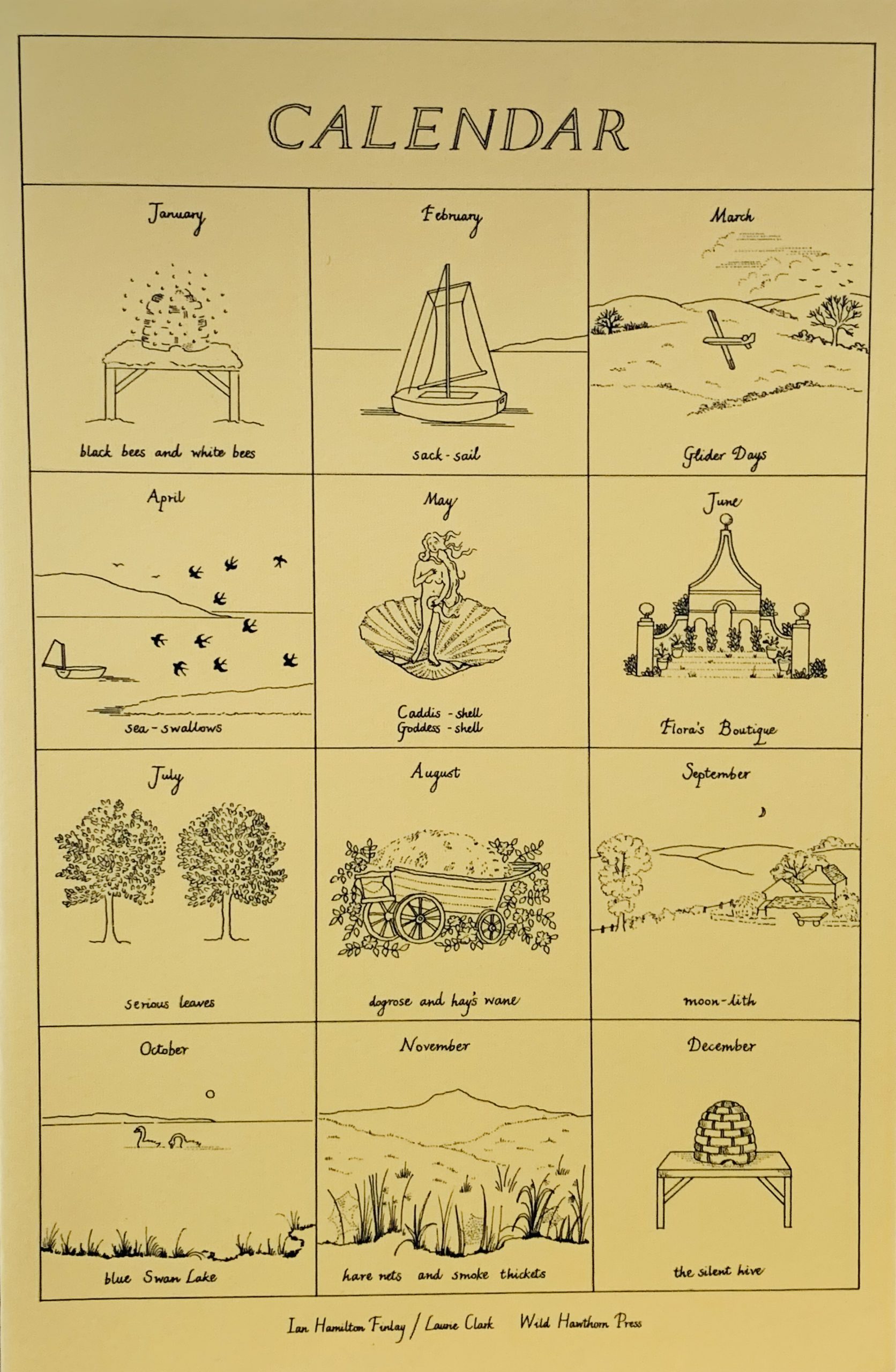 Posted at 19:48h in Artist's Postcards

Dunsyre: Wild Hawthorn Press, 1975.
22.2 x 14.6cm, 8pp (single card folded twice) . A "calendar" designed by Laurie Clark for Finlay with each of the months being given new symbolism. For example, January has a drawing of "black bees and white bees", March is "glider-days", October - blue swan lake and December - the silent hive.
The use of symbols for each month is reminiscent of Le Calendrier Republican that was introduced on 24 October 1793 by the National Convention where the names of months were replaced with objects relevant for that season or month with the year beginning in March. Finlay/Clark's is less radical in that the names and dates of the months are not replaced but the symbolism is similar if more modern.VG+. 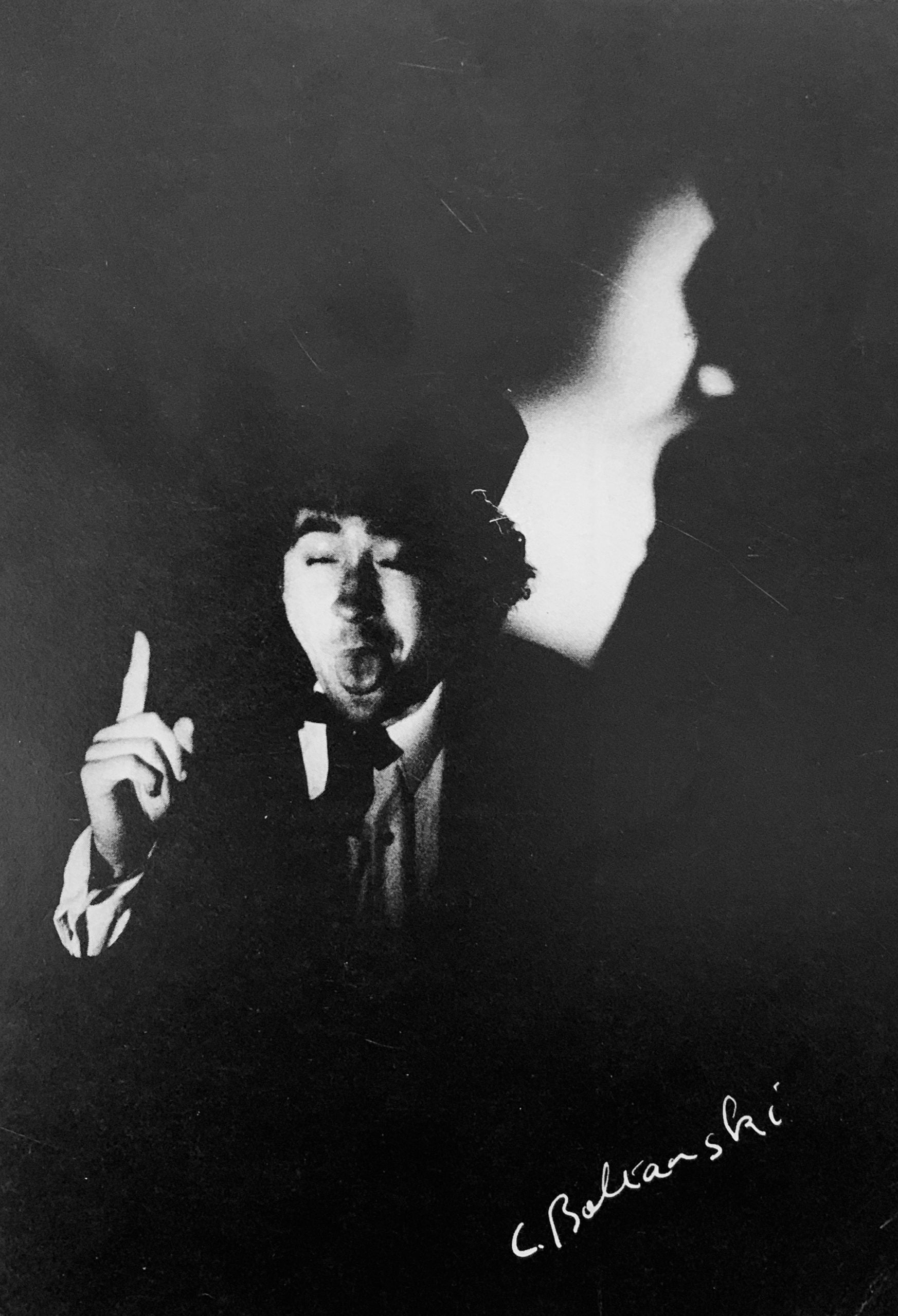 New York: Galerie Sonnabend, 1975 17 x 11.6cm, 2pp. Announcement card with an image of Boltanski pretending to be a drunken clown in b/w on the front. On the back are found gallery information. This is a mailed copy hand addressed to M. Berg by Boltanski which also signed by Boltanski in black ink. VG+. 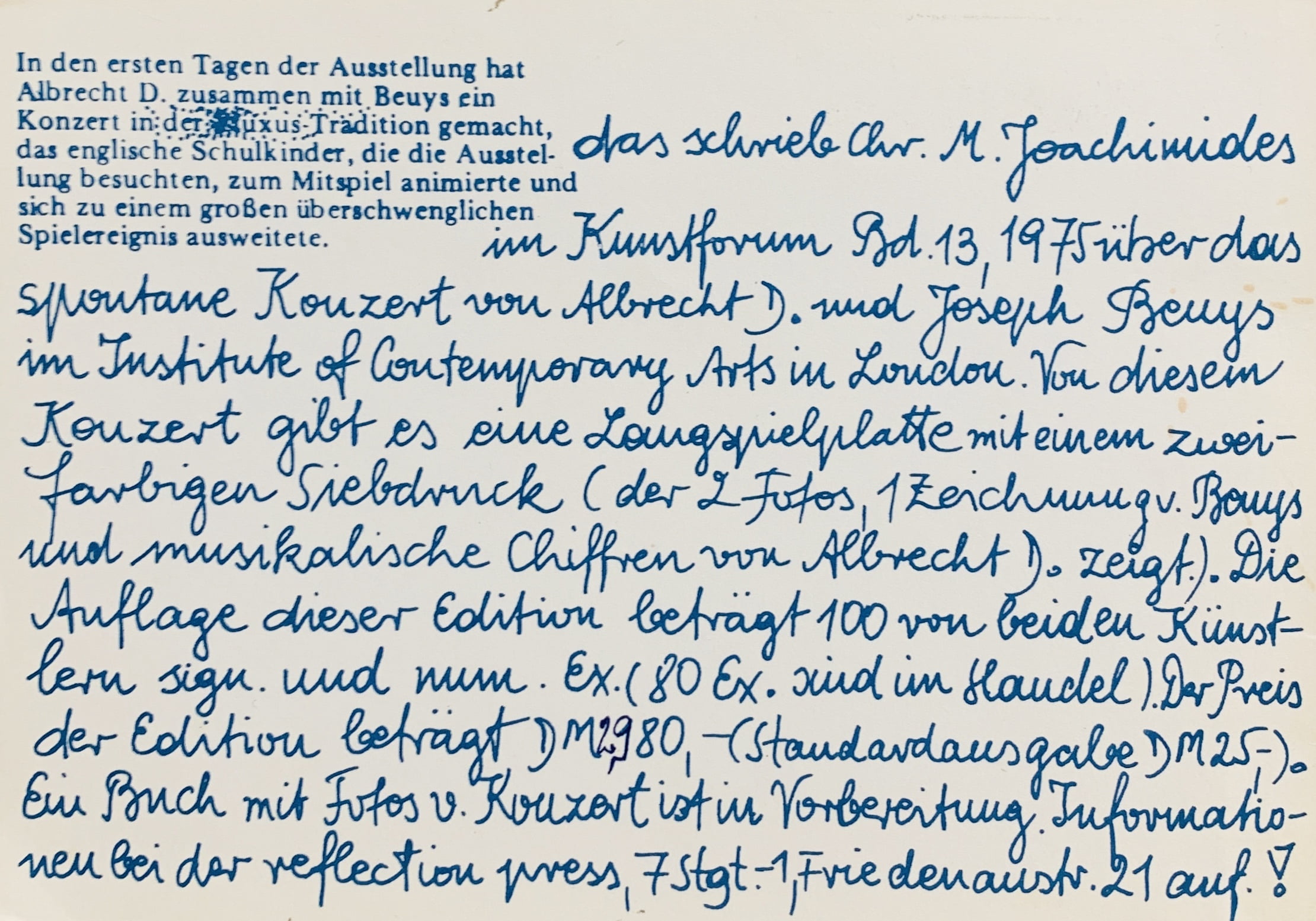 Dusseldorf, Reflection Press, 1975
10.5 x 15cm, 1pp. Blue on white announcement for a LP edition written in Albrecht/d's facsimile hand. The concert was from the ICA in London in 1975. One hundred numbered and signed copies were released. VG+.