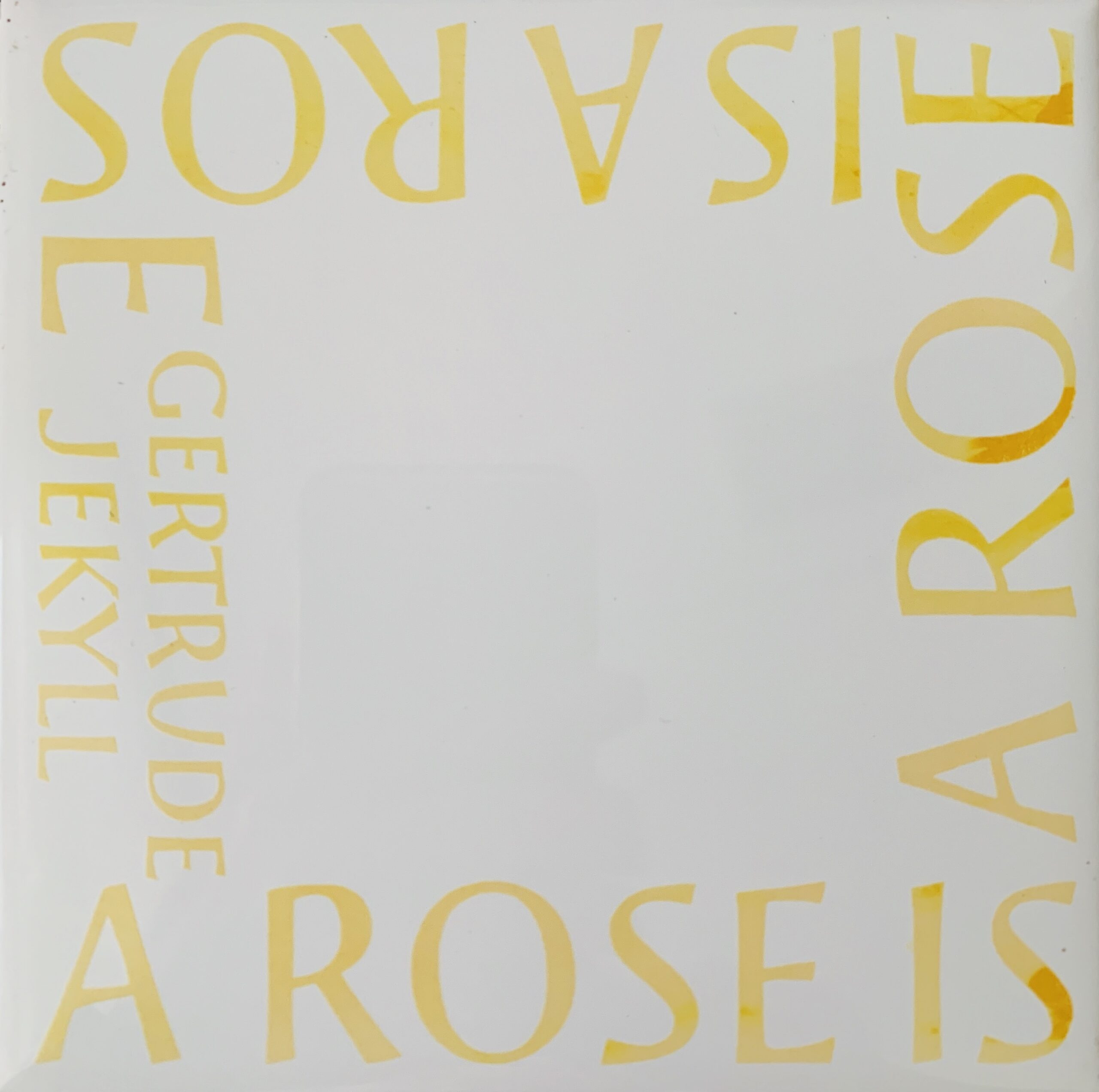 Little Sparta: Wild Hawthorn Press, n.d. (1976)
15.3 x 15.3cm, yellow on white ceramic tile with a typographic design - the text A ROSE IS A ROSE IS A ROSE" (Shakespeare presumably) is printed along with the name Gertrude Jekyll - a turn of the century British horticulturist and garden designer. This is a yellow on white variant - there are also pink and red versions also on white tiles. 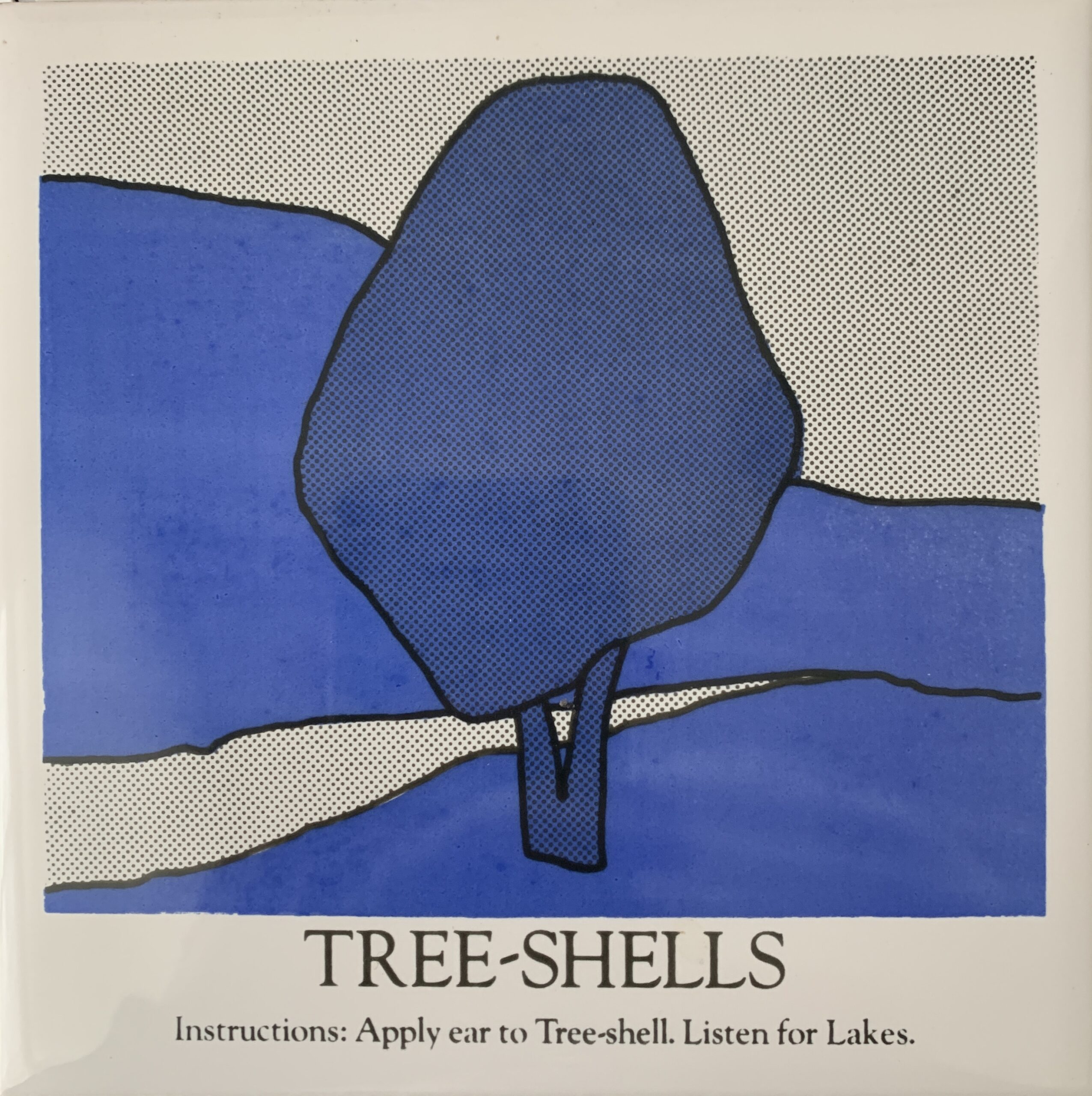 Little Sparta: Wild Hawthorn Press, n.d. (1976)
15.3 x 15.3cm, blue on white ceramic tile with a design by Jim Downie (who later fell out with Finlay by the way the image had been used) - the text reads "TREE-SHELLS. Instructions: Apply ear to Tree-Shell. Listen for lakes." This is a blue on white variant - there are also green on white tiles. 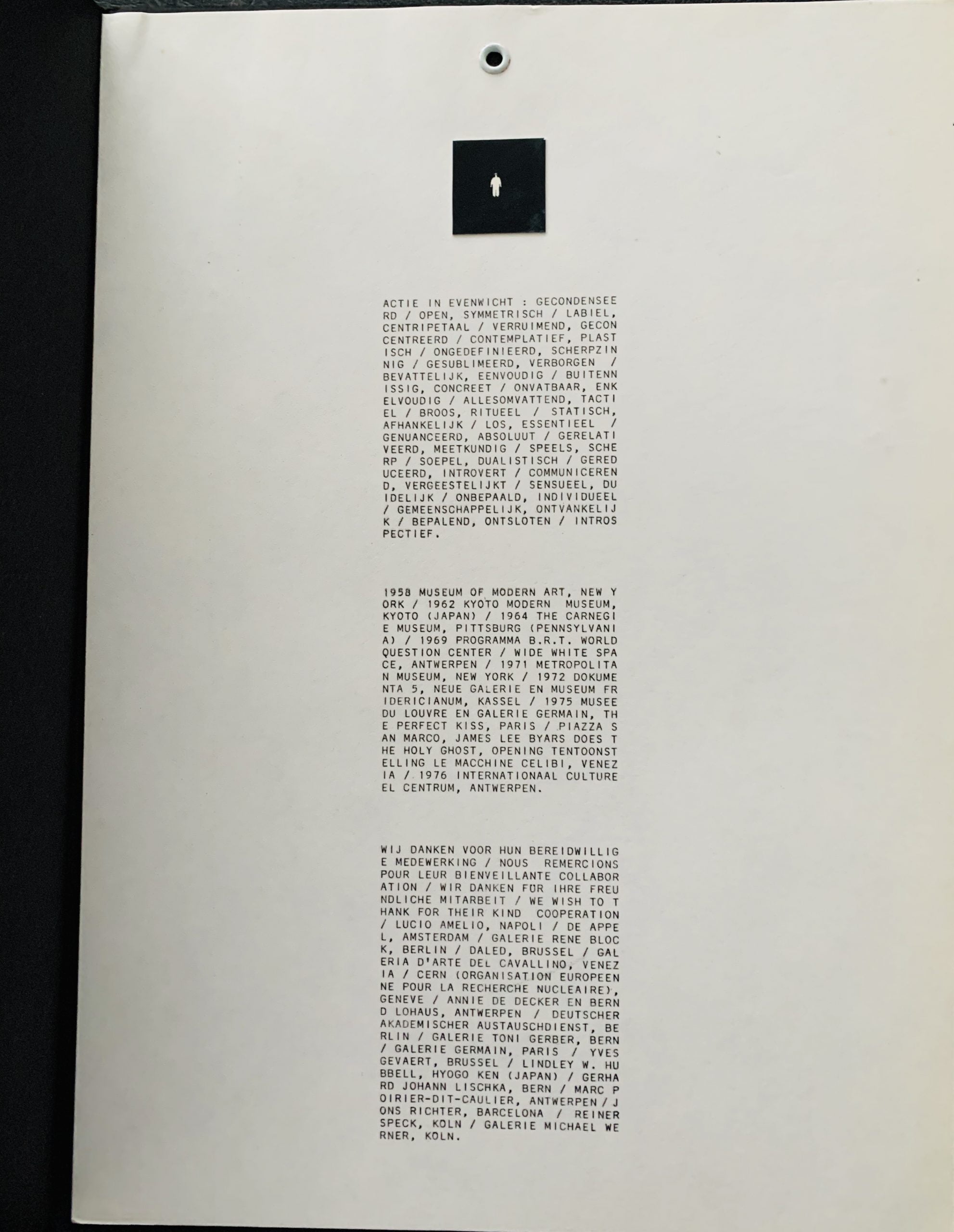 Antwerpen: ICC, 1976 30 x 21cm, 4pp plus 1pp insert riveted into the centre. Paper edition with a text in Dutch, English and German and a small 1cm square original photograph tipped on of the artist. Fine. Limitation unknown. ... 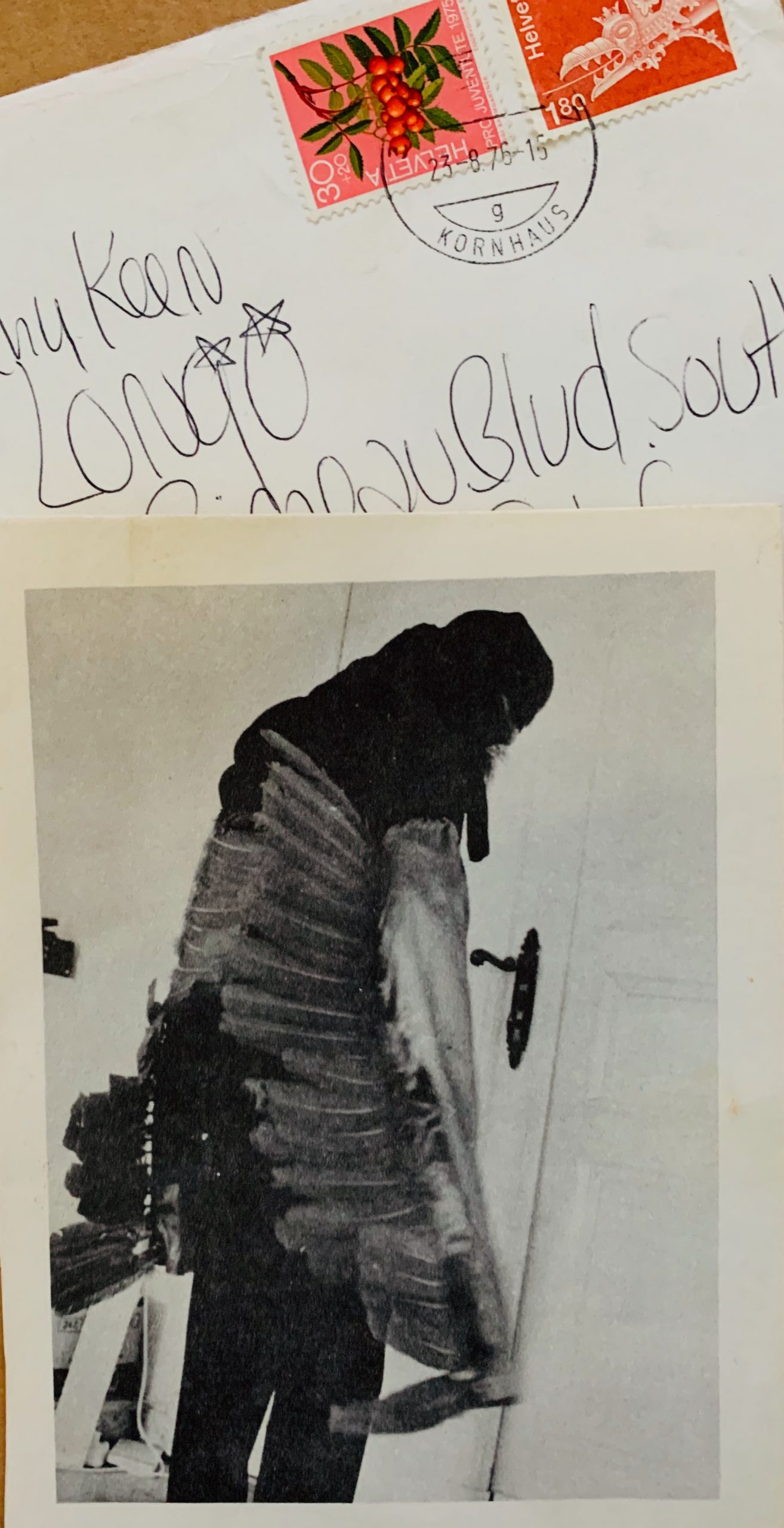 Belgium: s.p. (Byars), 1976 A 14 X 10.5CM, hand clipped (b/w offset photograph of James Lee Byars in an unknown performance where the artist appears to be dressed in a costume with feathers along the arms to mimic a bird. JOINT WITH ORIGINAL POSTAL ENVELOPE - A stamped, addressed and mailed example to Thomas Longo of LA. Hand addressed by Byars and with the return address of the artist in Belgium. ... 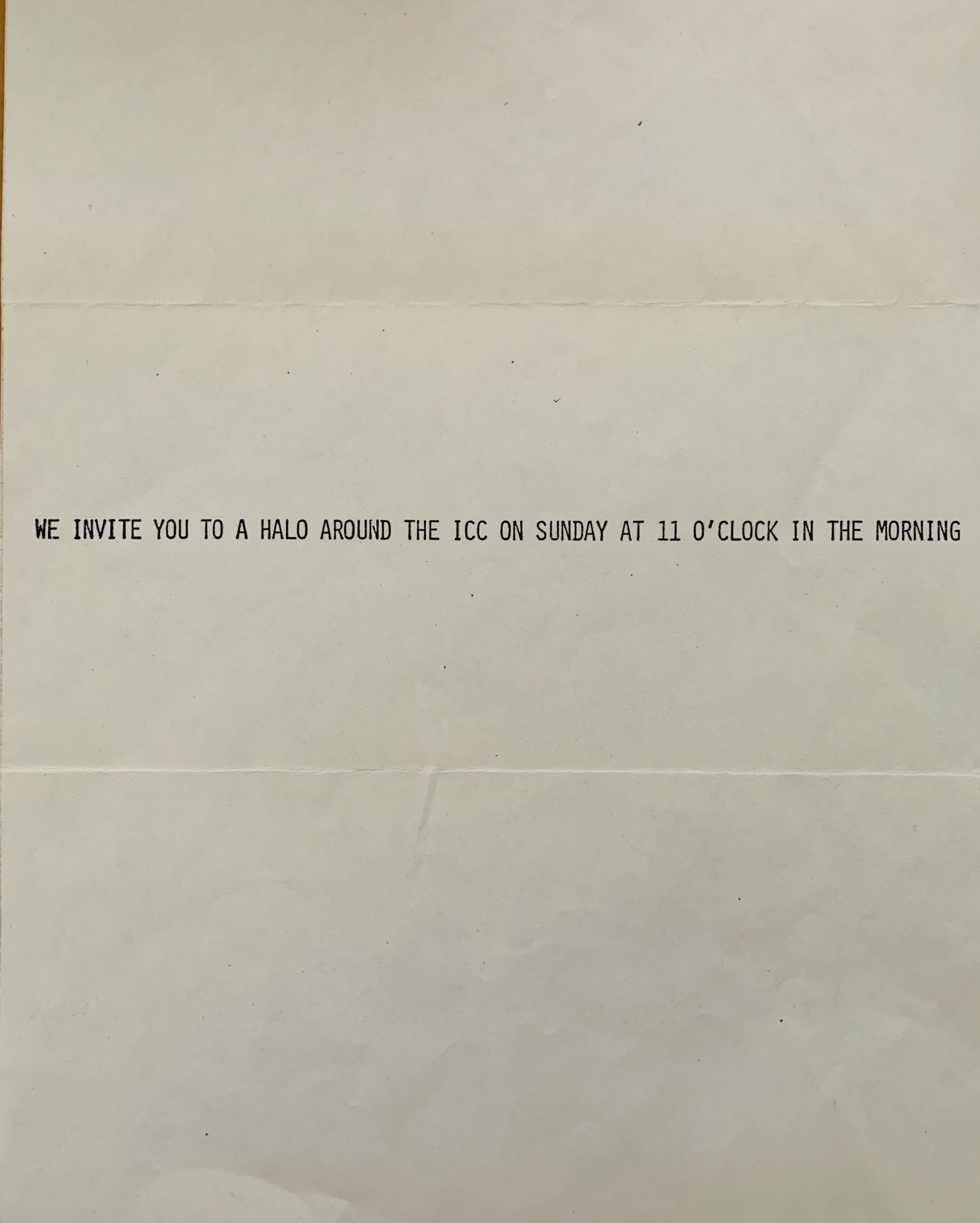 Antwerp: ICC, 1976 30 x 21cm, 1pp. Single sheet of paper with the title text printed in a single line in the middle of the sheet. The announcement for a performance by Byars - "Action by James Lee byars in front of the I.C.C. on the Meir, Antwerps' busiest shopping street. The proportional analogy between the width of the facade of the I.C.C. and the width of the street, inspired James Lee Byars for this action. Under the watchful eye of Byars, I.C.C. director Flor Bexstarts with the painting of a semicircle on the street in front of the building. The original plan was to give a performance at the exact centre of the halo, but Bex was caught red handed and arrested by a patrol of the Antwerp police. Byars, who had gone "missing" when the boys in blue arrived, eventually gave his performance, under the form of a reception in an unfinished halo.” Leaflet is folded twice in the middle else VG. JOINT WITH ORIGINAL POSTAL ENVELOPE - A stamped, addressed and mailed example to Thomas Longo of LA. Opened neatly.... 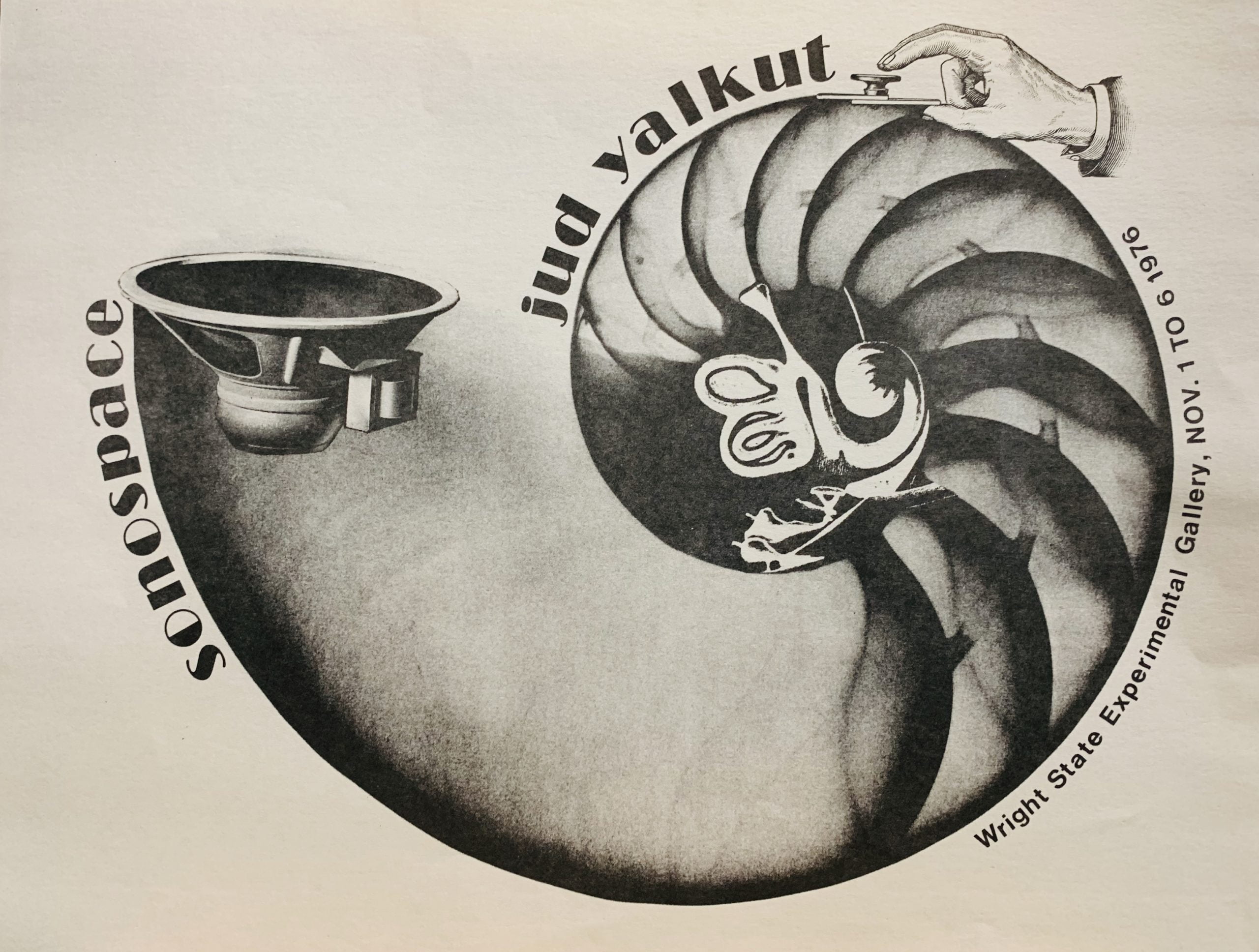 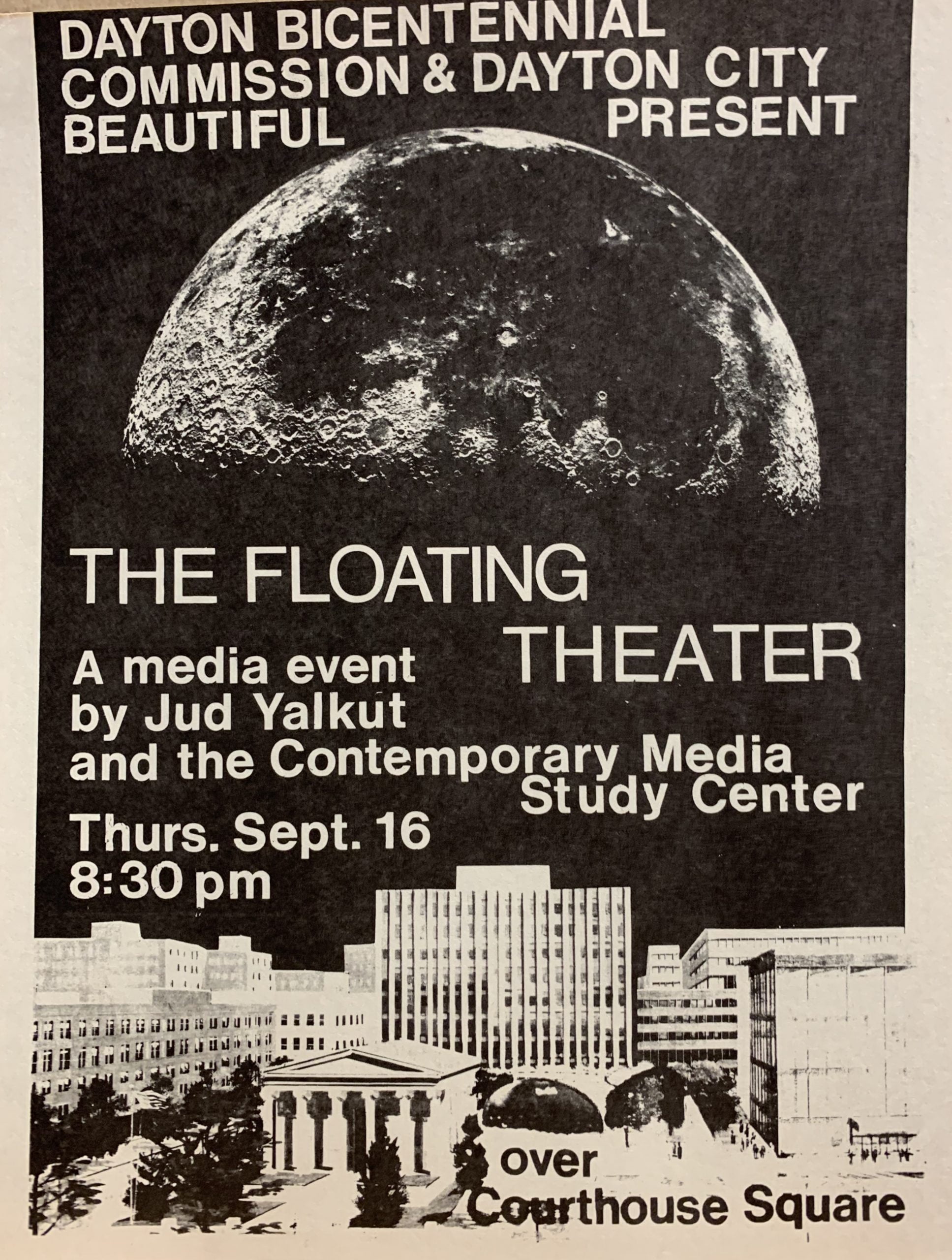 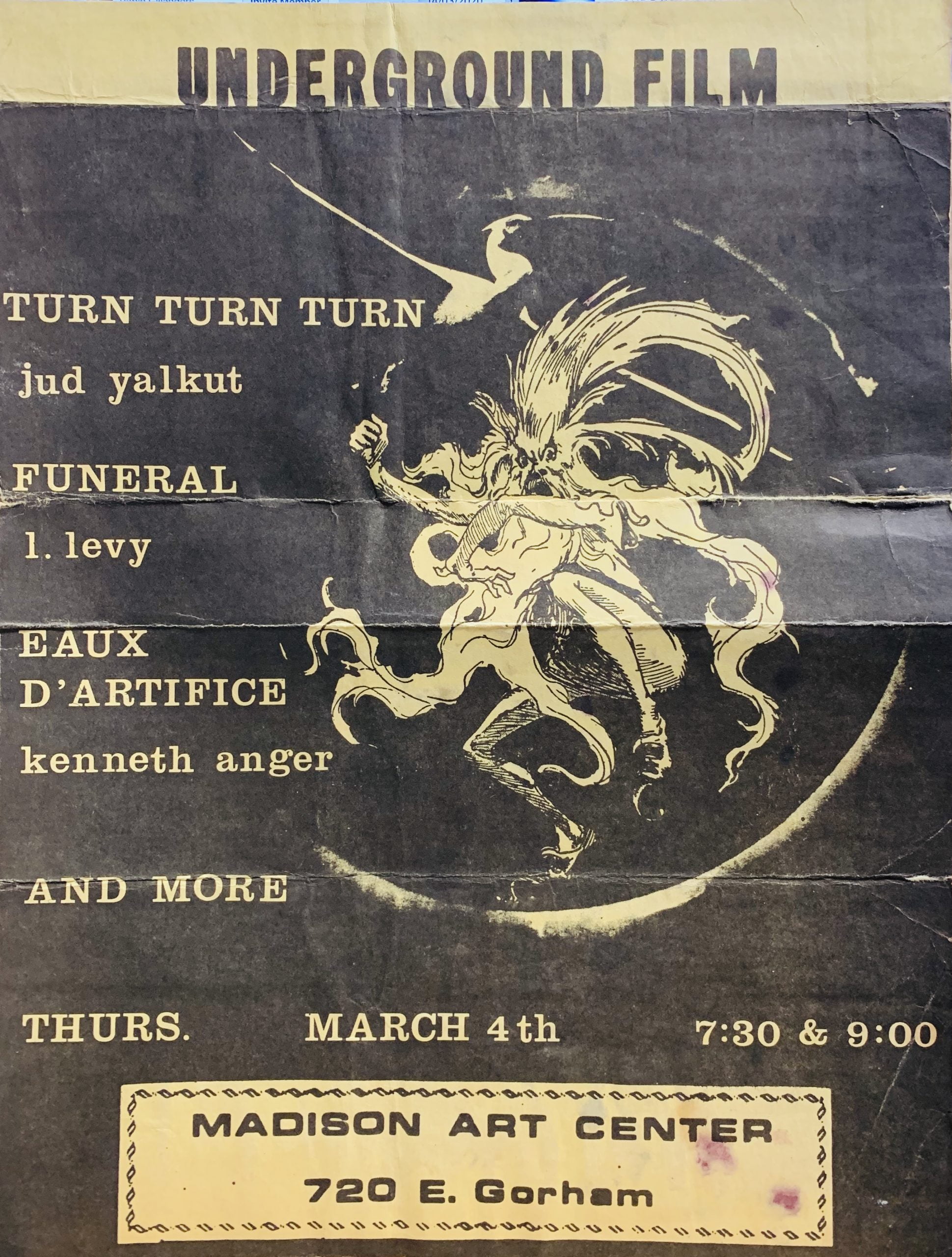 =Koln: Byars, 1976 15 x 50cm, white on black poster/banner with title press. The Play of Death was a performance by Byars sponsored by Dr Reiner Speck who reserved the 13 first-floor rooms of the Domhotel Cologne where at 12am on a particular date all the shutters were simultaneously thrown open by Byars and 12 doctors dressed in black. Very scarce. Fine....