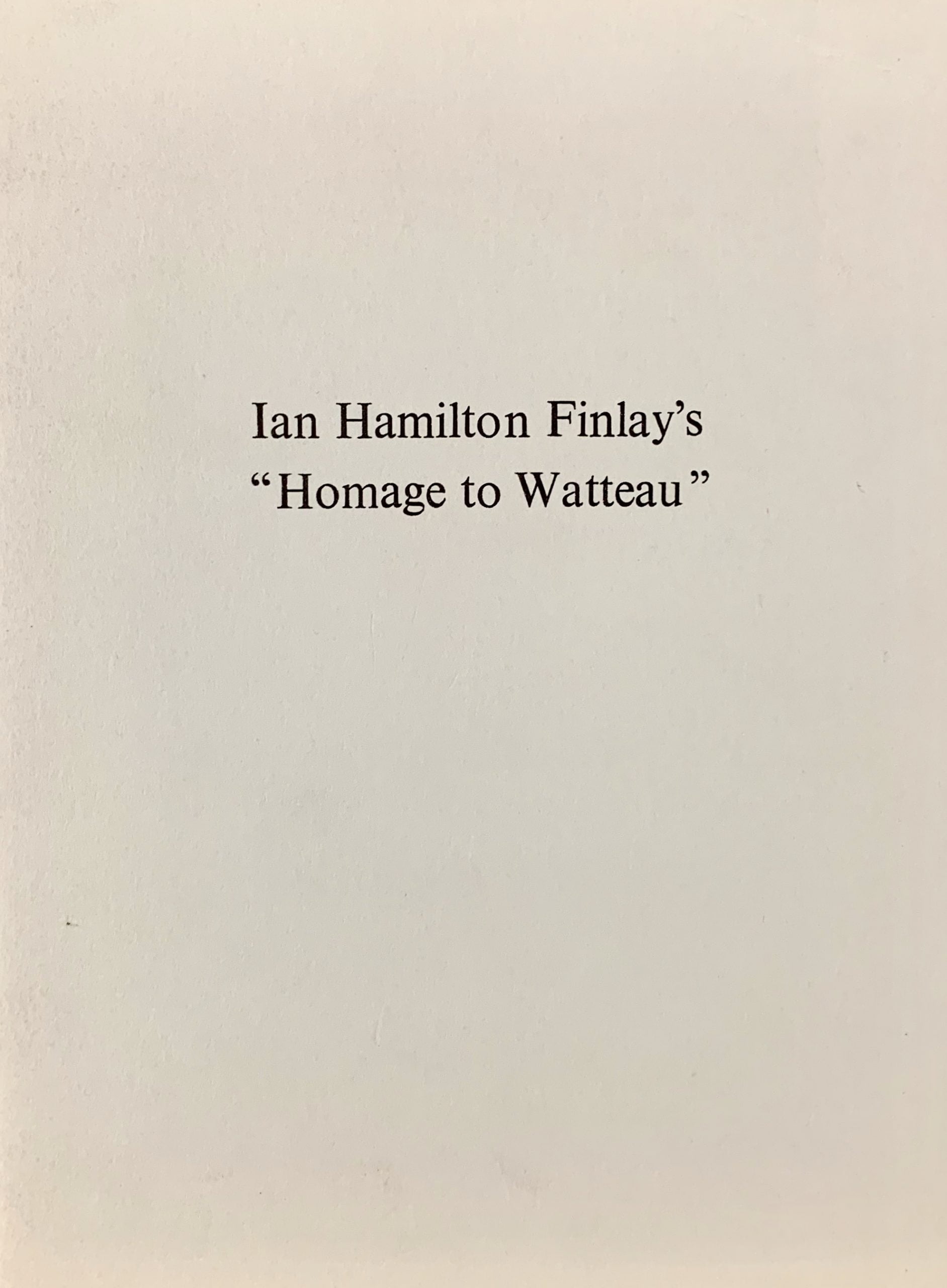 Paris: Musee Nationaal d'Art Moderne, 1976
10.6 x 21cm, 2pp b/w offset leaflet for a solo show of colour images by Boltanski. On the reverse there is an extract in the artist's holograph from a letter to Guy Jungblut which says:

"I make photographs, I am perfecting my technique and try to conform to rules of art which is difficult. I am making colour photographs of things that I am fond of, to show the beauty of simple things and a "joie de vivre". "

Boltanski's images were of food and family life and are very bold in technique. VG+. Scarce. 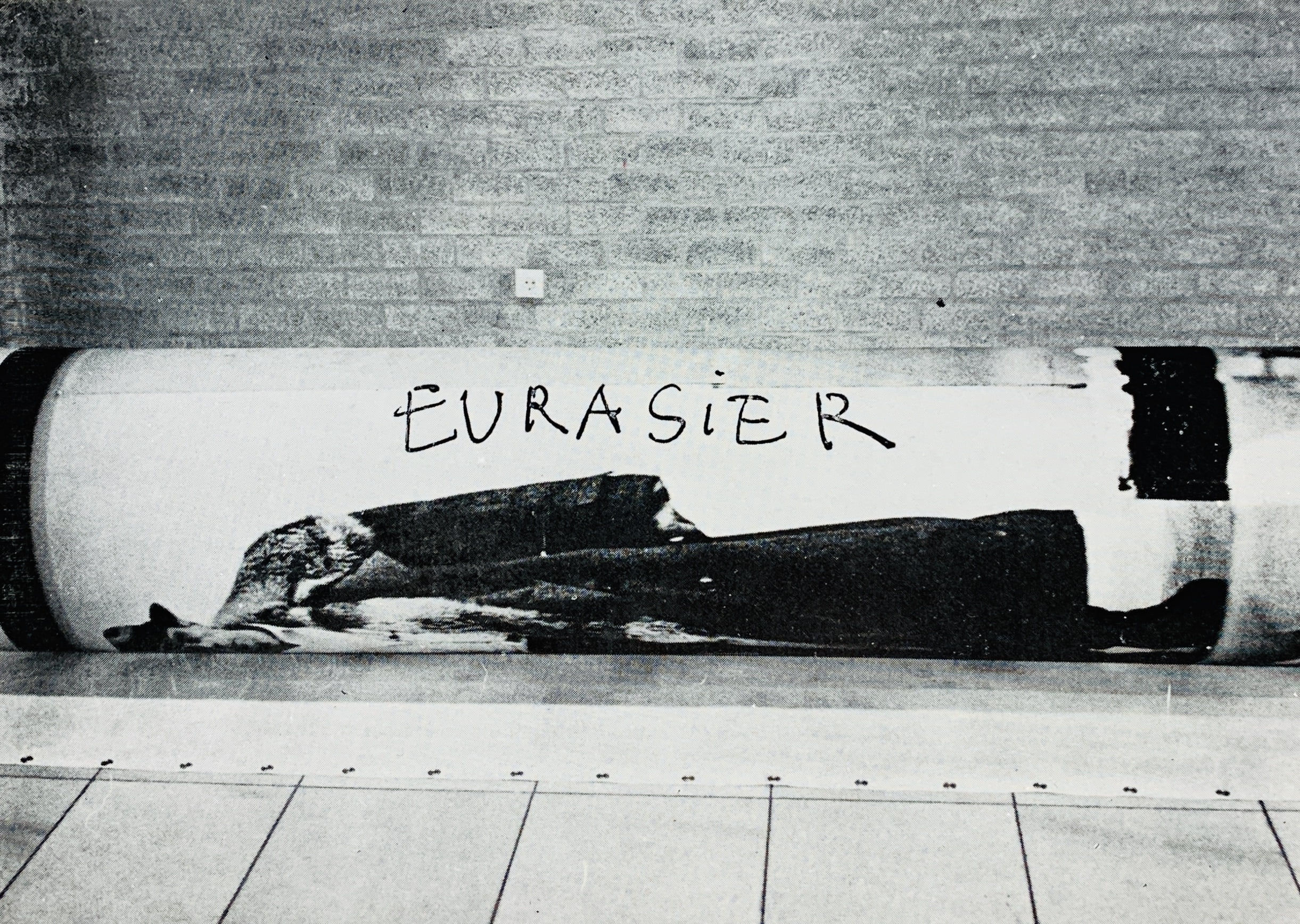 Dusseldorf: Galerie Schmela, 1976
10.5 x 15cm, 2pp announcement card for one of Beuys' many shows at the gallery. One work in b/w on the front and verso the gallery details. A mailed copy but still VG+. 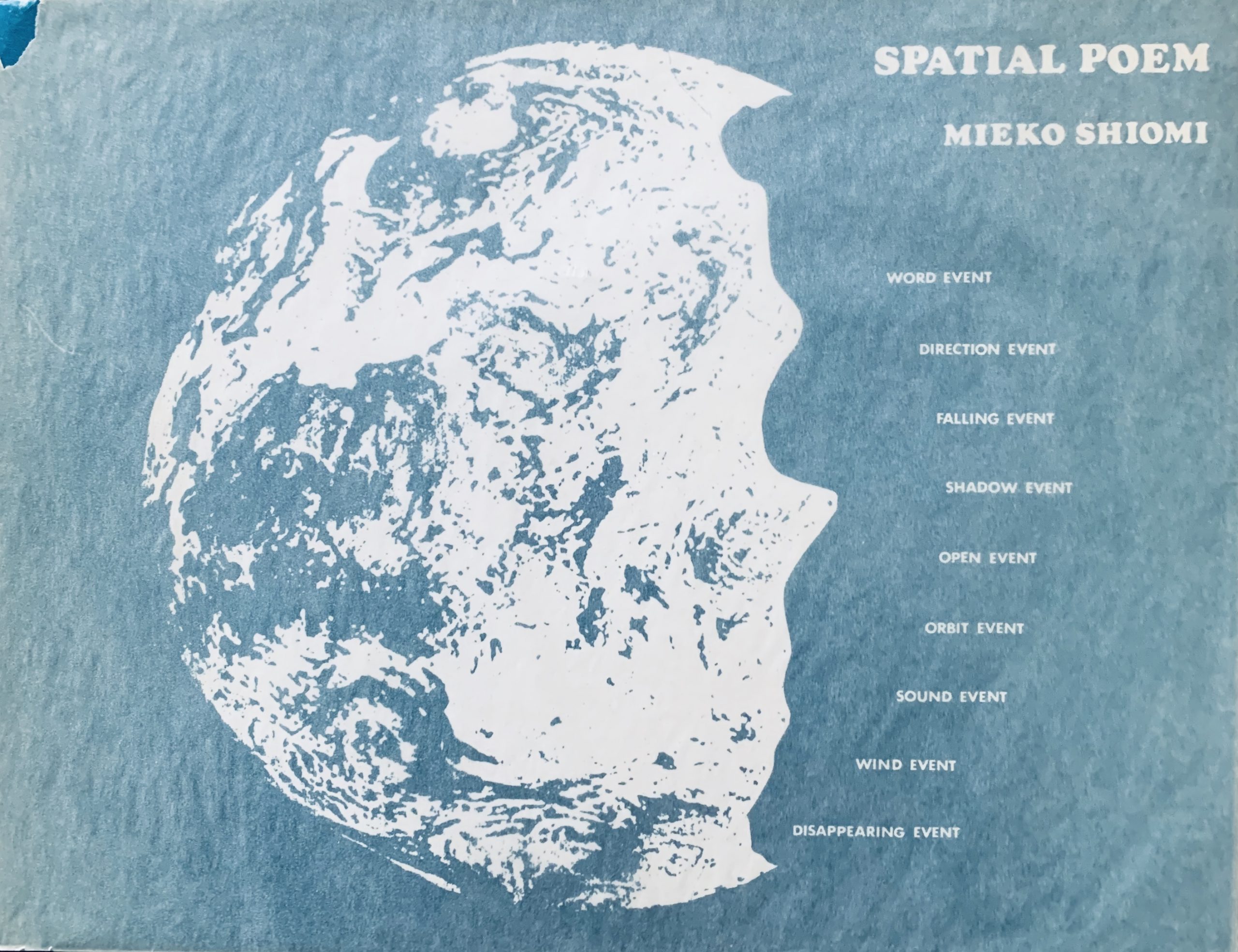 Osaka: s.p. (Mieko Shiomi), 1976
21x 27.2cm, 72pp and pictorial wrappers. A major documentation by the Fluxus affiliated artist Mieko Shiomi where she wrote to participants the world over to create nine "global events" between 1965 and 1975. Each section has the original request and often a map showing the individual artist's response to Shiomi's letter.
A nice book to which Finlay contributed thus:
Spatial Poem No. 1 Word event 4 - "funnelwhelk" on the mantelpiece in the kitchen of Richard Morgan's house (known as eastview") Strathmiglo Fine, Scotland;
Spatial Poem No. 2 Direction event 4 - a concrete poem:

After that Finlay did not involve himself in the later global events.
VG+ example of an increasingly difficult to find book.