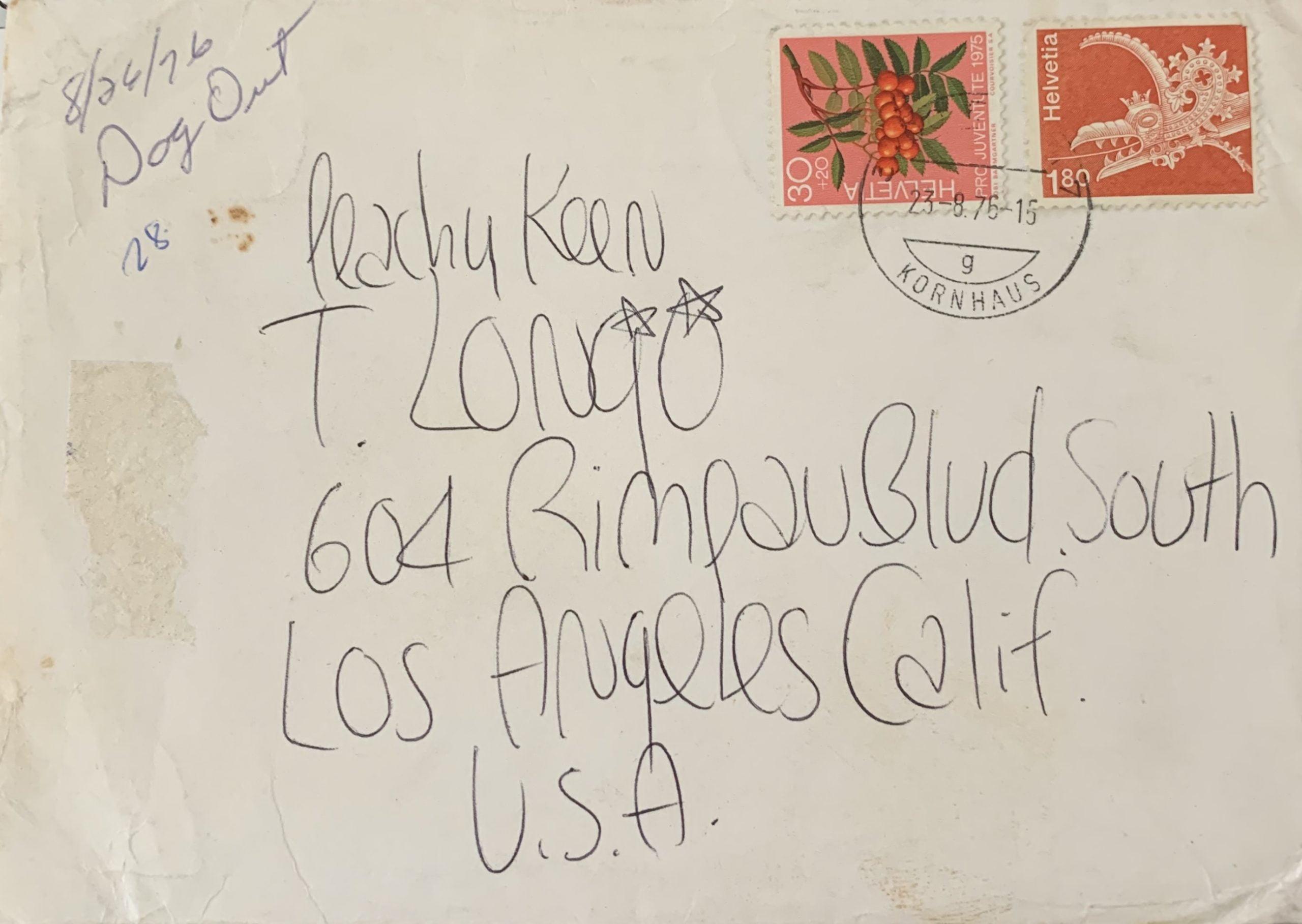 Standard white envelope hand addressed (with a couple of stars) by Byars to T. Longo of Los Angeles who Byars has nicknamed "Peachy Keen", The envelope has been mailed and is franked and dated 23.8.1976 and sent from Belgium. A few stains and marks from the postal service else VG.... 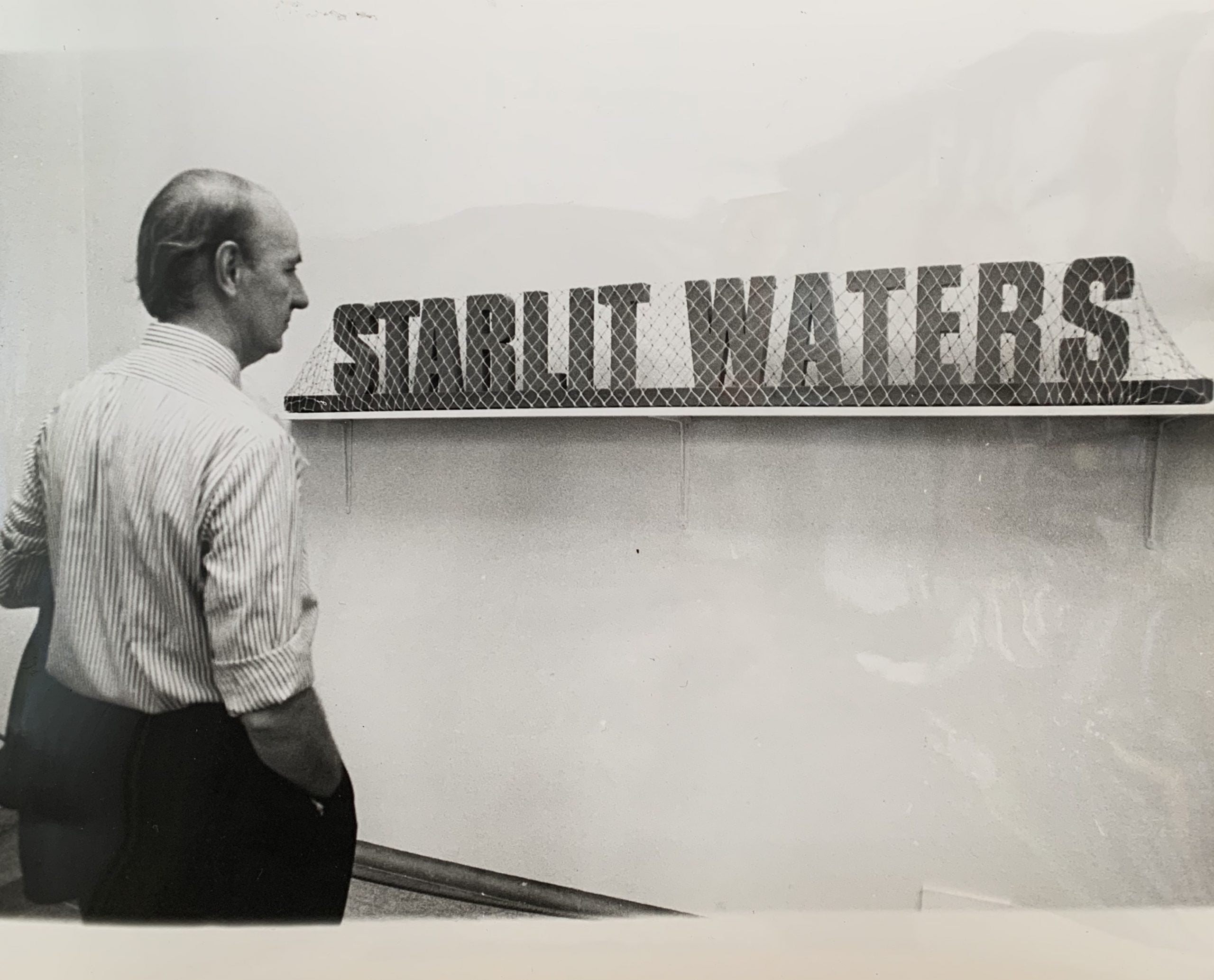 Posted at 13:17h in Photographs

NYC: n.p., 1976
20.5 x 25.2cm, b/w silver gelatine original photograph of a man (probably a journalist) looking at the newly purchased Ian Hamilton Finlay work "STARLIT WATERS" which the Tate Gallery in London had recently purchased.
A press photograph with extensive text on the reverse intended by the journalist used for a "shock horror" story about the purchase.
The work had been bought only 6 months after the "fire brick scandal" (actually a major press made up story about the Tate buying an extreme minimalist work by Carl Andre which consisted of 144 bricks) so this image was an attempt by a journalist to recreate that public outrage at perceived mis-use of public funds. Of course, the journalist was either just being opportunist or stupid.
Very good condition. Not unique as copies were sent to various newspaper. Photographer unknown.