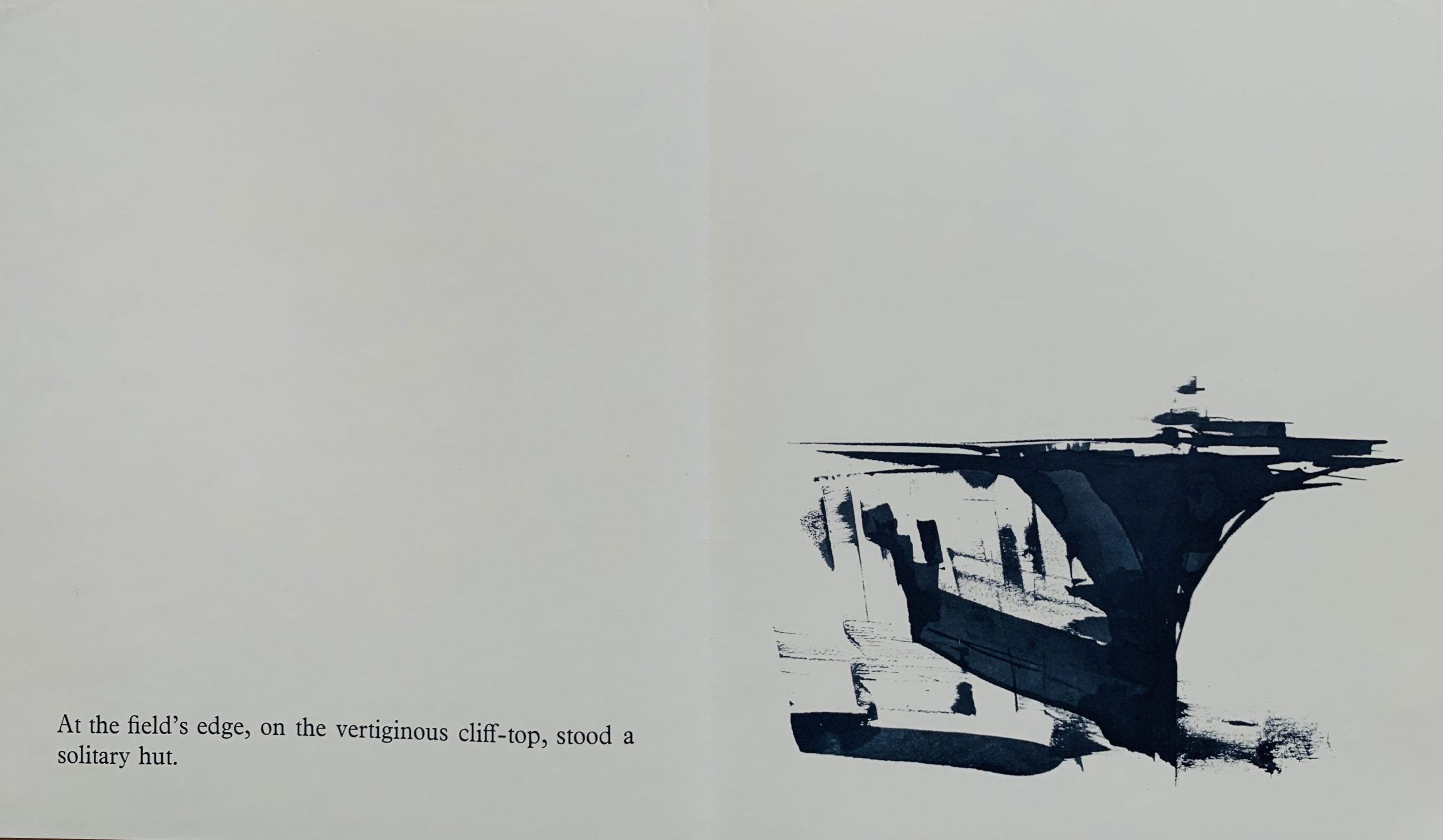 Little Sparta: Wild Hawthorn Press, 1986
29.6 × 50.4cm, blue-grey on white silkscreen with a reproduced painting by John Borg Manduca of an aircraft carrier seen from a vantage point of the sea level which makes its size seem vast. There is also enclosing a separate sheet of tracing paper bearing the colophon information and Finlay's handwritten signature in ink.
The full quotation: ‘At the field's edge, on the vertiginous cliff-top, stood a solitary hut’ and clearly describes the greatness of such a vessel. We are not clear on the origin of the quote - please do let us know if you can identify it.
One of 300 signed and numbered copies. VG. 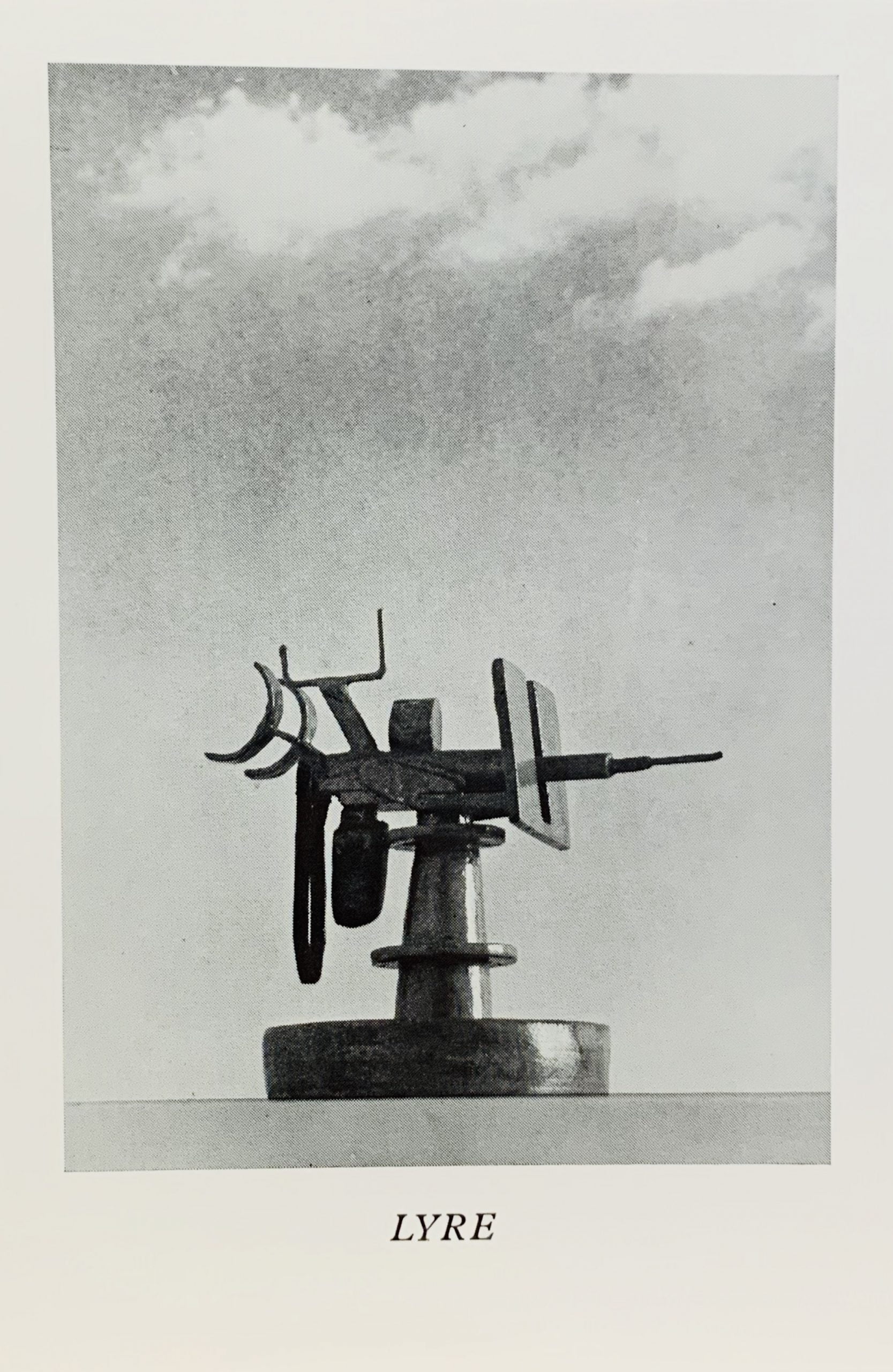 Posted at 18:08h in Artist's Postcards

Dunsyre: Wild Hawthorn Press, 1976.
15 x 10.5cm, 2pp. A photograph by Carl Heideken of a Oerlikon cannon below which the word LYRE has been added by Finlay. On the reverse of the card there is a Hereclitian quotation from Edward Hussey's book on the PreSocratics: "Applied to a lyre, harmone might refer to the structure of the unstrung lyre, or to that of the strung lyre whether tuned or not, or to that of the lyre tuned in a particular mode."
Visually an Oerlikon cannon's ammunition looks somewhat like the strings of a harp (lyre) so Finlay sees a visual correspondence between the gun and the musical instrument (both also make noise) and the classical quote notes the synthesis of the visual beauty of the weapon/instrument with its function. VG+. 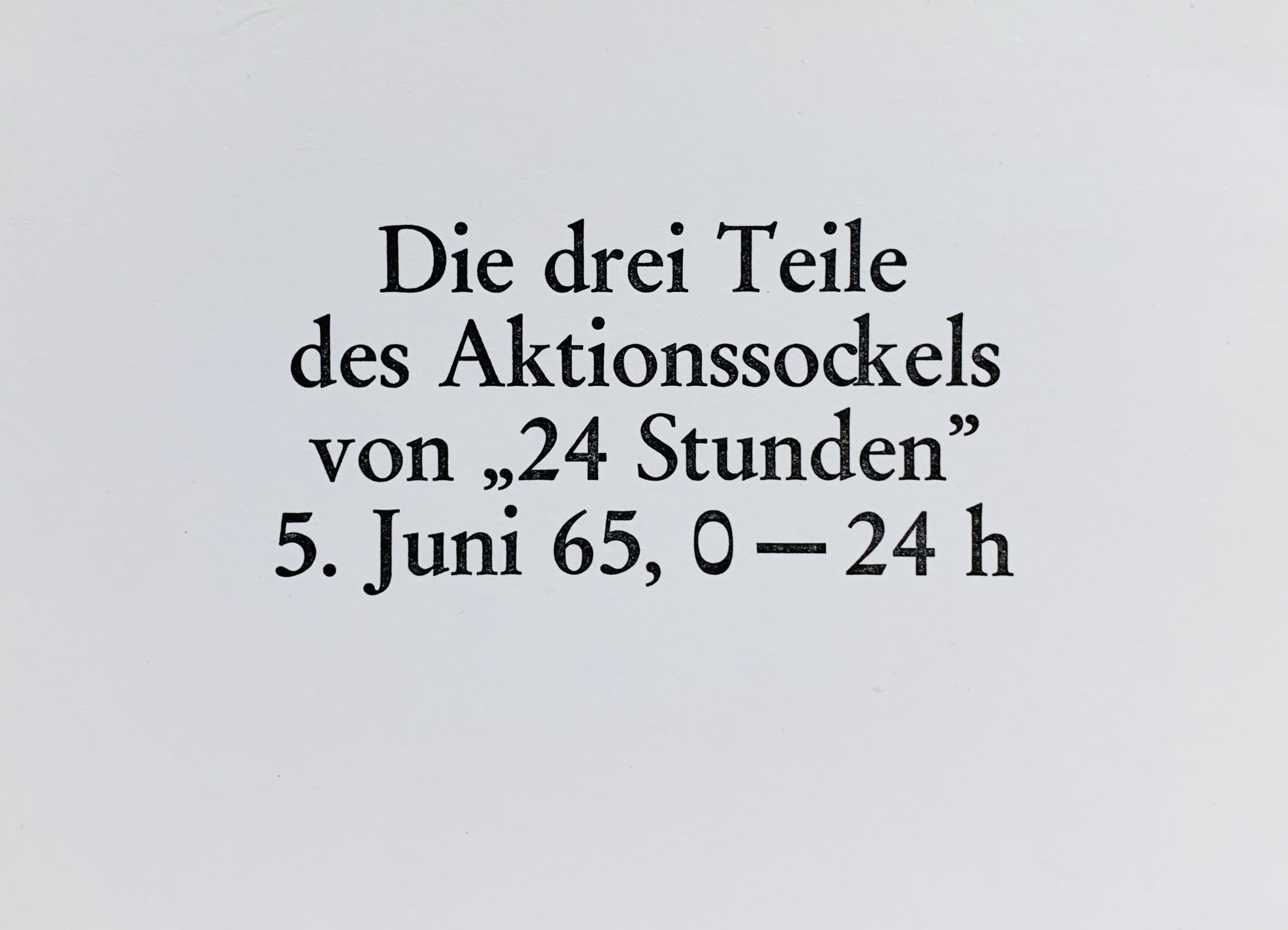 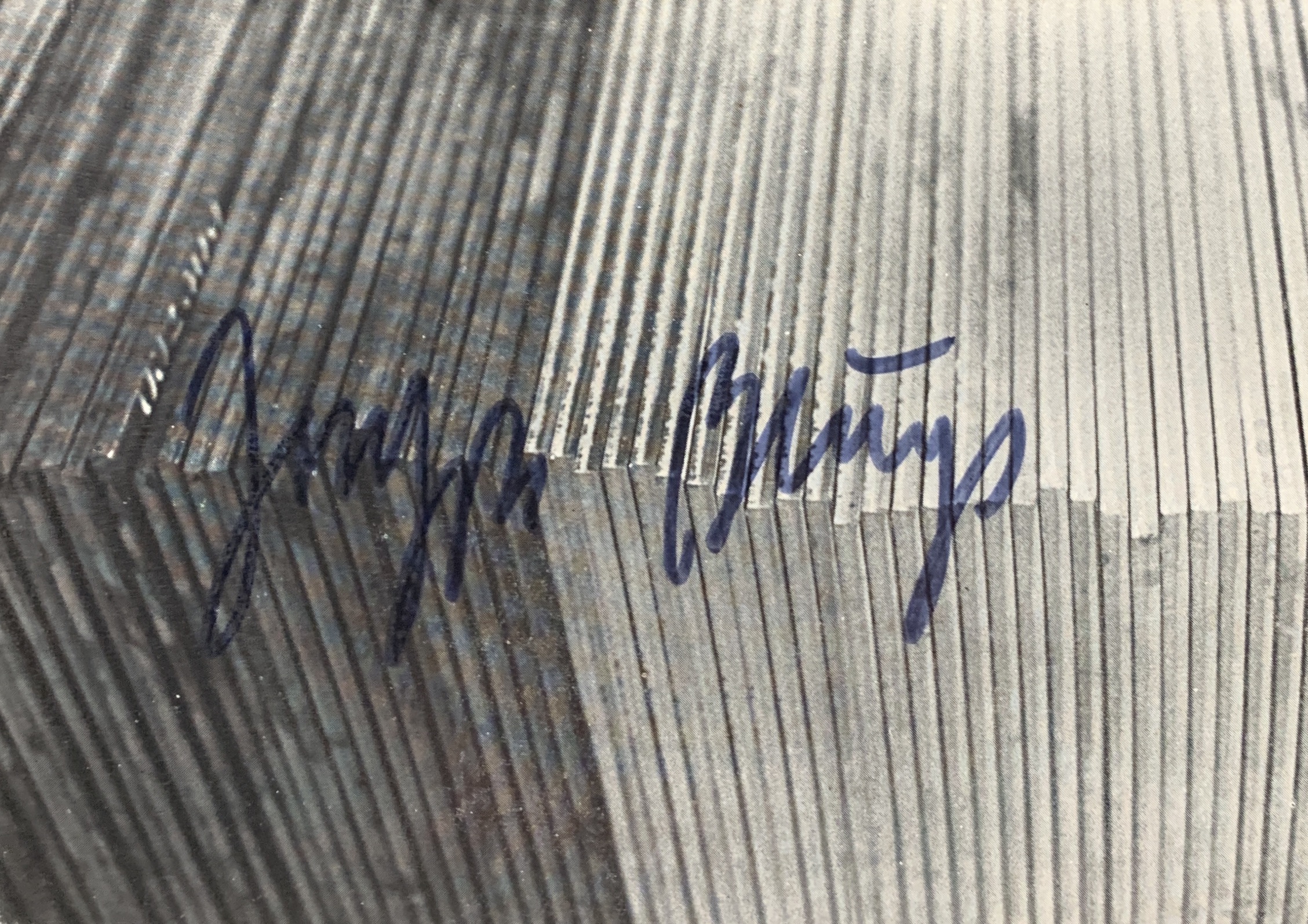 Dusseldorf: Galerie Schmela, 1976
10.5 x 15cm, 2pp announcement card with b/w image of a "Fond" work (sheets of metal that theoretically can cause the flow of electrons) ie a battery on the front, and verso gallery details. An unmailed example which has been signed in blue felt tipped pen on the front by the artist - VG+.