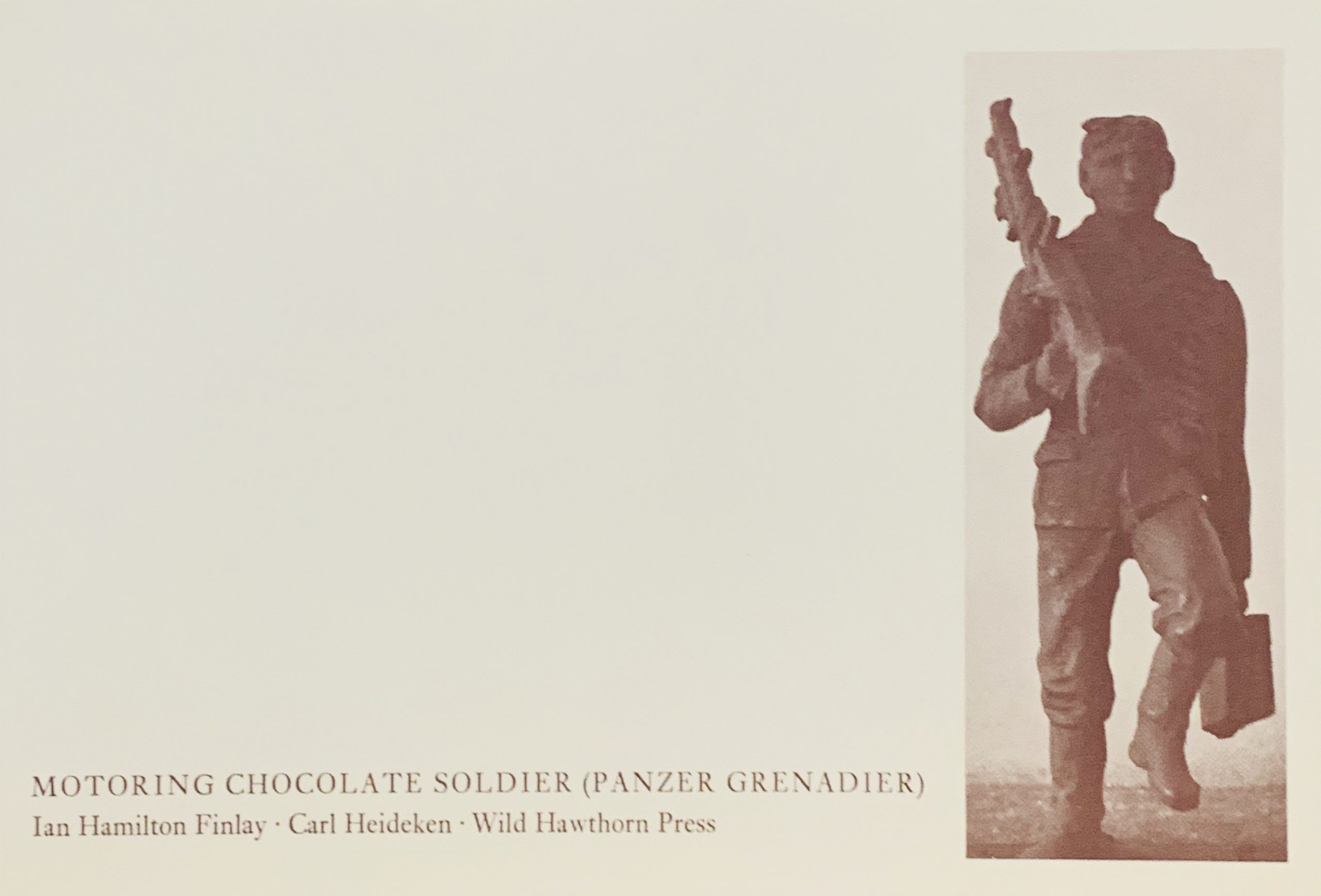 Posted at 17:52h in Artist's Postcards

Dunsyre: Wild Hawthorn Press, 1976
11.3 x 16.6cm, 1pp. A photograph by Carl Heideken shows an actual chocolate soldier marching while carrying a heavy gun. Finlay equates this to the German Panzergrenadier who were the basic troops of the Panzergrenadiertruppe, their uniforms were often brown, famously the enlisted men were given chocolate bars (Scho-Ka-Kola) as part of their "Front Fighting Packages" when supplies arrived.