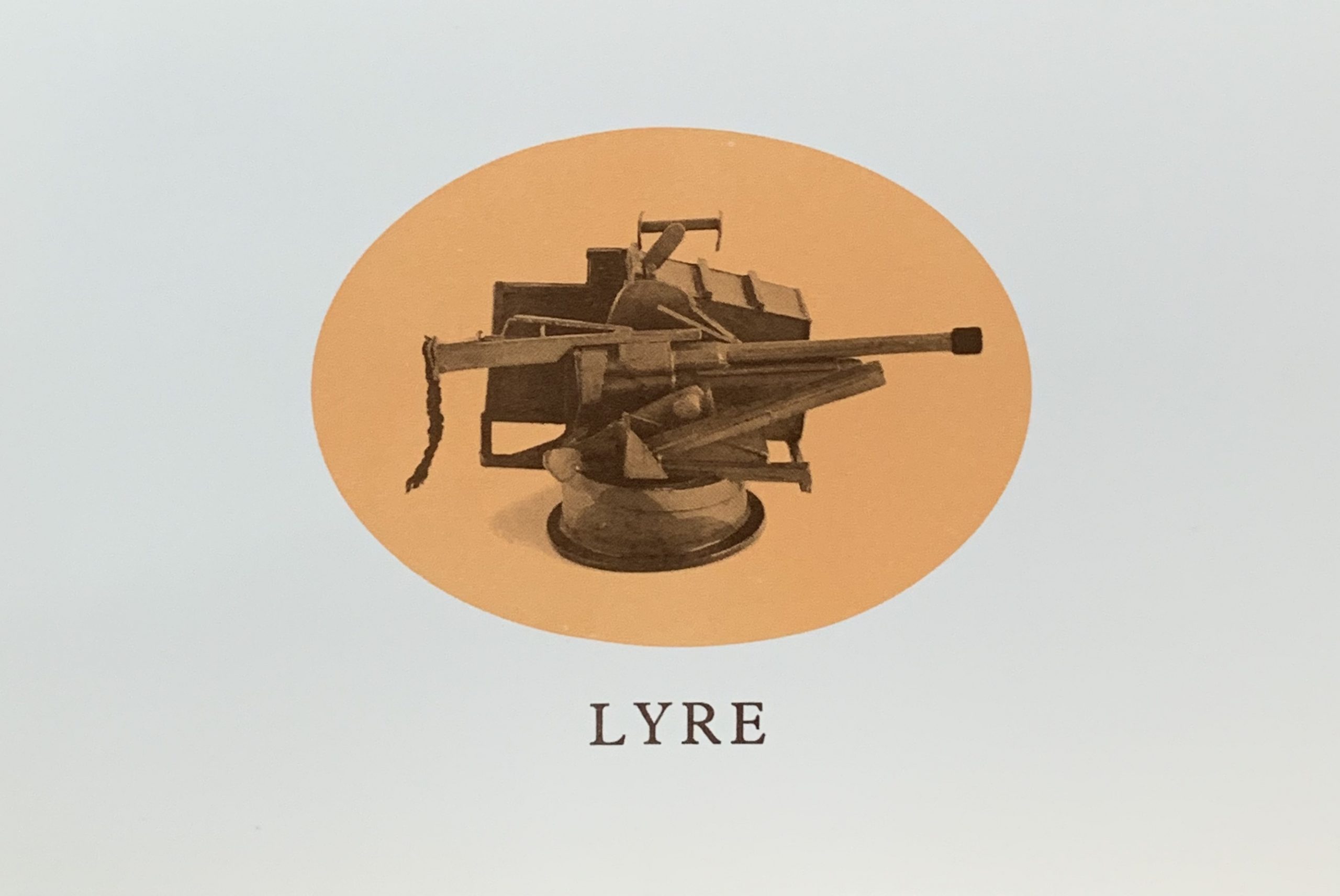 Posted at 17:21h in Artist's Postcards

Dunsyre: Wild Hawthorn Press, 1977
10.5 x 15.6cm, 2pp. A photograph by Carl Heideken of a Oerlikon cannon below which the word LYRE has been added by Finlay. On the reverse of the card there is a quotation from Jean Cocteau "With us, there is a house, a lamp, a plate of soup, a fire, wine and pipes art the back of every important work of art."
Visually the cannon's ammunition looks like the strings of a harp (lyre) so Finlay sees a visual correspondence between the gun and the musical instrument (both also make noise) and by adding the quote he is also suggesting that art may well be violent as well as based on the homely values of Cocteau. VG+>