Posted at 16:18h in Artist's Postcards

Dunsyre: Wild Hawthorn Press, 1977
26.7 x 11.cm, 2pp. A photographic card with three images taken from Livingston Development Corporation of newly painted housing gable ends (the houses had just been built) and a Finlay public artwork on walls in the Scottish new town (a version of the concrete poem WAVE). The stripes on the wall reminded Finlay of the Dazzle camouflage used during the Battle of the Atlantic: the longest continuous military campaign of World War II which ran from 1939 to 1945. The WAVE work here clearly symbolising the sea and the two zig-zag paintings representing the British boats with their Wadsworth inspired hard edged paintings together is a visual metaphor for the sea battles between the British fleet, their defensive escorts and the German U-boats and battle ships. 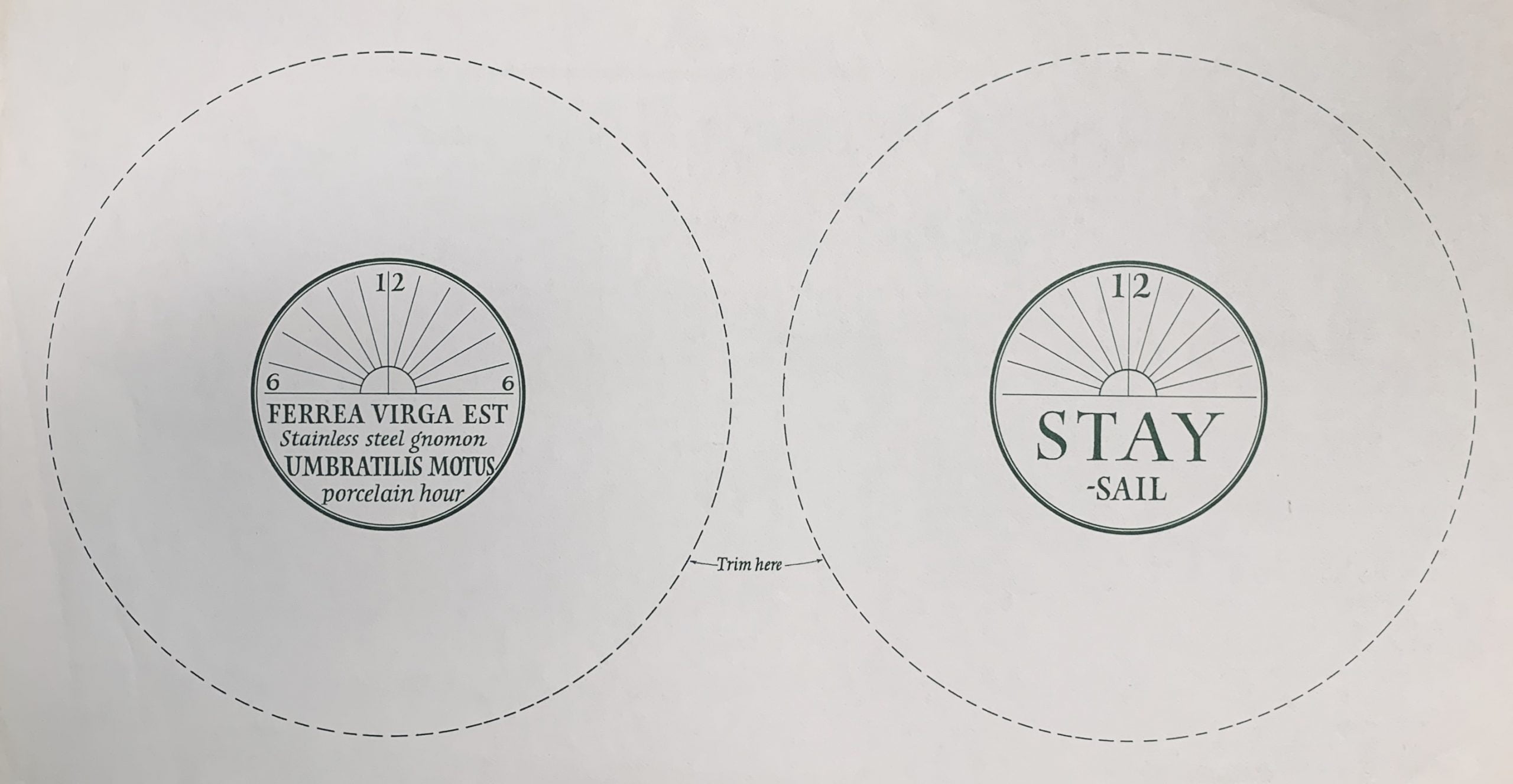 Little Sparta: Wild Hawthorn Press, 1977
16 x 30cm, 1pp black on white paper with a design for jam pot covers (the printed paper placed on the outside of jam lids). The design here is of two sundials. The text on the first has FERREA VIRGA EST/UMBRATILIS MOTUS (which Finlay slightly takes liberties and translates as "Stainless steel gnomon/porcelain hour") and "STAY-SAIL" on the second. The first describes the light on the imagined sundial and the latter is a reference to the voyage of a ship. Murray has this as 7.9 and seems to not know there were two variants in design and colour of paper. 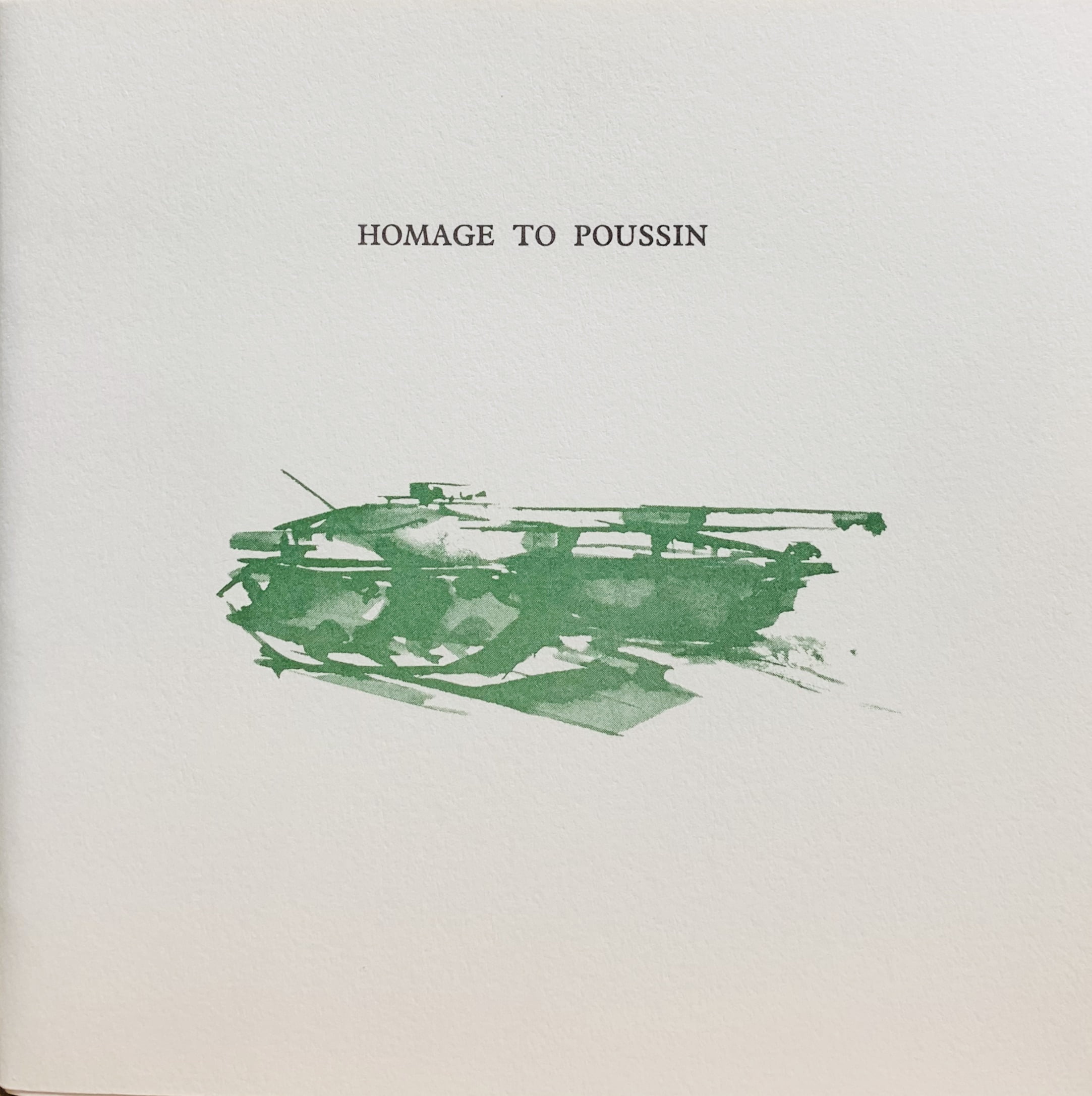 Dunsyre: Wild Hawthorn Press, 1977
13 x 13cm, 16pp plus card covers and printed dustjacket. Ten reproduced paintings of tanks with camouflage some in vegetation by John Borg Manduca are joined with short legends by Finlay.
1. "To do Poussin over again, for the sake of the War God." abuts a tank with its muzzle pointed right at the reader.
another reads:
6. Pure Cannon Law. Which is a pun on the homophone Cannon - a canon law being an ecclesiastical law.
Unusually there are adverts for other Finlay book on the flaps of the dust jacket. VG+.