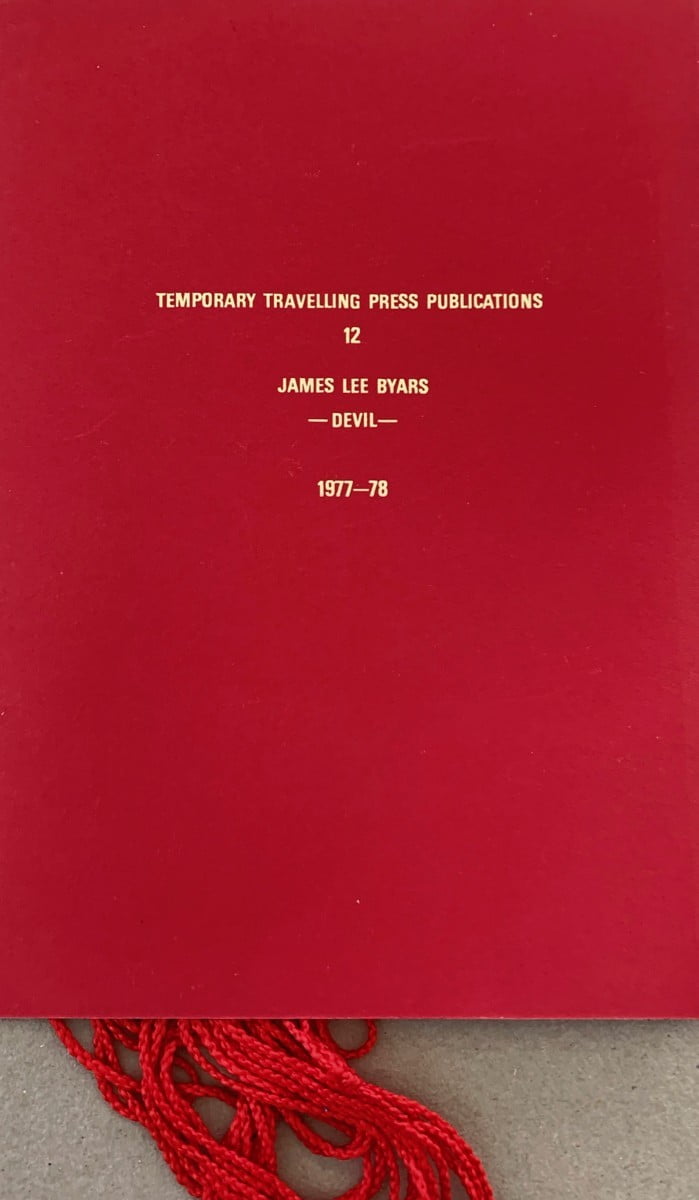 Bern : Artists Press/Temporary Travelling Press Publications # 12., 1978 21 x 15 cm red card folder (opens to 21 x 30 cm). Gold printed title. On opening a red cord can be seen to be glued into the centerfold of the folder. The total length of cord is 185 cm (the artist's height). At exactly the mid point of the cord, 3 additional cords of 92cm each are knotted onto the assembly. On one of these cords yet another cord is knotted after exactly 38 cm. Only 150 copies were made of this self-referential object multiple, each individually numbered. VG example. Scarce. ... 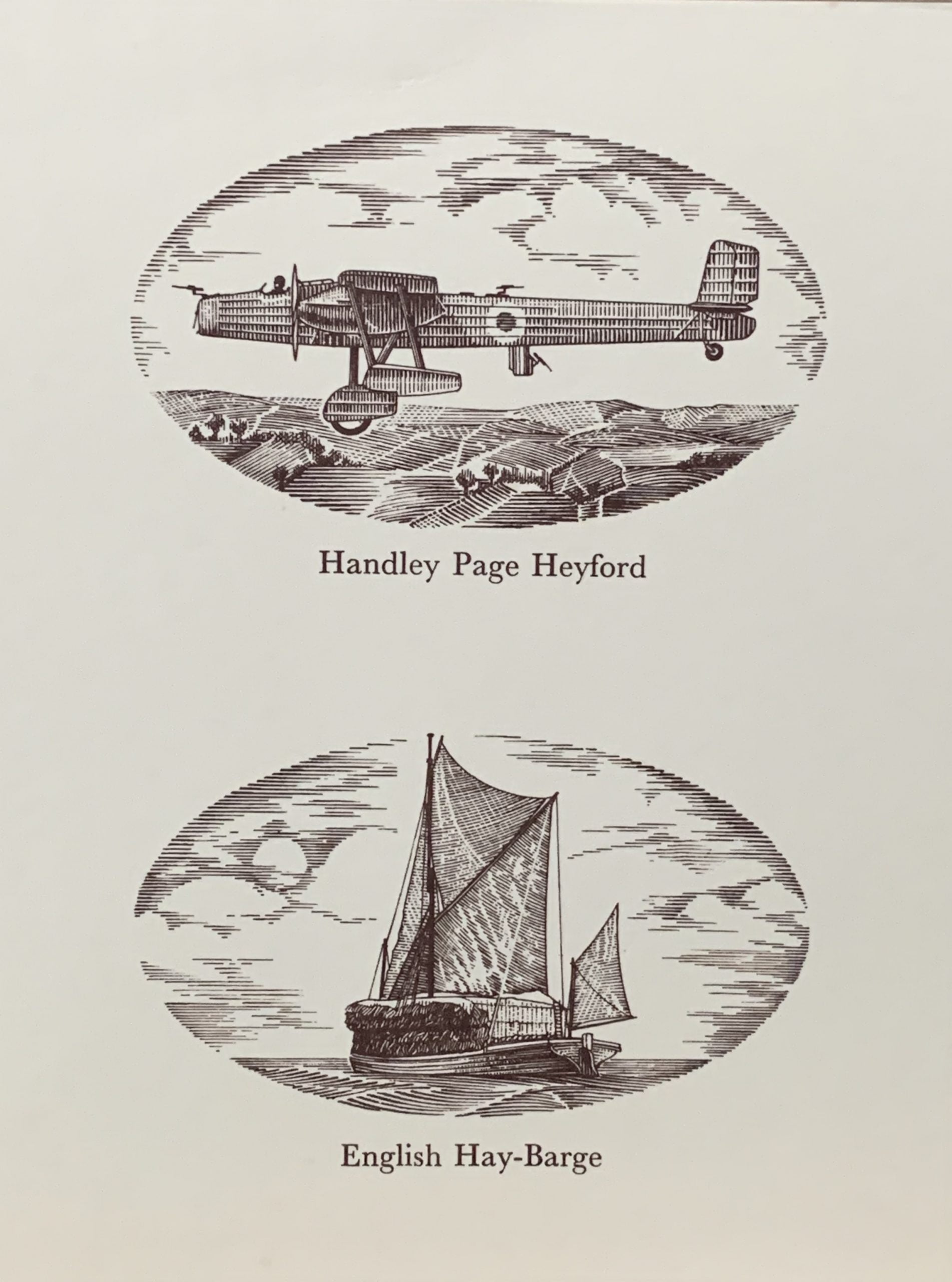 Posted at 08:15h in Artist's Postcards

Dunsyre: Wild Hawthorn Press, 1978
16.7 x 12.8cm, 2pp. Two drawings by Hincks of the Handley Page Heyford bomber (which was in service in the 1930s in the UK) and an English Hay-Barge are placed one above each other to create an equivalence. As well as the names being similar there are aspects of both which share a shape - the bomber is very long and has a flat base, and barges by definition tend to have flat bottoms to allow access in shallower rivers. Hincks drawings also use hatching on the hay piled up on the deck, the sails of the boat and fuselage of the plane to again emphasis similarities (and the landscape seen below the plane is also undulating much like the sea under the barge.

Posted at 08:23h in Artist's Postcards

Dunsyre: Wild Hawthorn Press, 1978
15.8 x 3.9cm, 2pp. Black on green card with 5 small uncredited drawings by Gary Hincks the first four boats being above the word Leaf and the last ship above Bark. The card obviously references the structure of a tree but the first four "leaves" are smaller boats and the last one a Barque (aka Bark). Arguably like other bookmarks this could be placed as an object multiple but we have decided to keep it in this section because of previous classifications as a card by Murray and other catalogue raisonnes. VG+. 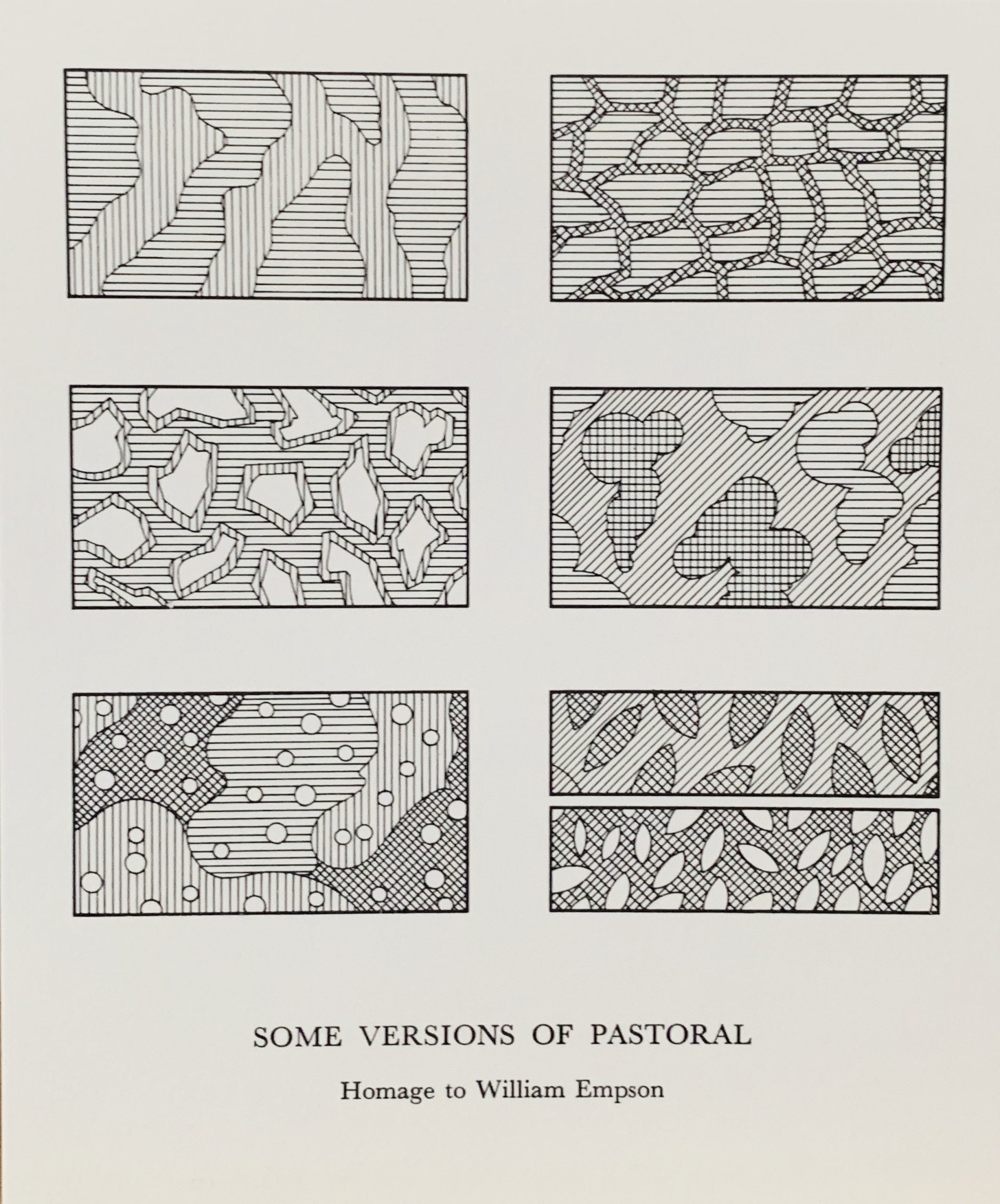 Posted at 08:28h in Artist's Postcards

Dunsyre: Wild Hawthorn Press, 1978
14.8 x 12.2cm, 2pp. Black on cream card with six drawings by Gary Hincks of patterns which may be camouflage or just abstract drawings from leaves and vegetation.
The card is subtitled HOMAGE TO WILLIAM EMPSON who was a majorly influential critic and theorist in poetry circles of the 1930s. His book "Seven Types of Ambiguity" argued that if a word in a poem could have more than one meaning then that poem could also be read in more than one manner.
There are seven drawings here (the last two are half of the size of the others) and all could be regarded as 'ambiguous' (as one might argue all camouflage is) hence this is in some manner a visual analogue of the theories of the critic.
VG+.