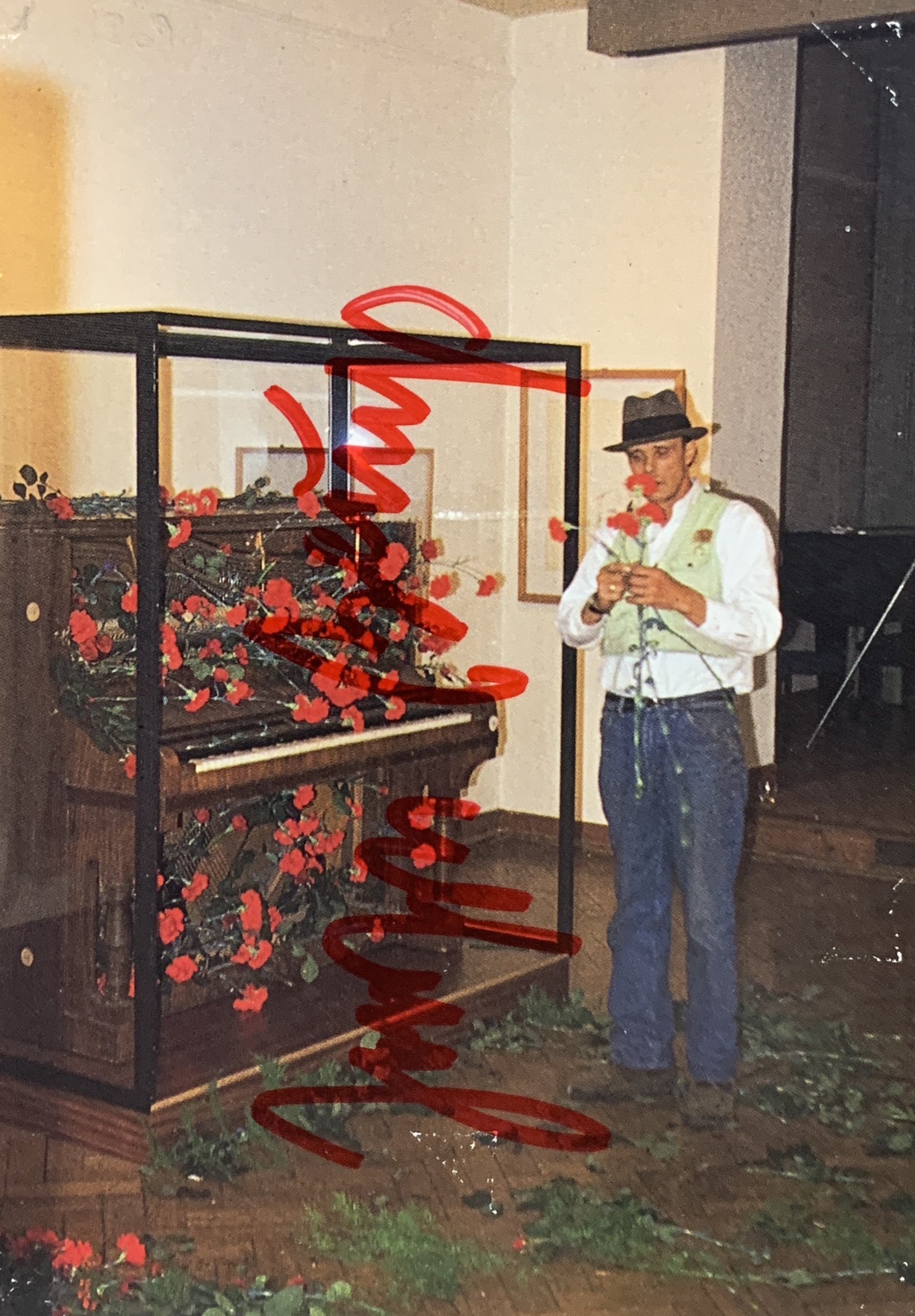 Konig: Postkartenverlag, n.d. (c. 1980)
10.5 x 15cm, 2pp. artist's postcard with the title vitrine/installation from 1969 in colour on the front (with Beuys standing in front of the piano which is covered in roses), verso standard postcard design. This example is signed in red felt tipped pen on the front by Beuys. VG+. 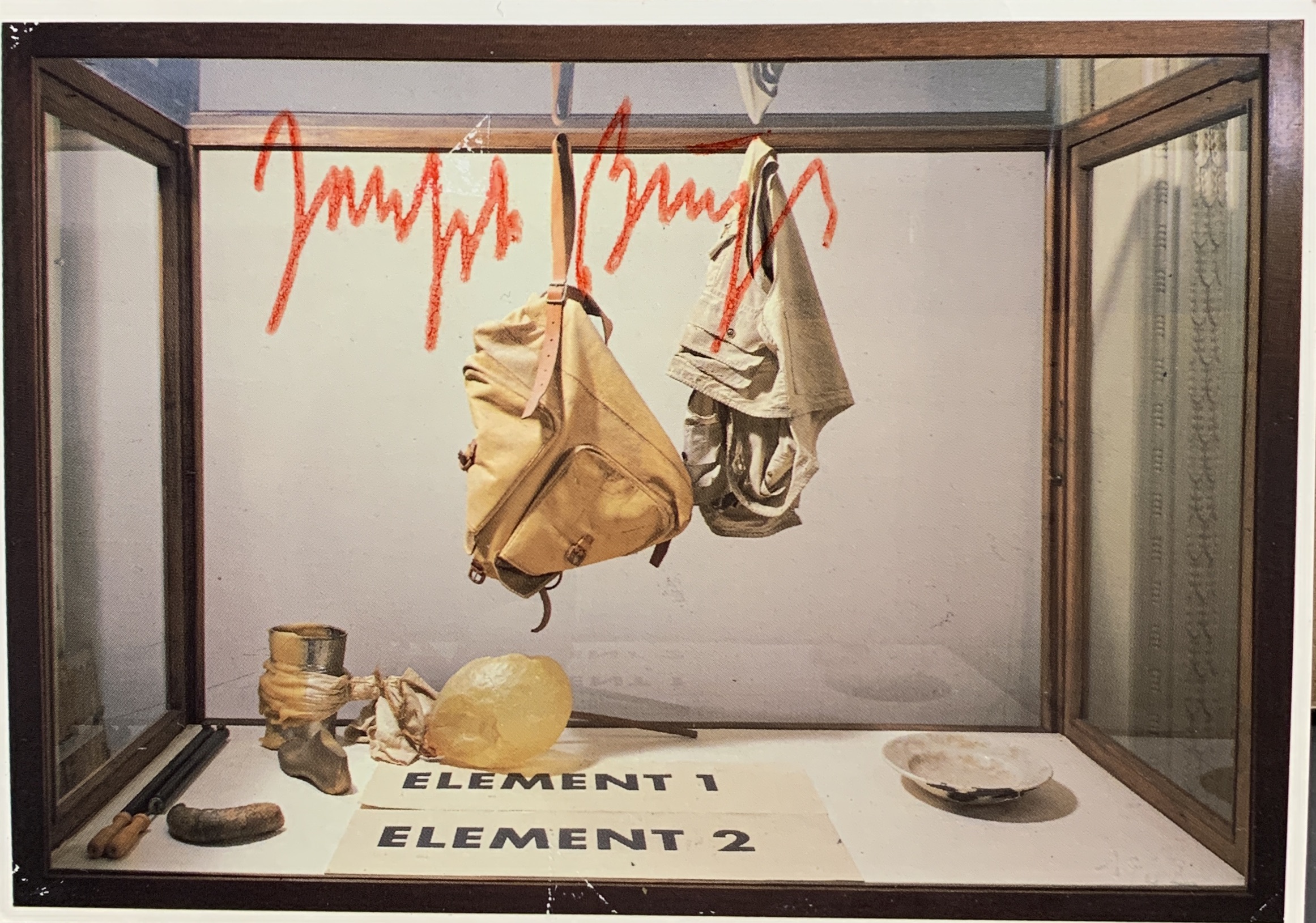 Konig: Postkartenverlag, n.d. (c. 1980)
10.5 x 15cm, 2pp. artist's postcard with the title vitrine/installation from 1966 in colour on the front, verso standard postcard design. This example is signed in red felt tipped pen on the front by Beuys. VG+. 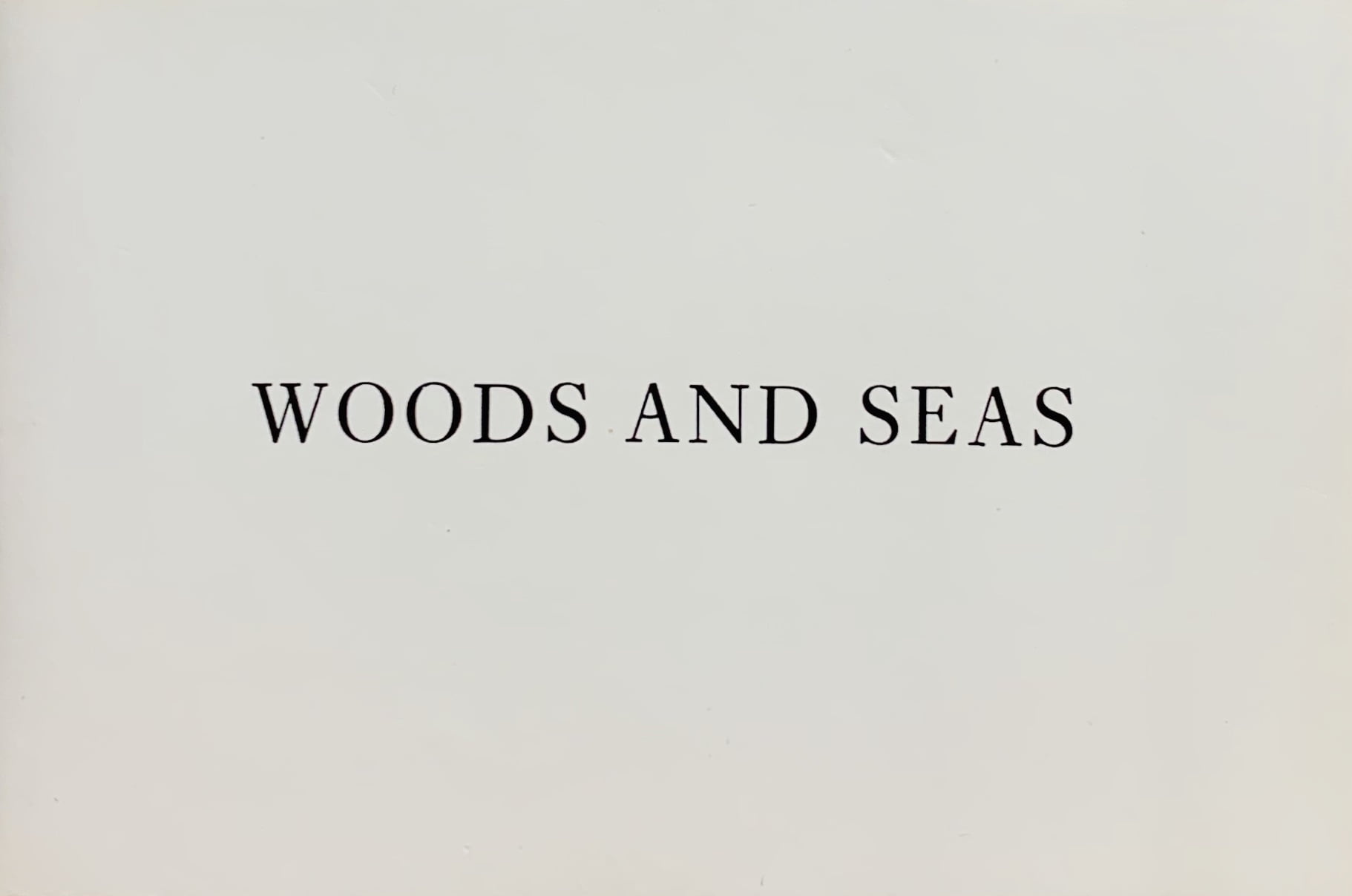 Dunsyre, Lanark: Wild Hawthorn Press, n.d. (1980)
6 x9.2cm, 8pp plus card wrappers and printed dust jacket. The four printed pages has one word each:
5. Baroque
6. Barque
7. Bark
8. Baroque
and there is a reference to W. Lee Rensselaer's Names on Trees on the inner cover. That book is a literary and artistic analysis of the story of Angelica and Medoro in Ariosto's Orlando Furioso. One aspect of Angelica's love for Medoro is that she carved the lovers' names on trees. Hence once can read the book as a visual poem of boats (Barque/Bark) and woods (Bark/Baroque) with the reference to baroque also referring to the art style of the 17th century. VG+ 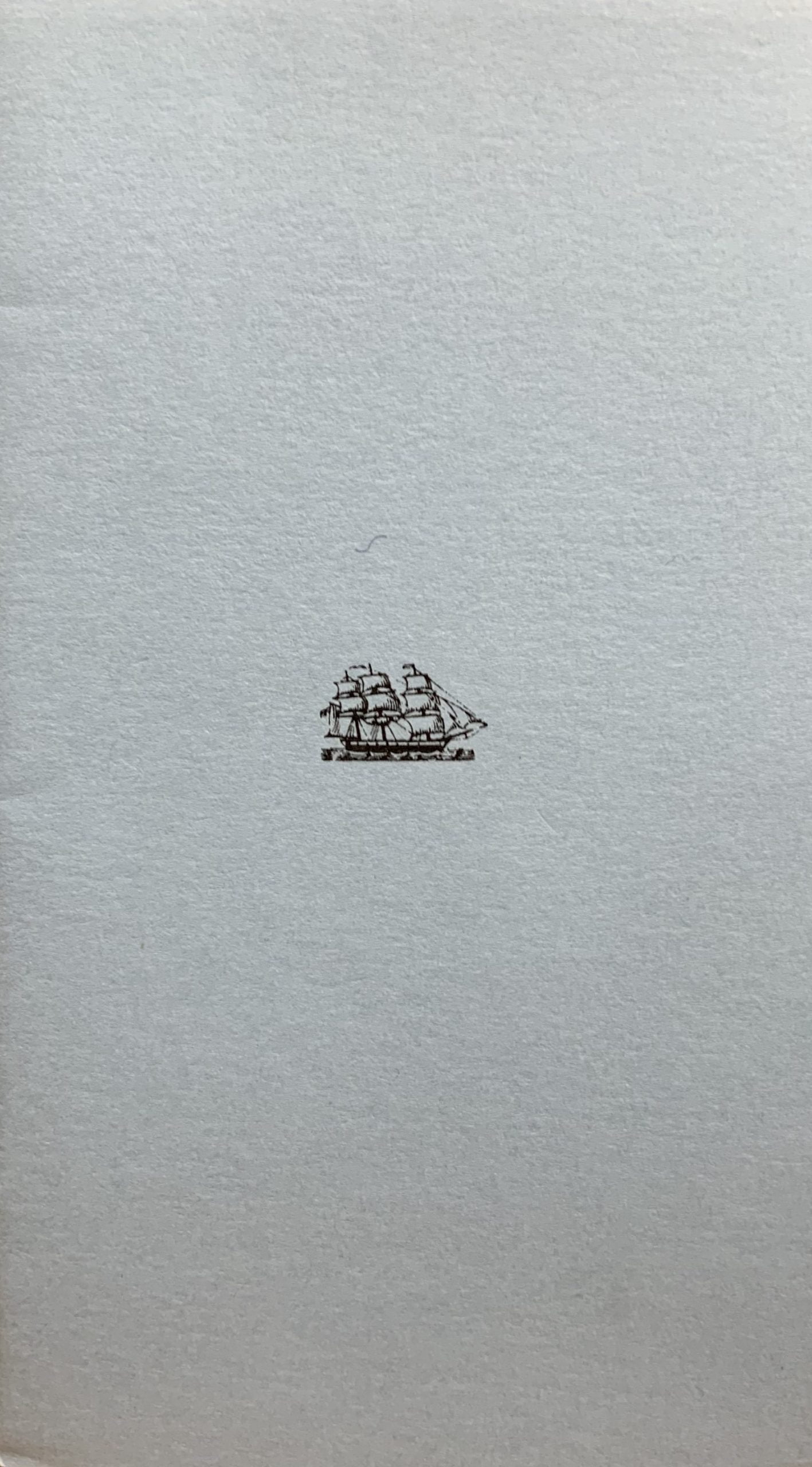 Dunsyre, Lanark: Wild Hawthorn Press, n.d. (1980) 13.6 x 8cm, 4pp plus blue wrappers. Artist's book where Finlay has only two different paper types bound together in the wrappers - one is blue and the other is white. There is a reference to Henty Vaughan's "The Timber. Silex Scintillans" on the back fold.
Vaughan was a metaphysical poet of the 17th century and Silex Scintillans published in 1650 was a major religious text which was published in two volumes with a significant gap in time between them (possibly due to illness) . The Two Billows of the title refers to the two volumes and the change in colour of the two pages reflects the differences in the two books. A visual poem with a literary and religious meaning although the boat vignette on the cover may suggest the more literal meaning of two billows - two pushes of air helping the vessel steer a true course. VG+.