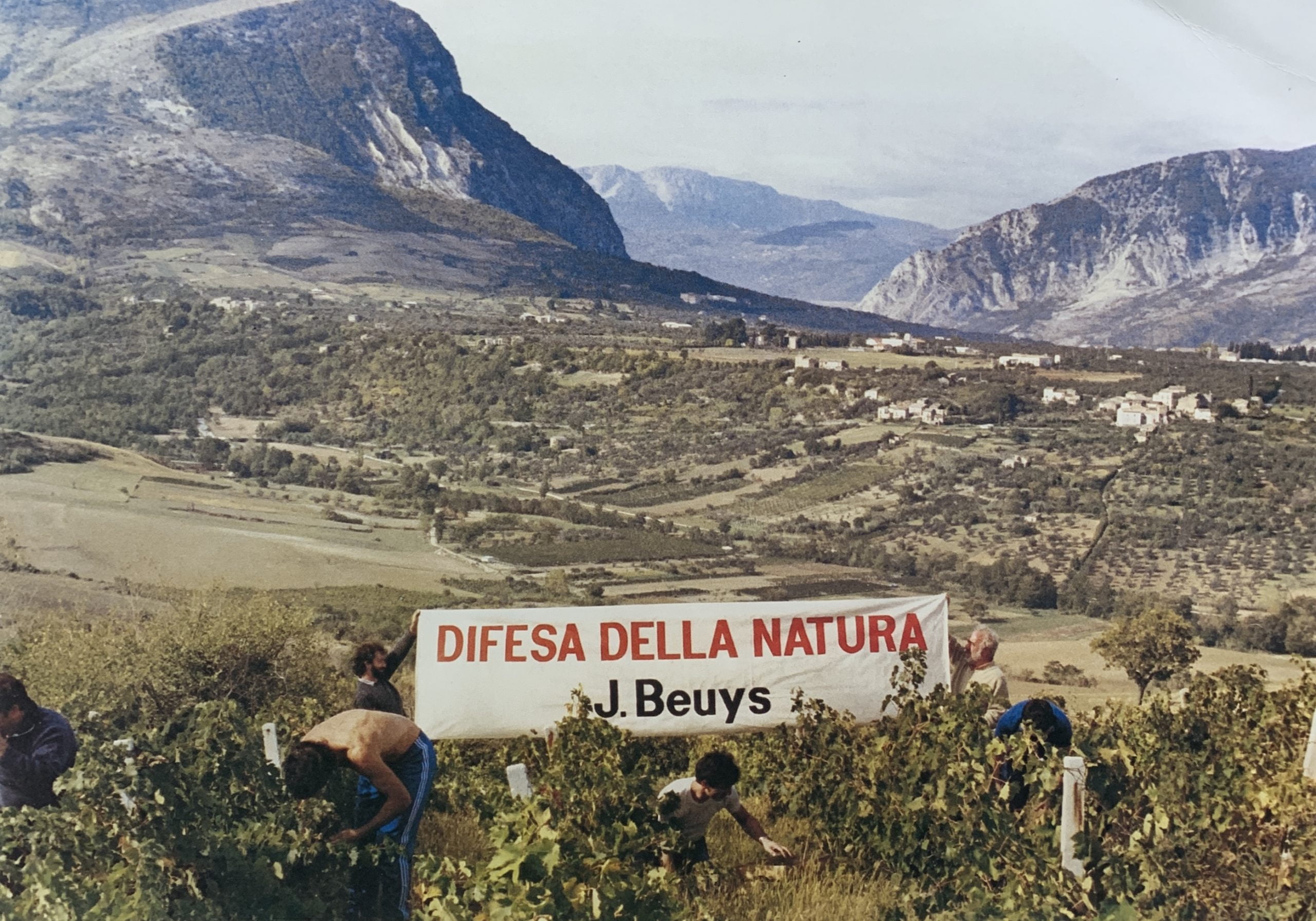 Pescara/Bonn: FIU/Galerie Klein, 1982
21 x 30cm, 2pp - large format announcement for the "Defence of Nature" event with a colour image of a banner with the event title on it being held up in a vineyard while volunteers pick grapes. Verso event and gallery details in red and black. VG+. 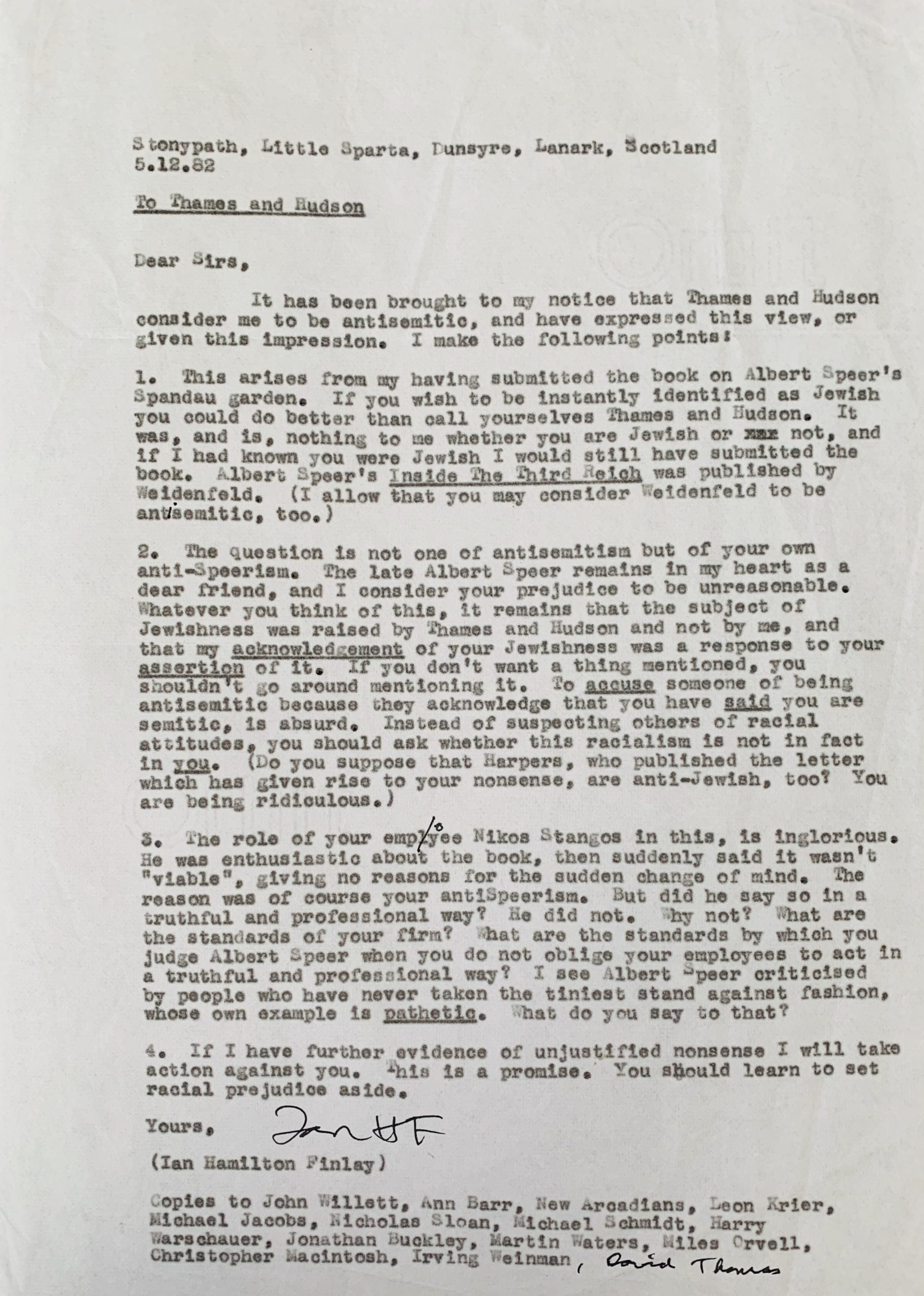 05 Dec CARBON COPY OF LETTER FROM FINLAY TO THAMES AND HUDSON. 1982

30 x 21cm, 1pp original carbon copy on typing paper. A copy of a letter sent by Finlay to the publishing house Thames and Hudson.
Finlay claims that Thames and Hudson consider him to be anti-semite. He identifies this having arisen from Finlay submitting a book on Albert Speer's Spandau garden for publication. Finlay claims the publisher's stance is because of their "anti-Speerism" and Finlay says that recently deceased Albert Speer was a "dear friend". Finlay then posits a long and detailed argument that the publishers had entered the debate by stressing their jewishness when he had not. Finlay then attacks specifically Nikos Stangos who was an employee of T&H. Finlay claims he was initially enthusiastic about the Speer book then changed his mind suddenly. He is charged with acting unprofessionally and altering his position only after T&H rejected Finlay publicly.
Finally Finlay threatens legal action.
This is a difficult letter as Finlay's argument is a sophisticated one - on the surface attacking jewishness is evidence of being anti-semite but Finlay argues he only raised T&H jewish roots after they brought the public's attention to it and therefore it was an area of debate that was legitimate. The letter is borderline sophistry - it is clear that Finlay was not anti-semitic or nazi - but his willingness to defend people near to the National Socialist Party like Speer opened him up to attack. Some of those attacks were very biased and unfair (one can see deliberate misrepresentation in Catherine Millet for instance) but it is perhaps understandable how some might misunderstand Finlay's position.