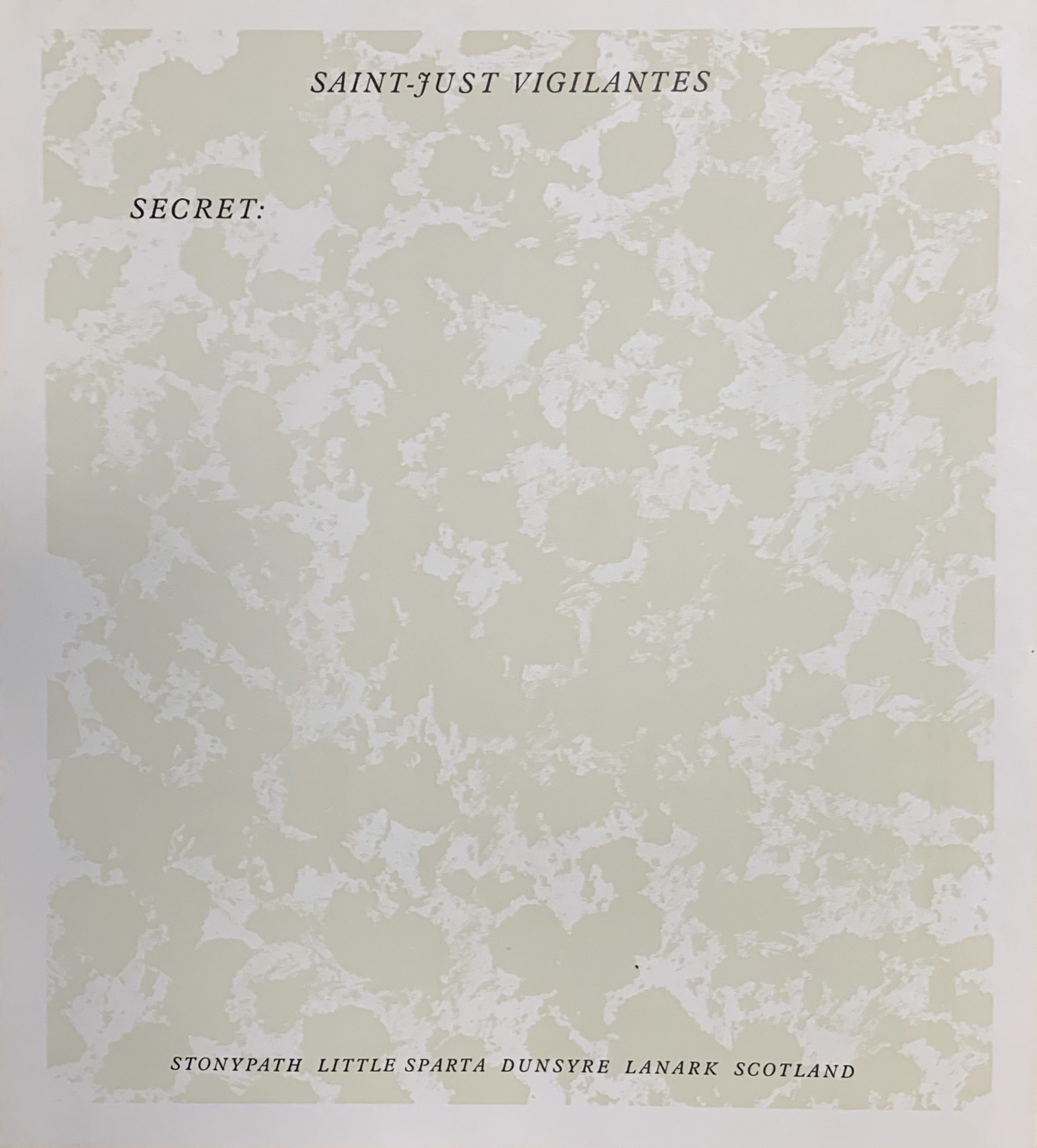 Little Sparta: Wild Hawthorn Press, 1983
22.2 x 20cm, full colour offset lithograph showing what purports to be a secret cachet between the members of the Saint)Just Vigilantes (the support group who helped Finlay resist the attempts by Strathclyde Region to seize artworks by Finlay in lieu of what they claimed was unpaid rates for the Temple at Little Sparta). The supposed message cannot be seen as the paper itself has a camouflage pattern. (In this joke Finlay preempts a current common internet meme that camouflage makes things invisible, but we digress.) A very good + example which does not have any lemon juice or any other secret message added to it as far as we know. 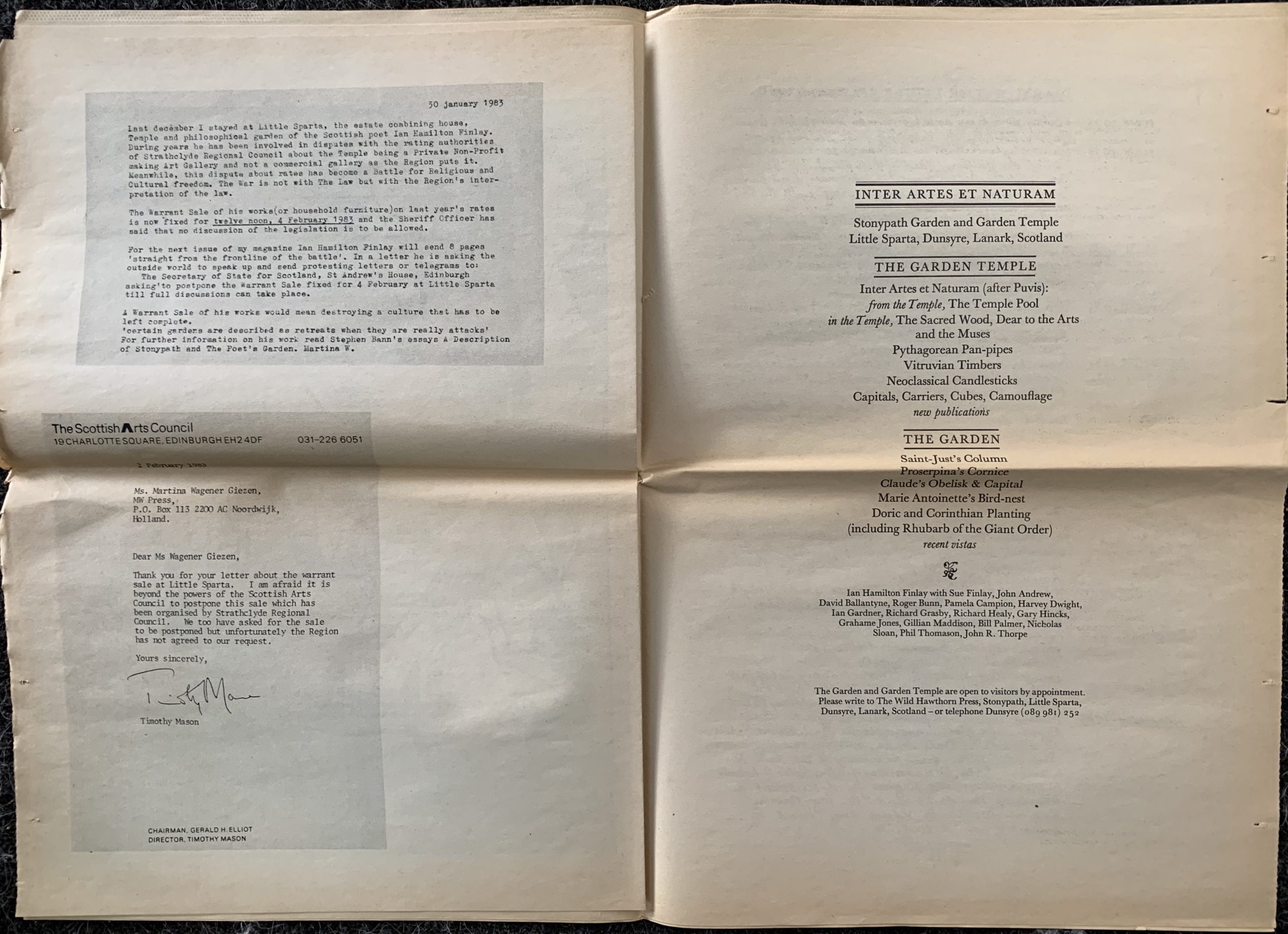 Noordwijk: MW Press 28, January 1983
38 x 28cm, 20pp. Artist's journal in the form of a tabloid newspaper which here has an 8pp contribution by Finlay in Nicolas Sloan's facsimile handwriting. Also has "an illustrated history of the Little Sparta Wars" along with a "diary" and reproductions of two letters. The paper is fragile due to being very cheap and is unavoidable browned. Folded for storage. Very scarce.