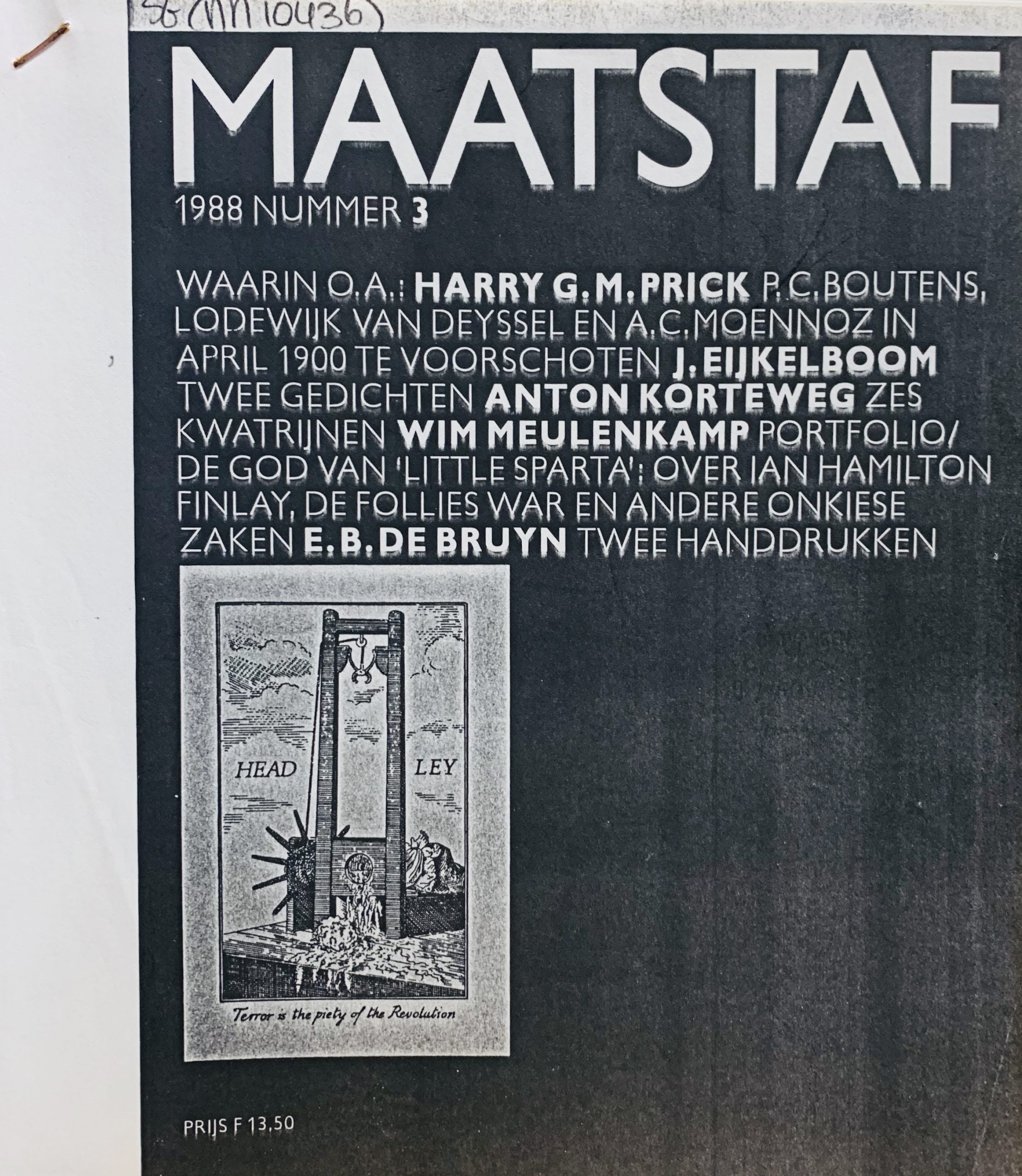 N.p.: n.p., 1988
23.5 x 21cm, 18pp (recto only). A xerox copy of the Meulenkamp article as a contribution to the Maatstaf magazine. The article is packed with mistakes and lies - it claims that Little Sparta is full of works with Nazi symbolism (there are indeed some but the inference here is that Finlay is a Nazi which is stupid. He also notes he is writing the article in a spirit of "revenge" - Finlay had complained about a book written by Meulenkamp which claimed Little Sparta was a "folly" which again it clearly is not. The polemic claims Finlay's wife came up with many of his ideas and also calls Finlay's work "shallow" which is just about the last thing most critics would claim of these multilayered works. Amazingly Meulenkamp actually publishes names and addresses of people who wrote to him criticising him. It is a nasty bit of work by someone who clearly has the intelligence to know better but has given in to his baser nature.
One can only imagine Finlay's reaction when this article was sent to him.