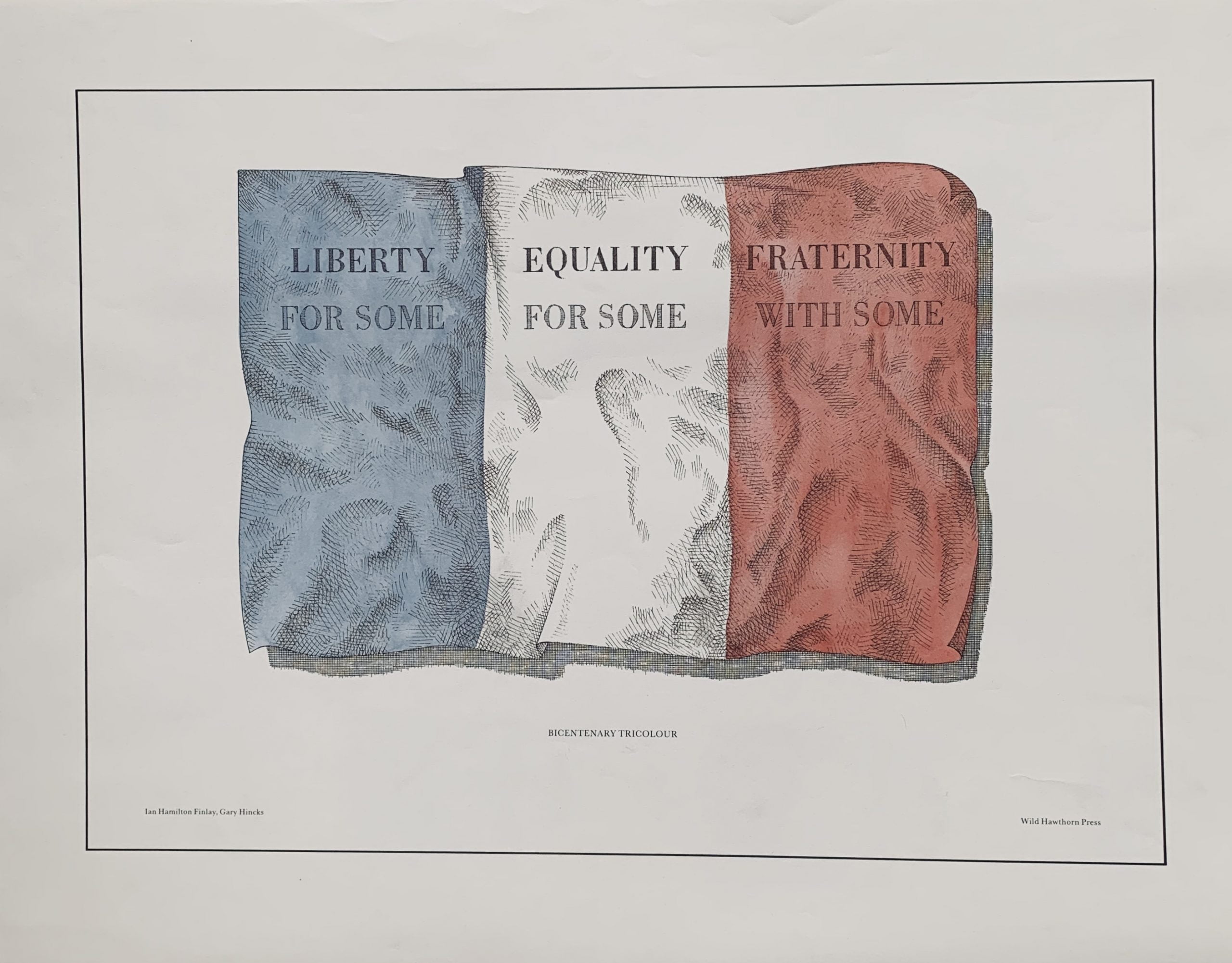 Little Sparta: Wild Hawthorn Press, 1989
40 x 52cm, blue, red and black offset lithograph.A French flag drawn by Hincks has the texts "LIBERTY FOR SOME/EQUALITY FOR SOME/LIBERTY FOR SOME" respectively on each coloured section. The colours of the tricolour (invented as a compromise early during the French Revolution) were the red and blue: the colours of Paris allied to the white of the king. Later after the king was deposed and killed the flag was retained as the nation's flag and never retired even after the rise of Napoleon. The three texts of the work remind one that the revolutionary ideals did not really ever succeed - in fact, one might argue during the Terror, they had already been broken. VG. 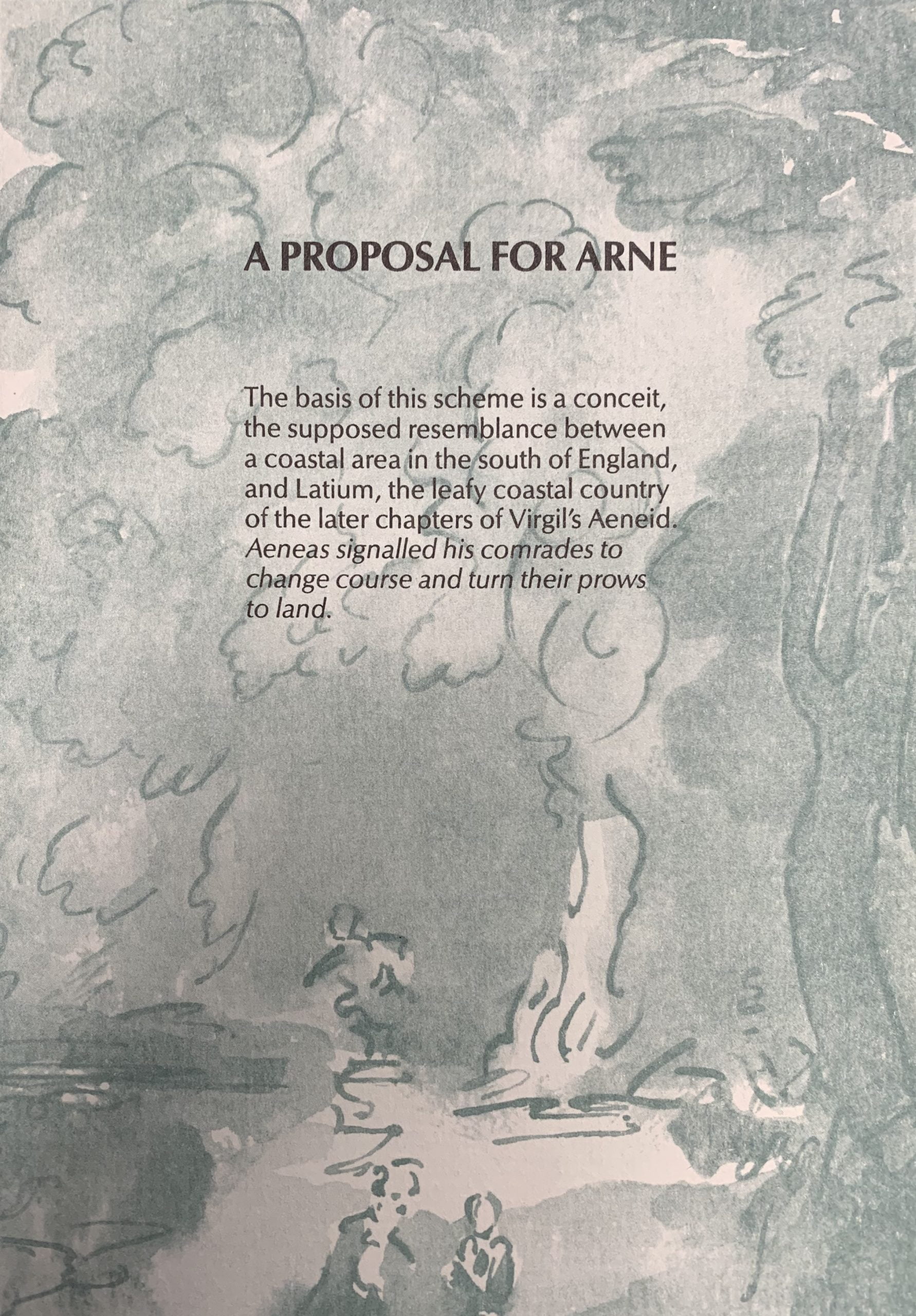 Little Sparta: Wild Hawthorn Press, 1989
21 x 14.8cm 8pp booklet designed and with drawings by Gary Hincks after Claude Lorrain. Finlay claims he saw a resemblance between a "coastal area in the south of England and Latium, the leafly coastal country of the later chapters of Virgil's Aneneid." The former presumably is owned by Thompson for whom the proposal was made. Each page has a water colour and a text by Finlay suggesting tree plaques, stone inscriptions and the installation of a "classical gate". Near fine condition.