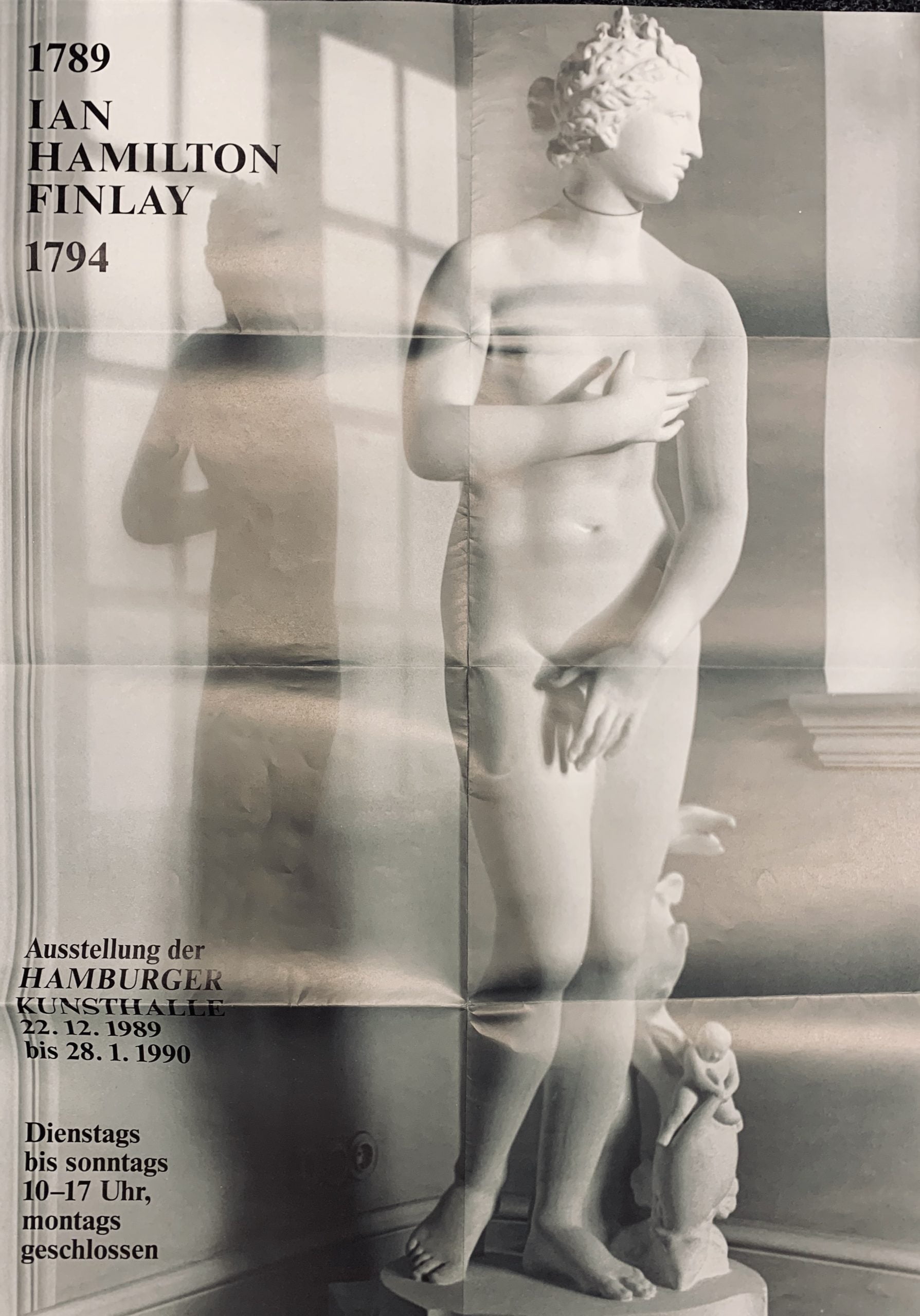 Posted at 16:35h in Exhibition & Other Posters 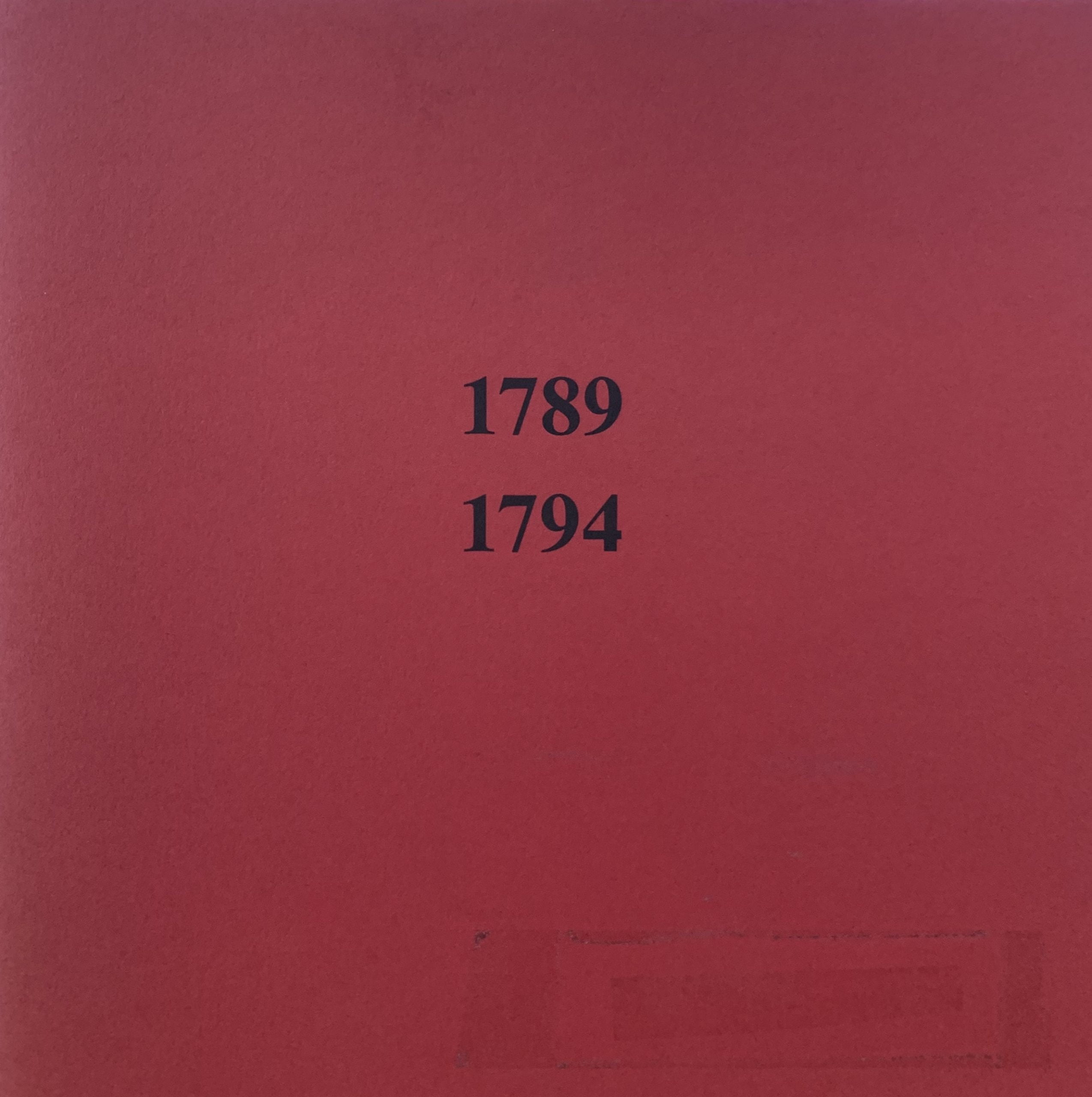 Posted at 13:03h in Exhibition Catalogues

Hamburg: Hamburer Kunsthalle, 1989
15.2 x 15.2cm, 48pp. Original card covers and red dust jacket. An exhibition catalogue for an exhibition themed around Finlay's revolutionary works on the bicentenary of the events in Paris. Eight plates of sculptural works, other images of text works (some translated into German for the first time). Almost an artist's book given the lack of any commentary.

when applied to the Jacobins (the most severe of the French revolutionary political clubs named after the religious order where they initially met) this can be seen as a plea for moderation. Another proverb reads:

"If you want to avoid the worst of the mud, walk in the ruts."

which also alludes to the moral state of the revolutionary club.
This is one of 250 signed copies which is dedicated to "Ian , with love from Ian" in red ink. VG+. 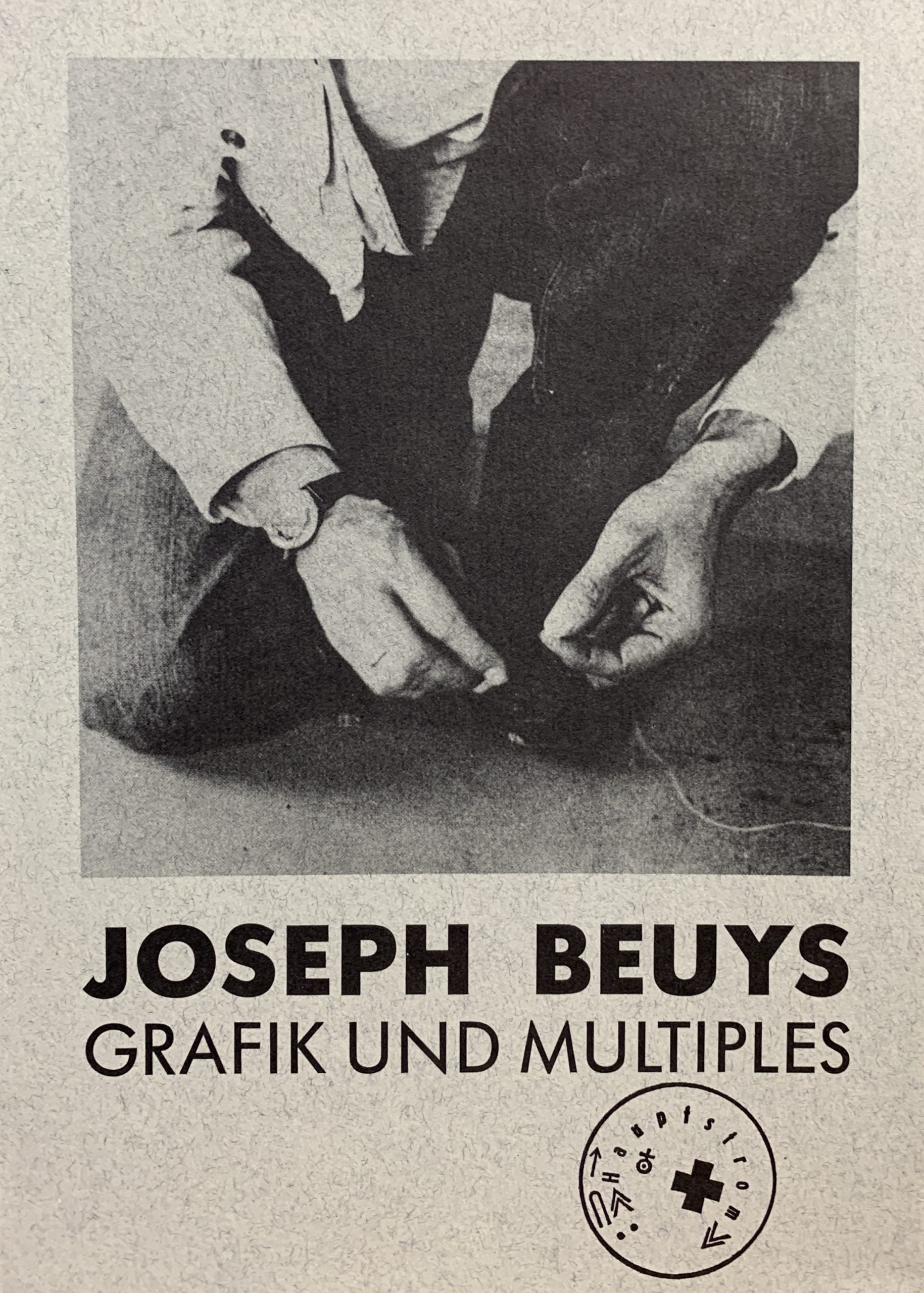 Berlin: Galerie Fasanenstrasse, 1989
21 x 15cm, 8pp (single folded sheet) for a posthumous exhibition of multiples and other editions. The card opens to 60 x 21cm to create a poster for the show with an image of Beuys tying his shoes. VG+.