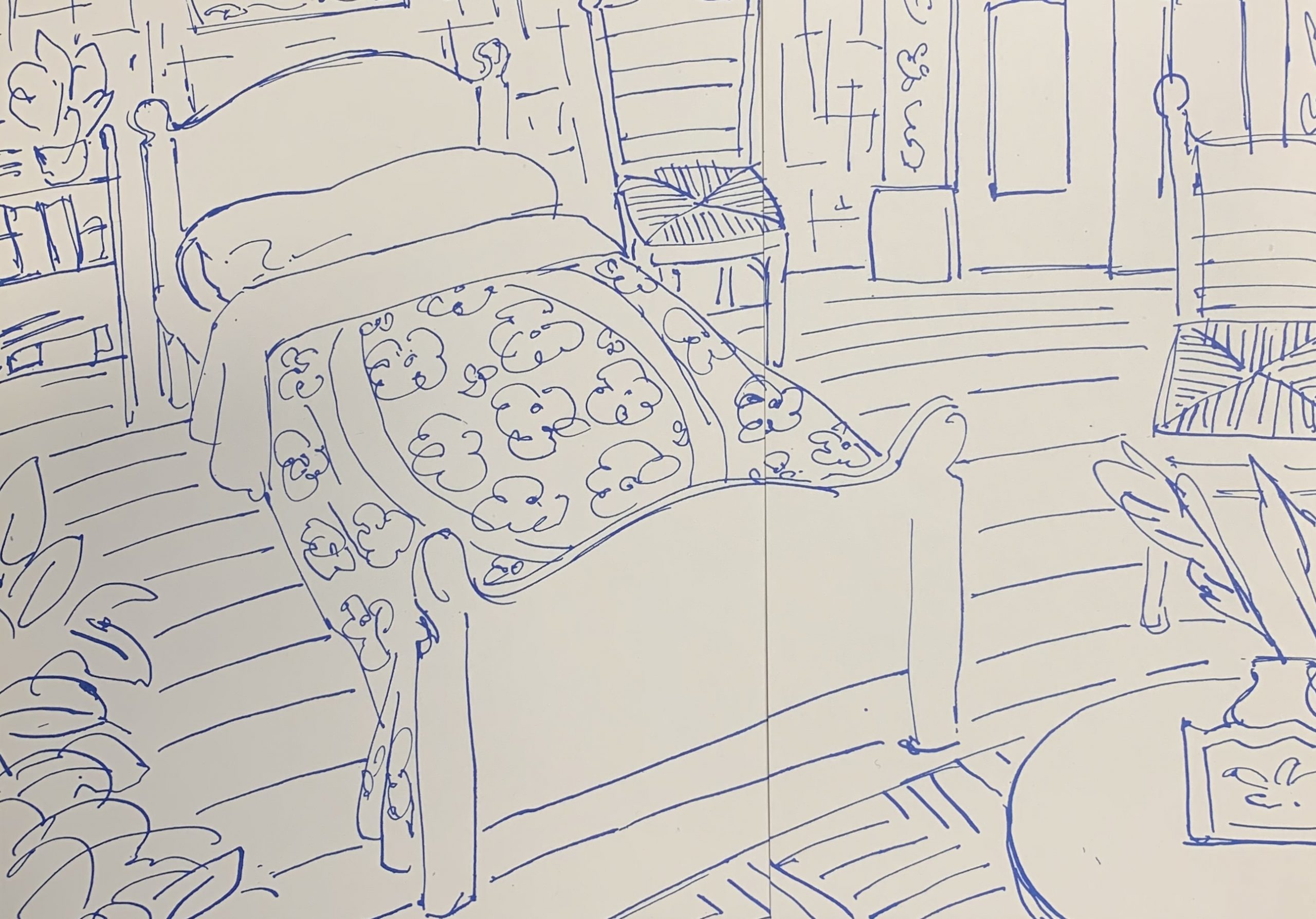 Little Sparta: Wild Hawthorn Press, 1990
21 x 19.7cm, blue on white lithograph with folded flap - the drawing by Hincks is of Robespierre's basic lodging and a quote from Lamartine's "History of the Girondists" describing the room and pointing out that it was in some manner as if "Jean-Jacques Rousseau had quitted his cottage to become the legislator of humanity, he could not have led a more retired of simple existence".
The poem by Finlay on the inner fold reads:

His bed
a meadow
his brow
in shadow

which places Robespierre's famous austerity as a landscape, his philosophy clearly from Rousseau's belief in the purity of nature.
VG+.

Posted at 14:54h in EXHIBITION CATALOGUES

Bordeaux: Musee d'art contemporain de Bordeaux, 1990
28 x 22cm, 206pp plus boards and typographic dust jacket. Exhibition catalogue for the seven artists (all of whom were very established practitioners by 1990).
Each artist has a section in the book dedicated to them and Boltanski has 10pp which has images of works not seen elsewhere before plus one fold out in full colour of an installation (here "Inventaire des objets appartenu a la jeune fille de Bordeaux").
VG but the dust jacket is slightly torn near the spine.

Haute-Vienne: Musee Departmental, 1990
17 x 12.5cm, 4pp announcement card for a joint show between the partners. Inserted inside the card are two colour offset lithographic prints on thin paper. Boltanski's is a brightly coloured image of some purple flowers on a purple background. VG+. 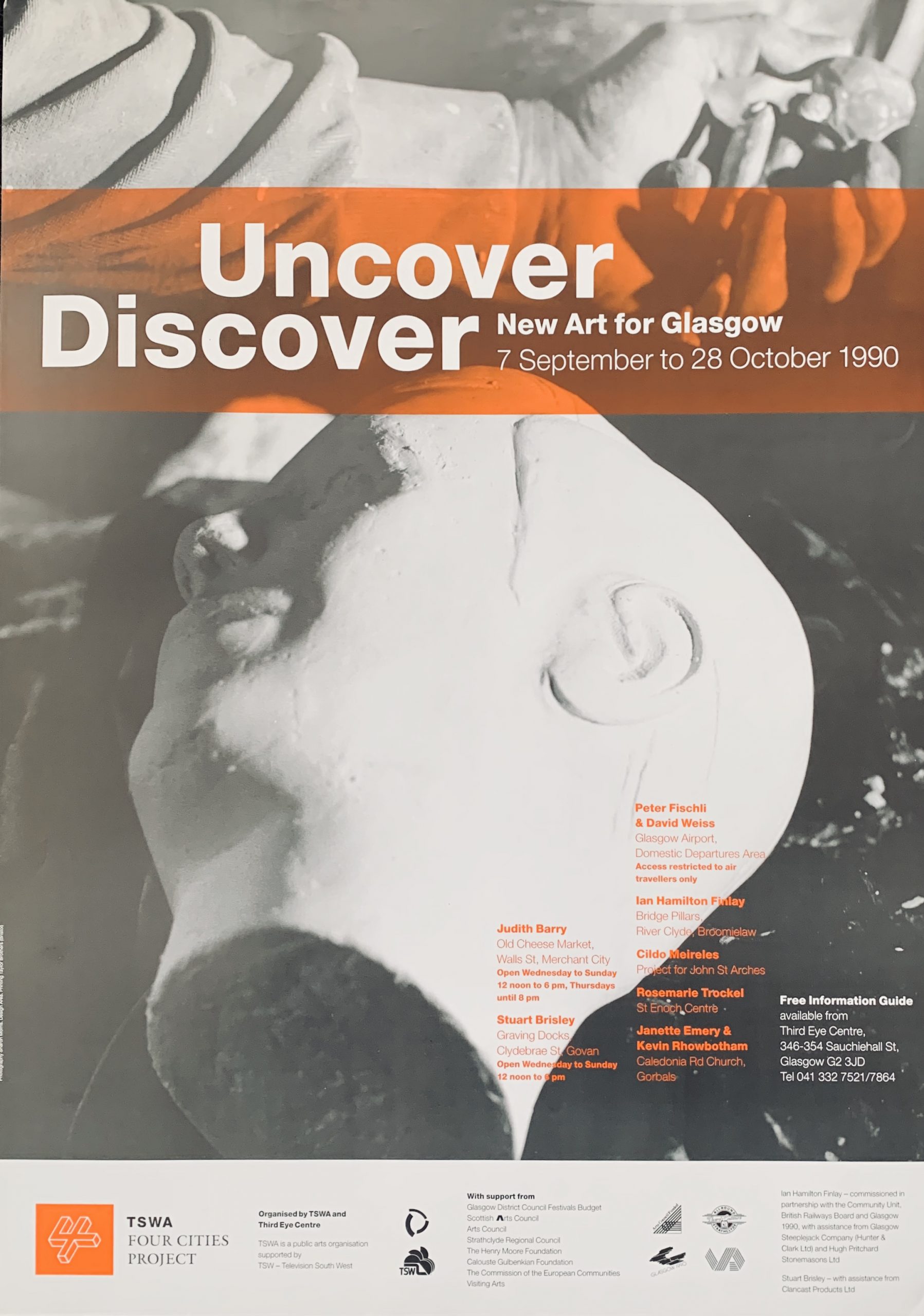 Posted at 21:21h in Exhibition & Other Posters

The Revolution is frozen; all
principles are weakened; there
remain only red bonnets
worn by Intrigue.

The waves in the rye grass
never reach the shore.

The poem is denoted to be from S-J (Saint-Just) and IHF (Finlay himself). Finlay is comparing Saint-Just's complaint of the stagnation of the revolution to the movement of grass in wind which may look similar to waves but do not affect the sea.
This is one of a series of works which the Wild hawthorn Press denoted as "Poems in folders". VG+.

TOMBSTONE
Sundial
without
a gnomon

MARBLE
Parachute
of
the gods.

Both images are of stones. The tombstone is a reminder of the passing of time even without the gnomon. The beauty of marble has landed from the heavens above.

Posted at 11:04h in Photographs 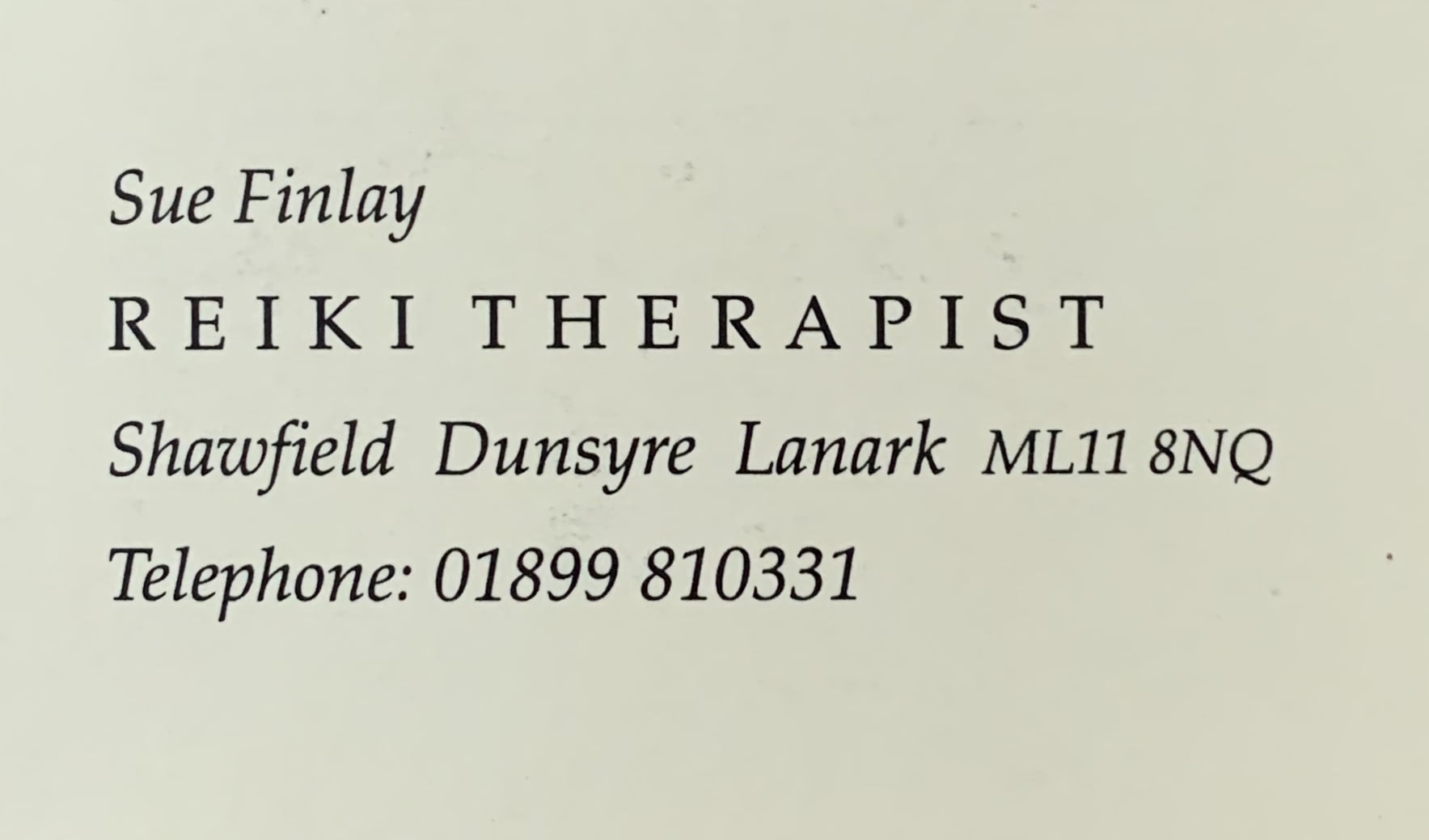 Posted at 13:29h in Miscellany 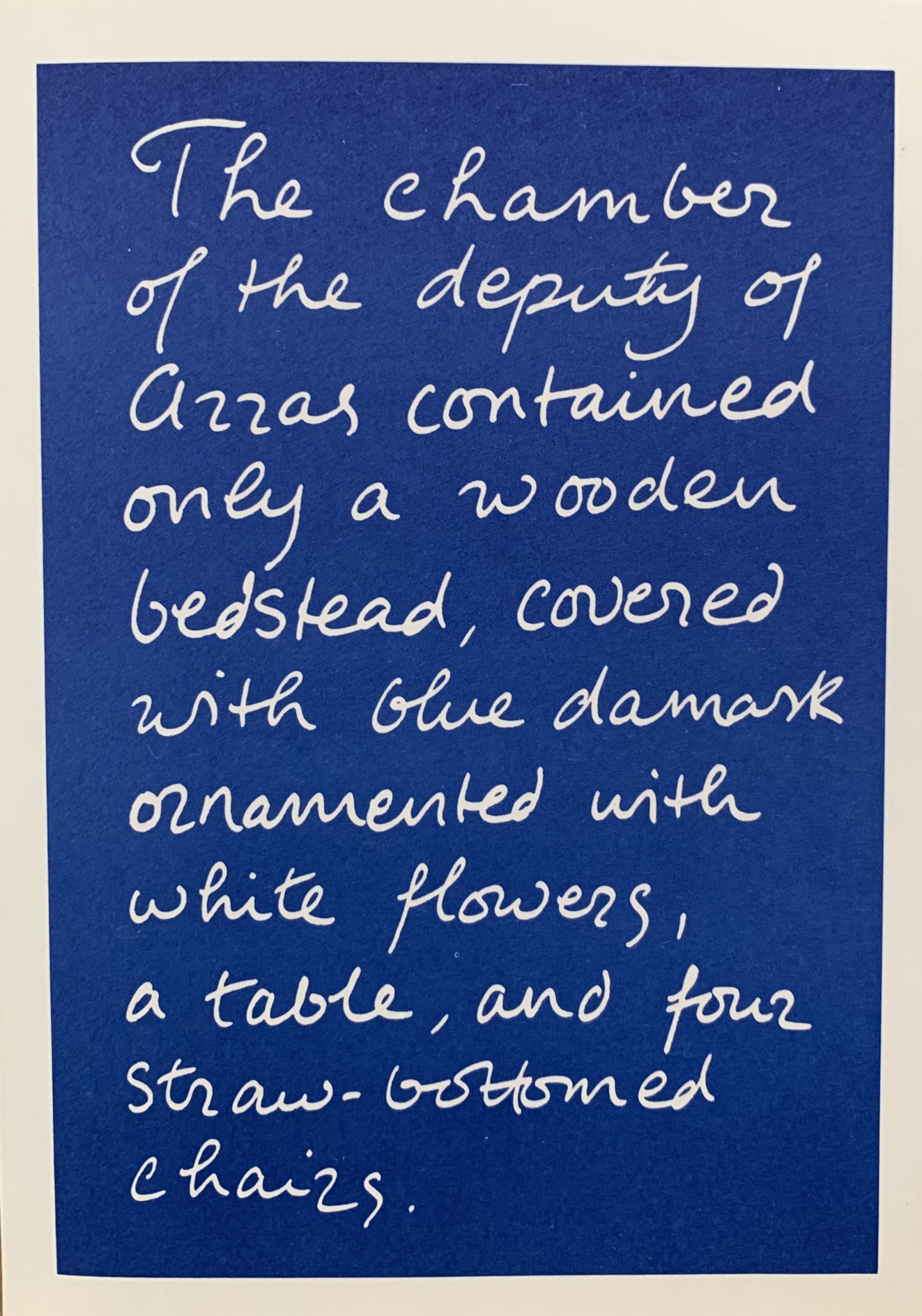 Posted at 19:48h in Invitation Cards