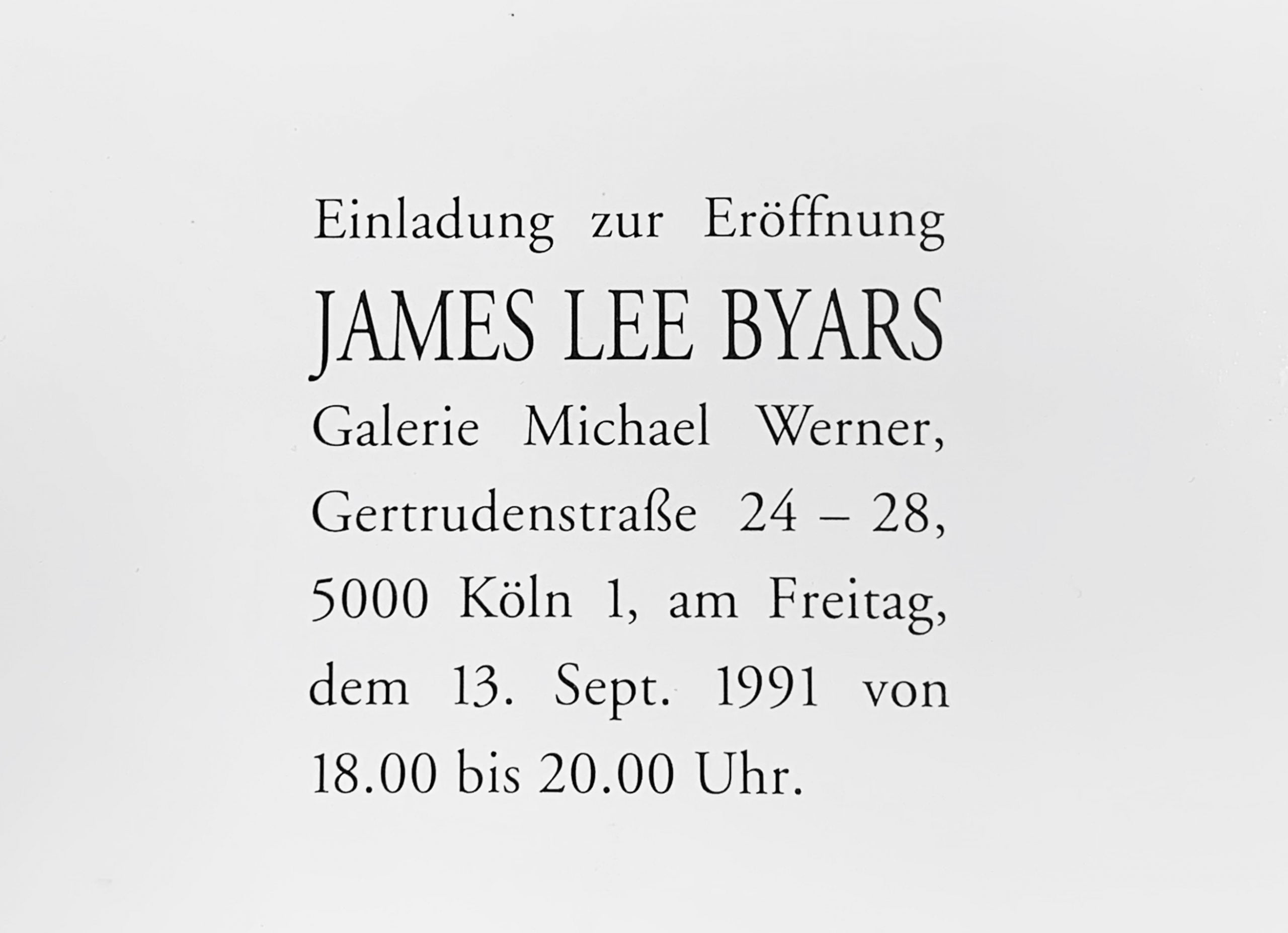 New York City: Marian Goodman Gallery 1991
20.3 × 22.8 × 5cm two part tin box and two photographs glued and mounted on the inside lid and bottom of the box. The bottom image is of a Jewish school from Hamberg in 1938 taken just before the war began. Obviously the crimes of the National Socialists led to the deliberate massacre of Jewish people throughout Germany. The photograph in the top of the box is an enlarged detail from the photograph of a girl. One does not know her fate - it could have been very tragic and more than likely so.The photograph on the lid is lined with lightly creased and glued paper - creating a frame that is somewhat like a shroud.BR> There was a serial edition of 40 - with each box in the edition unique with a different face enlarged on the top. Signed and numbered on a label below the class photograph by Boltanski. The box is deliberately tarnished and the lid has a lot of oxidation which Boltanski deliberately encouraged by "watering" his stocks of the boxes which he kept for future use in such works. 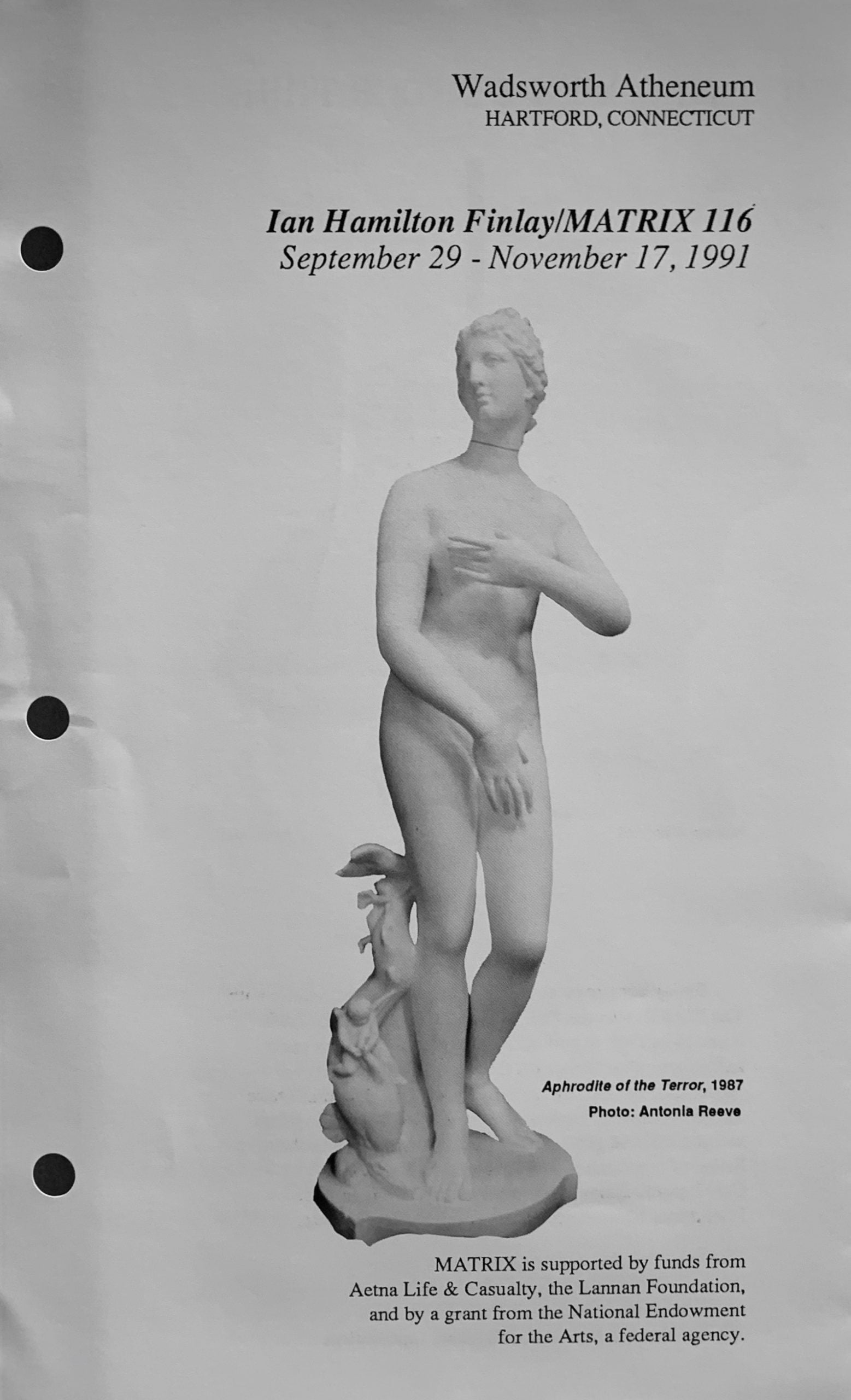 Posted at 10:38h in Exhibition Catalogues

Hartford: Wadsworth Atheneum, 1991
22 x 13.5cm, 16pp accordion fold. Exhibition catalogue with 5 b/w illustrations and an essay by Johan Ravenal and Andrea Miller_Keller. The works mostly relate to Finlay's mid-career interest in the French Revolution. Die cut for storage (as are all of the institution's catalogues. VG+. 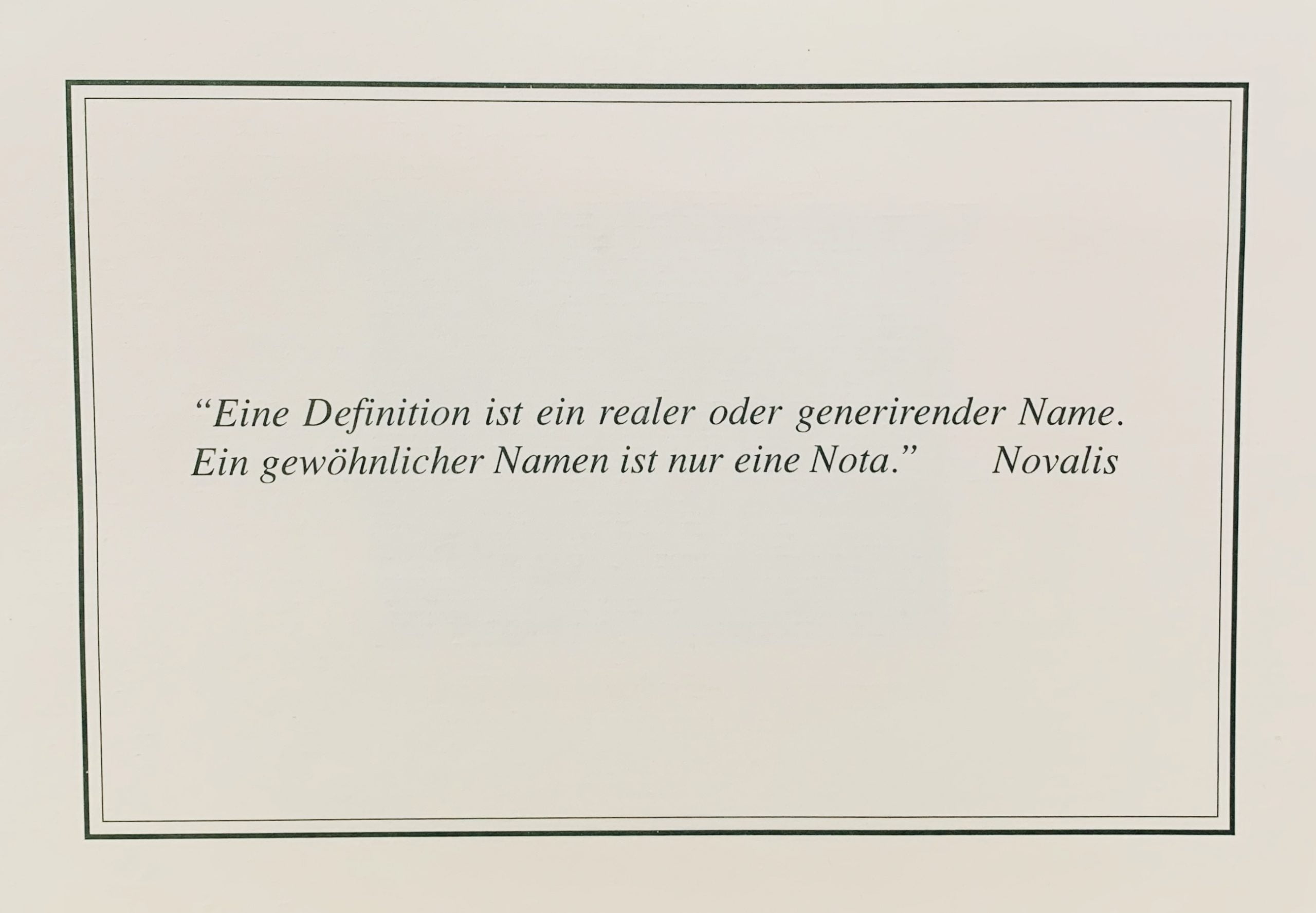 Posted at 15:49h in Invitation Cards

Imschoot: Uitgevers for Antichambres, Affinités Electives, 1991
22.3 x 16cm. 28pp plus card wrappers. Second edition of this artist's book which reprints the images of children from 1955 which had been sent to the Mickey Mouse Club and reprinted in their magazine. There were 62 members who were about the same age as Boltanski in that year and the images here consist of 148 duotone rephotographed portraits as if in an album. This book was originally published in 1990 bin 400 copies ut was so popular a second edition (as here) of 500 numbered copies was reprinted in 1991. This example is not numbered. VG+. 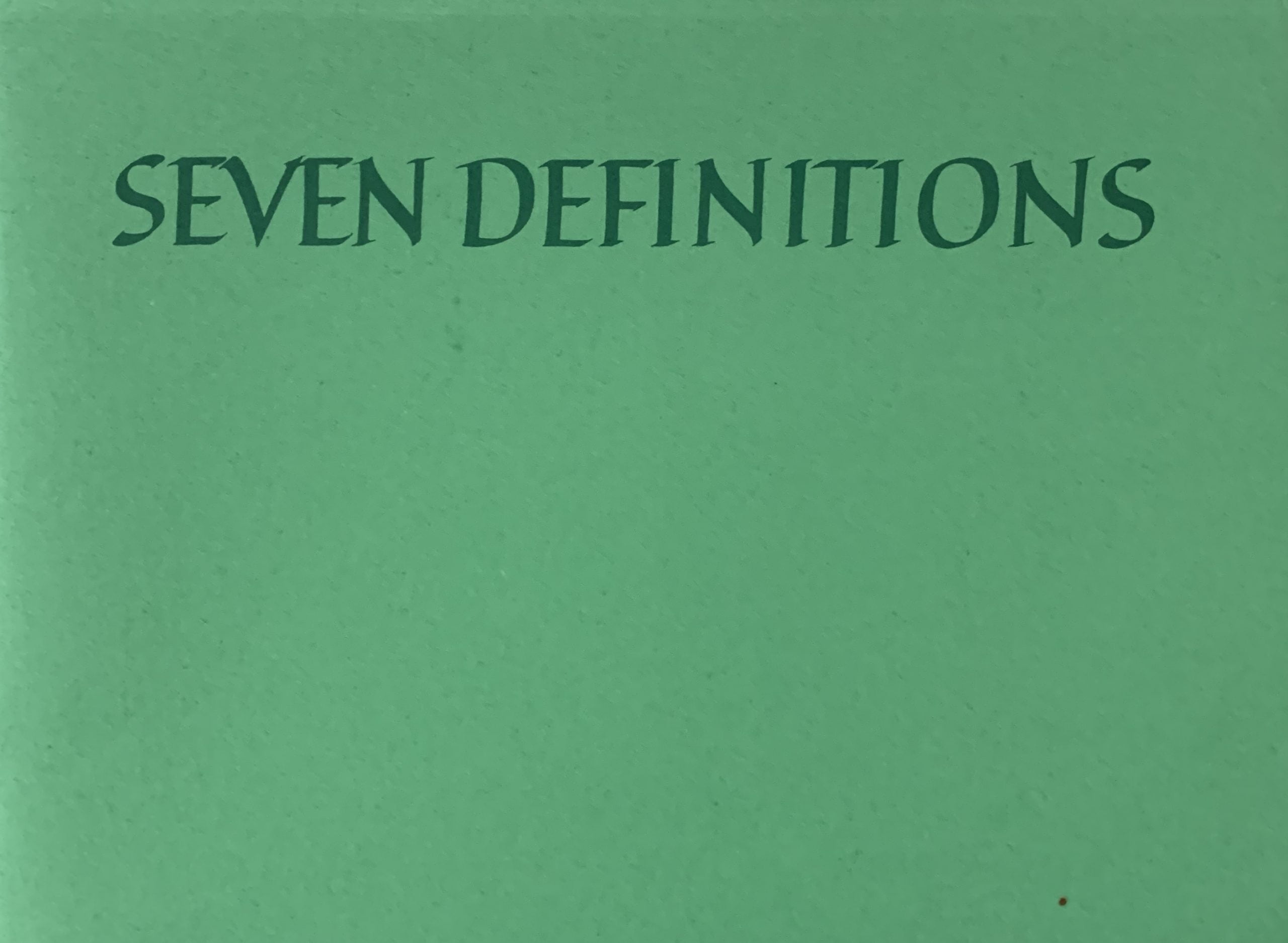 Posted at 20:22h in Exhibition Catalogues

Keil: Galerie Sfeir-Semler, 1991
11 x 15cm, 24pp plus card covers and green printed dust jacket. Exhibition catalogue which could also easily be seen as an artist's book (although the page contents were printed as a portfolio of large prints - presumably preventing a smaller book being issued by the Wild Hawthorn Press). There are seven "definition" works by Finlay reproduced one per page. VG+>