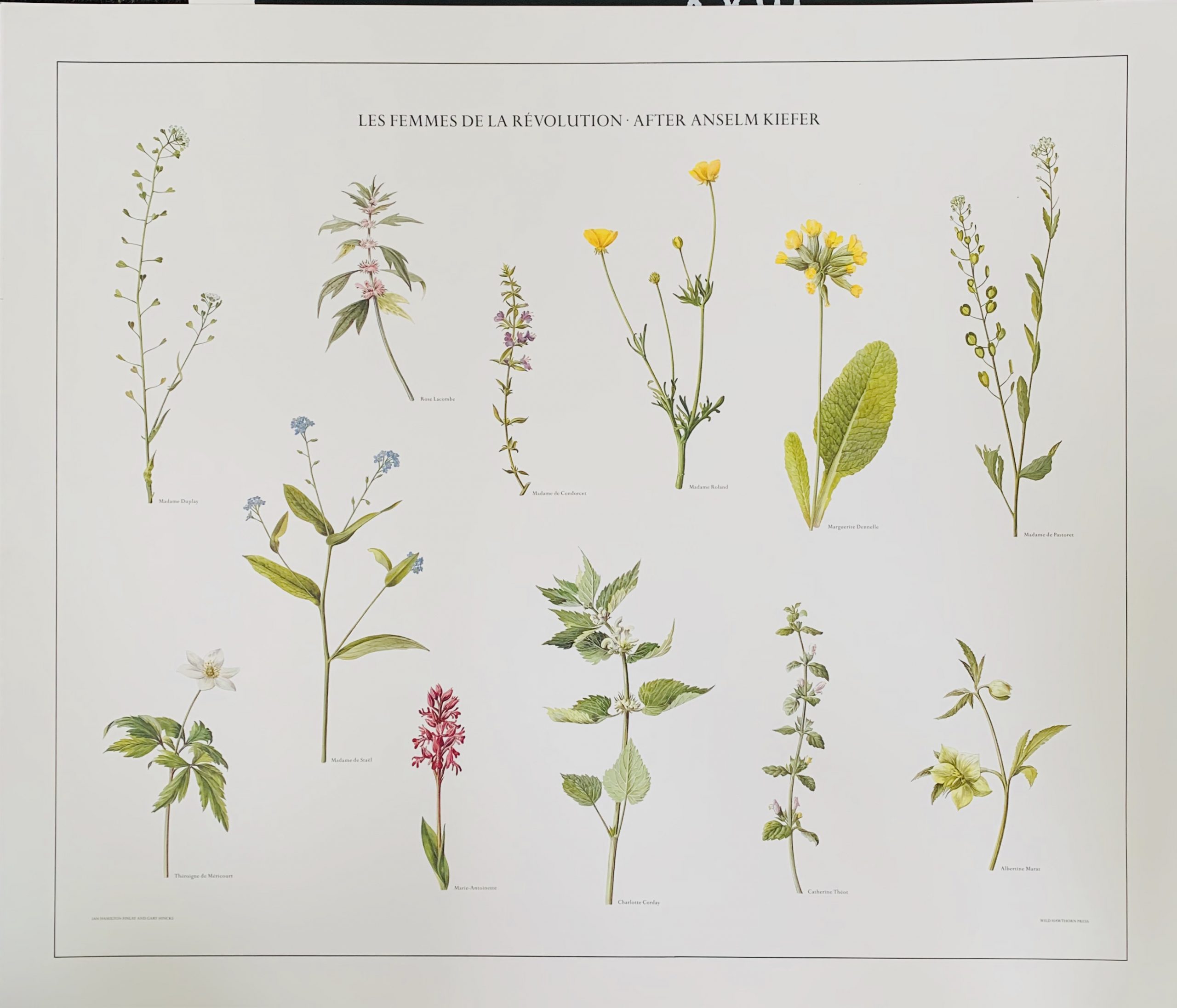 Little Sparta: Wild Hawthorn Press, 1992
70 x 82cm, full colour offset lithograph with a reproduced painting by Gary Hincks of various weeds and flowers - each named after a prominent woman of the French Revolution. Charlotte Corday, the heroine who murdered the evil Marat in his bath, is shown as a nettle and Marie-Antoinette as a lily. The work is subtitled as "after Anselm Kiefer" who produced a major sculptural installation of the same name with beds made out of lead for each woman.
One of only 250 issued. VG+ condition. 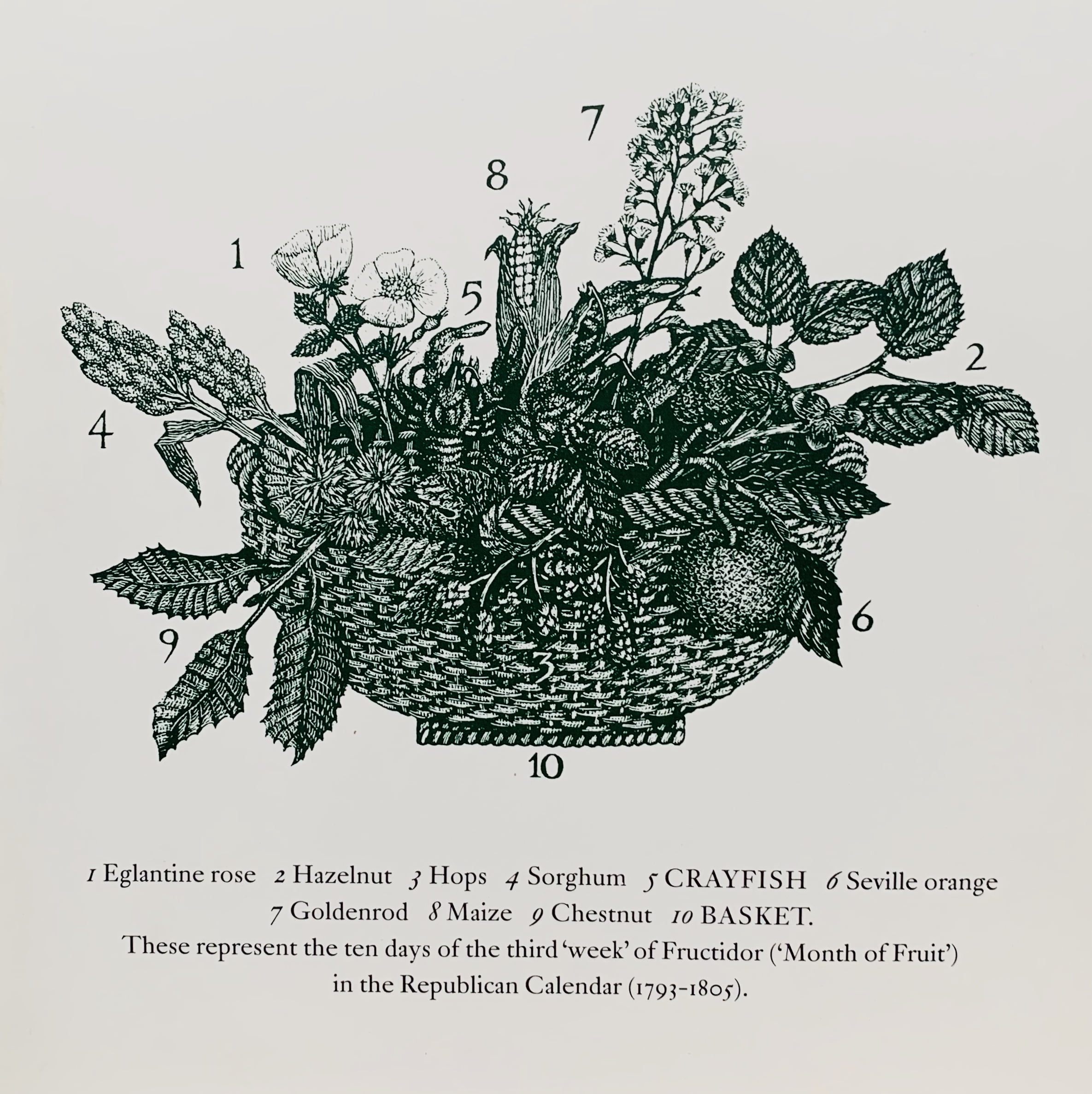 Posted at 17:23h in Artist's Postcards

Little Sparta: Wild Hawthorn Press, 1992
11.5 x 11.2cm, 4pp. Folding card with a drawing of a still life by Kathleen Lindsley on the front of a basket of fruit, flowers and a crayfish. Fructidor was the twelfth month in the French Republican Calendar: named after the Latin word fructus, which means "fruit"
Each month in the republican calendar lasted 30 days and the weeks were repurposed to ten days each called decades. Further within every decade, each day had the name of an agricultural plant, except the fifth day when there was the name of an animal, and on the last the name of an agricultural tool.
In his instruction to the artist, Finlay has had same the ten fruits and flowers and animal included in the basket as in the names of the last decade of the month (the last name of the decade being actually "basket". VG+

"The canoe
of life
is shattered.."

The suicide note referred to is from the Russian avant-garde poet Mayakovsky. The reference to the 'canoe of life is shattered" is a direct quote from his despairing final letter. Finlay brings attention to the shape of the willow leaves that have fallen (shattered by the wind) to the ground. The image on the front of the folder also shows that death of the leaves.

Saint-Gall: Stiftsbibliothek, n.d. (1992)
10.5 x15cm, 8pp (original postcards bound in) plus front and back cards. Artist's book consisting of postcards showing installation views of a small exhibition of books by Boltanski from a library exhibition in the abbey of Saint-Gall. The show consisted of a single vitrine it seems. The images do not really allow one to see the books but the library is clearly impressive. The installation was organised by Hans Ulrich Obrist but he claims elsewhere his first curated exhibition was one year later (which also included Boltanski).
Reference: Calle Boltanski Artist's Books Page 76.

Posted at 13:55h in Exhibition Catalogues