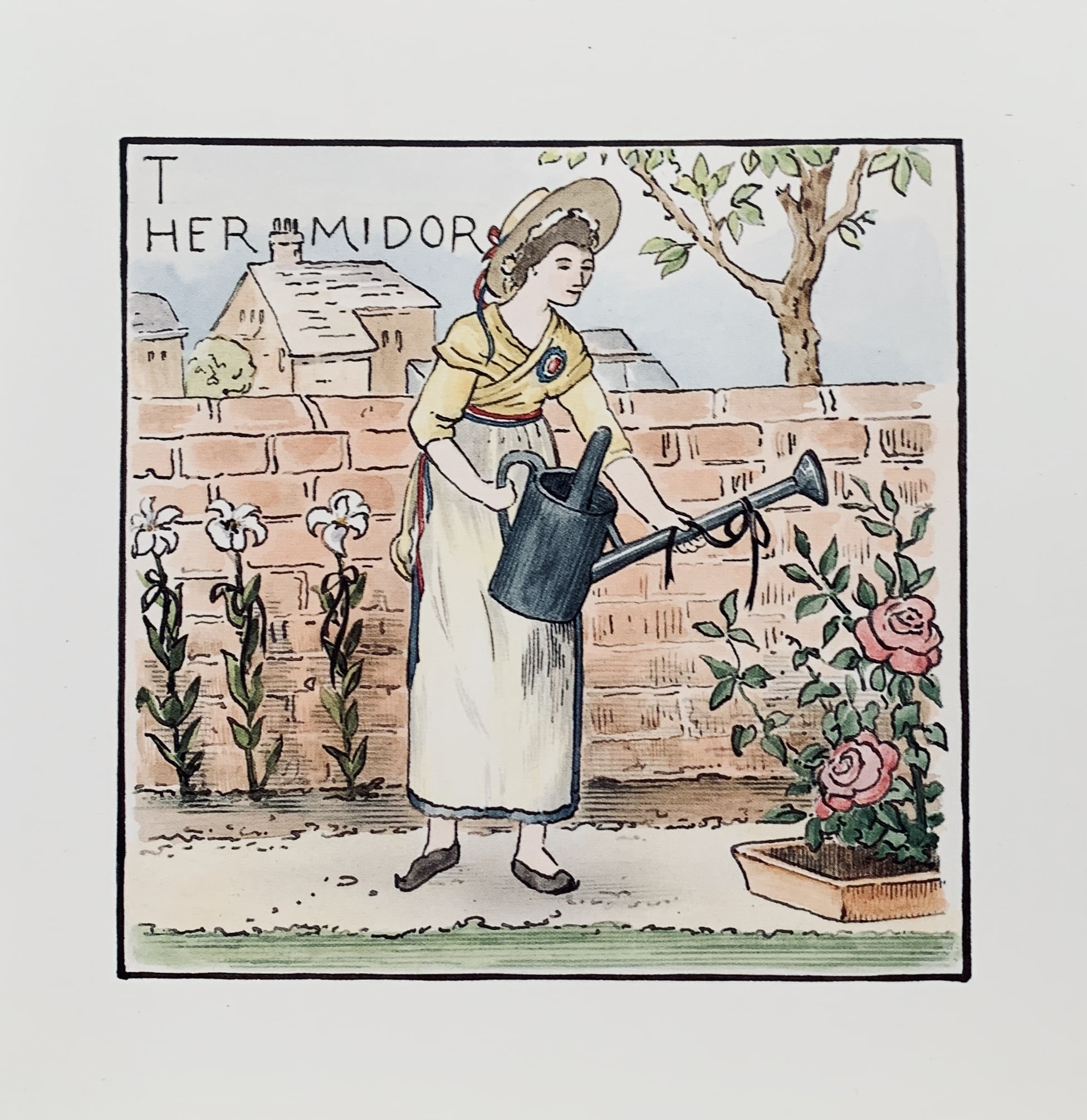 Posted at 17:11h in Artist's Postcards

Little Sparta: Wild Hawthorn Press, 1992
11.5 x 11.2cm, 4pp. Folding card with a painting by Gary Hincks on the front of a woman wearing a republican rosette watering flowers. The original is a Kate Greenaway painting albeit Hincks has altered the imagery a little and the word Thermidor placed top left. Lilies grow behind her (a symbol of the French crown) and she is watering red roses. Arrosoir was the month when Robespierre and his cohorts were removed overnight by their colleagues on the National Convention and the revolutionary calendar month's name translates to watering-can. Thermidorian reaction led eventually to the re-establishment of the French monarchy but the replacement to Robespierre while not as virulent was still a committed revolutionary regime. The painting is a cute metaphor for the events of July 1794. VG+ 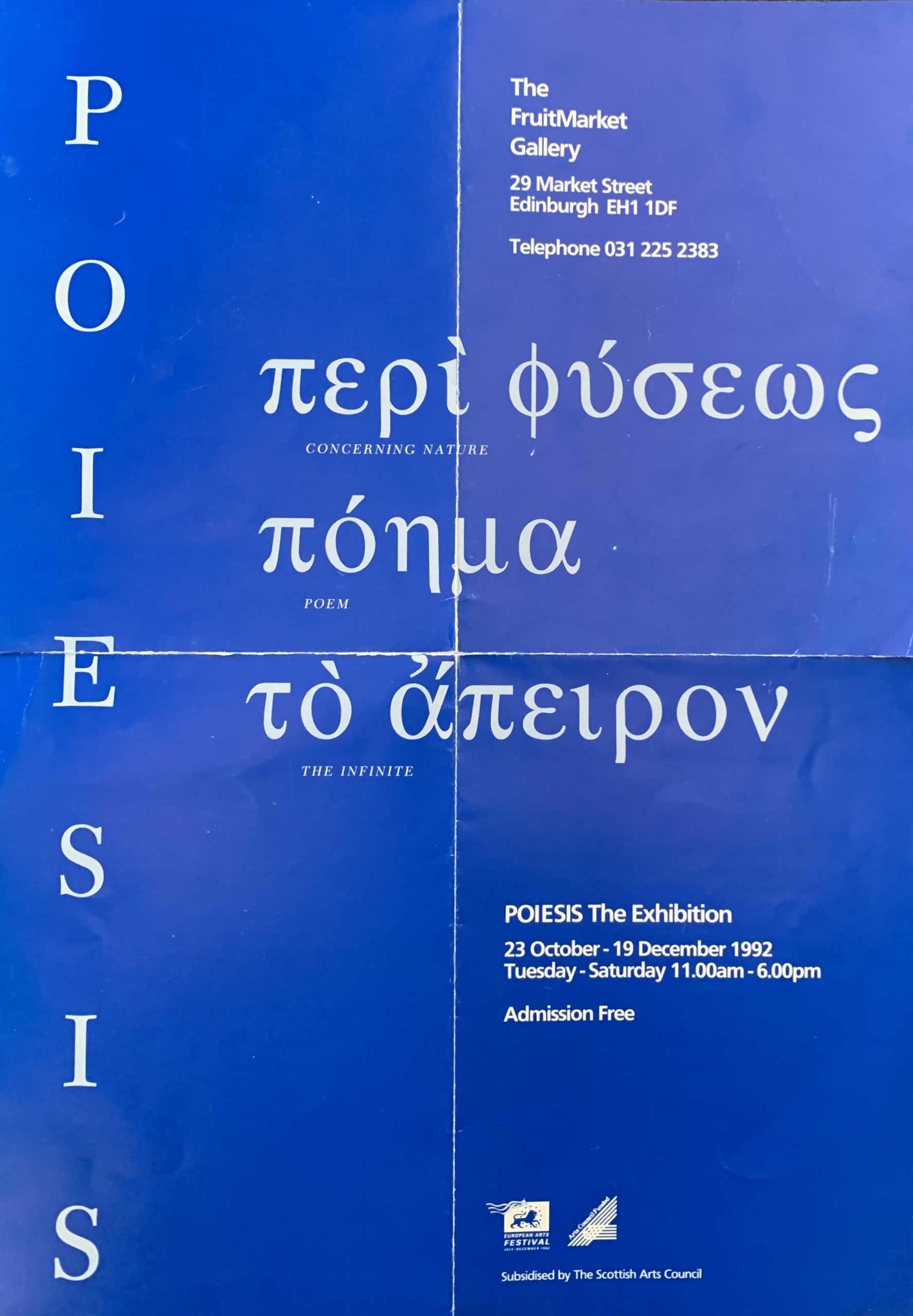 Posted at 21:11h in Invitation Cards

Edinburgh: Fruitmarket Gallery, 1992
21 x 15cm, 8pp (single folded sheet). The programme and small poster for a group exhibition of works by a range of artists including Finlay. While not being specific to concrete and visual poetry the events (which included talks, films and workshops as well as the exhibition) - a large number of those exhibited worked in that field.
Poiesis as we all know is a definition of poetry as "anything supremely harmonious or satisfying" - which to be fair describes much of Finlay's work and motivation and is almost a definition of neo-classicism. Minor wear at folds else VG..

Little Sparta: Wild Hawthorn Press, 1992
8.1 x 6.8cm, 4pp green outer folder with a drawing by Gary Hincks. Internally a 8.1 x 6.8cm, 4pp sheet with a text telling a tale of a discussion of "the moral effects of the arts and sciences" after stopping at an avenue of chestnut trees.
The text is in two parts - one taken from Thomas A. Clark and the other referring to an essay by Jean-Jacques Rousseau.
The title of the work refers to the attempted escape of the French king and queen while being held hostage during the first months of the French revolution - they were stopped on the way because a shop keeper recognised the King's striking (ie big nosed) visage from the coin of the realm and escorted back to the capital.
Together Finlay has created a new story of morals and escape from unthinking philosophies of behaviour.
This is one of a series of works which the Wild hawthorn Press denoted as "Poems in folders". VG+.

Posted at 12:22h in Artist's Postcards

Little Sparta: Wild Hawthorn Press, 1992
8.4 x 15.4cm, 4pp card. Two water colour paintings by Gary Hincks of a embroidered name tag for clothing with the name "Philippe Francoise Nazaire Fabre" and a signpost with the text "Fabre D'Eglantine".
Fabre D'Eglantine was the pen name of Philippe Francoise Nazaire Fabre, the revolutionary actor and poet. Close to Danton he was the president of the Cordeliers club and also member of the Jacobin Club. He went to the guillotine along with the rest of the Dantonists after his personal actions in accepting financial gain from the corrupt actions around the East India Company having given Robespierre an excuse to act against his opponents and his previous friend Danton.
The two paintings show Fabre's aristocratic roots and his later more revolutionary activities in their forms - one elaborate, the other rough and practical. Fabre was also the main writer of the French republican calendar.
VG+. 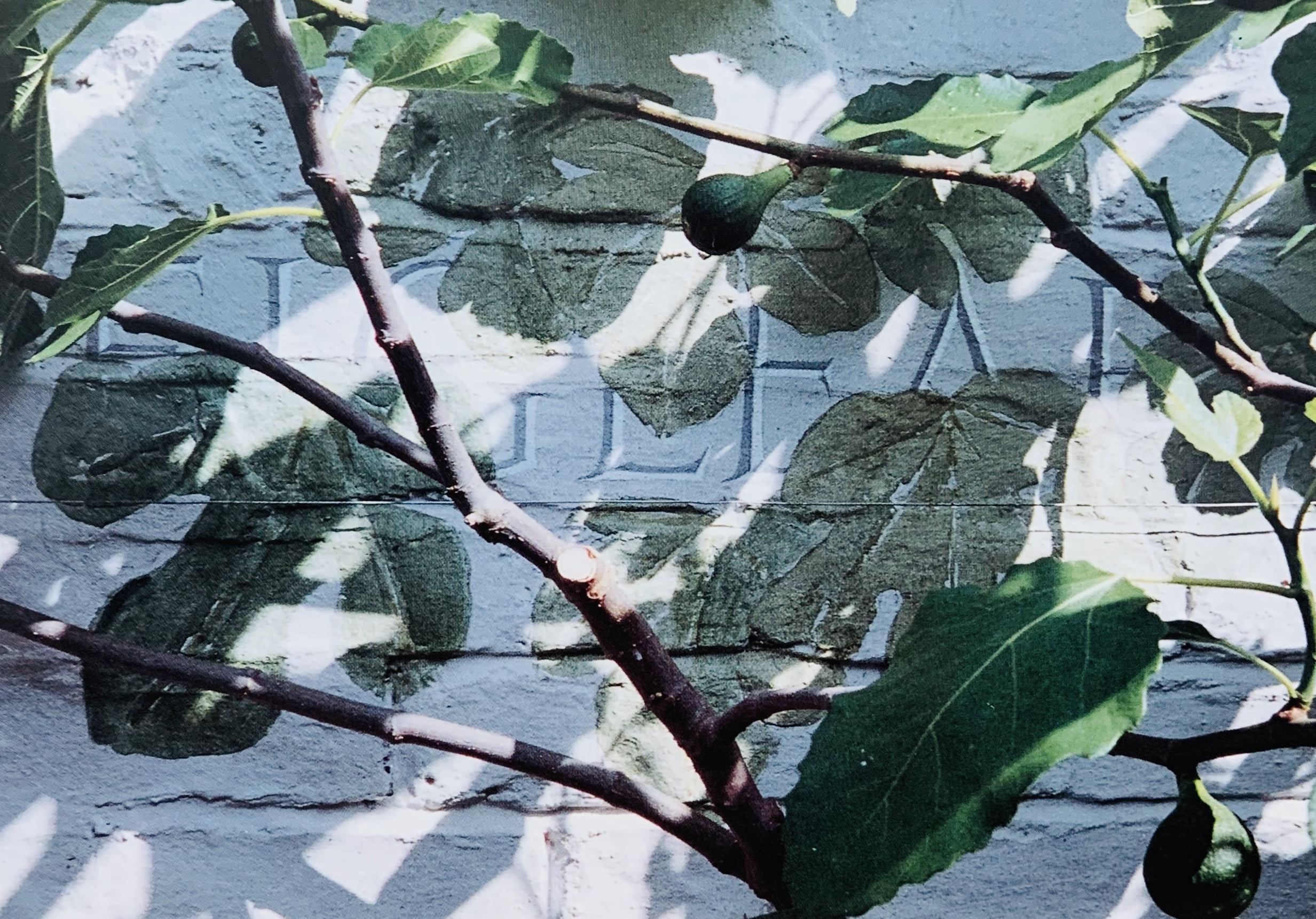 Posted at 16:57h in Artist's Postcards

Little Sparta: Wild Hawthorn Press, 1992
10.4 x 14.8cm, 2pp. A photograph by Ron Costley show a relief on a wall that has the sculpted word FiGLEAF over which leaves have been painted. In front of that the photograph shows more leaves but real this time. Hence the work about censorship is itself censored. Meta. VG+.
This example of the card has a short signed note in blue ink from Finlay to John Stathatos giving the latter Stuart Mill's address. 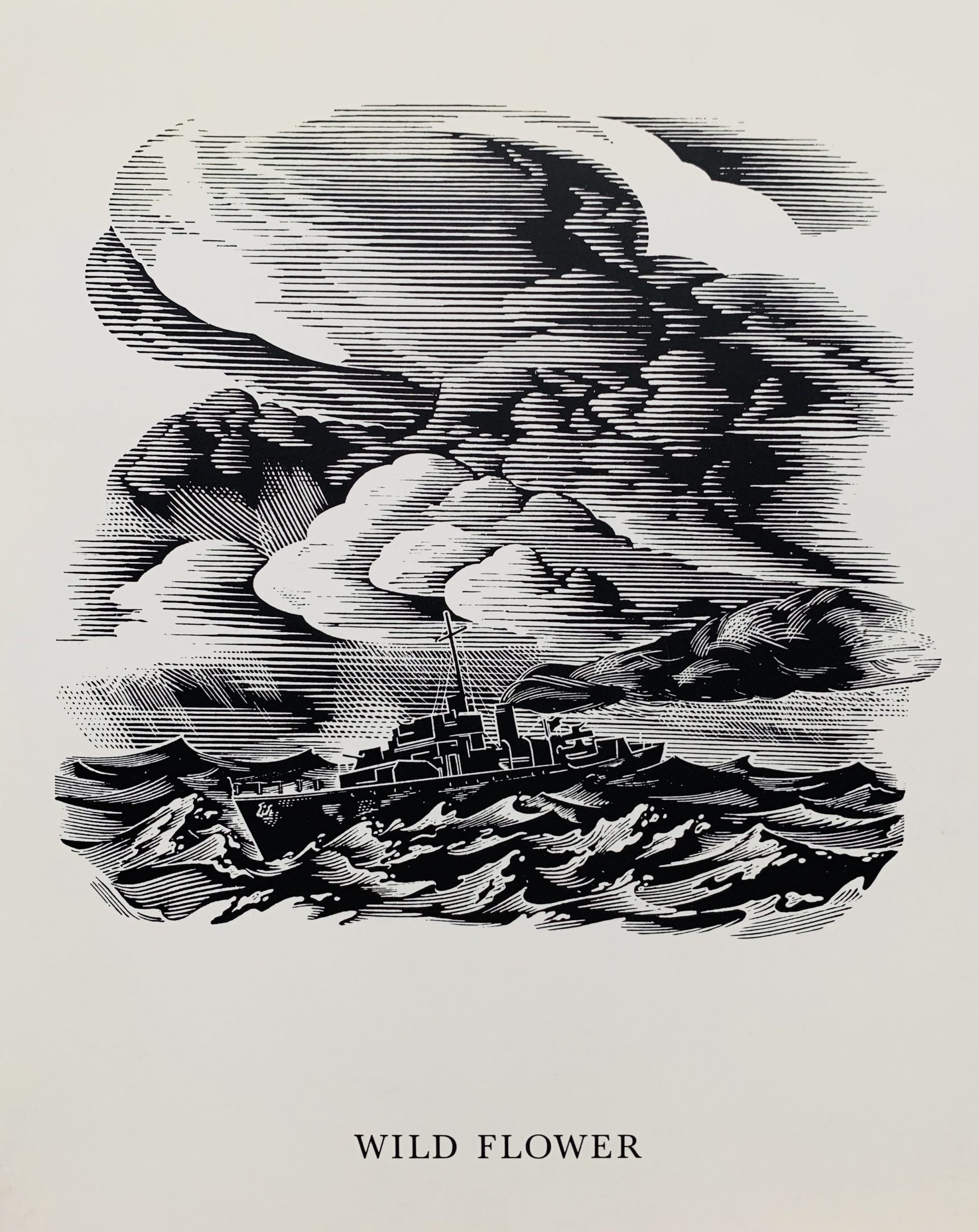 Posted at 17:20h in Artist's Postcards

Little Sparta: Wild Hawthorn Press, 1992
11.5 x 11.2cm, 4pp. Folding card with a drawing by Gary Hincks on the front of a ship in a storm. On the back Finlay lists the names of some of the RN "Flower" class corvette - of which the ship depicted is one. The unpredictable torrents it rides causing it to be a "wild" flower . VG+