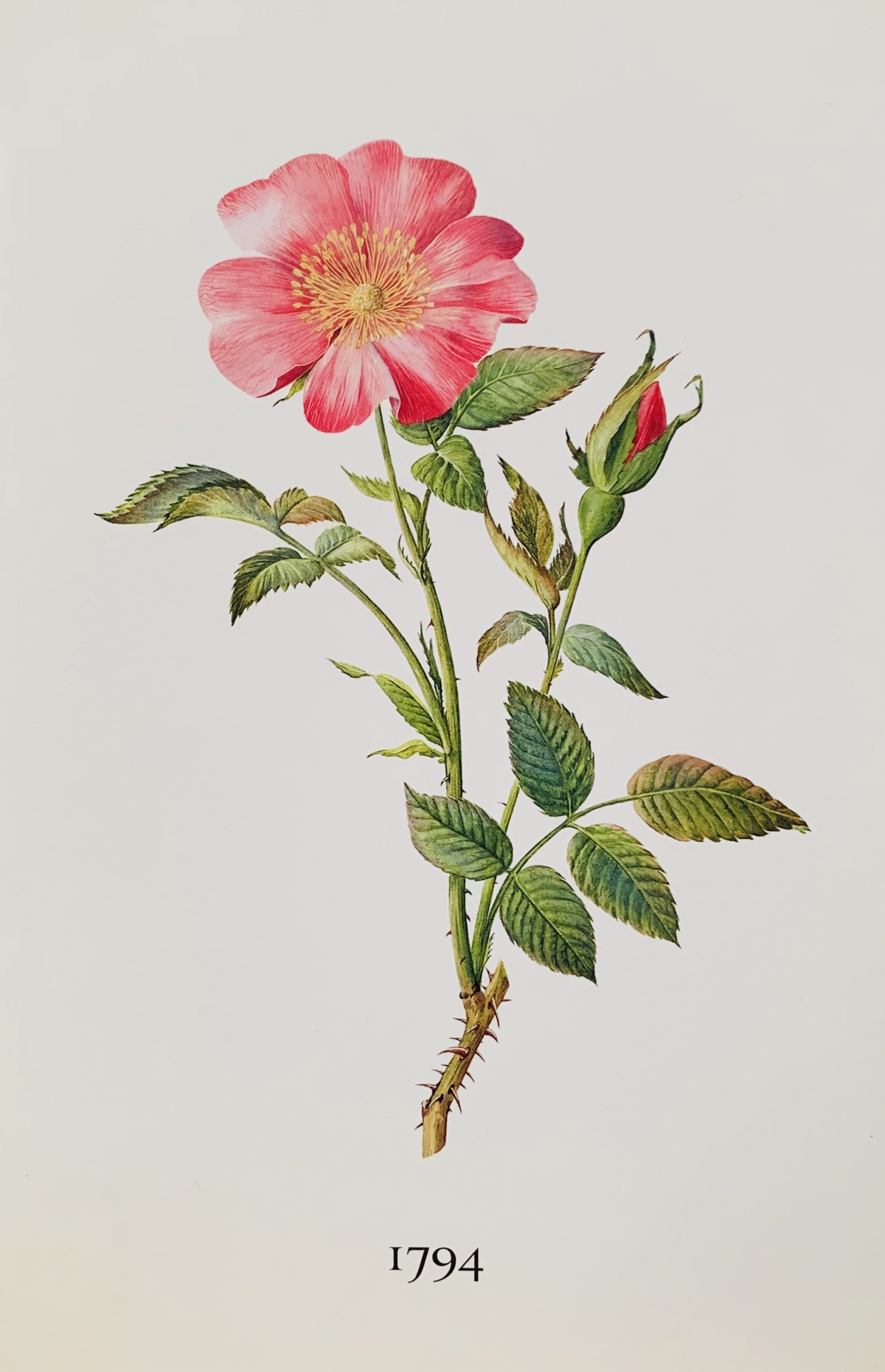 Posted at 14:09h in Artist's Postcards

Little Sparta: Wild Hawthorn Press, 1993
18.5 x 12.2, 4pp. Folding card with a reproduced colour painting by Gary Hincks on the front which is a wild rose. The date 1794 was an important year in the French revolution as it not only saw the death of Danton by degree but also the Law of 22 Prairial where Robespierre centralised his unofficial dictatorship over the country by removing rights of defendants when accused of sedition or slandering the state. The wild rose for Finlay (which here has a bud alongside a fully opened flower) is signifying the wild actions of the Committee for Public Safety but also the potential of the revolution (which ultimately failed like most and returned France to the monarchy then Napoleon's despotism). This "definition" was used by Finlay in other works including a limited edition vase for wild flowers. VG+.

Posted at 09:20h in EXHIBITION CATALOGUES

NYC: New York Public Library, 1993
30 x 21cm, folded twice - single sheet of card which opens to a 60 x 42cm, full sheet poster displaying a page from the Inventory of Objects belonging to a Young Woman of Charleston. There is also an essay by Robert Rainwater. VG+. 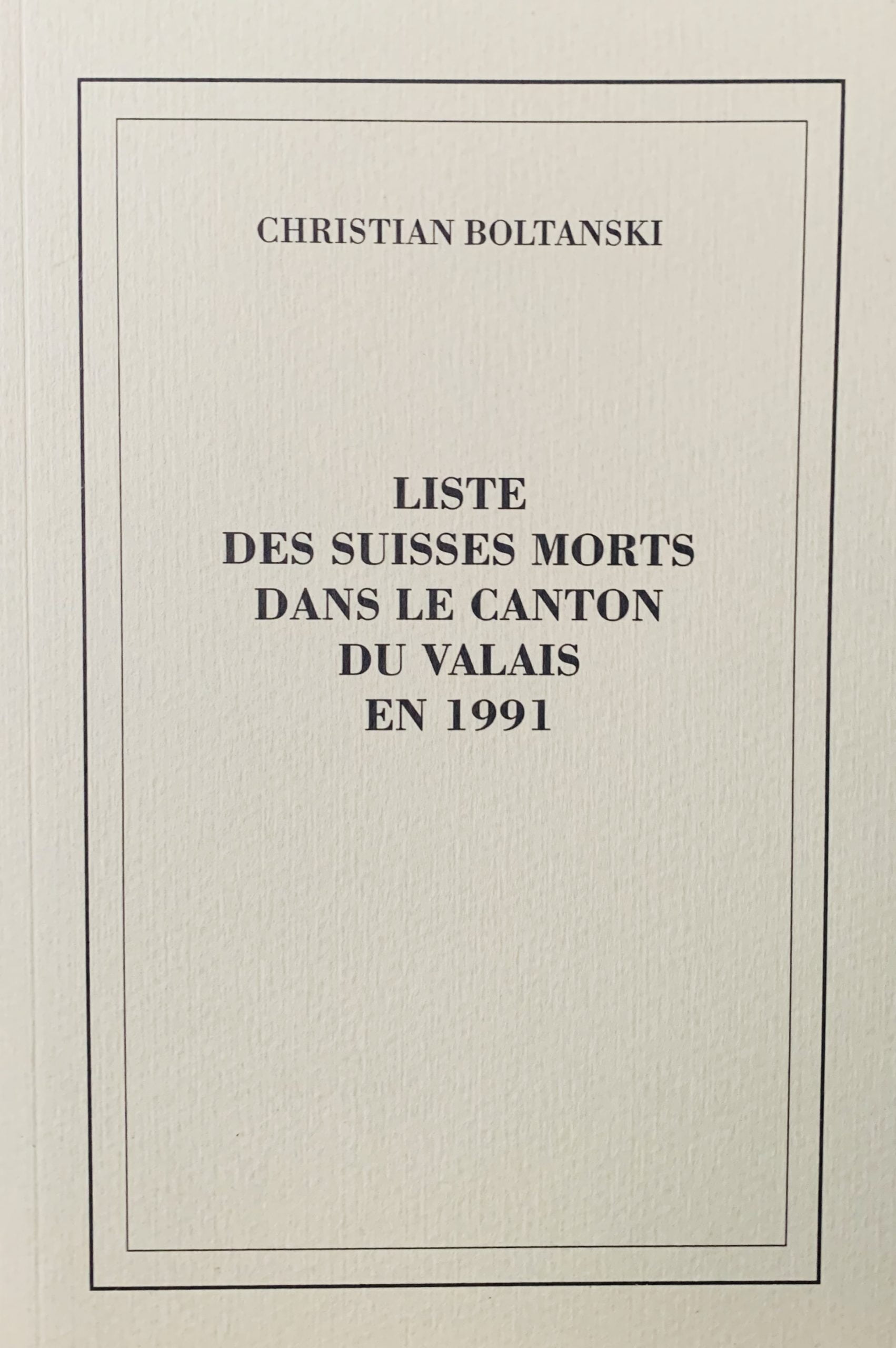 Lausanne: Musée Canonale des Beaux-Arts, 1993
21 x 14 m. 62pp plus original typographic wrappers. Artist's book listing all of the deaths for a year (organised by day) in the Swiss Canton. Boltanski always notes that he chose Swiss people (although this was released in Switzerland as part of the exhibition Les Suisse morts in 1993 in Lausanne) because of their association with peace and the fact that their deaths were usually not caused by trauma.
This copy is one of 50 signed and numbered copies - on the last page in blue ink by Boltanski. VG+.