Posted at 14:53h in EXHIBITION CATALOGUES

Duisberg: Wilhelm Lehmbruck Museum Duisburg, 1994
21 x 14.8cm, 48pp plus typographic card covers. Exhibition catalogue prefaced by an essay by Bettina Ruhrberg - "Auf der suche nach der verlorenen kindheit" followed by a second by Cornelia Bruninghaus-Knubel "kunst als Interaktion".
What follows are several pages showing 60 small b/w photographs of objects donated to the exhibition by the children of Duisberg and Moers and followed by a long list (with birth dates) of 506 children who donated objects to the archive. The final image is of the items on racks in the museum as they were displayed. VG+. 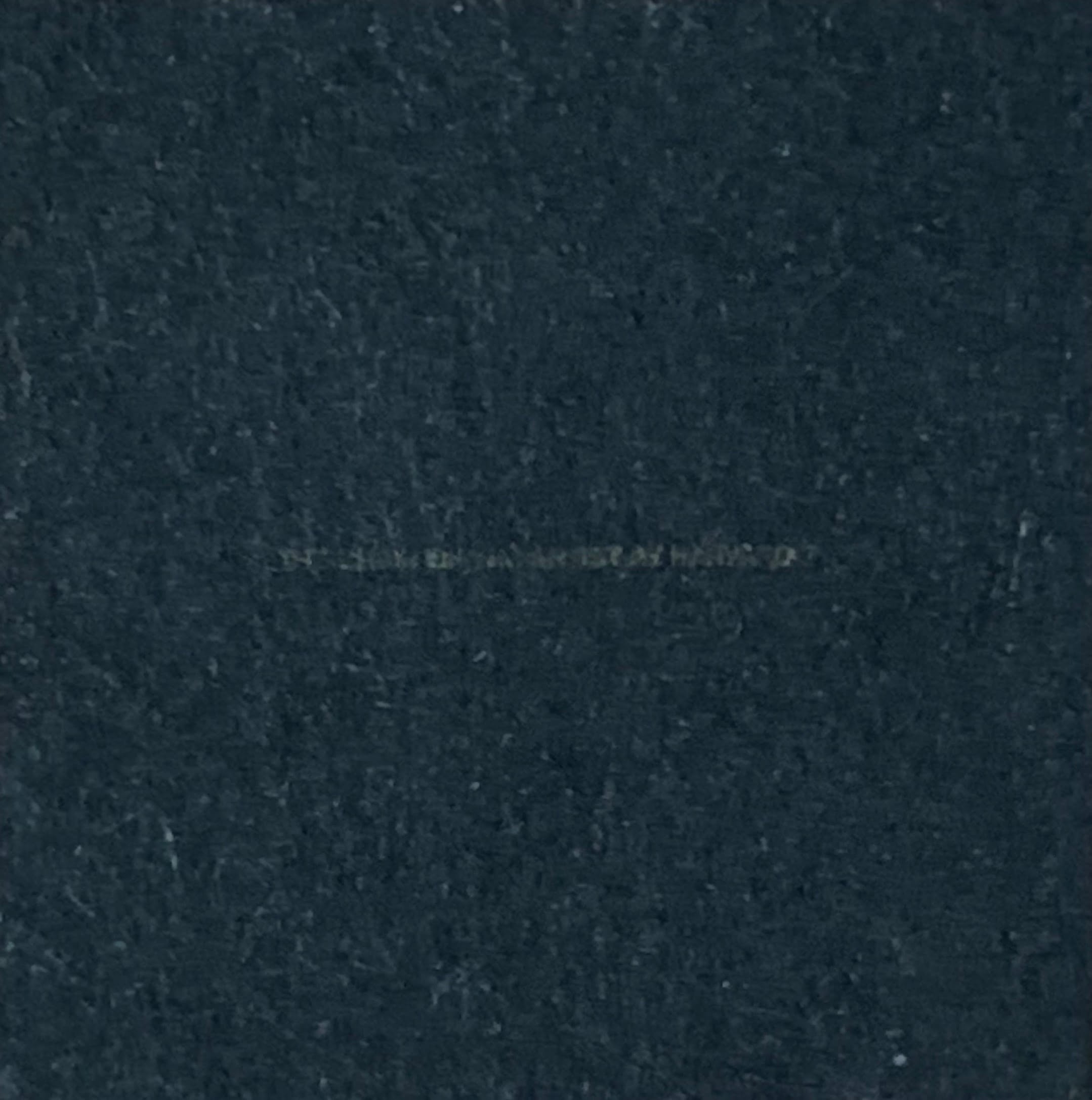 27 Aug THE CHAIR OF THE ARTIST AT HARVARD. 1994. BLACK SQUARE PAPER EPHEMERA.

Eindhoven: Van Abbemuseum, 1994
2.5 x 2.5cm black square with the text THE CHAIR OF THE ARTIST AT HARVARD printed in tiny typeface in the centre. Unlimited multiple but now very hard to find. VG+. 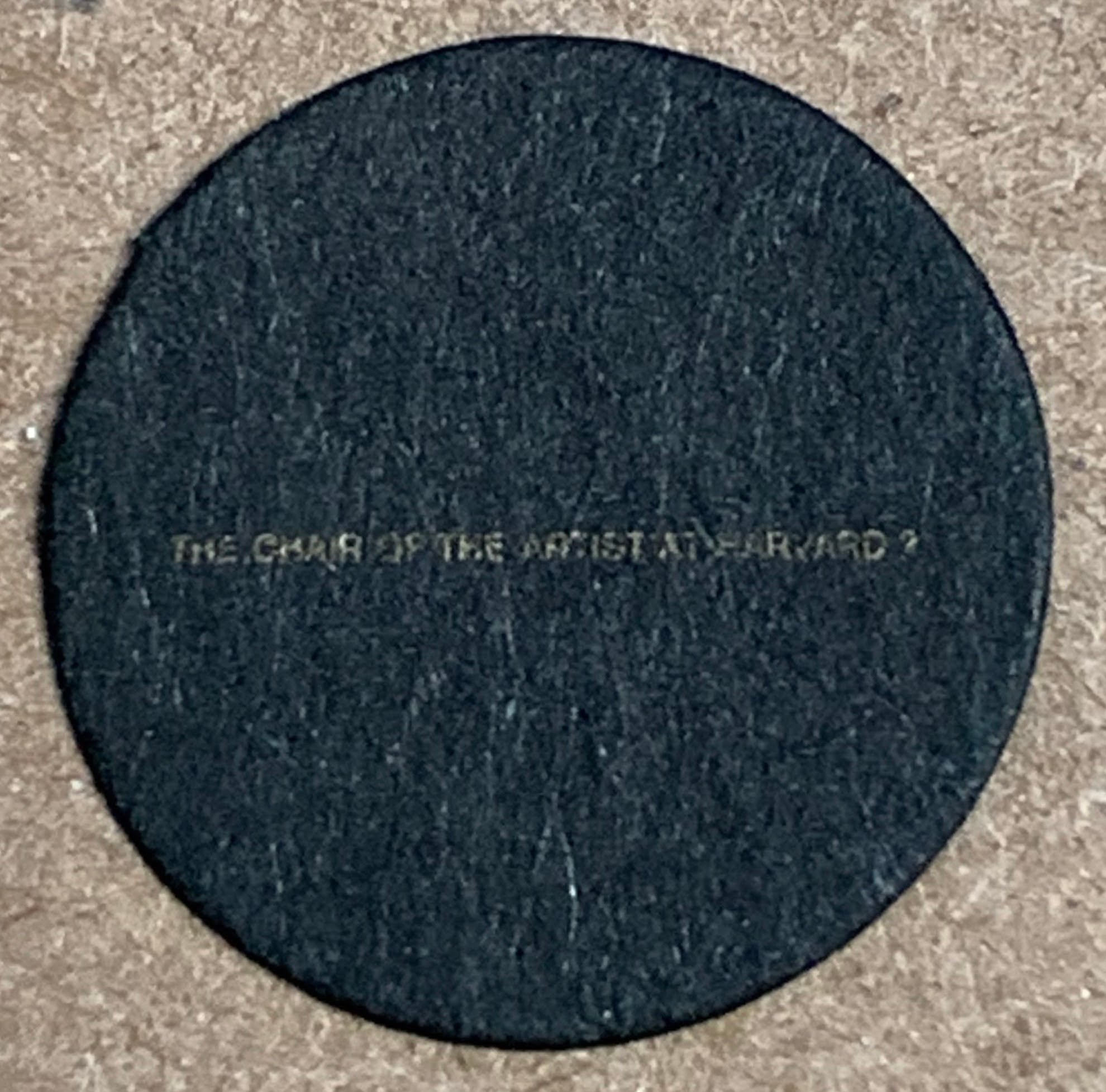 Eindhoven: Van Abbemuseum, 1994
2.5cm dia. black circle with the text THE CHAIR OF THE ARTIST AT HARVARD printed in tiny typeface in the centre. Unlimited multiple but now very hard to find. VG+. 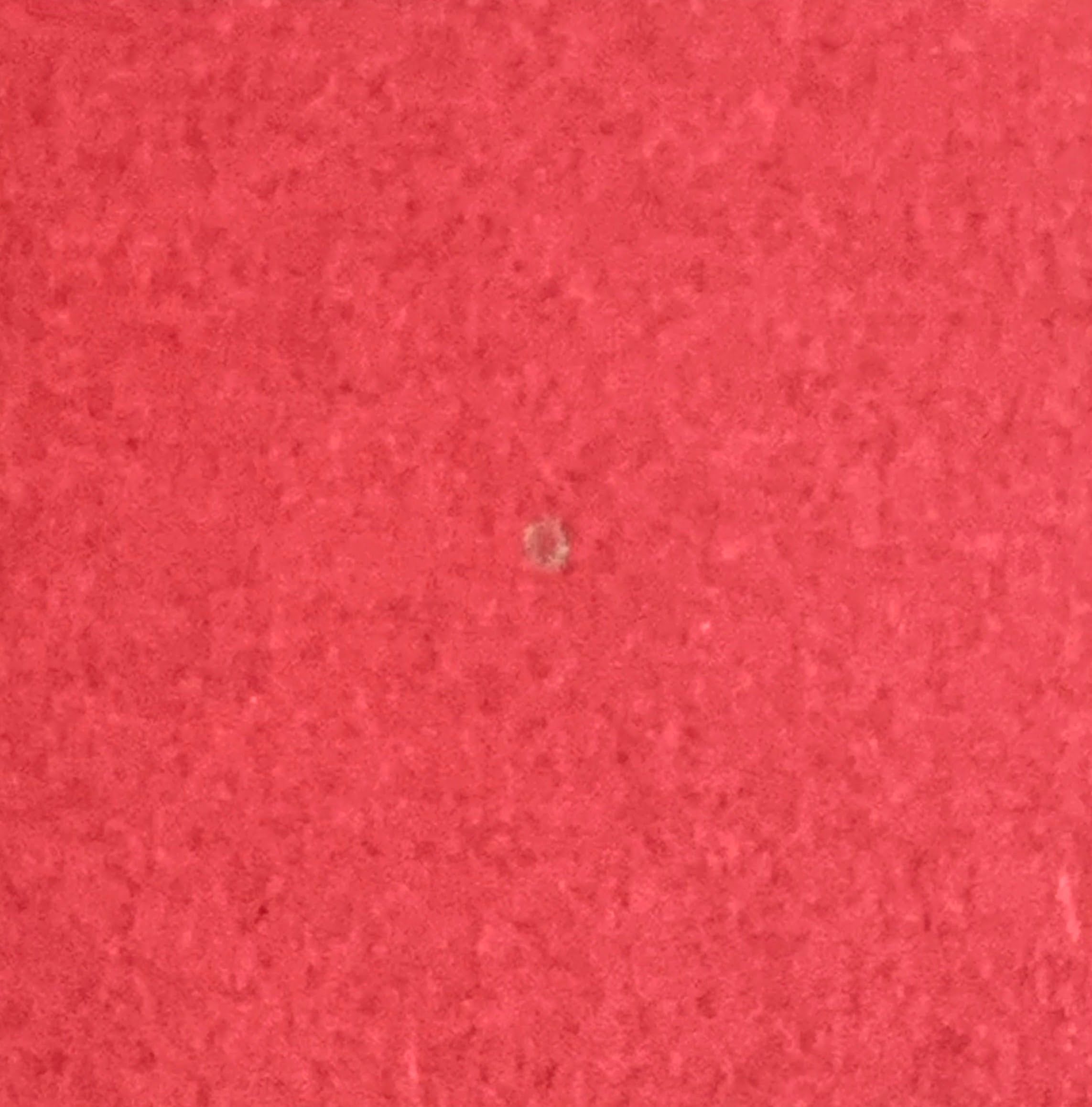 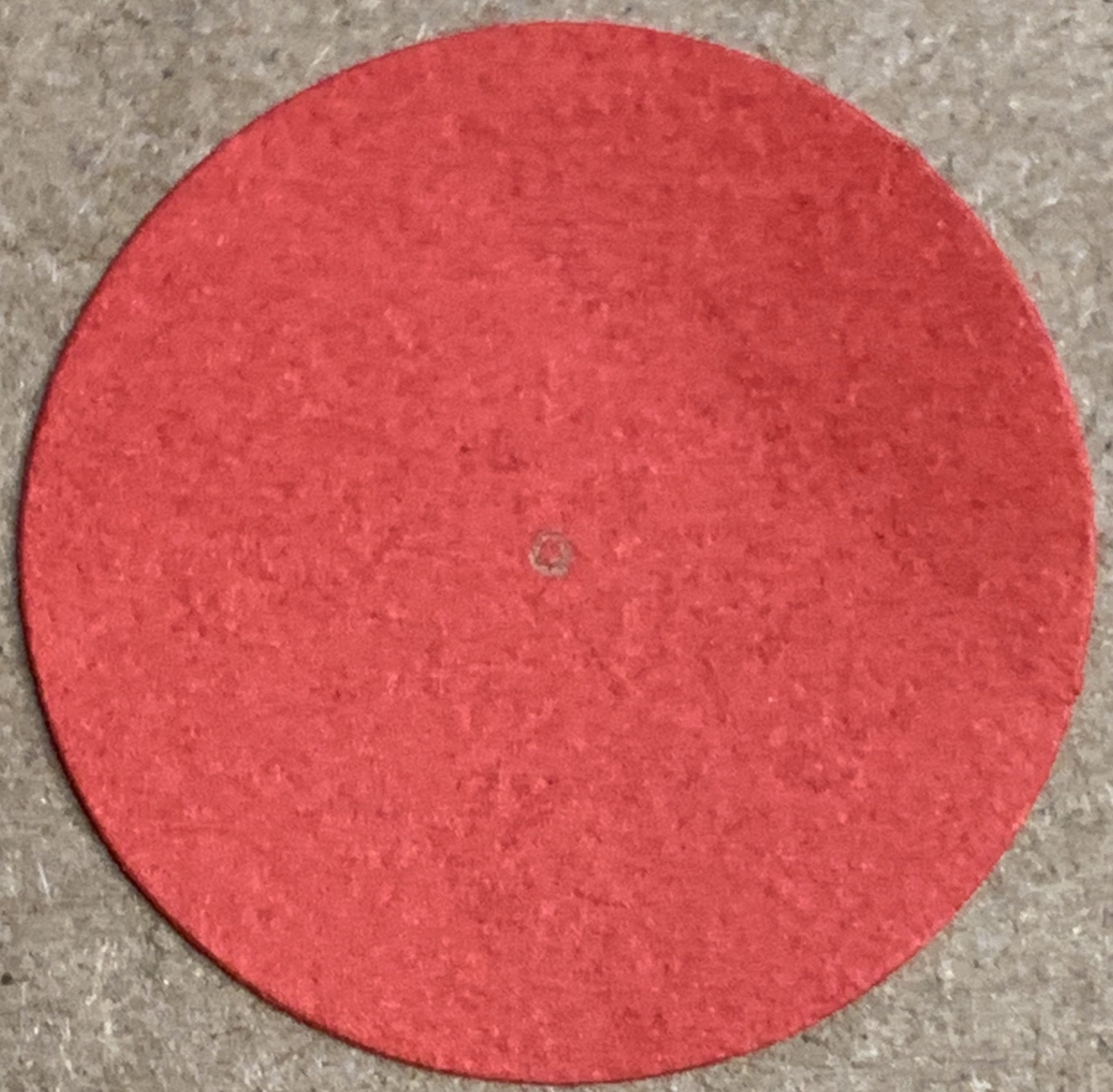 11.7 x 10.8cm, 4pp outer printed blue folder content of a 11.7 x 10.8cm, 4pp printed purple insert with a text poem by Finaly. The full title of the work is "AN EARLY PICASSO IN J.L. DAVID" below which is a text from revolutionary sources about how female citizens should dress for one of the major public festivals encouraged by the National Convention. The description is suggested by Finlay to be equivalent of a Picasso painting but 200 years beforehand.

Posted at 13:55h in Artist's Postcards

In the middle of the pond
floats a model warship, a
key protruding from one
of its funnels.

The handle of the key suggests a small summer cloud.
BR> A visual poem created out of words - linking the toy boat to the elements around it.
Scarce. VG+ condition.
BR>... 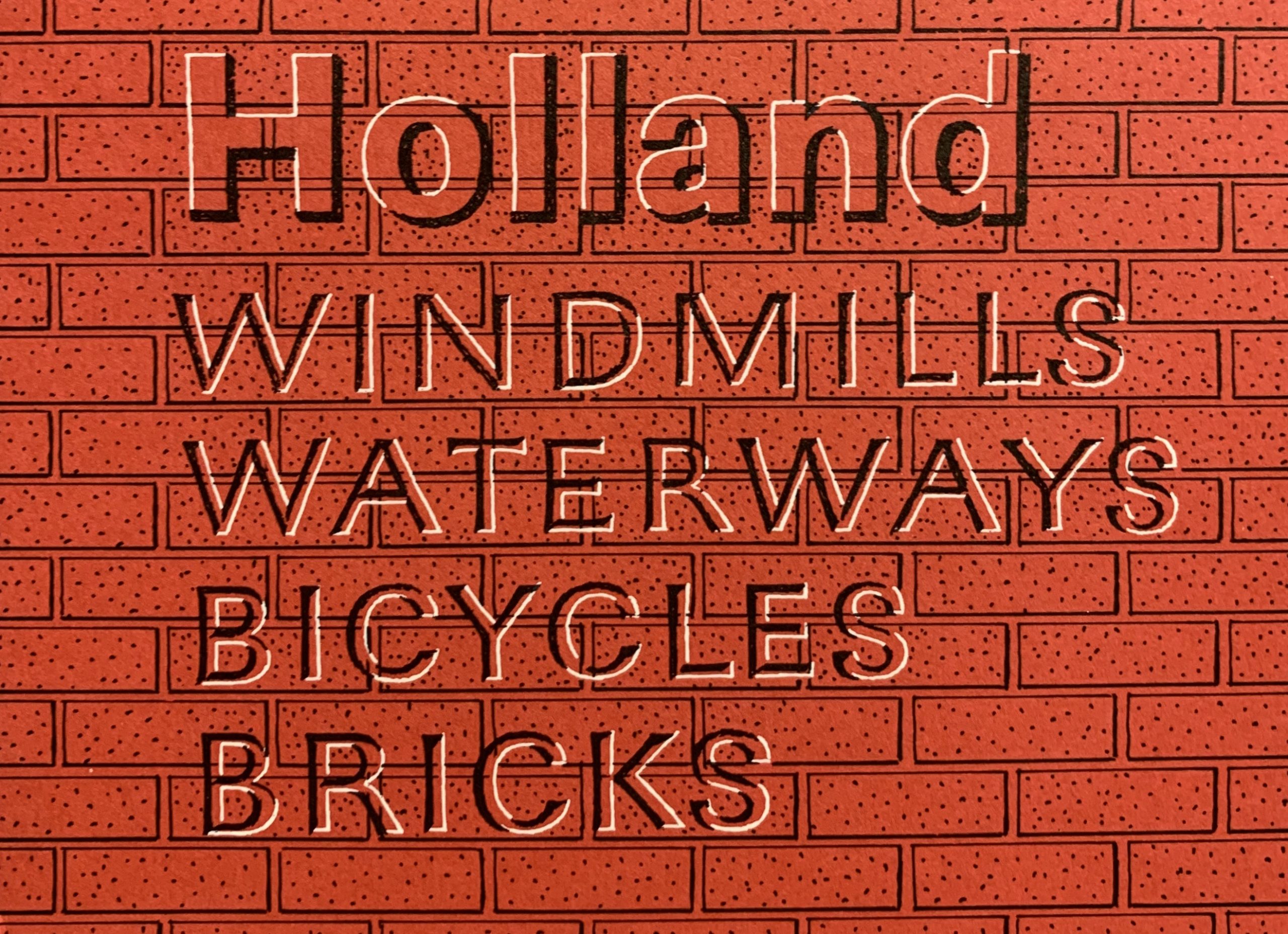 Posted at 16:42h in Artist's Postcards

The cliches of Holland are conjoined with Dutch brick which is (clear from its name) a regional brick which was used to create a different architectural look (and also for ballast in British boats), Dutch bond is also a style of laying bricks in which " the vertical joints of the stretchers in any course are in line with the centres of the first stretchers above and below." as here. VG+. 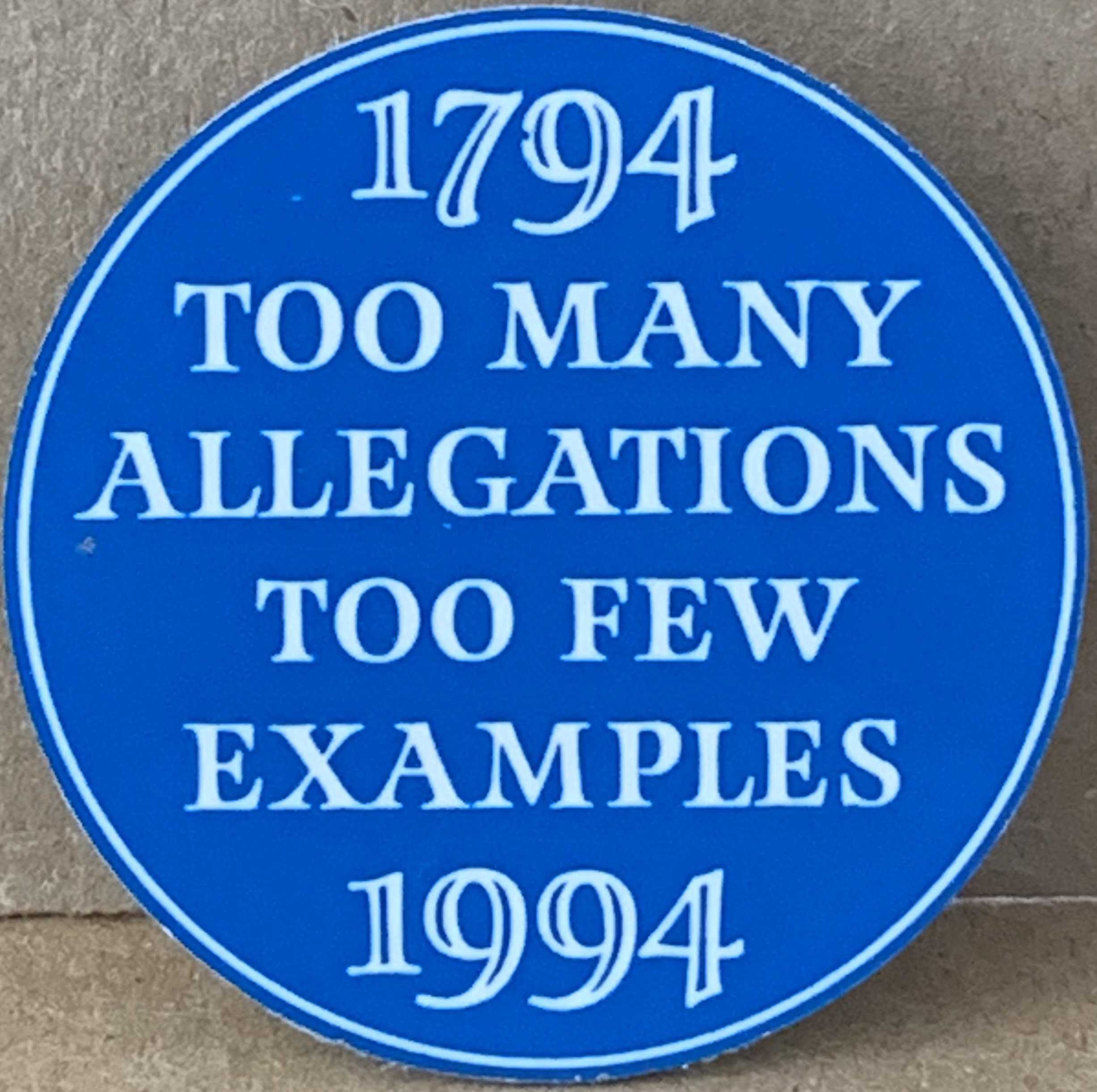 Little Sparta: Wild Hawthorn Press, 1994
5cm, dia. printed plastic with metal safety pin clasp. A lapel badge with the title text on it in blue on white. Issued in the year of the European elections the slogan alludes to Saint-Just's "Fewer laws, more examples" but with a twist - the "allegations" referred to seem to relate to the libel of Finlay by Catherine Millet and others who accused Finlay of being anti-Semitic (which was absurd and deliberately based on untruths and lies) and the lack of examples being the lack of evidence. Limitation not known. VG+> 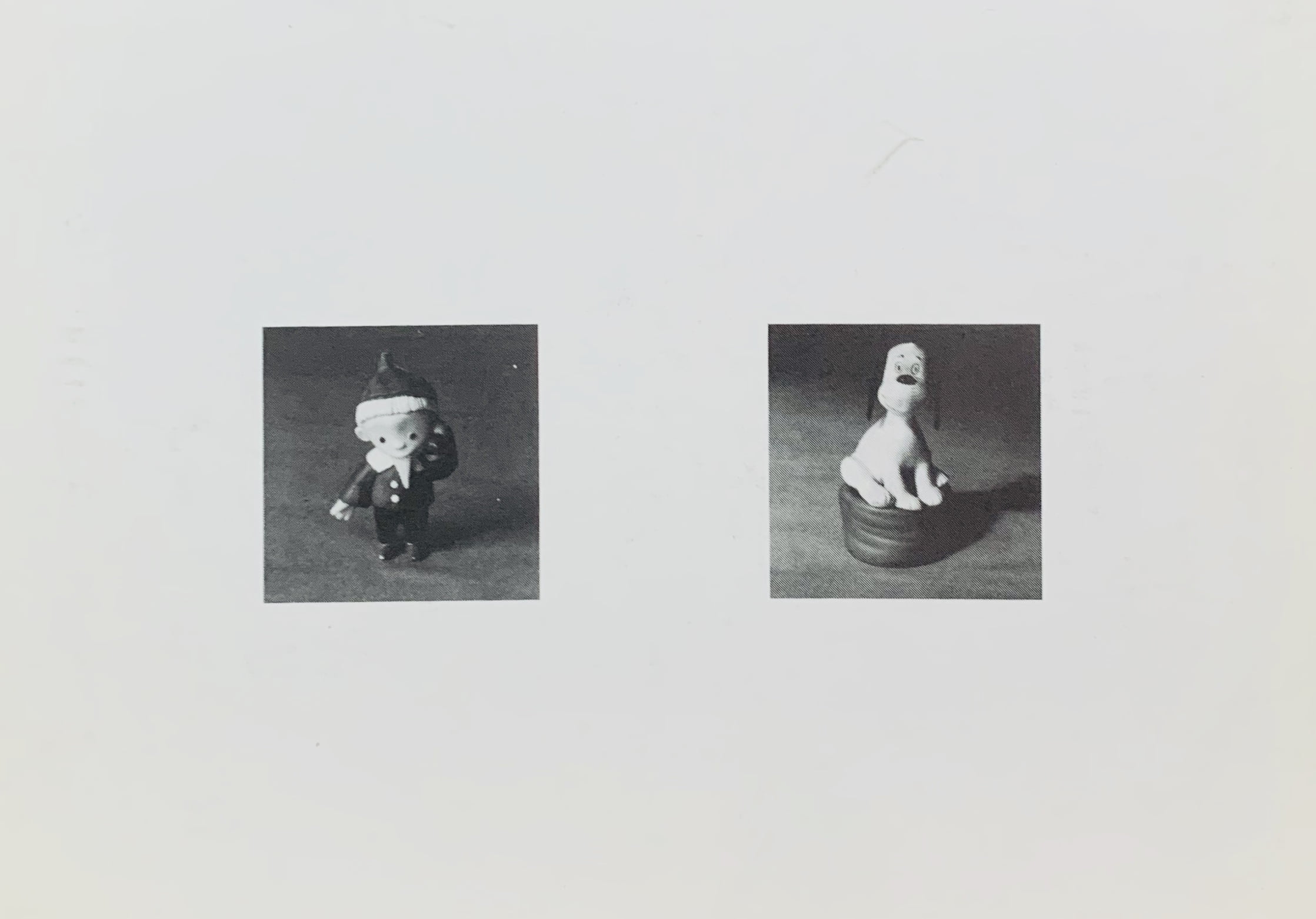