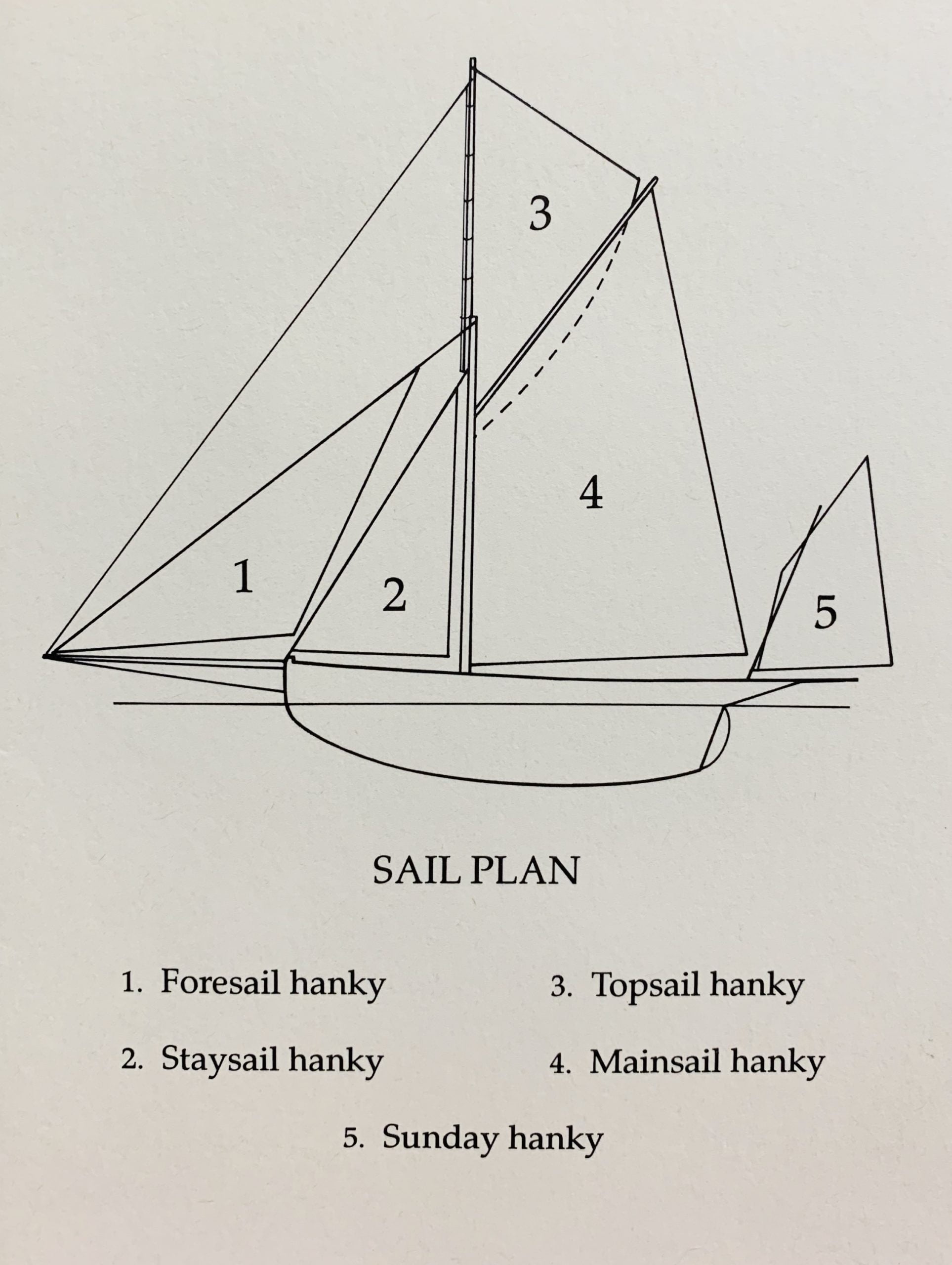 Posted at 10:47h in Artist's Postcards

Little Sparta: Wild Hawthorn Press, 1995
13.6 x 10.4cm, 4pp. A drawing by Gary Hincks of a fishing boat with five sails - each is numbered in the "plan" and are all denoted as being made from a "hanky" - namely, Foresale, Topsail, Staysail and Mainsail hankies but the fifth is denoted as Sunday Hanky.
The "hankies" clearly mark out this boat as a toy model and the final sail is something of an oddity in sailing in that it is not that an important element in the rigging. As such - like a Sunday Hanky - only shown during important events, it is an adornment rather than functional. VG+. 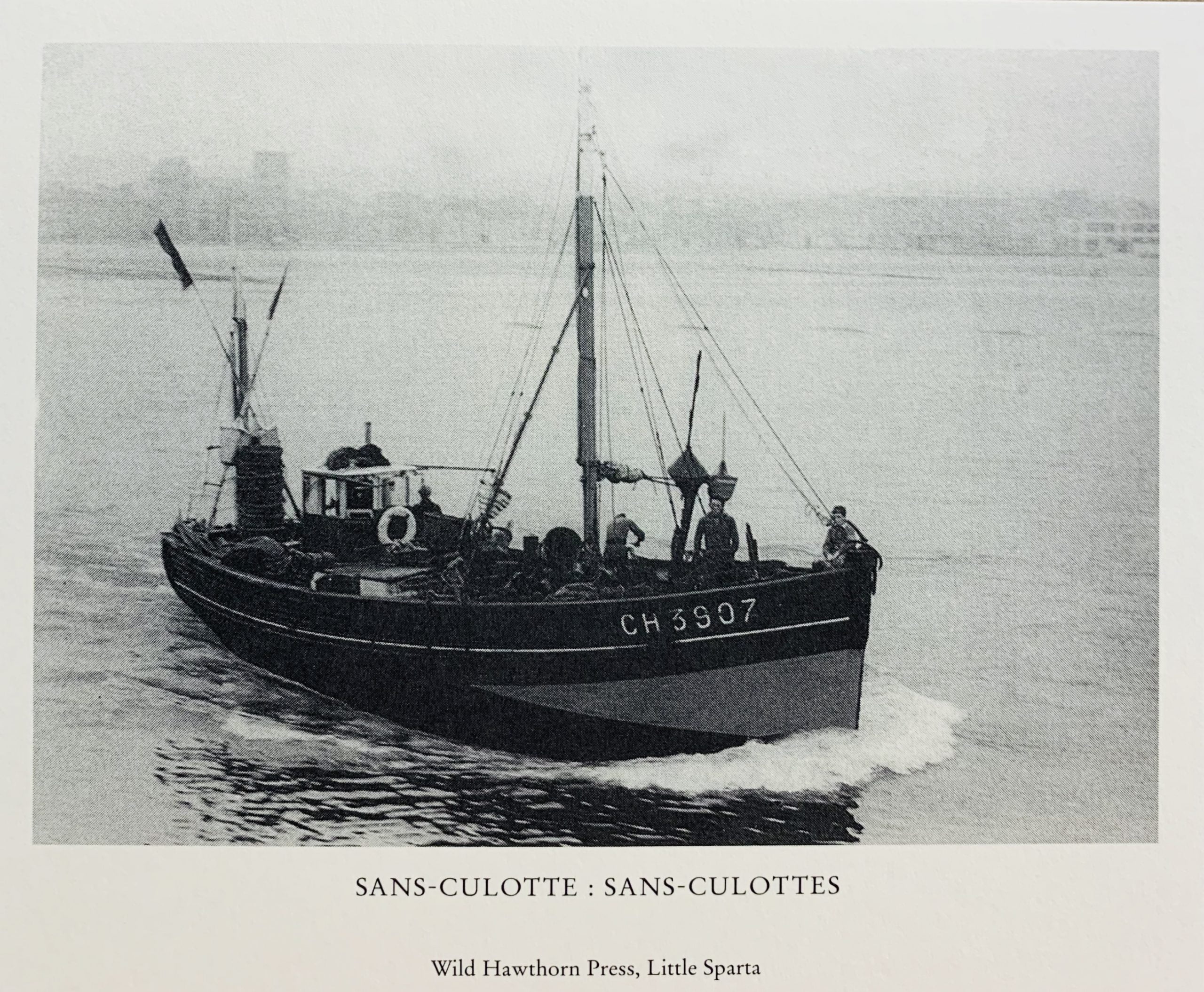 Posted at 10:18h in Artist's Postcards

Little Sparta: Wild Hawthorn Press, 1995
14 x 11cm, 1pp. he card reproduced a vintage photograph of a small three sailed boat and crew - CH.8619 - returning home with masts down after fishing (an image of the same boat that Finlay used in the 1994 FLIRT) and the text "SANS-CULOTTE: SANS-CULOTTES" beneath it.
The sans-culottes were the great mass of the people during the 18th century and a motive force in the late years of the French revolution: the nickname meaning they did not have breechs (because of poverty).
This is an image of a working trawler - representing the proletarian masses in some sense, and with the sails down they are metaphorically also without breeches. VG+.