Little Sparta: Wild Hawthorn Press, 1996
9 x 9cm, 8pp plus card wrappers. Artist's book which shows abstracted images of sails with different colours and shapes of the reef ropes (the ties that allow sails to be pulled together to reduce the area hitting the wind. On the double pages here, the paper becomes the sail. These were also prints issued by Finlay and also an exhibition. VG+. 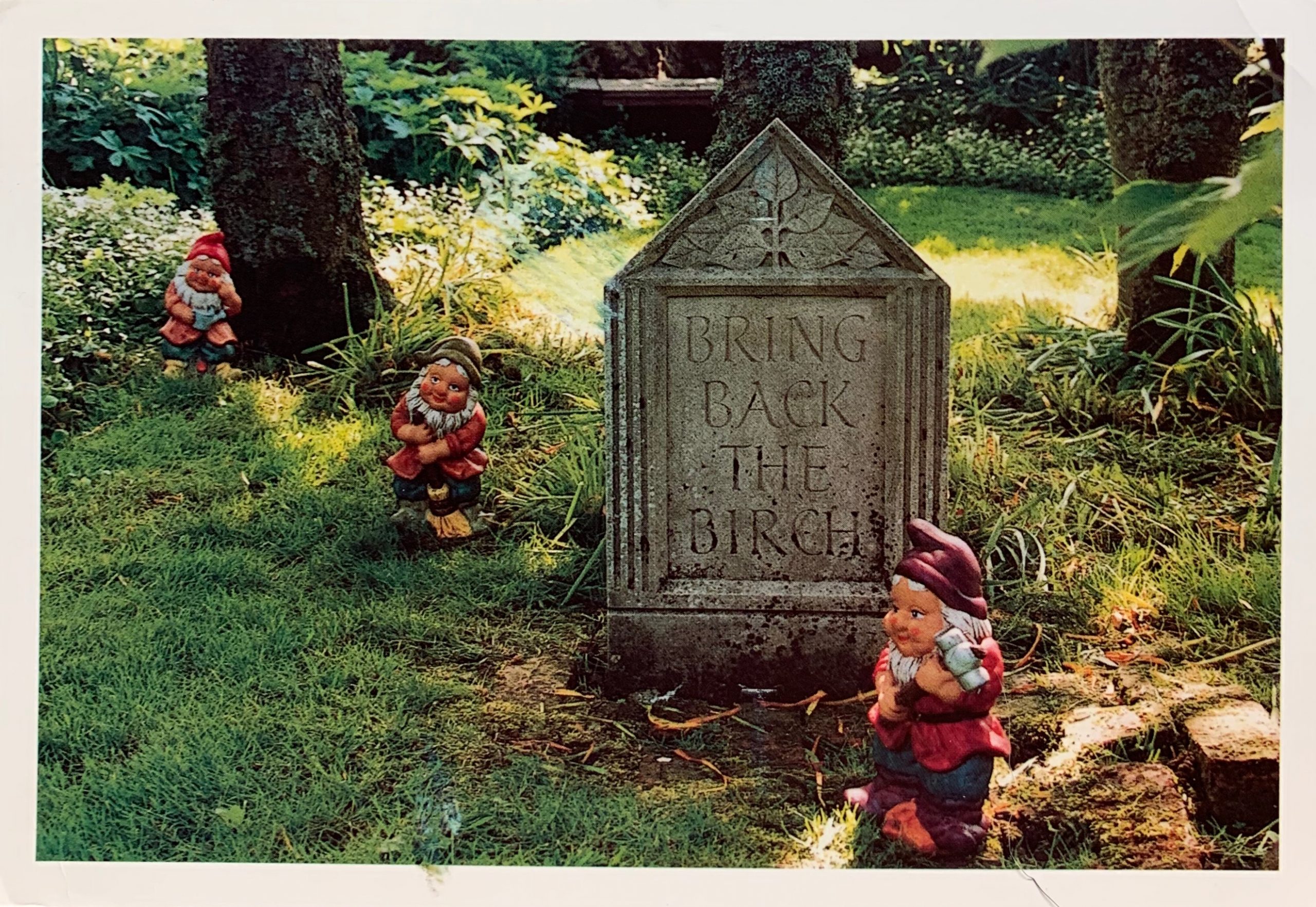 Posted at 16:09h in Artist's Postcards

Little Sparta: Wild Hawthorn Press, 1996
10 x 14.5cm, 1pp, full colour artist's card with a photograph of Little Sparta where garden gnomes (which are not usually found in Finlay's garden) are next to a gravestone sculpture that calls to "Bring back the birch". The slogan "Bring back the birch" was a right-wing law and order slogan now not so often heard demanding the return of corporal punishment (whipping using a birch branch) but also is a call by Finlay to re-establish the birch tree in Scotland. An usually humorous card. This example is hand addressed to Janet Boulton and posted with franks and stamps. VG+. 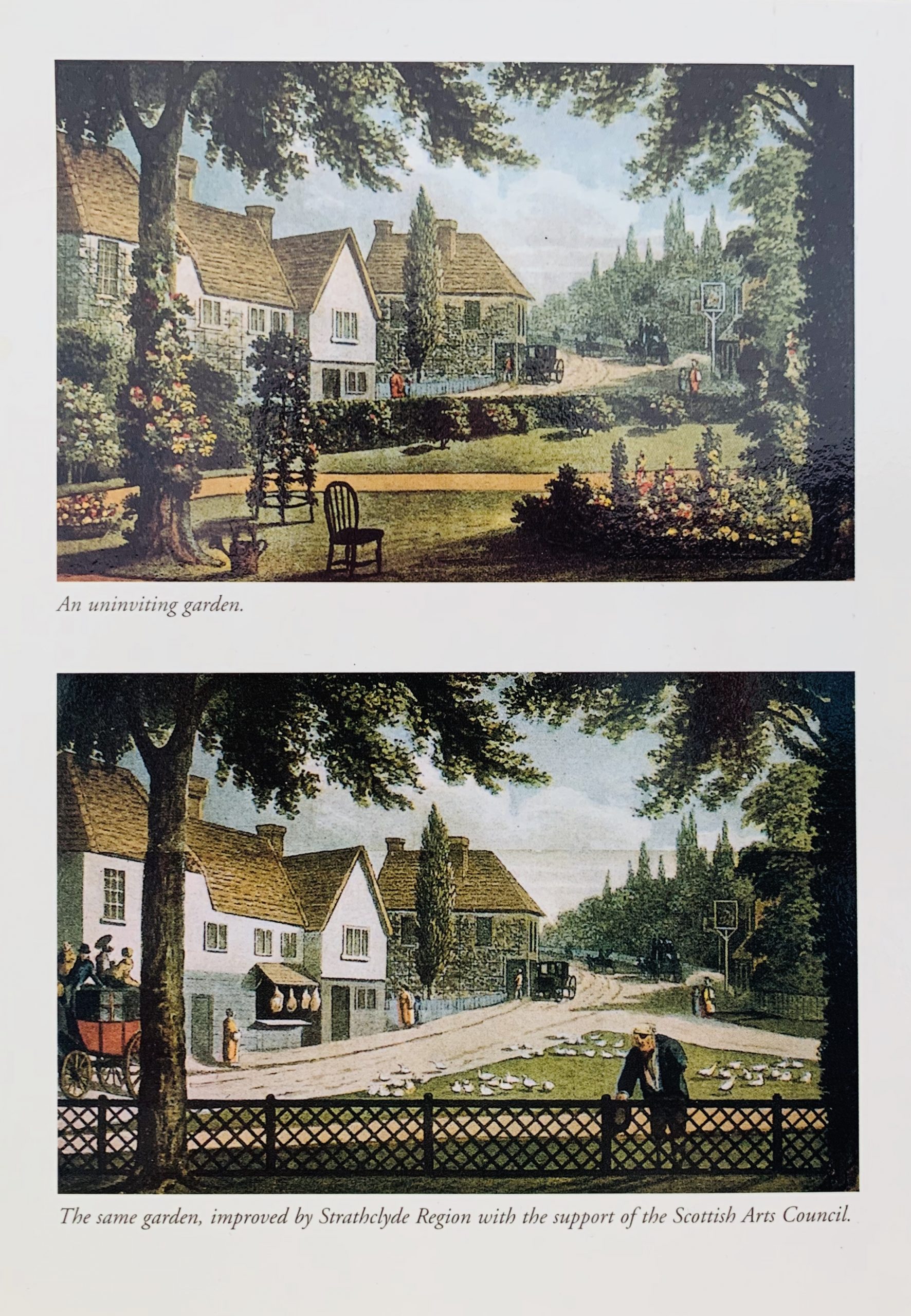 14 May AN UNINVITING GARDEN. 1996. HAND ADDRESSED BY FINLAY.

Posted at 14:14h in Artist's Postcards

Little Sparta: Wild Hawthorn Press, 1996
9.9 x 8.2cm, 2pp. Two paintings of the same village are reproduced, the first is labelled "an uninviting garden" despite being perfectly pleasant. The second photo-manipulated version of the same painting but elements have been taken away (flowers on the tree and in the grass and bushes) and other elements added (a pirate like figure, shops, a flock of birds on the grass, a carousing group of people in a coach) underneath this less appealing scene is the text "The same garden, improved by Strathclyde Region with the support of the Scottish Art Council".
Another attack on his enemies by Finlay.
This example of the card is hand addressed by Finlay to Janet Boulton. VG+. 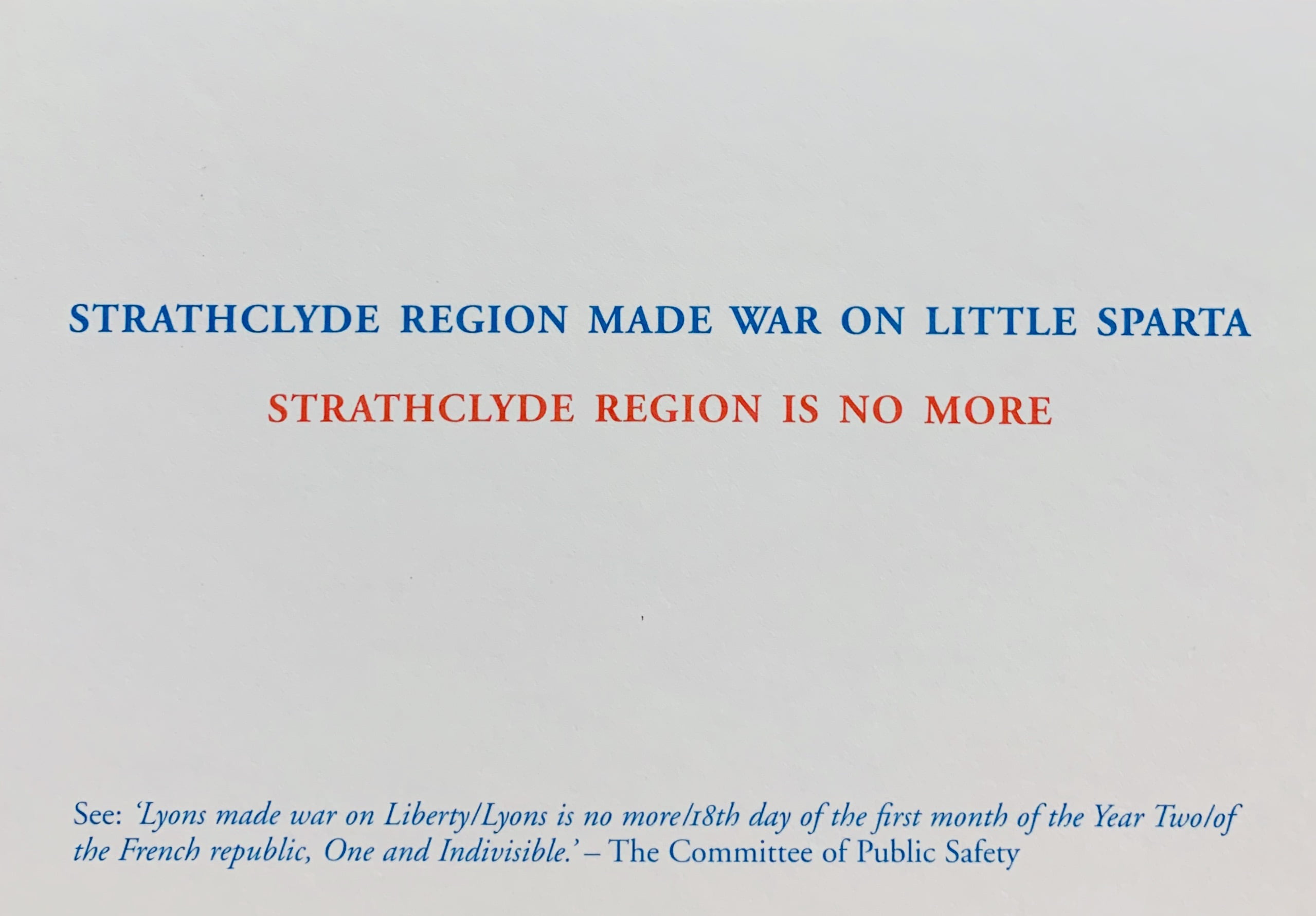 Posted at 16:05h in Artist's Postcards

Little Sparta: Wild Hawthorn Press, 1996
10.2 x 14.6cm, 2pp artist's card. The card gloats at the demise (due to local government reorganisation) of his enemy Strathclyde Region by altering a phrase from the French revolution "Lyons made war on Liberty/Lyons is no more" which refers to the revolt against Paris that was put down by violent force. VG+. 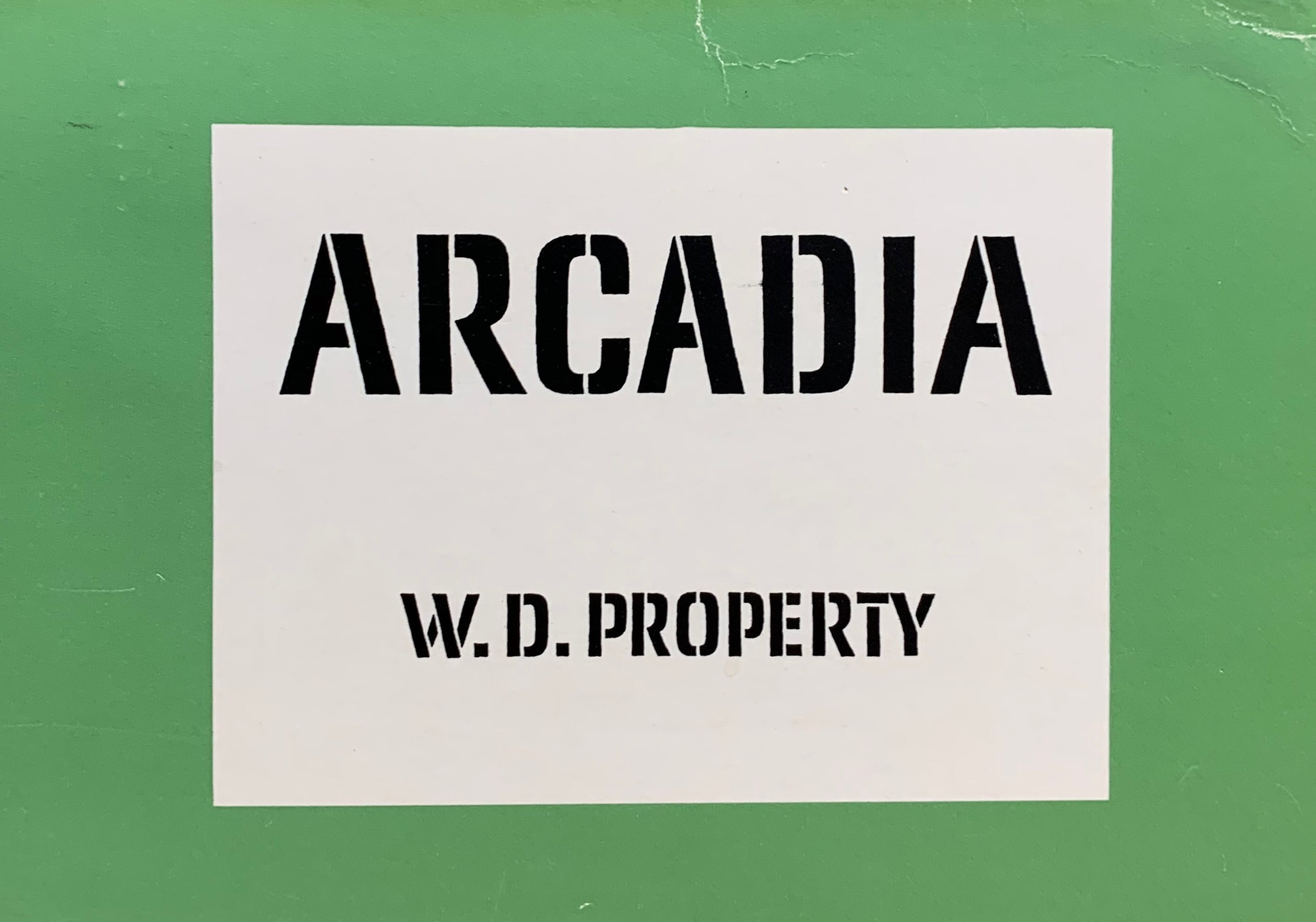 Posted at 16:00h in Artist's Postcards

Little Sparta: Wild Hawthorn Press, 1996
10.6 x 15cm, 2pp artist's card. The front of the card has a fake notice that Arcadia is now W.D. (War Department - an old designation not used in 1996) and on the reverse an announcement that "following the action taken by Strathclyde Region, the Garden, Little Sparta will be closed to the public during 1996." This card was hand addressed to Janet Boulton and mailed to her else VG+.