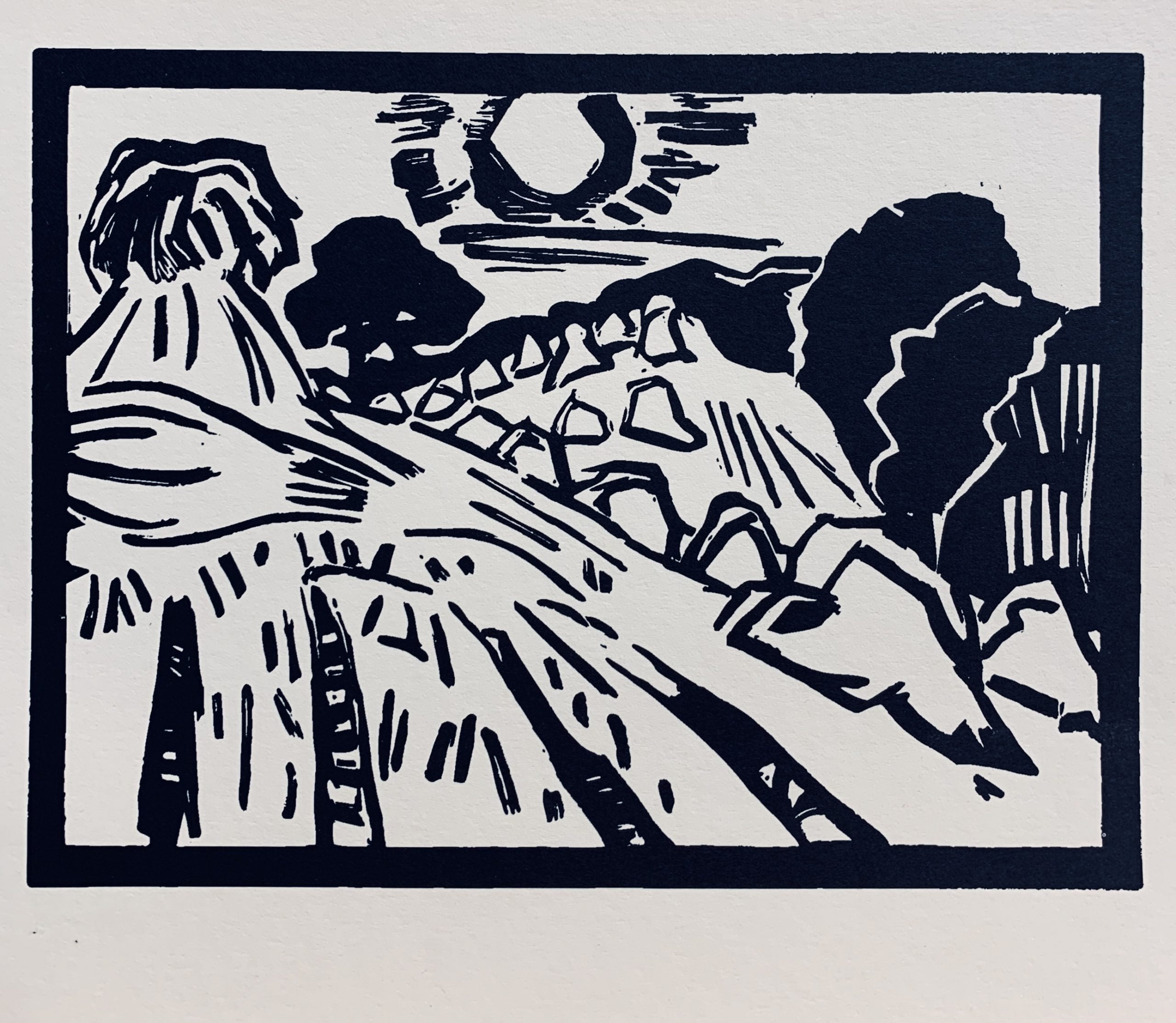 Posted at 09:45h in Artist's Postcards

Little Sparta: Wild Hawthorn Press, 1997
17.5 x 20.4cm, 4pp, card printed black on cream with the internal text with a landscape linocut by Jo Hincks.
Internally there is a text:

K S-R
Everything has been turned into wood and shaped with an axe till it roughly resembles itself. Wooden roads, wooden colours, wooden suns, wooden pine-needles. A wooden field with wooden stoocks like sails on a sea.

K. S-R. is Karl Schmidt-Rottluff the German expressionist who formed the Die Brücke group. Late in his life he made almost exclusively landscape paintings that reflected his angular style (which looks much like the unsubtle edges of woodcuts). VG+. 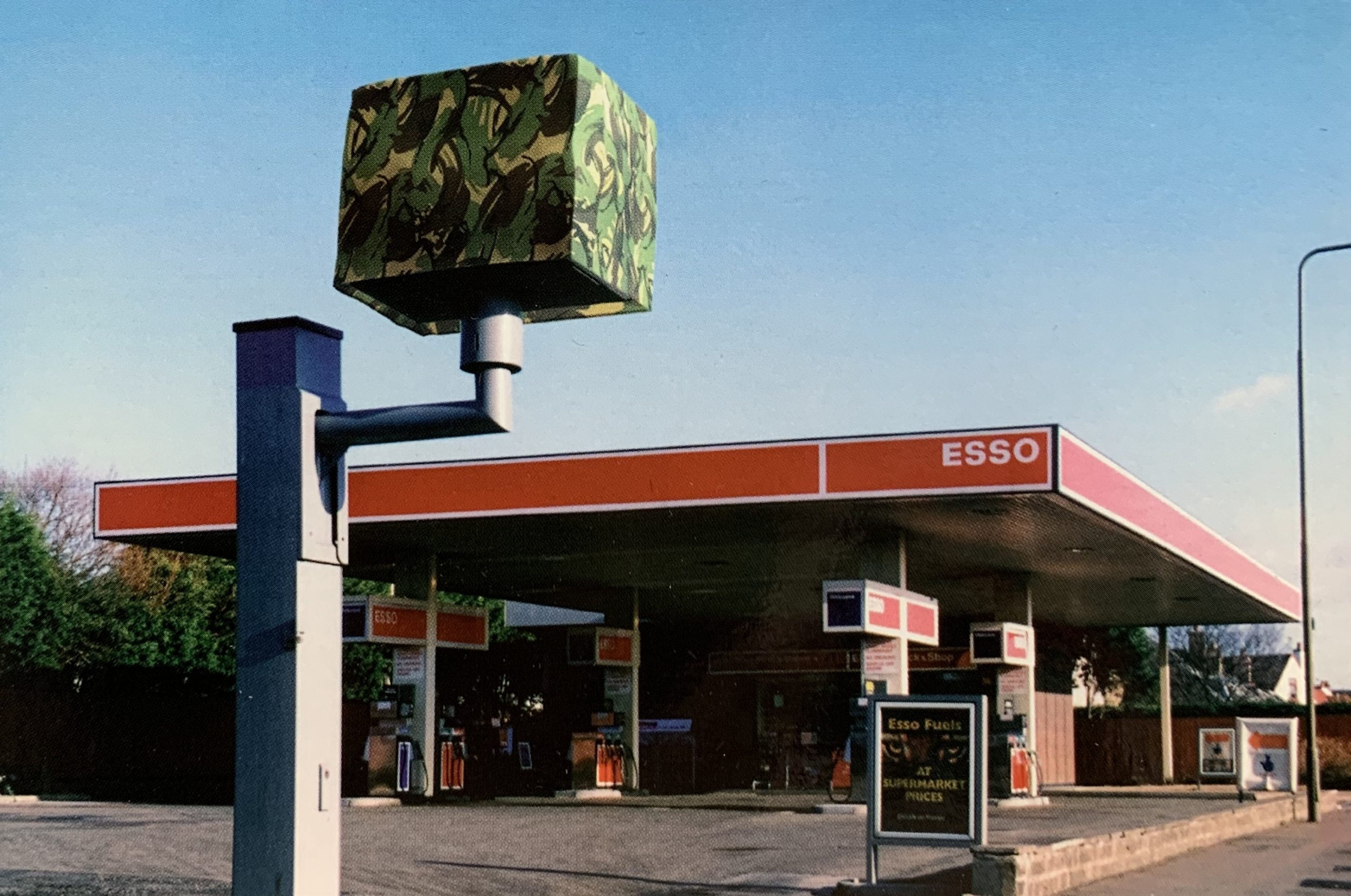 Posted at 23:06h in David Bellingham

Glasgow: Wax366, 1997
10.5 x 15cm, 2pp artist postcard with a colour photograph of a British speed camera which has been painted in camouflage colours on the front. Jointly created with Jim Hamlyn. VG+.

Posted at 17:54h in Invitation Cards

Posted at 09:26h in Invitation Cards

12 Sep A PROPOSAL FOR THE GROUNDS OF THE SERPENTINE GALLERY. 1997.

Little Sparta: Wild Hawthorn Press, 1997
11 x 22cm, 20pp plus two fold outs and leaf patterned boards with tipped on label. A proposal for the grounds of London's Serpentine Gallery which consisted of semi-circle of 8 benches with plaques and a single central plaque in the Meadow Area. The texts are all translations from Vigil talking of a distant view - but each translation takes on different nuances of the original. Translations are by Finlay himself with Jessie Sheeler, Samuel Palmer, C Day Lewis, W F Jackson Knight, Harry Gilonis, John Caryll, and Charles Calverley. Virgil's own Latin quotation is also present on the final bench.
A further plaque again quotes Virgil: "Home, goats, home, replete, the evening star is coming." - a quotation that in which one recognises aspects of Finlay's most famous work - "Evening will come, they sew the blue sail."
A massive carved circular paving stone is also proposed to be placed at the entrance to the gallery listing the latin names of trees that are found near to the gallery. Lettering was drawn by Peter Coates and Andrew Whittle. Maps and cover paper by Gary Hincks.

Posted at 09:38h in Artist's Postcards

Little Sparta: Wild Hawthorn Press, 1997
8.4 x 9cm, single folded card printed black on brown with the internal text : "FOLDING THE LAST SAIL". The card colour is reminiscent of certain sails that take on their colour from the oils that are used to keep them flexible. The act of folding a sail to store it away or sometimes to wrap a dead body in it is reflected in the folding of the card. This work is after an earlier work by Thomas A. Clark and Laurie Clark. VG+. 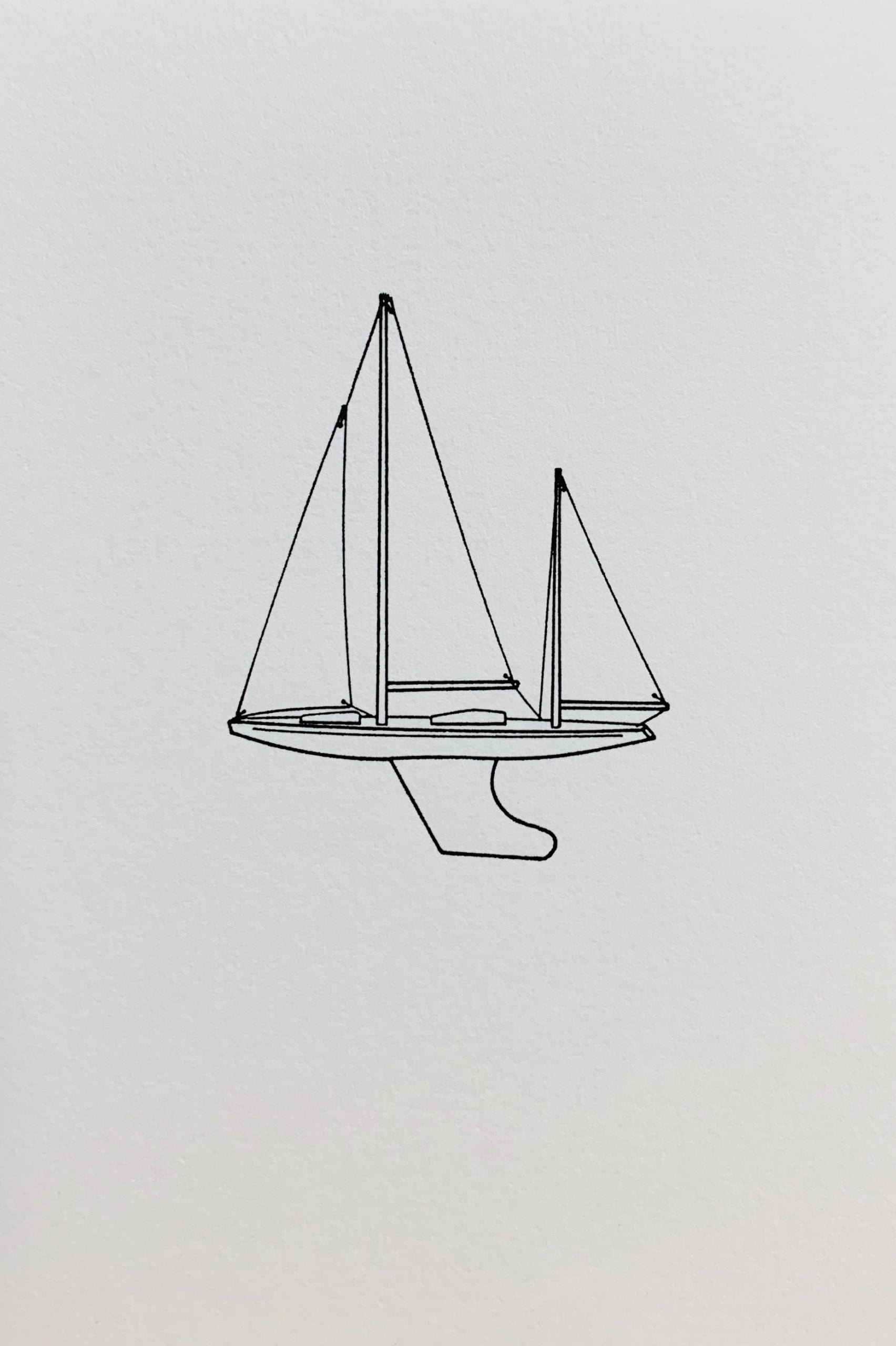 Posted at 09:33h in Artist's Postcards

Little Sparta: Wild Hawthorn Press, 1997
14.8 x 10cm, single folded sheet to create a 4pp card with a drawing by Gary Hincks of a model boat, Inside Finlay describes a model sailboat on chair, propped amongst cushions with a tape-machine playing the sound of wind, rain and ocean waves. The "event" is a conceptual sailing. VG+.