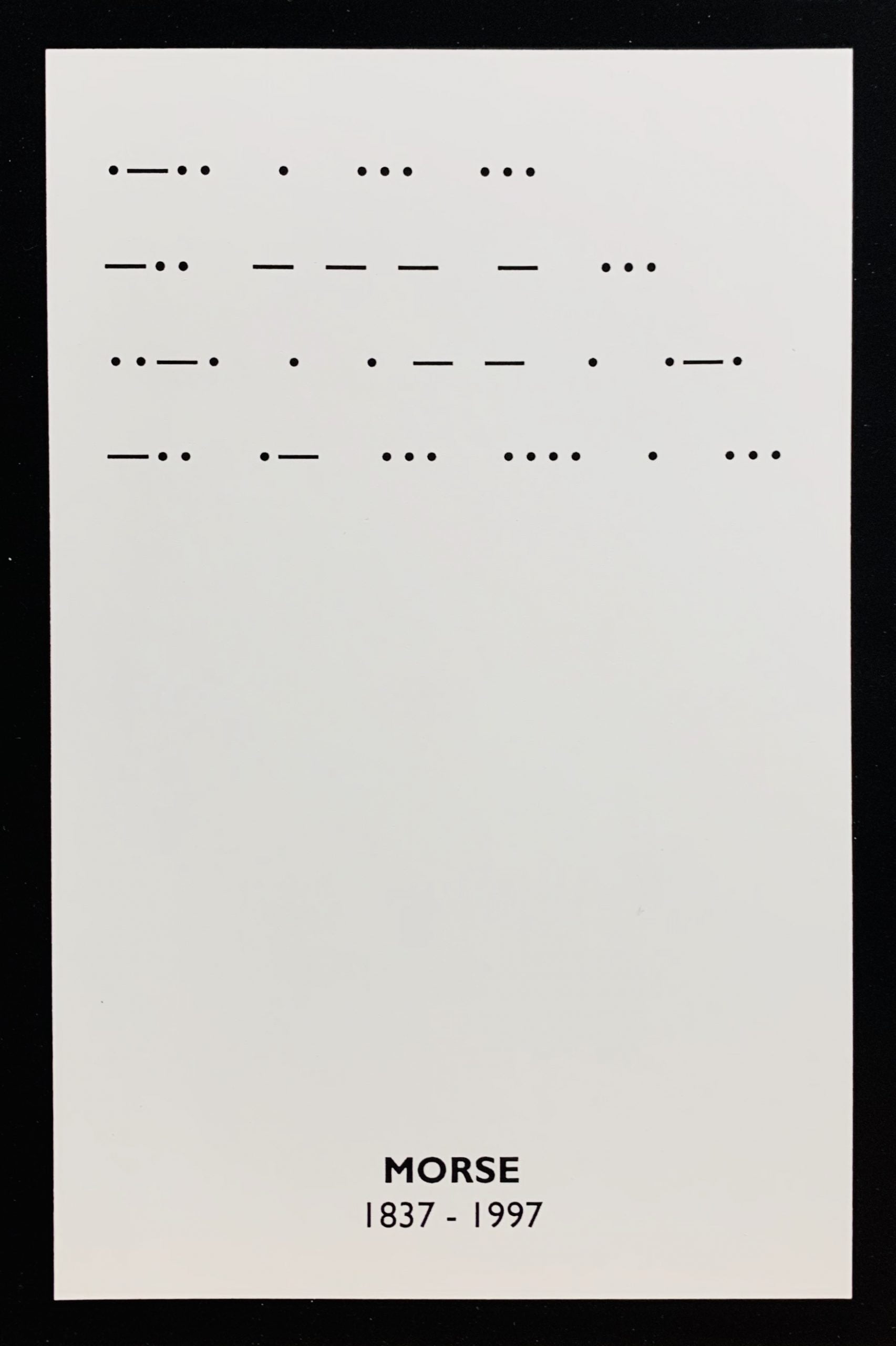 Posted at 09:22h in David Bellingham

Glasgow: WAX336, 1997
15 x 10.5cm, 2pp. Artist's card with a morse code message on the front and on the back the explanation that it reads: "Less dots, fewer dashes". Issued on the occasion of the H.M. Coastguard ceasing monitoring Morse transmissions on 31st December 1997. VG+.

München: Süddeutsche Zeitung, 1997
One part printed folder (black on blue) content of a 30 x 21cm, 92pp colour magazine. Artist’s book which was created annually by the newspaper for its Sunday supplement here dedicated to Christian Boltanski. Long essay text in German and many colour reproductions of works. The cover of the magazine has a tipped on card label printed with the text "Verloren in Munchen". VG+ in like folder and there is an ex libris "From the Library of Anthony d'Offey" on the inside of the folder. Not in any catalogue raisonne.

Munich: Boltanski/Haus der Kunst, 1997
Medium size green felt hat in the Bavarian traditional style (also known as Tyrolean) with two metal and enamel badges pinned on and bird feathers in a metal clasp in the braided cord headband.
This item was "found" in the Munich Underground Lost & Found offices and appropriated by Boltanski as a readymade artwork - a strategy which Boltanski had used before in various cities including Glasgow in 1993. Two cardboard labels (commonly used in Lost & Found Offices) are stamped with the title VERLOREN IN MUNCHEN (Lost in Munich) and one is signed by Boltanski in ink as the certificate for the work. The hat had been used in the exhibition prior being offered to sale where other "lost" items were exhibited.
In VG+ condition given that the item was previously lost on the underground. Unique within an unknown number of items sold as works after the exhibition.

Posted at 10:15h in Artist's Postcards

The card notes the boat names of drifters which being boys names are indeed "characteristic" as well as typical of the time. The phrase "Tom, Dick or Harry" is from an idiom - any Tom, Dick, or Harry", meaning anyone thus making the naming convention universal. This card is almost an object multiple but we have decided to retain it in this catalogue as an artist's card. VG+.