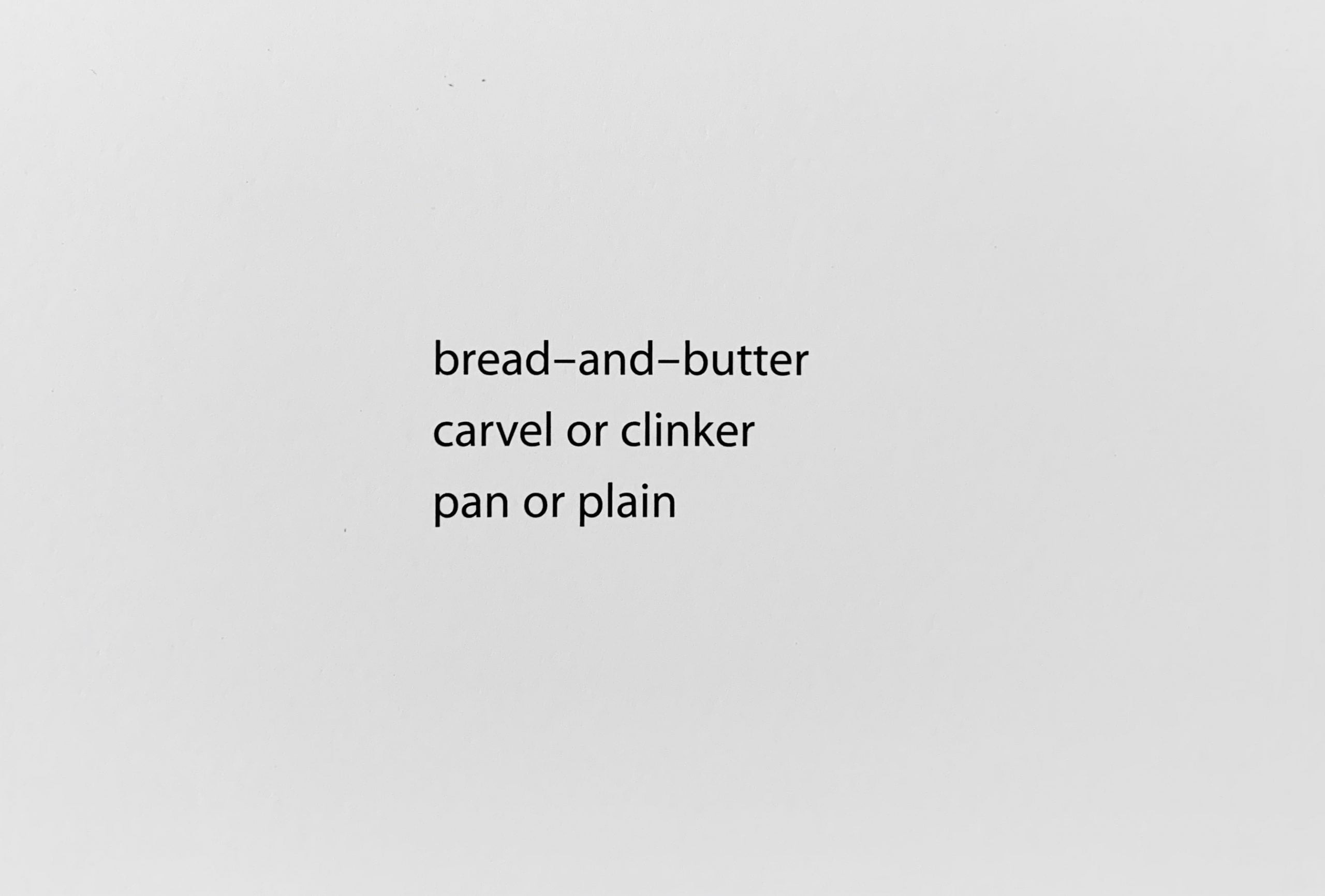 Posted at 17:23h in Artist's Postcards

The first two alternatives are choices between hull types, the last a choice between ways of making bread in Scotland (which refers back to the first of the pairings. By the way plain bread is much nicer than the pan. VG+. 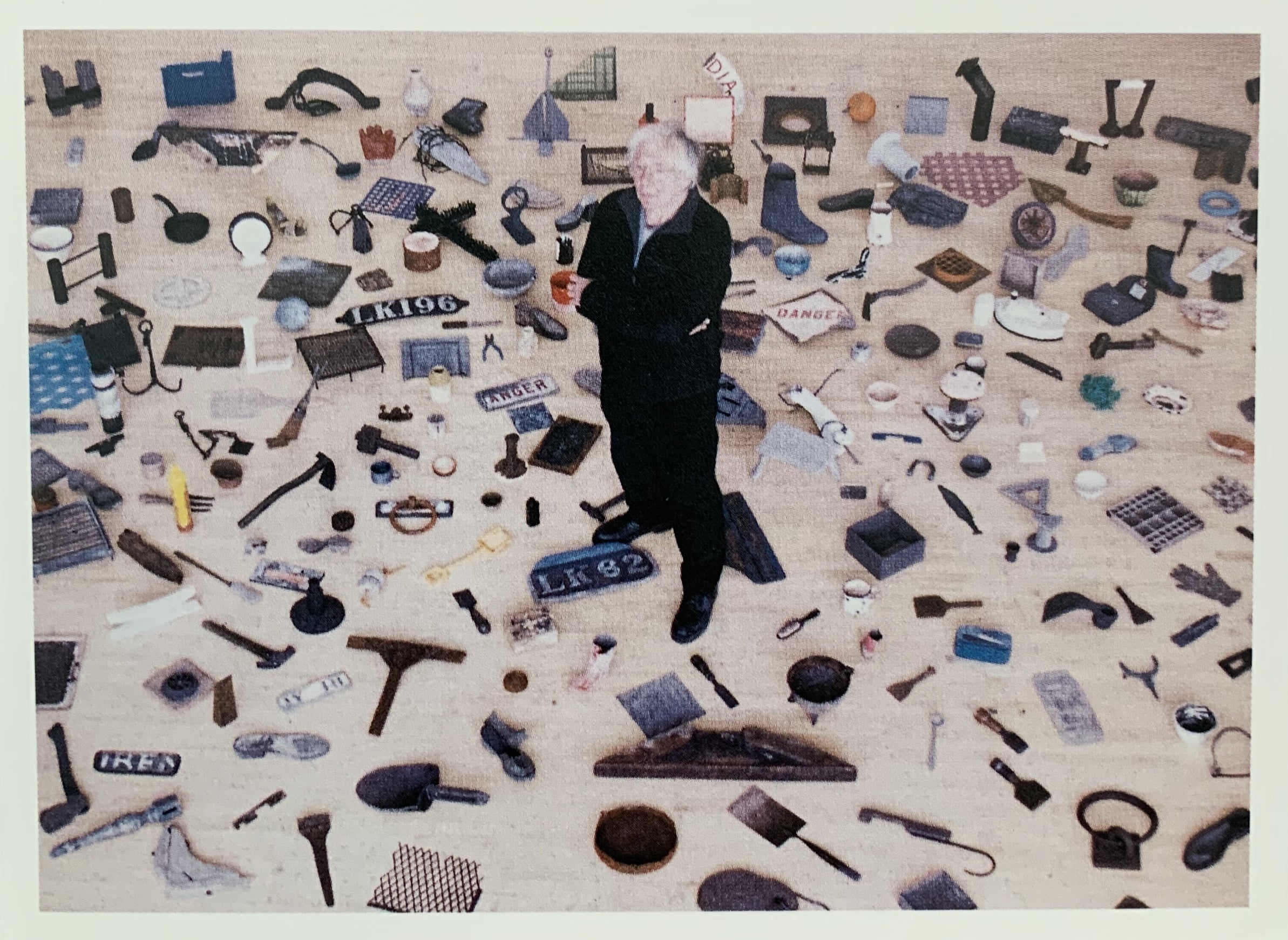 Posted at 17:18h in Artist's Postcards

Little Sparta: Wild Hawthorn Press, 1998
9.2 x 12.6cm, 4pp card with a colour photograph of a collection of marine artefacts collated by Robert Callender. The title of the card being a double meaning of both good news and of items found at low tide. VG+.

Posted at 16:50h in Artist's Postcards

Little Sparta: Wild Hawthorn Press, 1997
5.4 x 13.4cm,8pp card (concertina folded from the top) with three drawings of battleships by Gary Hincks. The three are Ajax, Exeter and Achilles. These were the three ships that attacked the German Graf Spee at the Battle of Little Plate and while losing the battle in many ways, forced the larger ship to flee under smoke. The attack was herioc and Finlay compares the attack to Greek attacks in the Iliad where Ajax and Achilles are main characters. VG+.