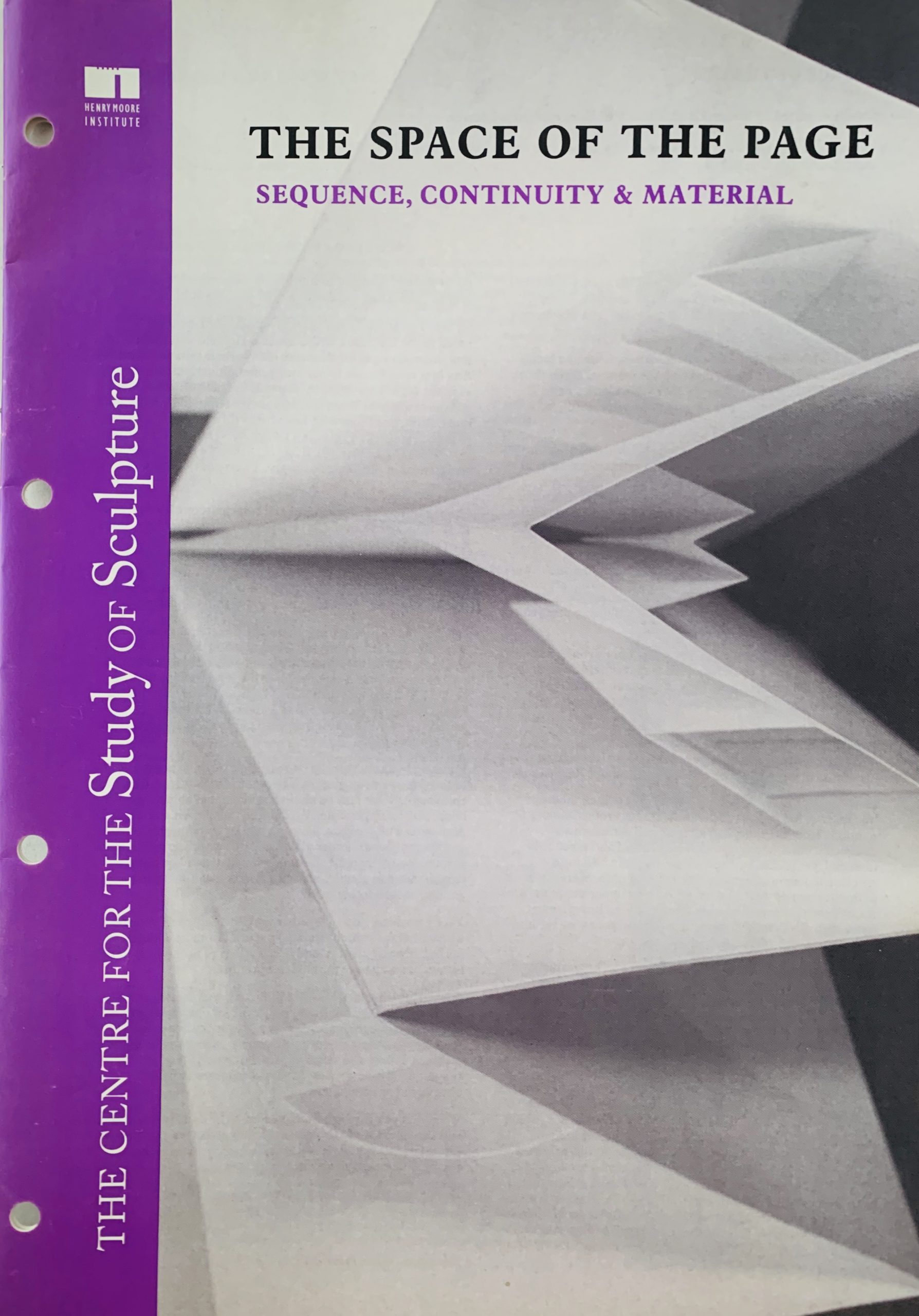 Posted at 15:40h in Exhibition Catalogues

Leeds: Henry Moore Institute, 1977
30 x 21cm, 16pp (self cover). Exhibition catalogue for a show of artist's books curated by Simon Cutts, Erica Cutts and John Janssen. Nine of Finlay's books are included and illustrated in the catalogue. Punched as issued for storage else VG+. 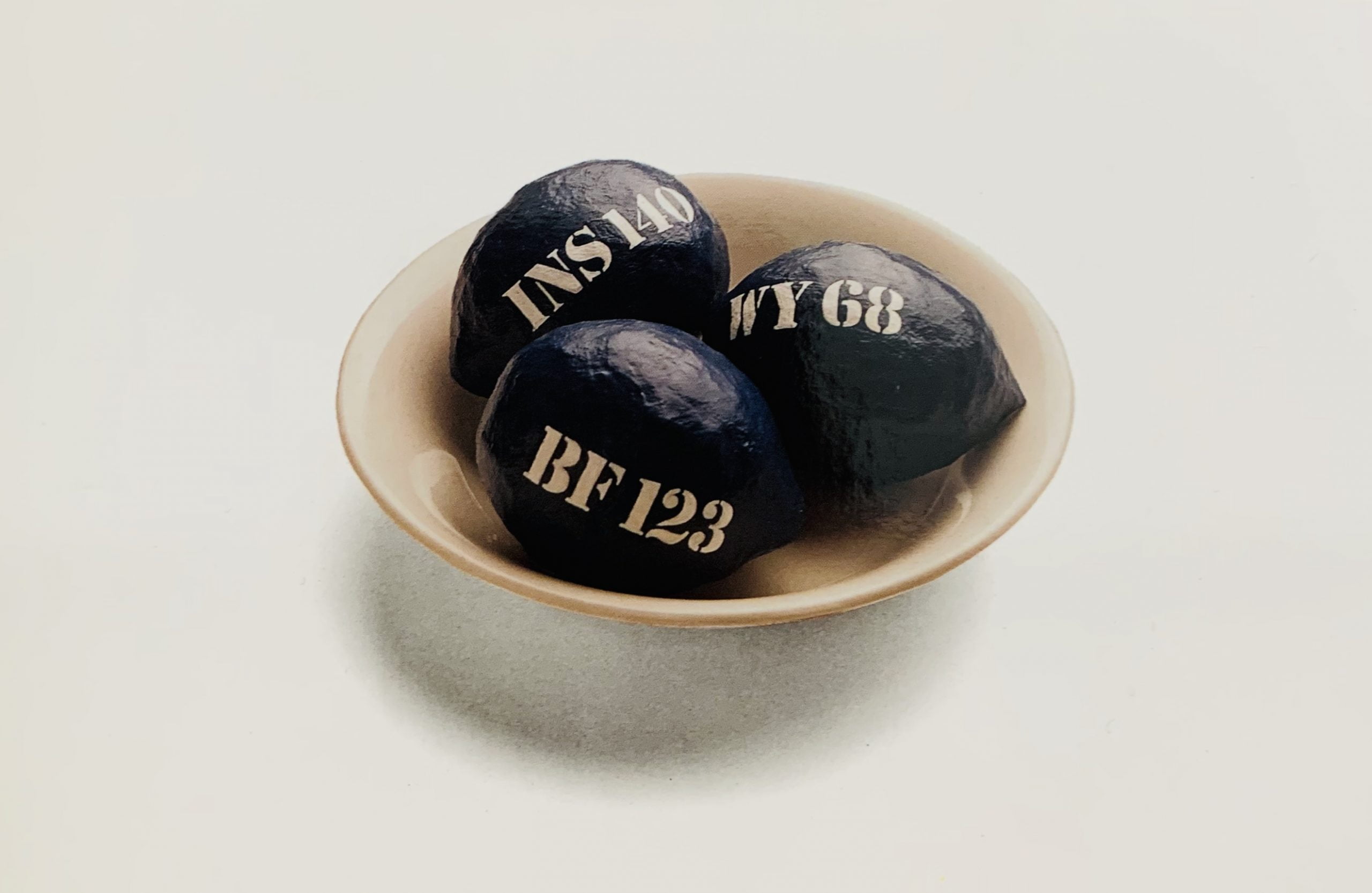 Posted at 21:18h in Artist's Postcards

Little Sparta: Wild Hawthorn Press, 1998
10 x 15cm, 2pp artist's postcard with a colour photograph by Robin Gillanders of a sculpture by Jo Hincks of three lemons in a bowl but each is painted blue and has a boat number on it. Finlay has often used the shape of lemons to indicate a boat and here in a bowl they are representative of being in a harbour.
This card has a hand-written note from Finlay (to Janet Boulton) which says "Don't know if you saw this before? Love Ian" in blue pen. VG+. 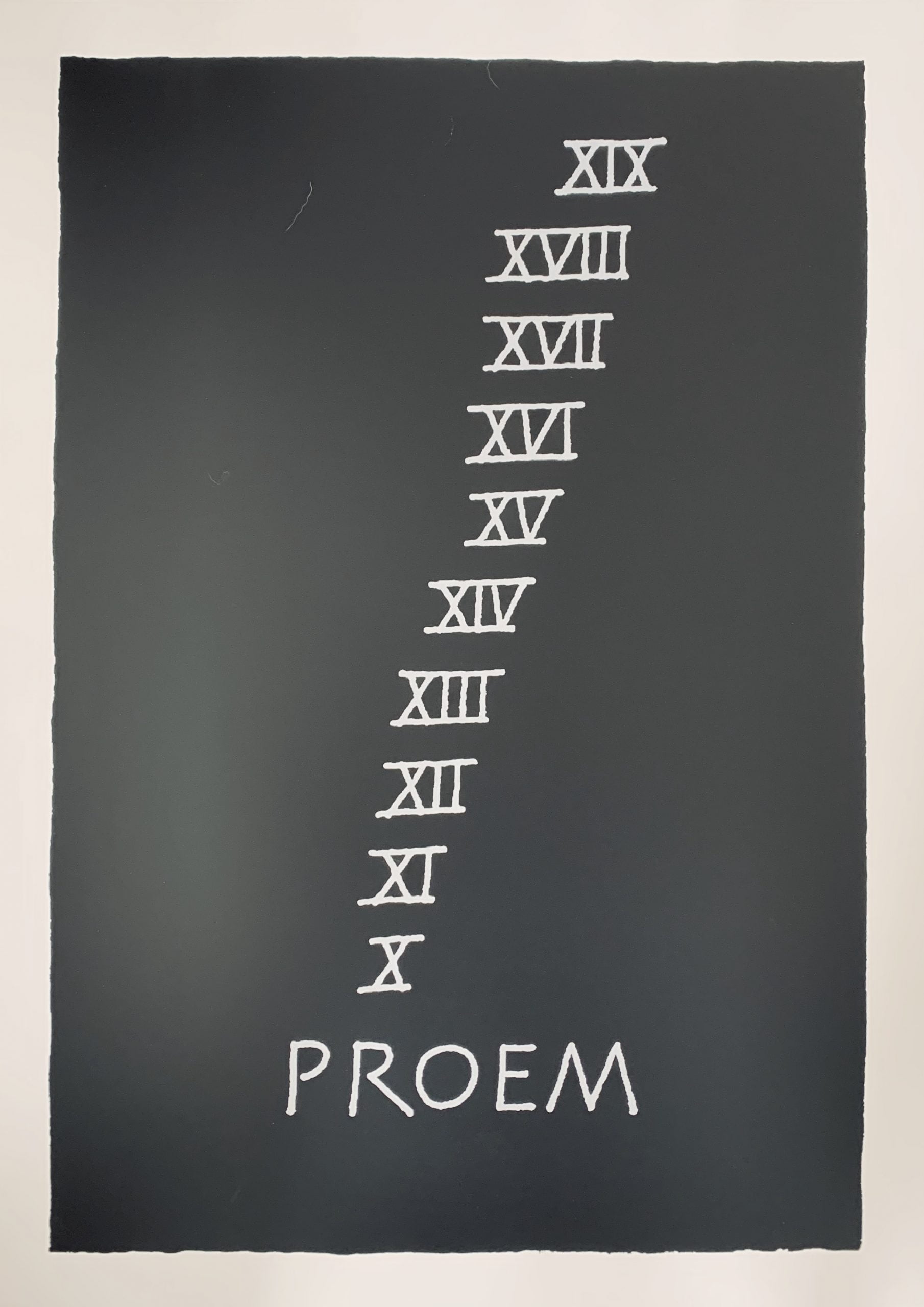 Little Sparta: Wild Hawthorn Press, 1998
88 x 63cm, black silkscreen on white paper - the image by Ron Costley is of the prow of a boat with the usual ballast level markings in the form of Roman numerals staggered to indicate the leading edge of the ship. At the bottom is the word PROEM in similar typography. A proem is a preface or preamble to a book or speech - thus the drawing of the front of the boat is a preamble to the larger work - the vessel.
This is one of a pair of prints both drawn by Costley - the other being a line drawing of the boat's prow with the same title. Only 150 examples of each were printed. VG+. 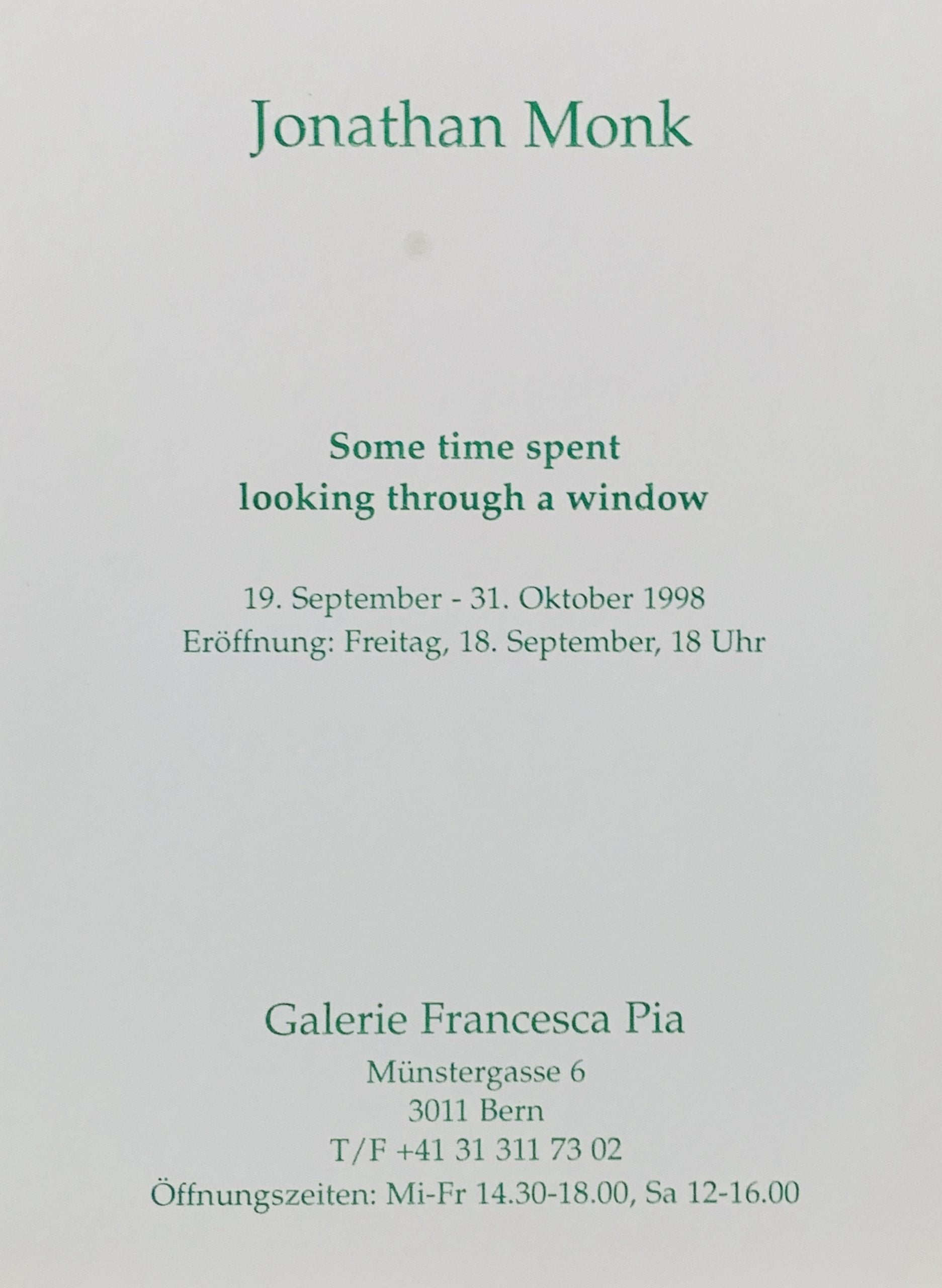 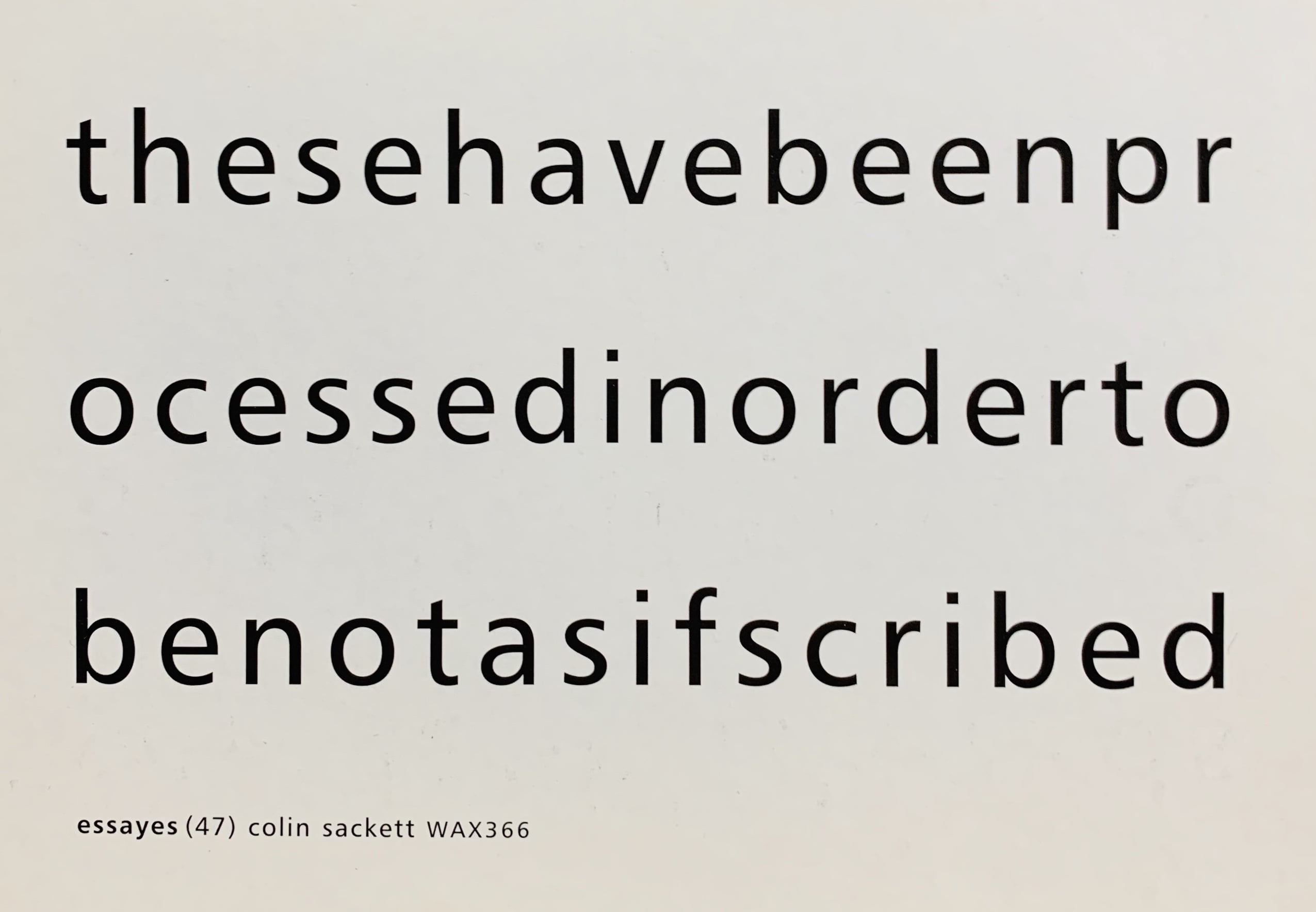 Posted at 11:36h in David Bellingham

Glasgow: Wax366, n.d.
10 x 14.5cm, 2pp artist's postcard with texts from Colin Sackett on both sides where the words are run together without spaces and in lower case. One is:
THESEHAVEBEENPROCESSEDINORDERTOBENOTASIFSCRIBED
and the other
SMALLALLBIRDSBIRDSALLFLYINGFLYINGFROMUOSMALLFROMUP 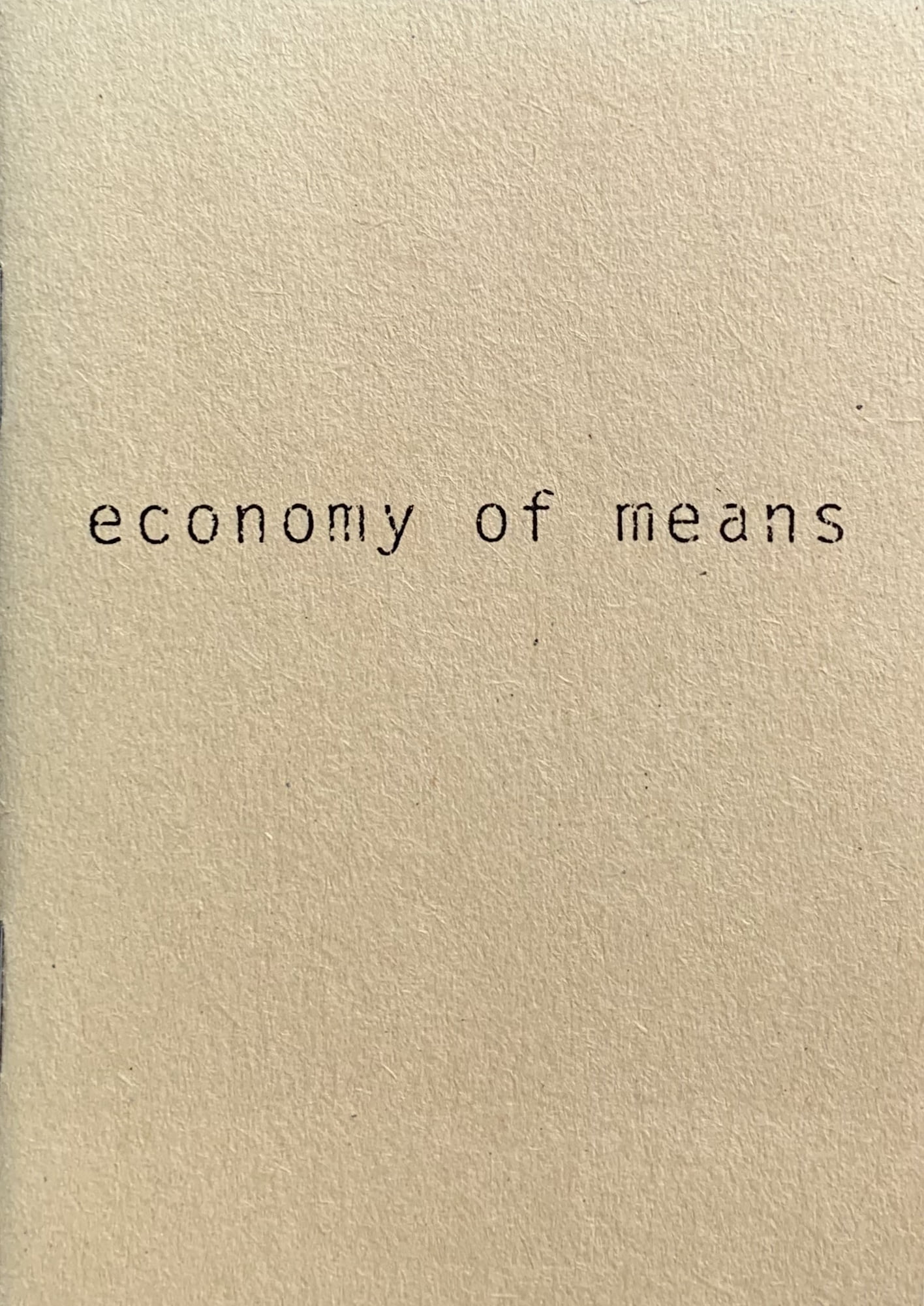 Posted at 11:56h in David Bellingham 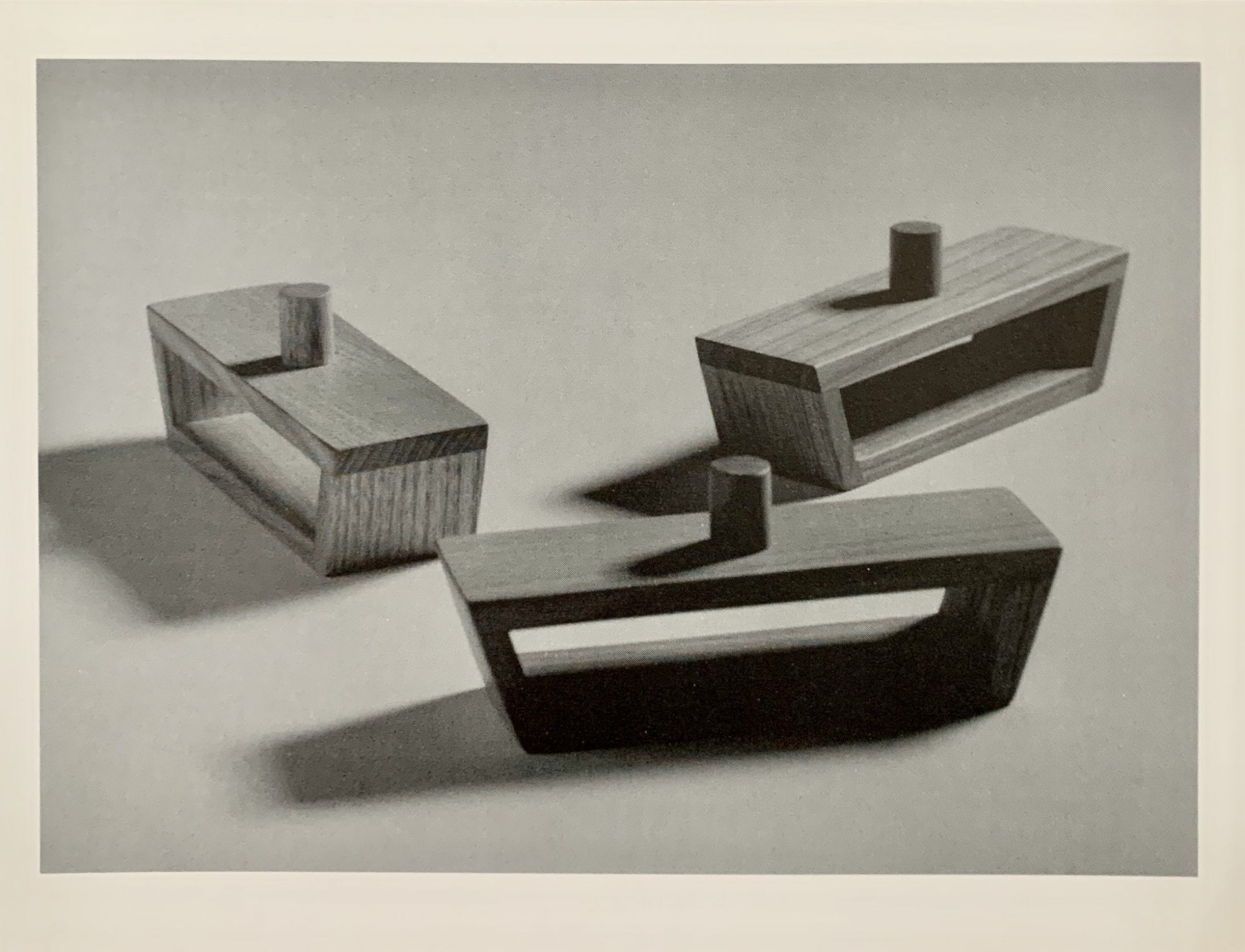 Posted at 21:14h in Artist's Postcards

Little Sparta: Wild Hawthorn Press, 1998
15.4 x 10.4cm, 10pp, leporello printed one side only with grey boards and tipped on title label. The book reproduces four b/w simplistic but dramatic drawings by Gary Hinks of the prow of a boat - BCK35, a modern fishing boat from Buckie in the Moray Firth named CALEDONIA III.
The title is a neologism made up of two words - Prow and Poem - and the drawings show various abstracted views of the boat's prow. The beauty of that curve appears to have attracted Finlay's attention as well as the coincidence of Poem/Prow.
Finlay also published prints and cards using Hincks' drawings. This is a VG example of a rather lovely book. 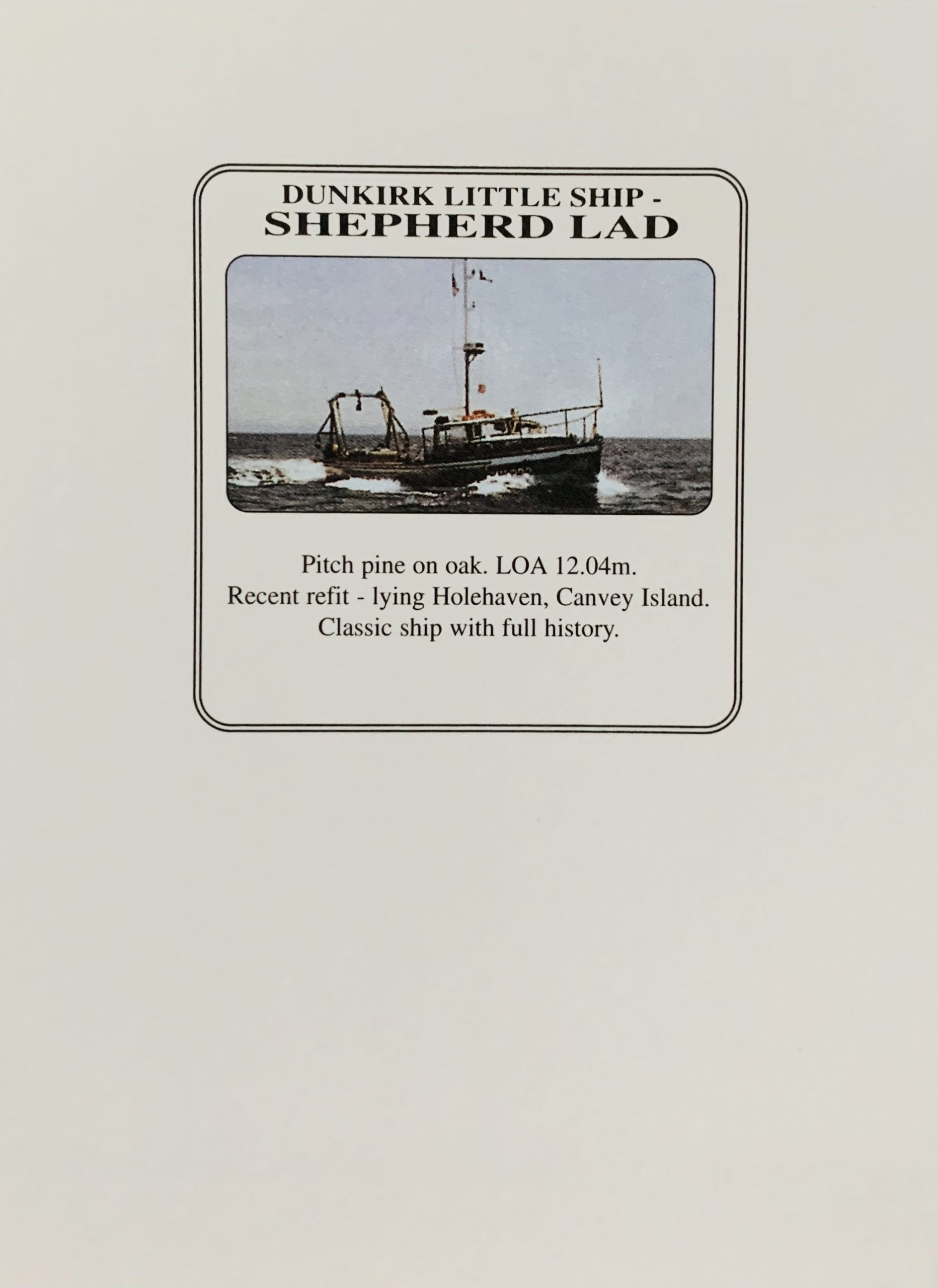 Posted at 21:09h in Artist's Postcards

Little Sparta: Wild Hawthorn Press, 1998
14 x 10.4cm, 1pp printed with an appropriated image of a Dunkirk Little Ship "Shepherd Lad" which is for sale. The bopat's image and profile are reproduced. Finlay had previously used this boat name in a tile and other works - and here he denotes the advert as a "eclogue" which is a short poem usually with a countryside theme. VG+. 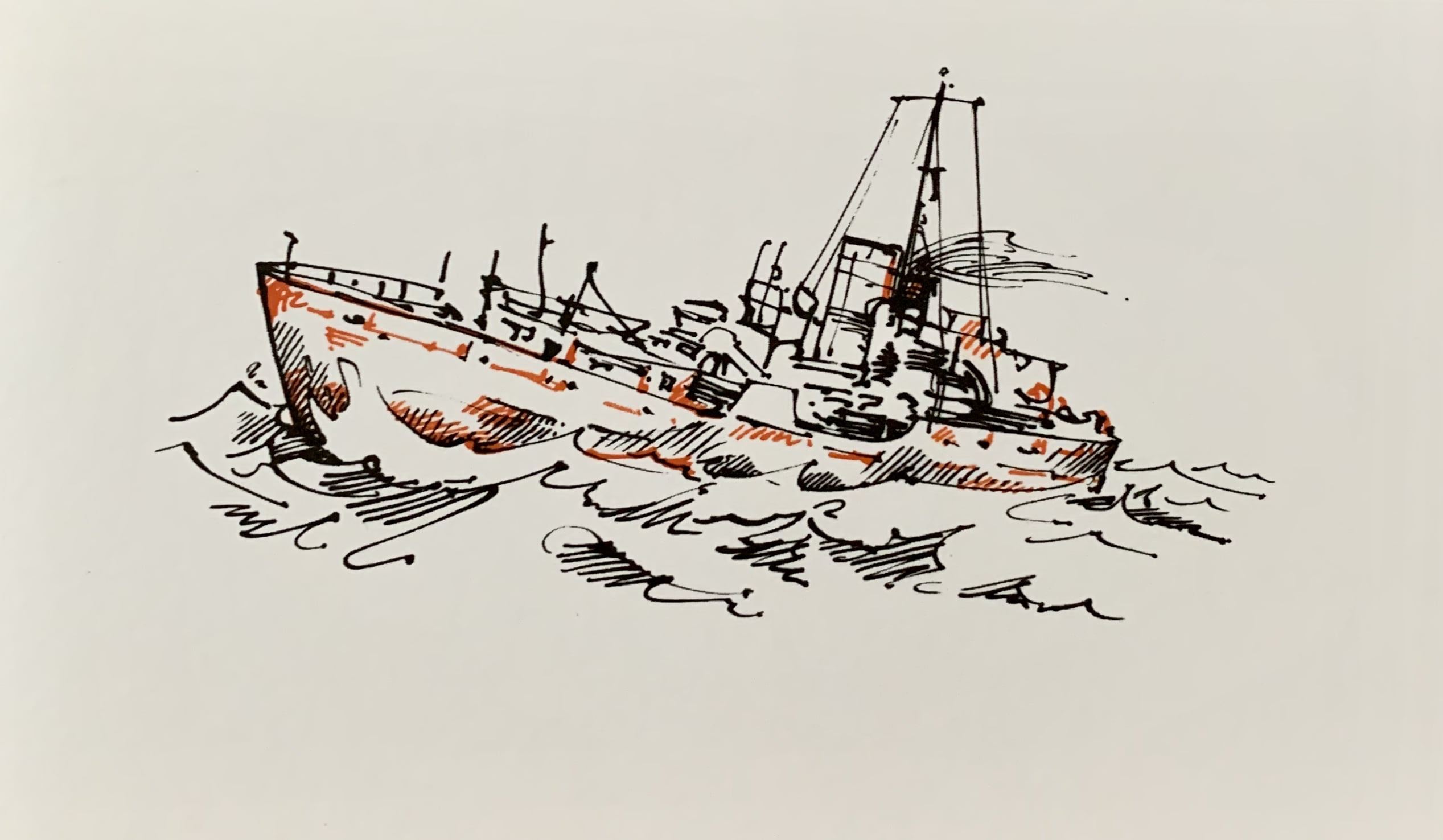 Posted at 21:04h in Artist's Postcards

Little Sparta: Wild Hawthorn Press, 1998
9 x 15.2cm, 4pp (assymetric fold) artist's card printed orange black on white with a drawing of a "rusty corvettes at sea by Gary Hincks. This was one of the flower class battleships that were deployed in the second world war and hence Finlay notes it as a "rusted flower" - a mignonette which are often red in wet October. VG+. 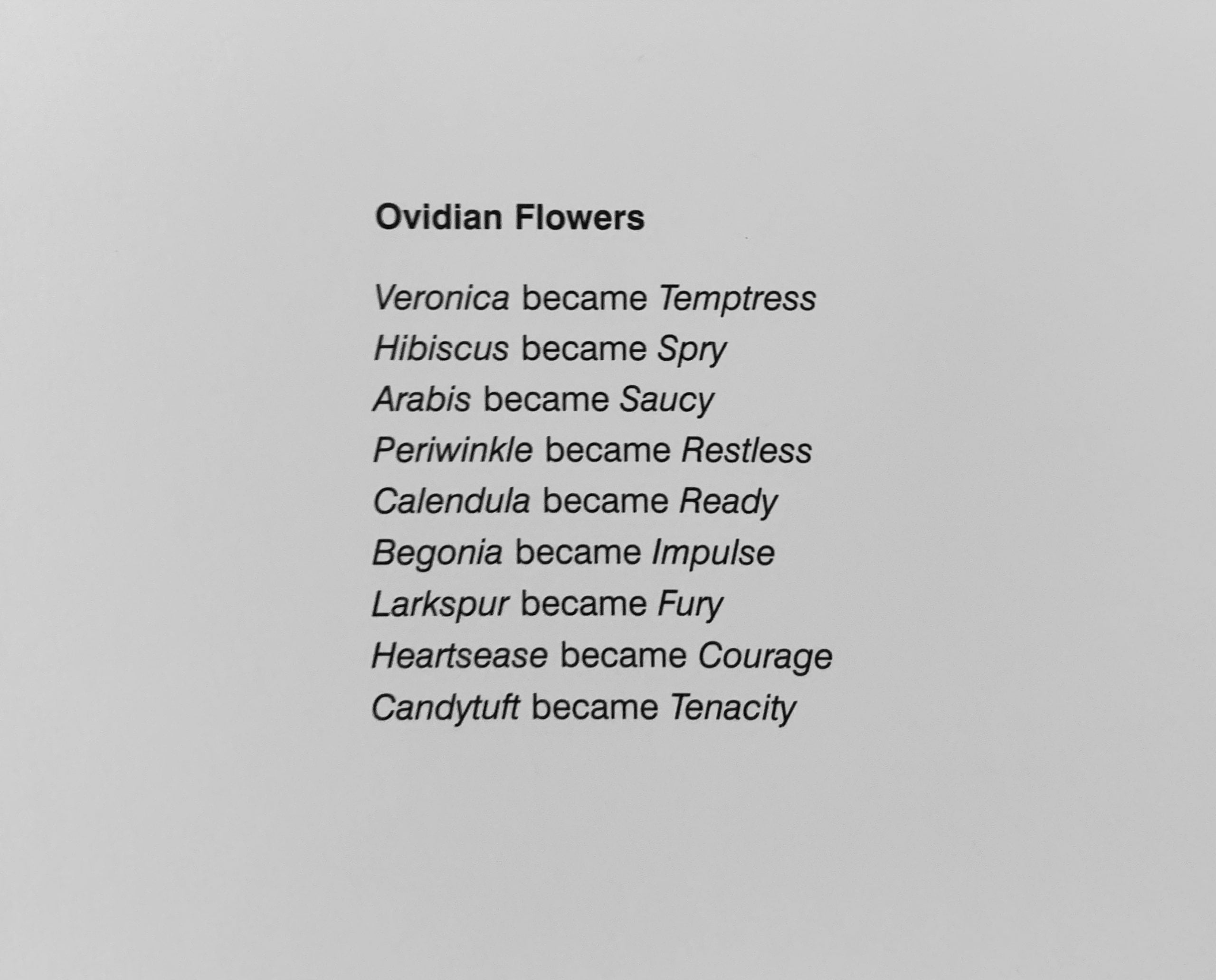 Posted at 20:58h in Artist's Postcards

Little Sparta: Wild Hawthorn Press, 1998
10 x 12.5cm, 4pp artist's card printed black on white with a list of the "Flower-class" corvettes that were loaned to the USA after 1942 the ship names (all named after flowers) were changed to be more in keeping with US naming conventions. These ships were therefore changed into different things much as all of the heroes and things in Ovid's Metamophoses were. Hence the title of the card. VG+. 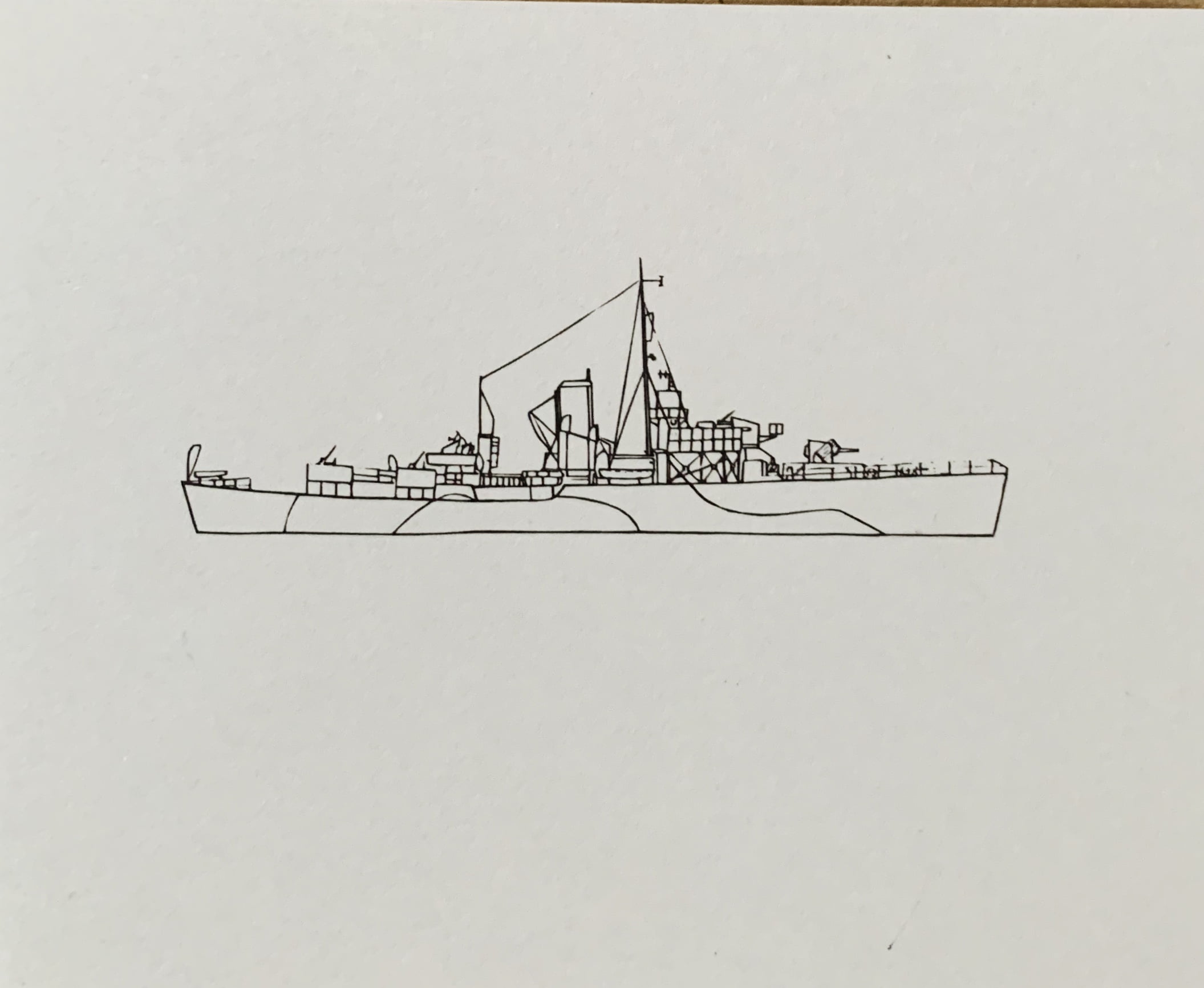 Posted at 20:42h in Artist's Postcards

Little Sparta: Wild Hawthorn Press, 1998
8 x 10cm, 4pp artist's card printed black on grey with a drawing of a battleship by Gary Hincks
Inside the card Finlay notes the participants of the "Battle of the Flowers" in 1941/1942 - Loosestrife, Larkspur, Balm.
There were 294 "Flower-class" corvettes engaged in the second world war all of which had names of flowers, the first two here both were involved in the Battle of the Atlantic and the third boar was never actually commissioned - Finlay has this name noted as "(cancelled)". Finlay returned time and time again to this naming convention for the battleships in cards and prints because of its use of the names of a wide number of blooms. VG+.