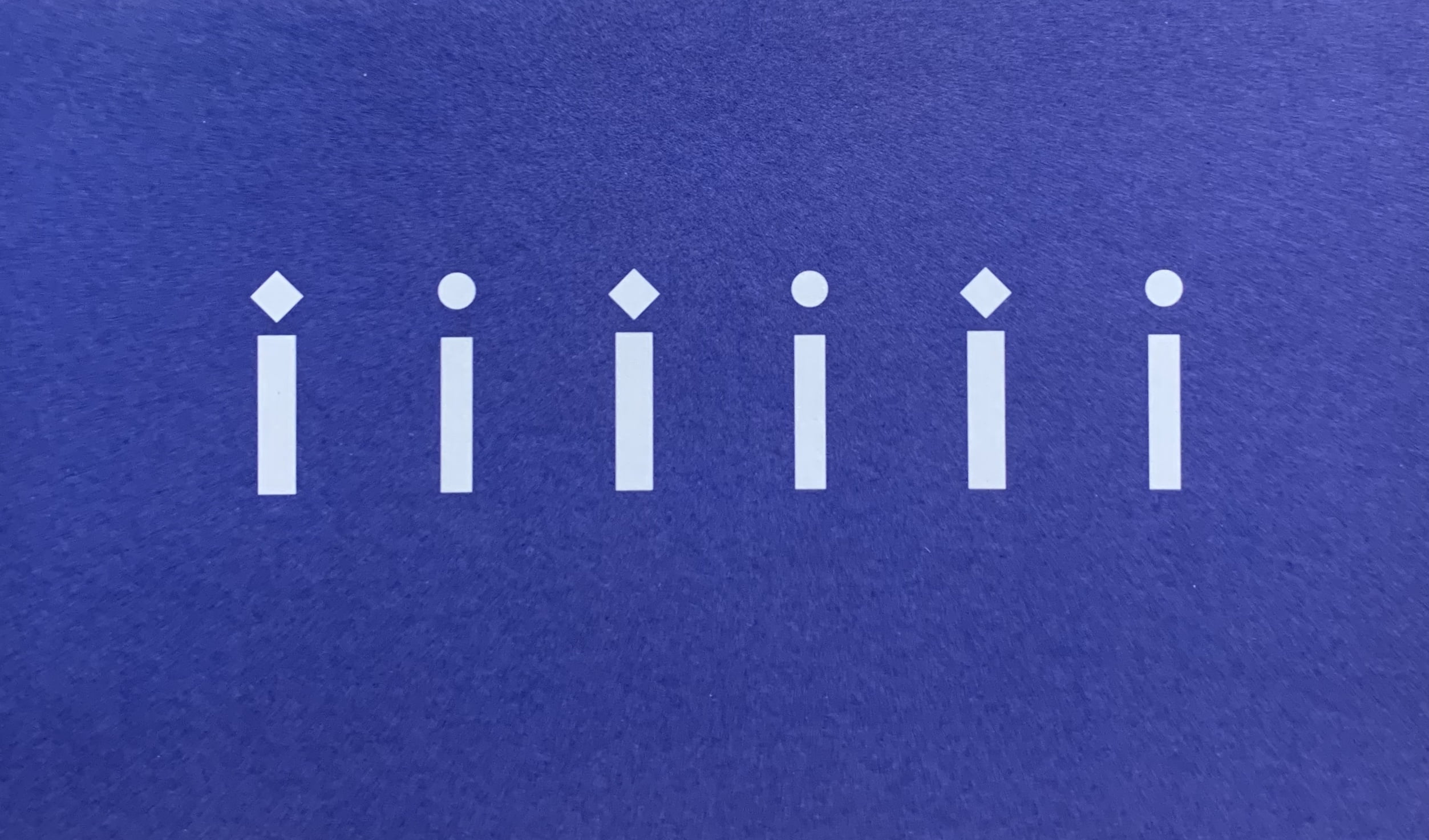 Posted at 09:18h in David Bellingham

Glasgow: WAX336, 2000
9 x 15cm, 4pp. Artist's card which alternates lower case "i"s in the fonts Johnston and Gill Sans on the front in white and blue. The shape of the dot over each eye differs between fonts: one is rounded and the other a diamond shape. Edward Johnston designed his font for the London Transport network in 1915, and Eric Gill designed his font around 1927.
The poem inside the card reads:
Johston's diamonds
Gill's pearls
Early concrete poem card by Bellingham. VG+. 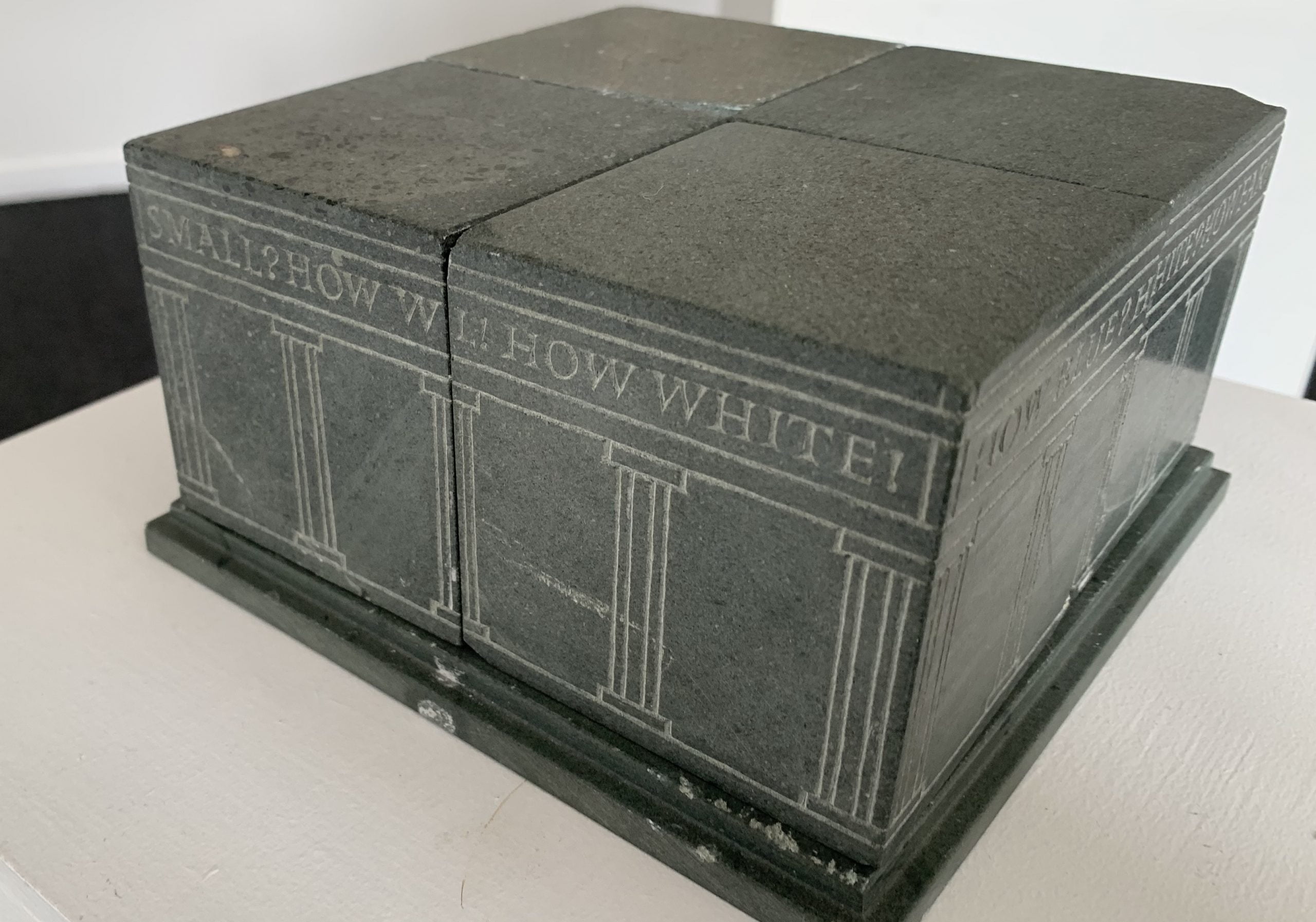 17 x 17 x 10cm, block of four etched stones on a marble base. An unique work with stylised Greek ionic columns holding a "frieze" with the words around the stones:

how blue! how far! how sad! how small! how white!

The texts are exclamations about a horizon where the sky meets the ground and a reminder how great forces are at work in the natural world hence this is a Romantic work.
This is an unique small work and not a maquette for a larger work.
There are small scratches and chips in the blocks but overall it is still in VG condition. We are not aware of the date of this work - we believe in the early 2000s.... 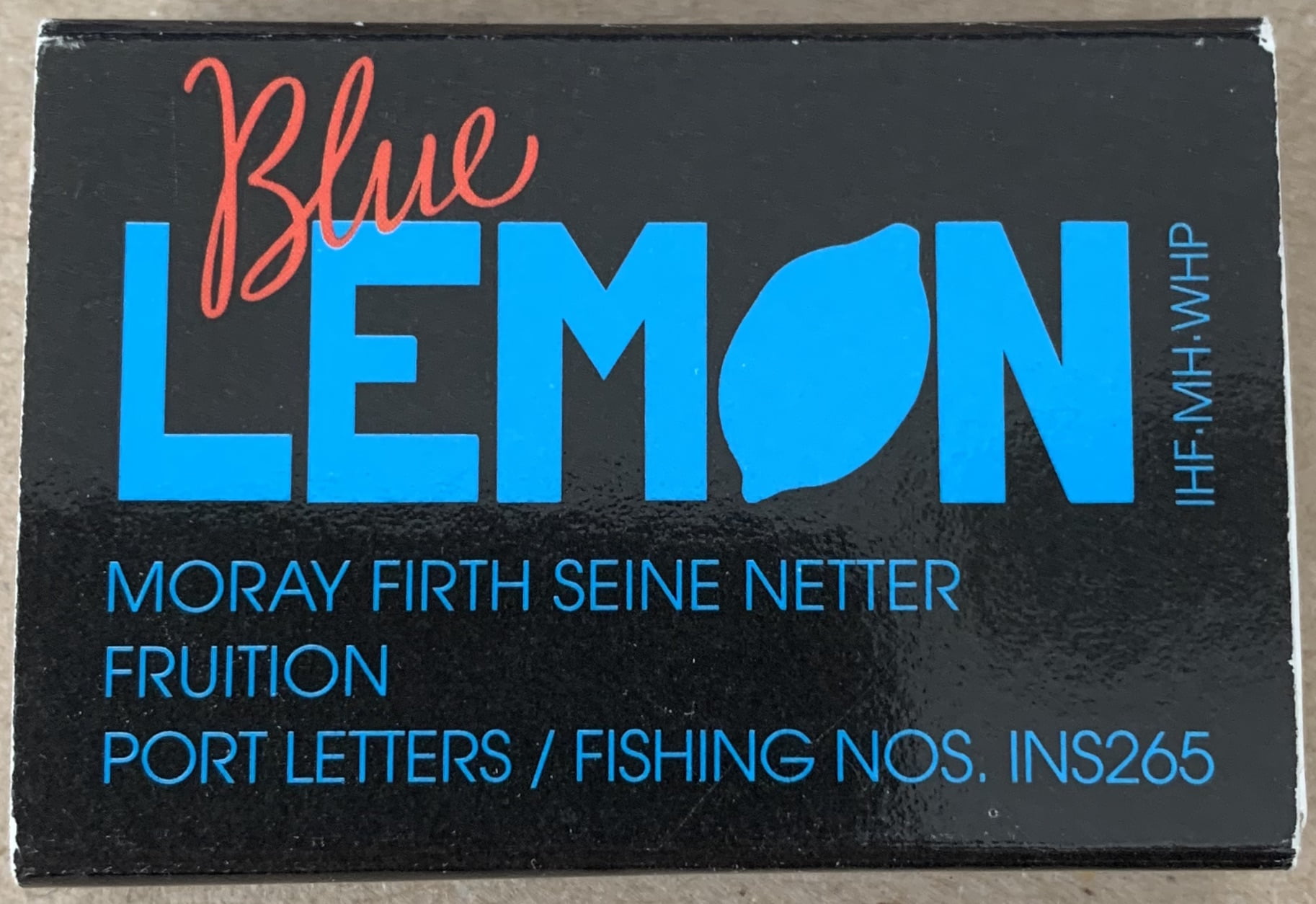 N.p. (Basel?): s.p. (Finlay), n.d.
2.5 x 3.5 x 0.75cm, two part printed matchbox content of blue tipped safety matches. The outside of the box has two separate sides – one being a promotional address and logo for a Swiss nightclub and the other (rather bizarrely) being an Ian Hamilton Finlay work with the name of a boat (Blue Lemon) with details of its port (Moray Firth) and boat number. We can find no reference to this in the Finlay literature and we do not know the limitation but it came from the collection of Finlay’s friend and collaborator Janet Boulton. In VG+ estate. Scarce.
Not in the Murray catalogue raisonne. 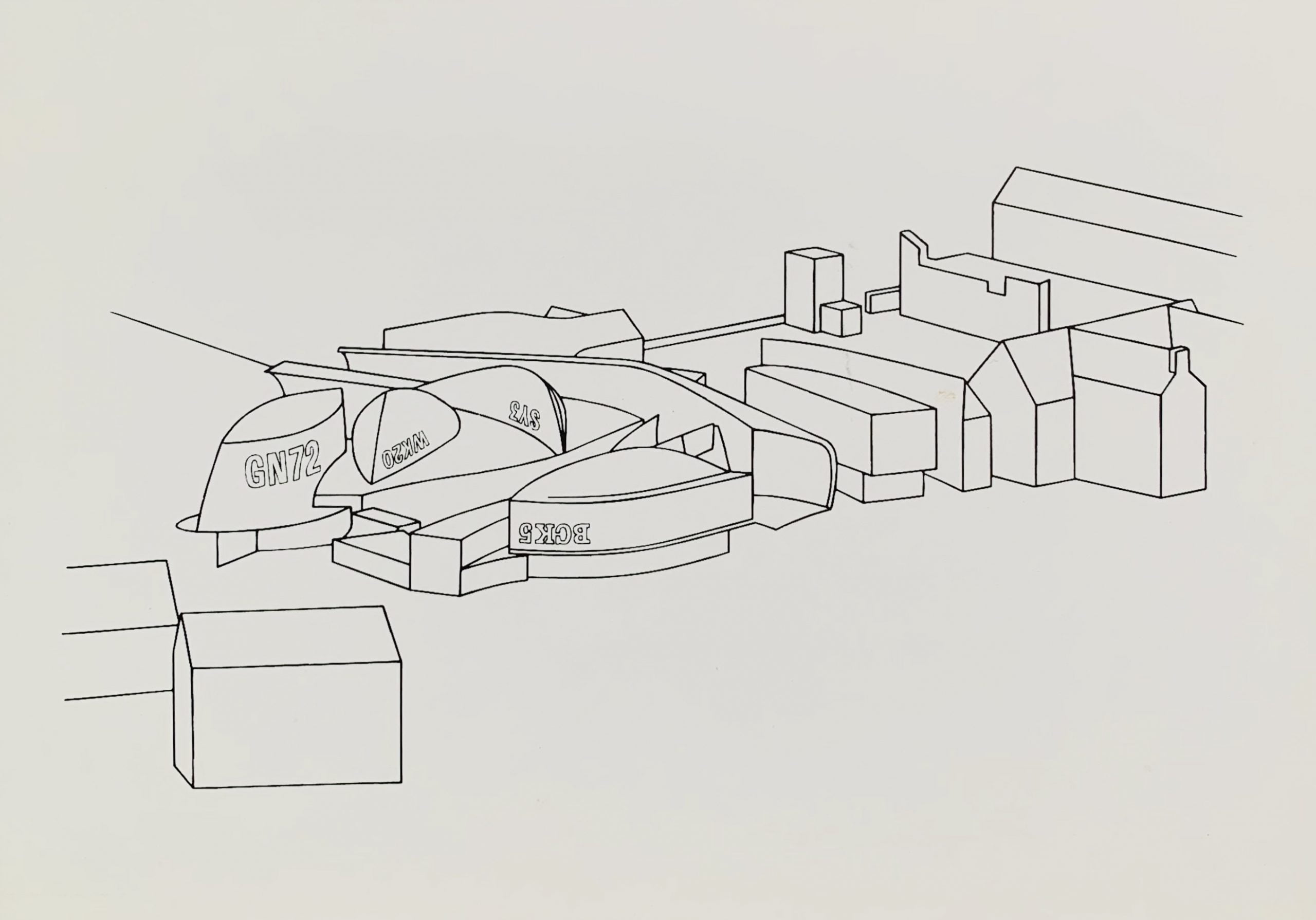 Posted at 11:17h in Invitation Cards

Edinburgh: City Arts Centre, 2000.
15 x 21cm, 2pp announcement card for a group exhibition relating to the formation of the New Scottish Parliament. The front of the card shows a Finlay work from 1999 with the new parliamentary buildings relabelled with boat's numbers.
The architect Enri Miralles used upturned fishing boats as an inspiration for his ridiculously stupid, not-fit-for purpose building (if you have visited inside you will note the rooms for the Members of Parliament are too cramped and their assistants have to sit outside the rooms in a sort of open plan area that is again far too small but Miralles died and they went ahead with it when redeveloping the Old High School on Parliament Hill would have made so much more sense - First mInister Donald Dewar pushed this through and it was one of his bad decisions along with others that affected this writer in his past employment in politics but we digress out of past ire).
The text on the back of the card is also somewhat damning of the building with its faint praise and Finlay's question that if the buildings are boats, is the Parliament at sea level? VG+.