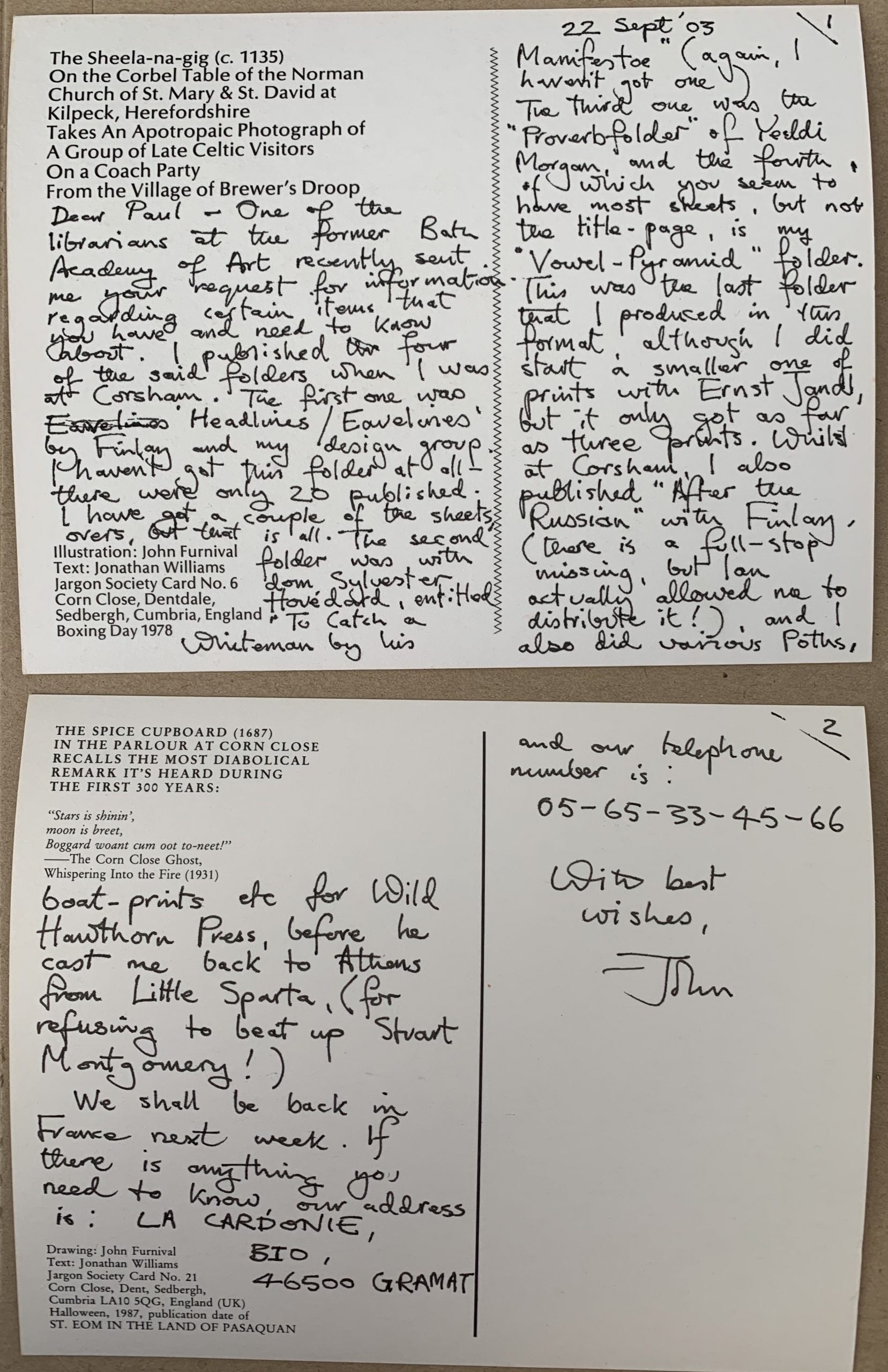 22 Sep LETTER FROM JOHN FURNIVAL TO PAUL ROBERTSON ABOUT WORKING WITH FINLAY. 2003.

Two different announcement cards for exhibitions by John Furnival on the back of which is a lengthy hand written note in black ink noting that a librarian at the former Bath Academy had contacted Furnival about Robertson's interest in the early portfolios Furnival printed at the college.
He noted that he had completed one with Finlay: "Headlines/Eavelines" and others with dsh and "Eddie" Morgan as well as one by himself. The note explains how only 20 of each portfolio were made and that a further portfolio with Ernst Jandl was planned but aborted after only 3 prints were made. The missive continues noting how Finlay had allowed Furnival to continue distributing "After The Russia" despite a full stop being missing in the text.
Furnival then noted his boat-prints for the Wild Hawthorn Press and how Finlay "cast me back to Athens from Little Sparta (after refusing to beat up Stuart Mongomery!)."
Furnival then invited Robertson to call him and supplied a number .
Robertson relates the tale told to him by Furnival in the subsequent call about how Finlay had hosted Montgomery for a few days at Little Sparta (then Stoneypath) but had fallen out with him during the drive to the train station where Finlay left him off so that he could go to Furnival next. Furnival received a call from Finlay while Montgomery was in transit "asking me to punch Stuart in the face as soon as he got off the train which of course I refused to do". Thereafter Finlay refused to talk to Furnival for not administering what he saw as justice for a slight and their collaborations ended.
JOPINT: Original mailing envelope franked 22 September 2003.